Angel: “I thought it was rude because the man’s pants fell down. When they danced all together I liked it, and I liked when the girl laughed without opening her mouth.”

Mia Star: “Happy as Larry was very good because I liked the dancing that they did. At the end we were clapping for a very long time. In the middle of the show the man’s pants fell down and we could see his bum.”

Jordan: “Awesome music, funny dancing, the best seats! The Best day of my life. Funniest dance moves ever. The boy’s pants fell down and we saw his doodle and bum. Wickedest day ever.”

Dylan: “I liked the first bit when the man’s pants fell down.”

Amber: “I liked when the man dropped his pants and we saw his rude part, and at the start when the girl was lauging.”

Annalise: “Very beautiful. Lots of chalk. I really liked the setting of the dance routines and I wanted to see the choreographer. I hope we see something else like it, but not the pants falling down.” 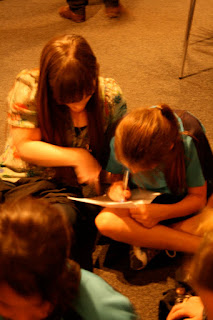 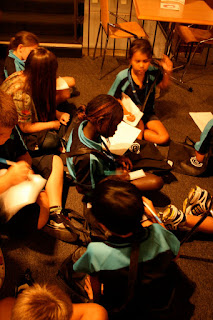 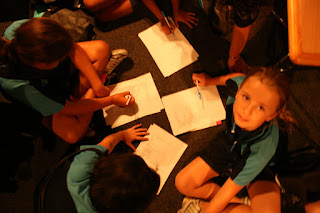 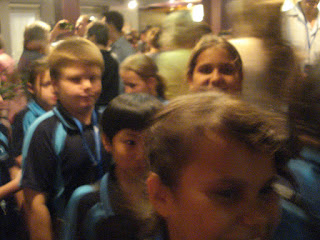 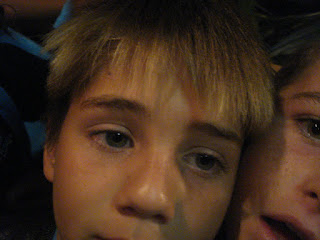 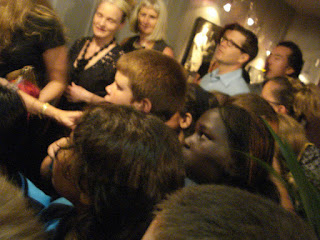 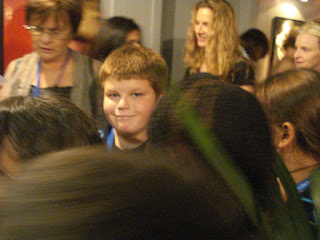 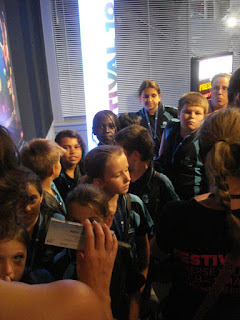 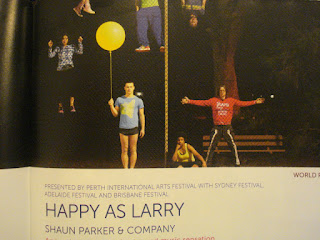