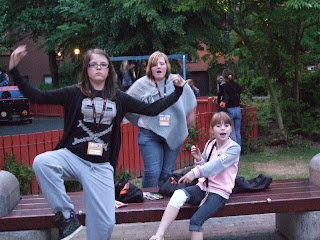 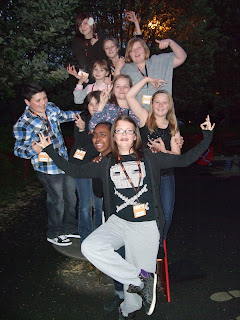 And Jodie swings with the ghost of Nicole 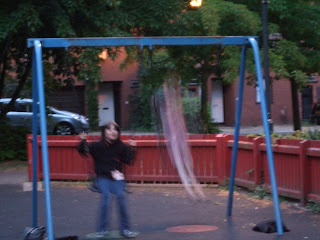 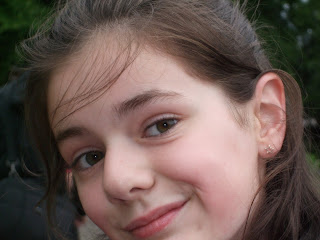 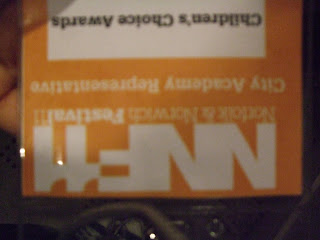 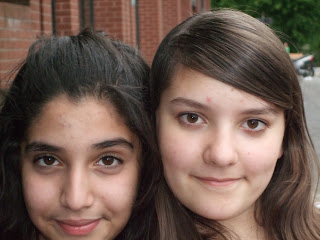 JURY ONE PLAYS IN A PARK BEFORE THE SHOW.
NO EDITS.

Tonight was another night of music. This time it kept the attention of our Jury, however they couldn't keep from crinkling their friggin water bottles, and why the plastic bag Hammoud? Are plastic bags back in fashion or something? Hammoud refused to put his food inside our fabric bags cause there was something about this bag that made him feel good. Didn't get it.

We listened to The Penguin Cafe Orchestra who played the famous "music for a found harmonium" which was featured in the movie Napolean Dynamite. I especially like the sound of a type of guitar that was a bit larger than a ukulele whose outer strings are octaves lower. I also dug the ultra speedy violin and viola work. The instrumentation of this orchestra was natural sounding and intricate, pleasant to the ear and layered with fun.

With three more shows left to judge (tonight included), there's plenty to organize for the Awards Ceremony. We found some dancers and singers in the group. Compiled images as background support and a list of their top tunes. 50 Cent is back y'all!

Cabaret Crusades and Scratching on Things I Could Disavow (Encore)

On Sunday Jury group #1 saw Wael Shawky's film 'Cabaret Crusades: The Path to Cairo' which was a historical movie performed by puppets about the crusades. There were supposed to be 2 parts to the film, but Wael's work was interrupted by the revolution in Egypt, so we were only able to see part 1. I liked the horse puppets best. 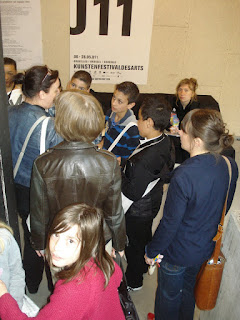 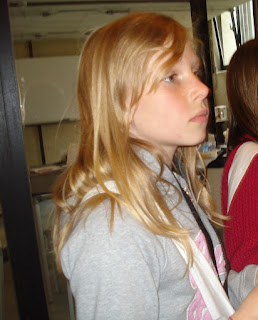 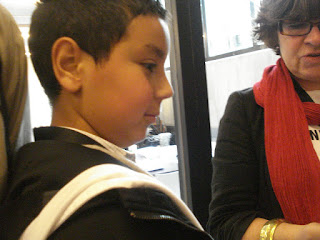 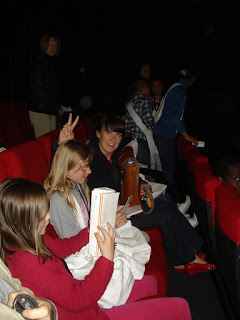 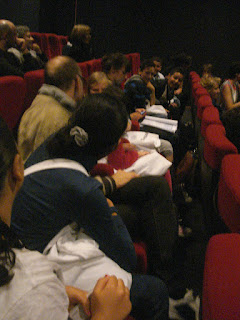 On Sunday Night, Jury group #5 was the second group to see Walid Raad's 'Scratching on Things I Could Disavow.' We were 'shushed' by some audience members and even the actor...but he still hung around to talk to the Jury afterwards while we ate brownies from the theatre bar. Mmm. 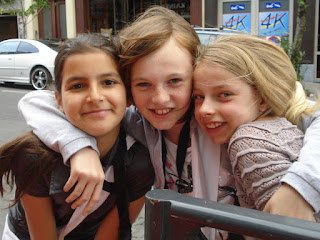 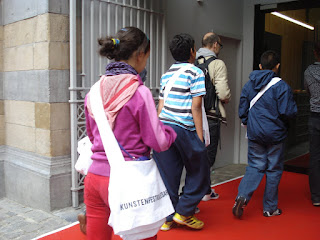 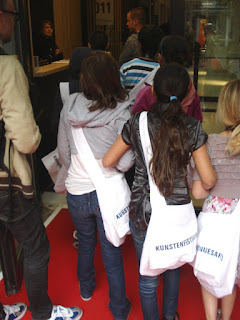 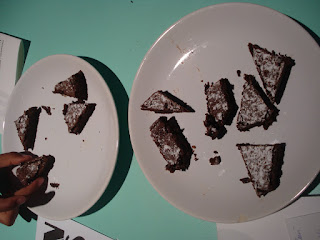 On Saturday night, Jury group #3 saw Rene Pollesch's 'Ich Schau Dir In Die Augen, Gesellschaftlicher Verblendungzusammenhang!' We sat at the front on cushions for the show, which was performed by one actor who spent most of the performance in his underwear or in spandex pants. There were lights and drums, there was music and spraypaint...Big hit. I thought Jury member, Victor, was going to spring up and run onstage on several occasions. It was both philosophical and funny, and the actor, Fabian Hinrichs, was really great. He has an entourage of 25 people who help him make that show happen, so we weren't able to inform him about the Jury's presence in the audience that night, but he was still willing and happy to pose for some pictures after the performance. 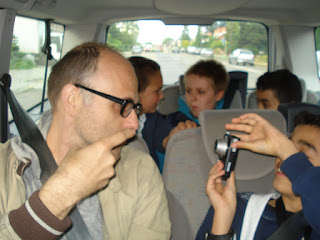 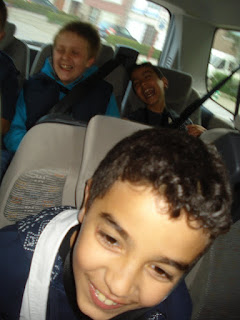 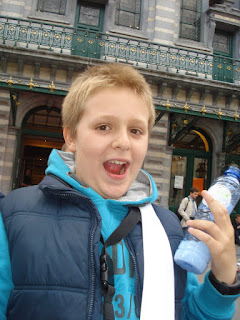 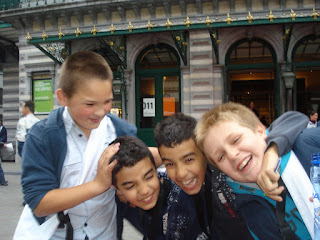 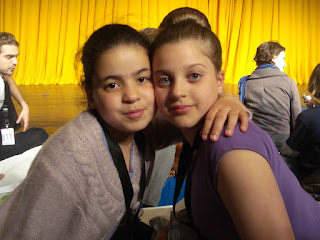 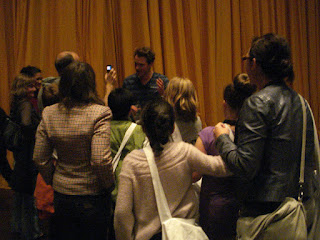 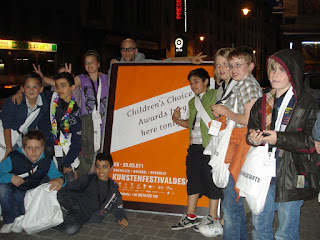