LIFT off // CCA in London 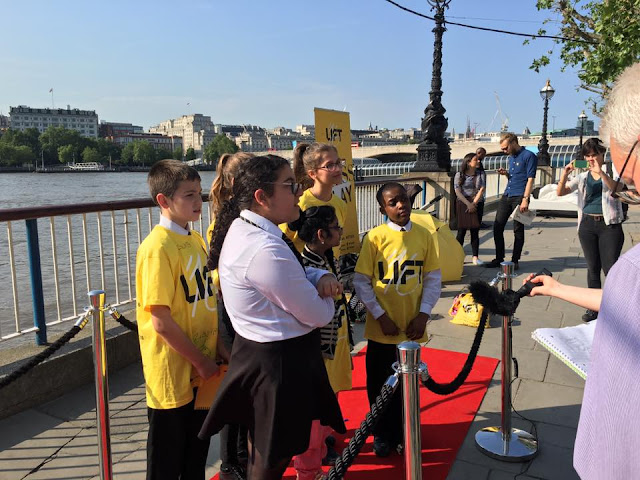 A busy morning of workshops, working with 30 students from Northumberland Park and The Vale Schools. A quick introduction into the idea of 'social practice' art, the idea that human relationships can be material for art too. Followed by a heated discussion around what kids can and can't do, looking at why it might be time to reconsider these rules. The group raising strong arguments for being able to drive, vote and party without adults. 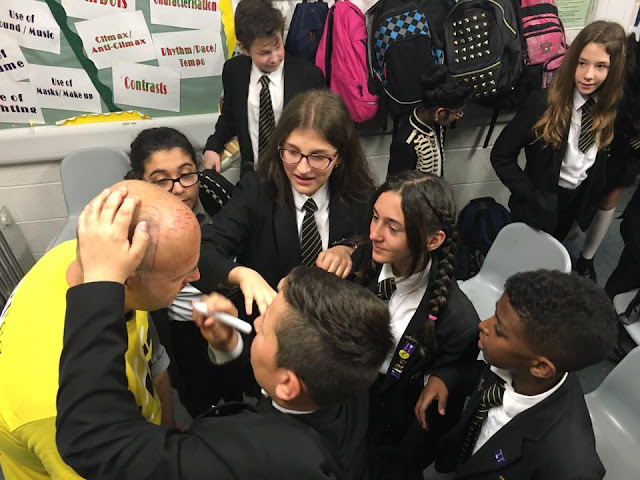 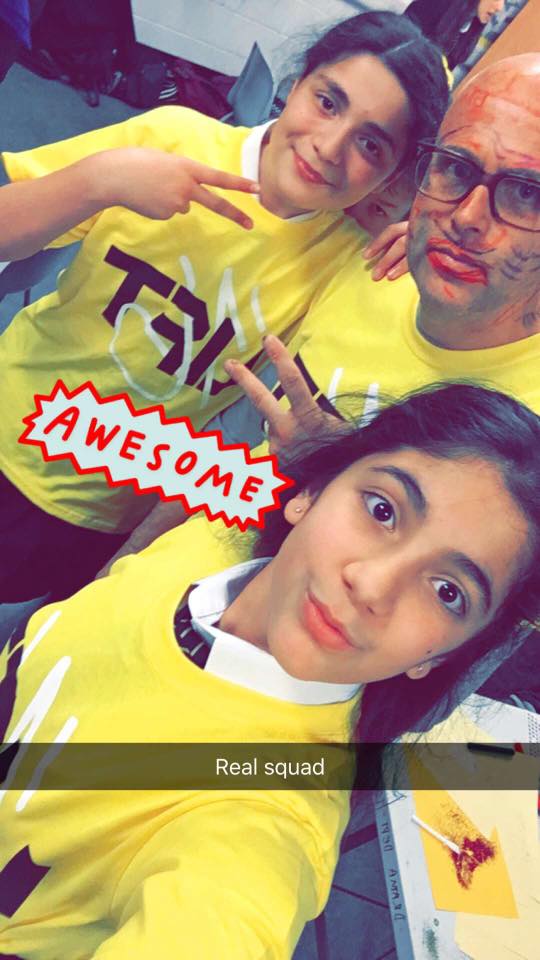 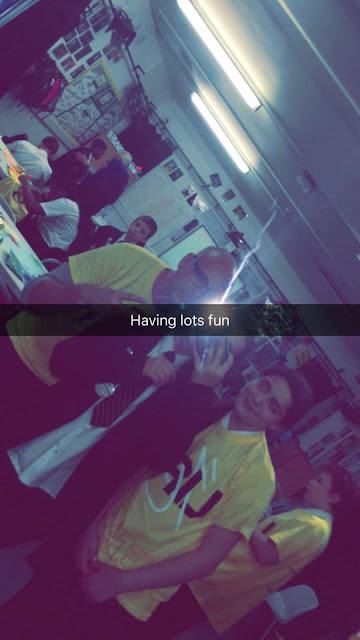 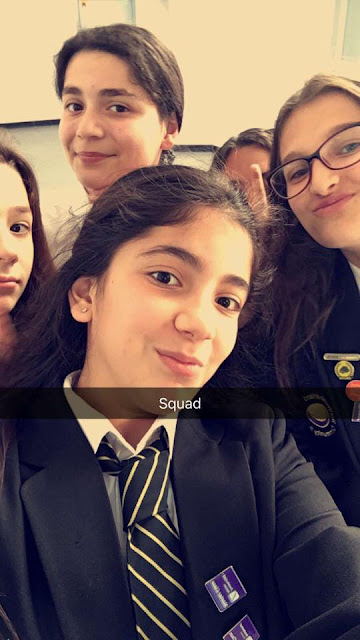 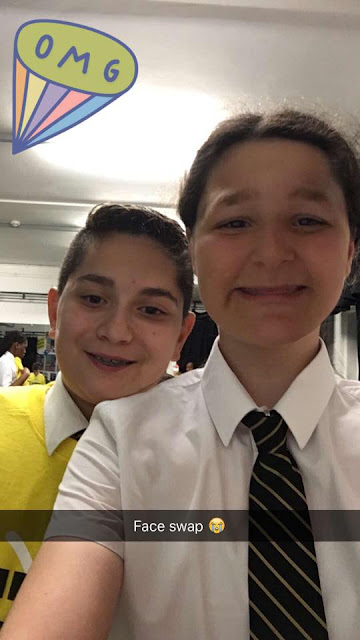 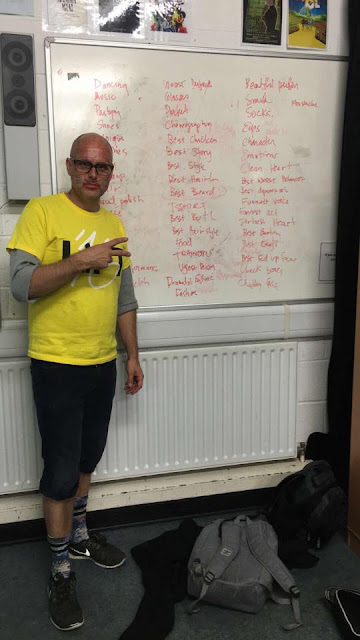 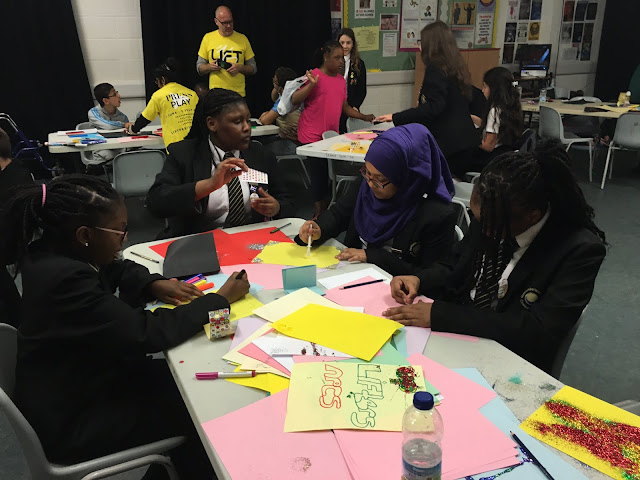 And then on to designing the awards and making the magnets to spruce up the VIP van, which will chauffeur the jury to each of the performances.

Theme of the day - too much glitter is not enough. 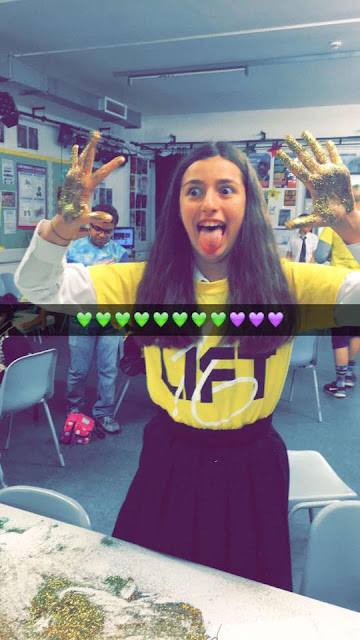 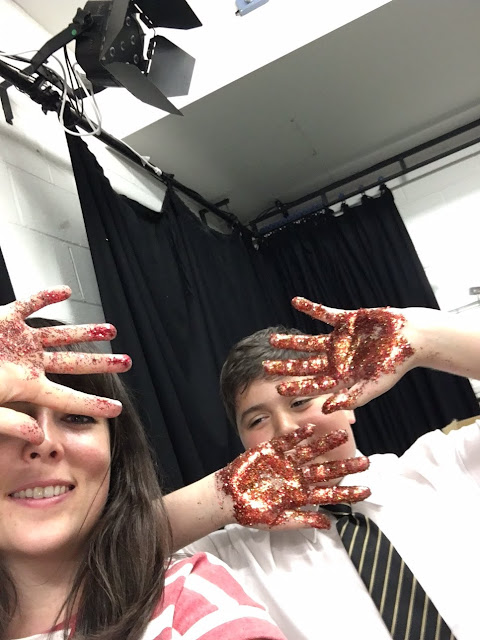 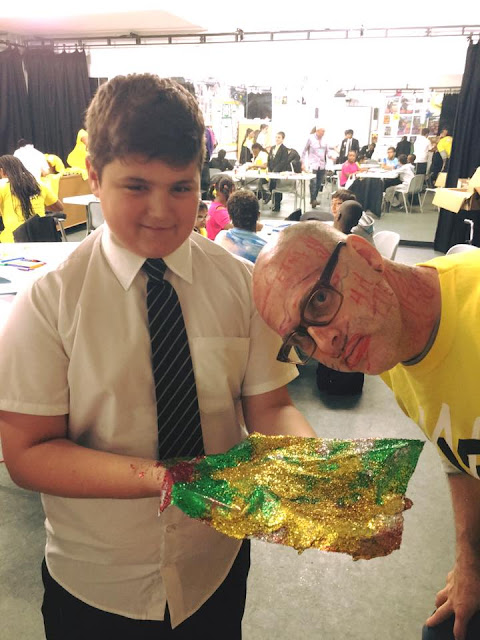 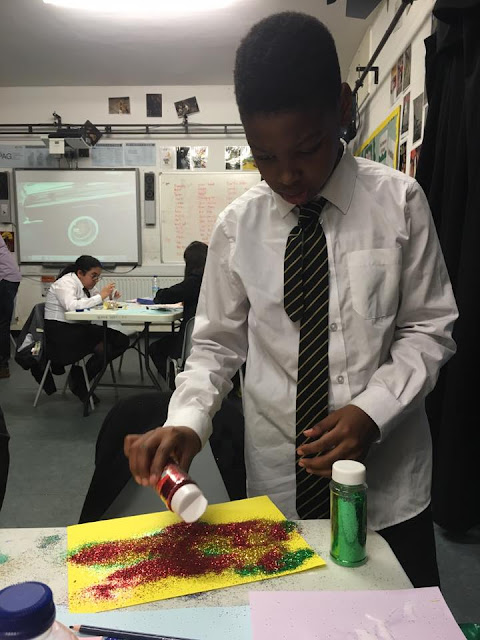 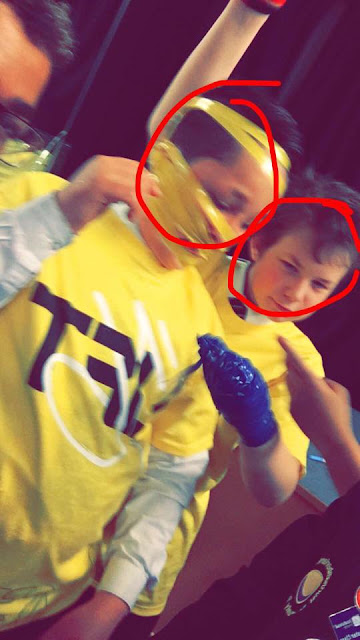 The jury travelled in style to their first performance EVERYTHING BY MY SIDE, by Fernando Rubio.

With Teddy on the playlist, the squad killed it with their rendition of Fetty wap's Trap Queen, with Jonathan demonstrating his insanely fantastic moves, really killing it. Who knew that these dudes know every single word of that very confusing song. Aaaaaammmmmmaaaaaaaazzzzzziiiiinnnngggg. 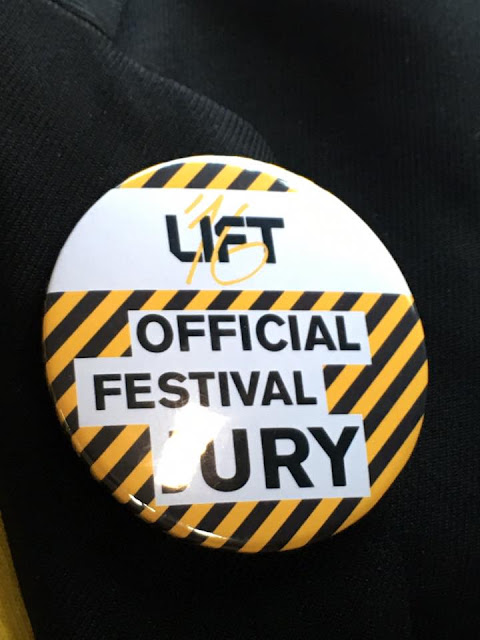 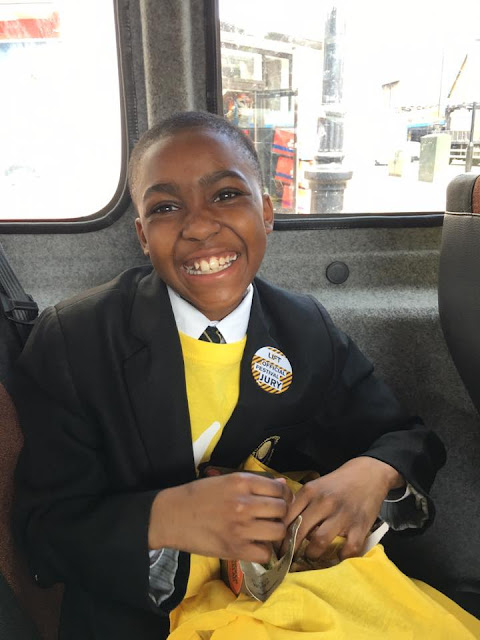 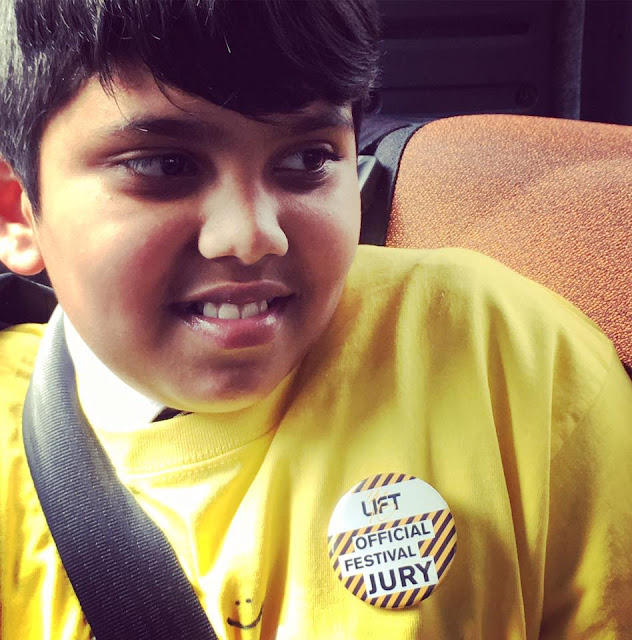 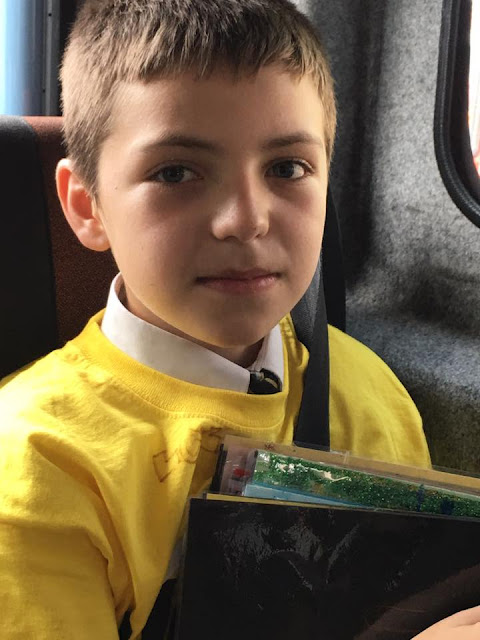 The VIP treatment continued with a red carpet entrance.
You can't escape the paparazzi anywhere these days, with lots of onlookers taking snaps. 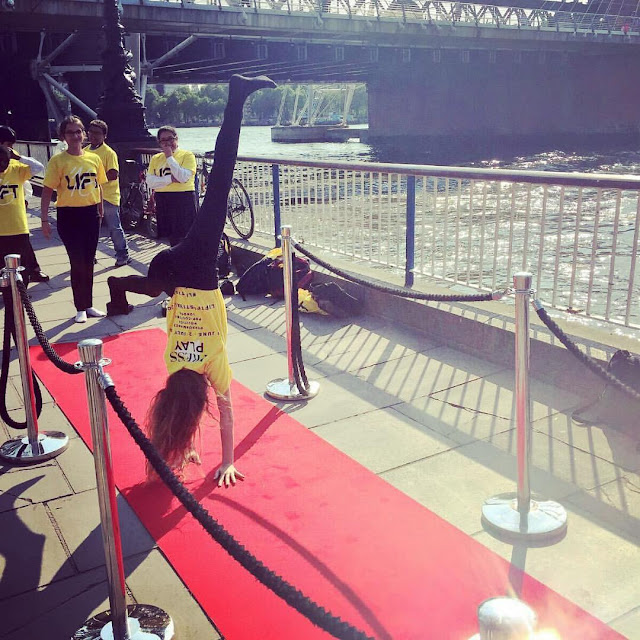 A pre-show huddle was made to explain the intimate nature of the performance - each jury member laid with a performer outside on a bed in Canary Wharf at Adams Place. The jury were excited and slightly apprehensive to see a performance in this format, but afterwards singing high praise for seeing a show that spoke so personally and delicately to each of them.

'The show blew us away, completely lost for words'
Maria (CCA jury member).

After the performance the Jury got to interview the creator of the show Fernando Rubio. 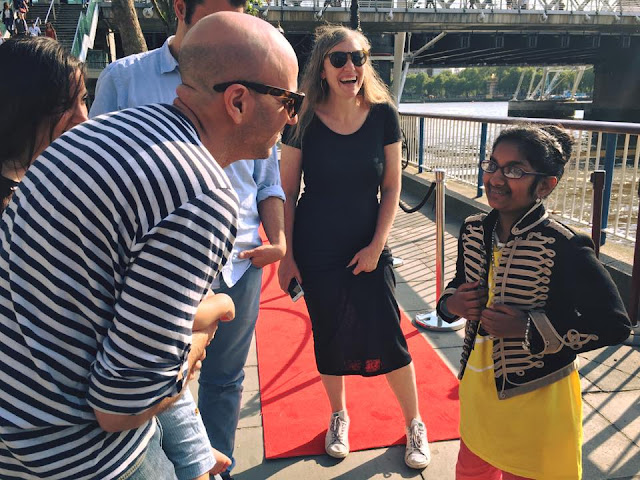 The Jury were treated to a special VIP tour of the Southbank Centre where we visited the Queen's Box and were told that the queen has tons of relatives around the world who love to use it.

A fantastic first day, ending with the Jury deliberating over the show EVERYTHING BY MY SIDE. The results to be revealed at the Children's Choice Awards Ceremony on July 1st. Stayed tuned!