So a bit more about the red carpet. 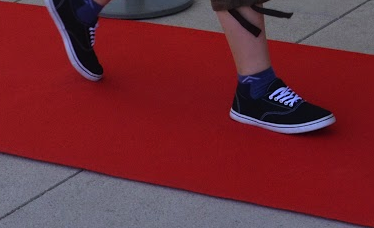 It has been observed that other performers in the festival (some of whom are children) don't get a red carpet so why should these children?

We're all pretending these kids are special as a performative act, an act which becomes what it says. "I now pronounce you man and wife" is just a bunch of words that makes no physical changes in the world, yet tax status changes, names change, social status changes. Lives are drastically altered.

"These children are important enough for a red carpet." Maybe if we say it enough, pretend it enough, applaud it enough it will become a little more true.

Let there be a red carpet: and there was a red carpet. And it was good.
Eingestellt von Unknown um 11:03 PM

Thanks to Anne Teresa for talking to us at 5 AM!!! 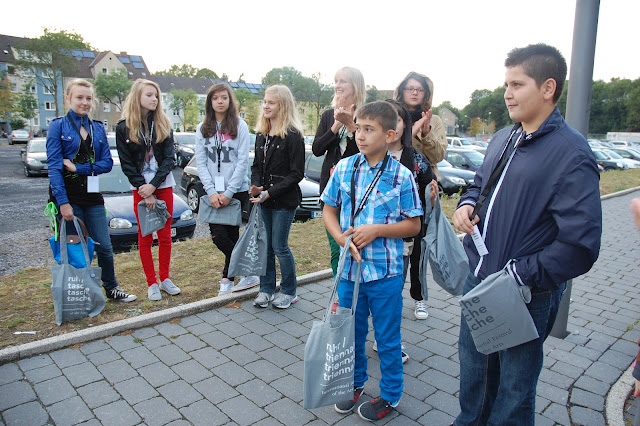 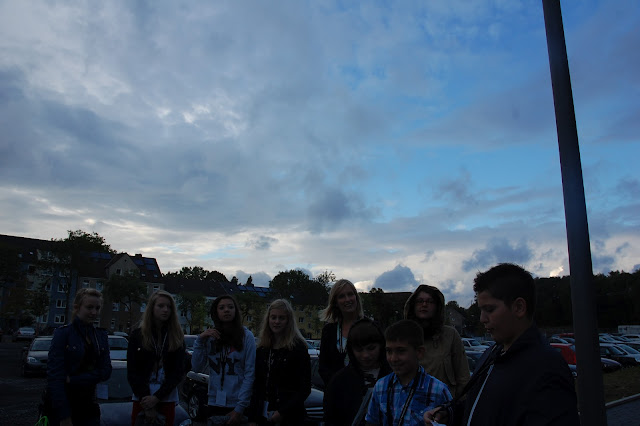 the sky was all sorts of crazy 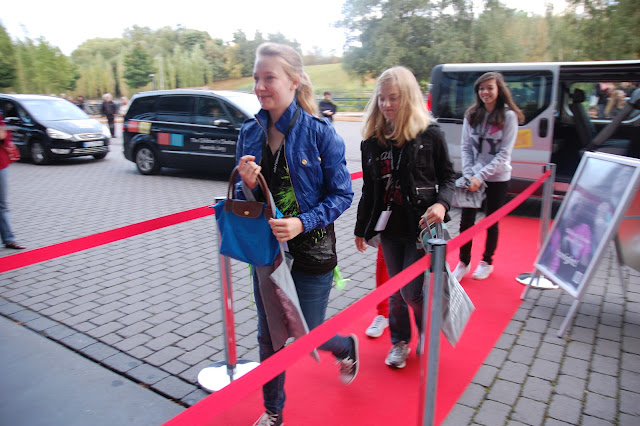 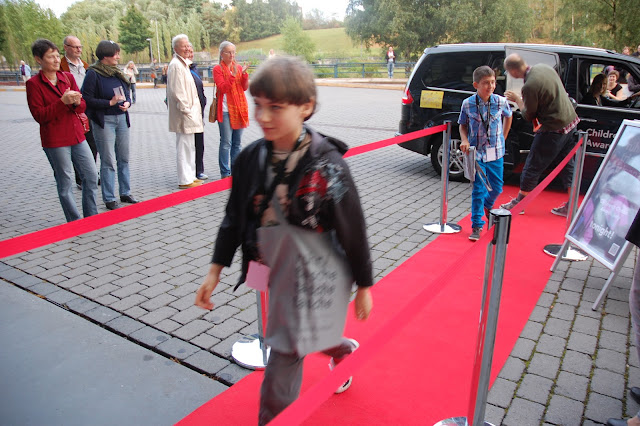 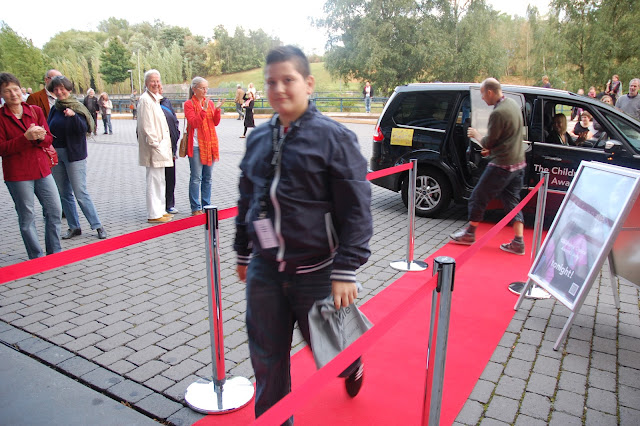 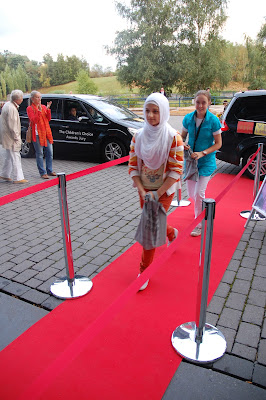 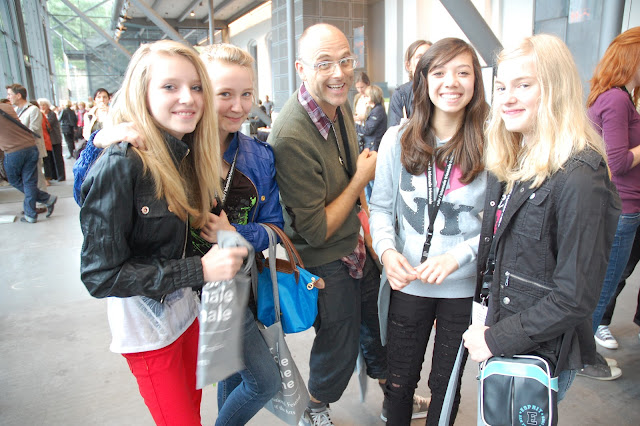 waiting for the show to begin in the jahrhunderthalle 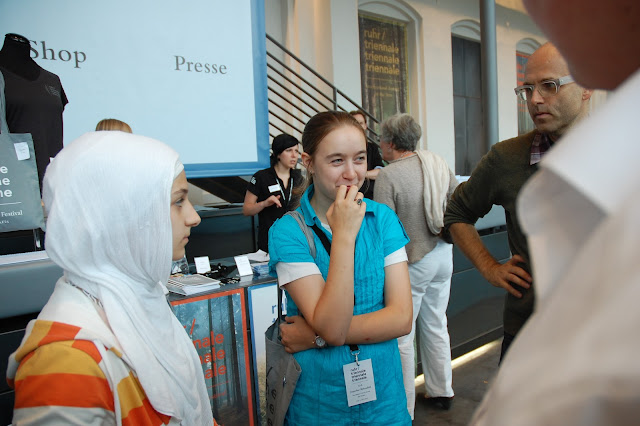 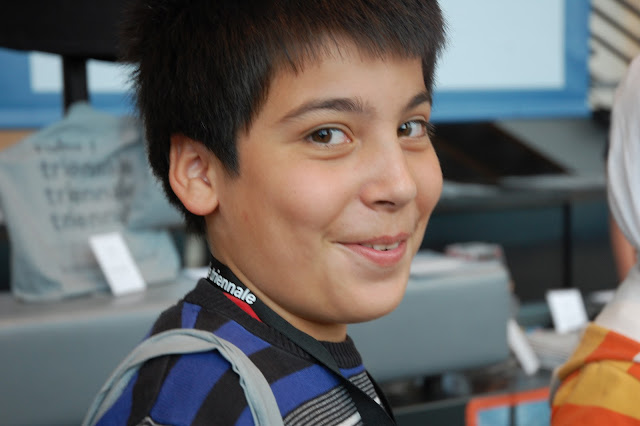 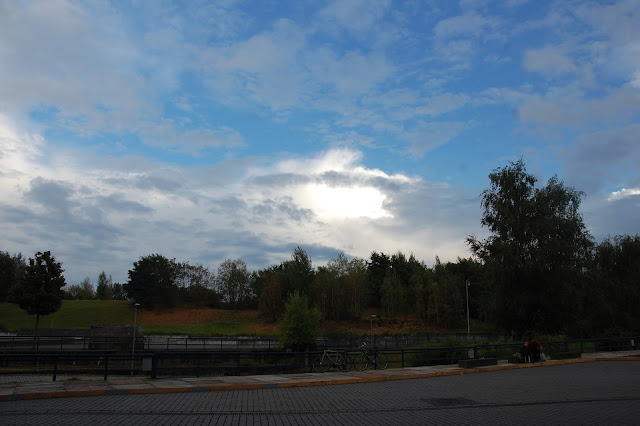 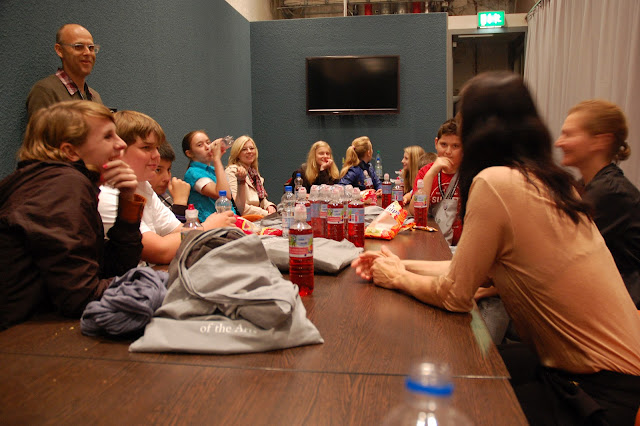 we had a great artist talk after the show with one of the dancers... she told the jury about what went wrong in the show (the brring brring of a cell phone), demonstrated a time she hurt her leg while on stage, and answered questions about being a dancer 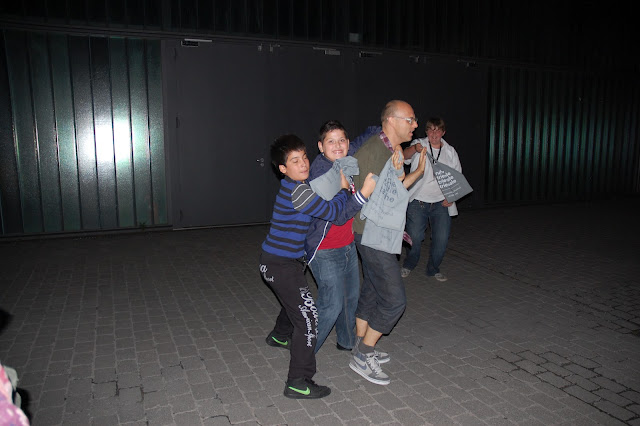 after evaluations, we went to Pulse Park, an interactive installation by Rafael Lozano-Hemmer that takes your heart beat and pulses it in lights across the field 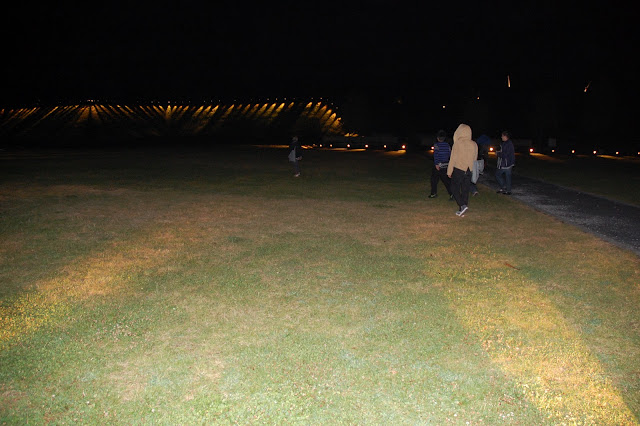 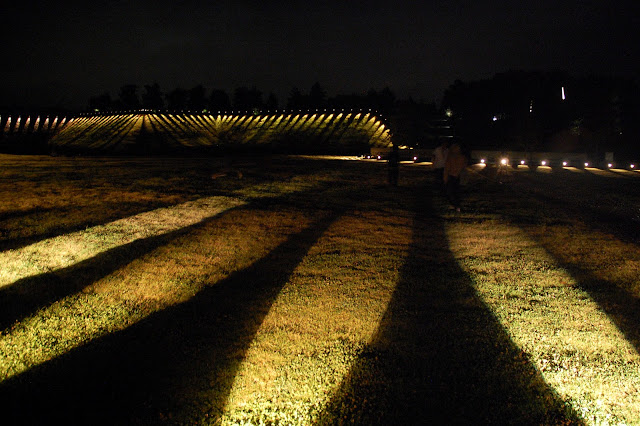 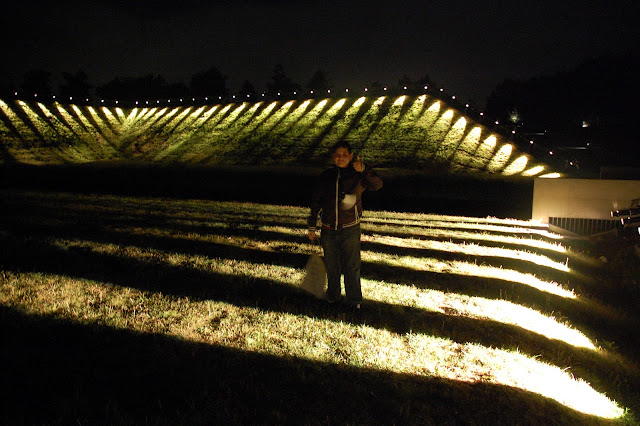 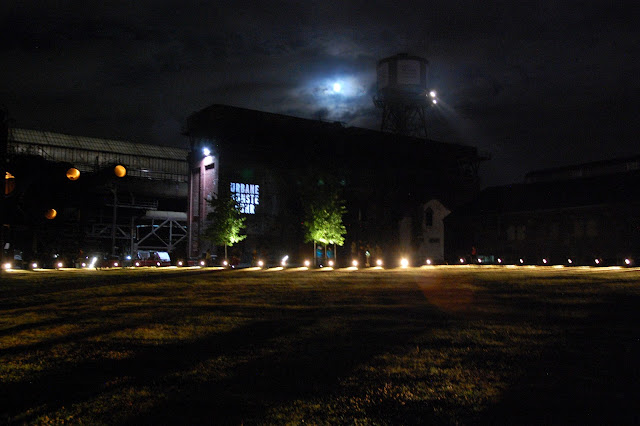 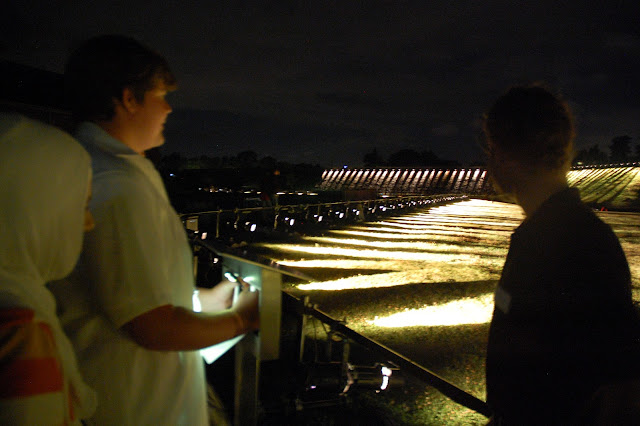 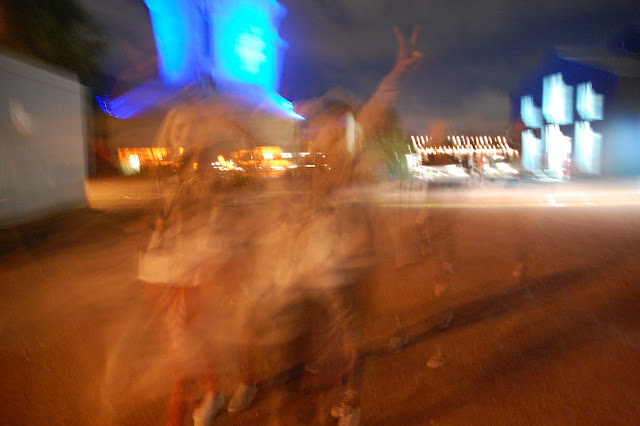