Nyakuch: “It was very funny and I couldn’t understand some of the language because it was a bit different, but it was still good. I liked them when they were talking because it was funny. I liked the part when one of them picked up the phone and talked because he was so funny. At the end we got to talk with the people that were performing and they learned the language by listening to French stuff and they try to copy them. They also copied Russian language too.”

Mahima: “I thought the show was funny in some bits.”

Amber: “They are talking gibberish and it is funny.”

Tekara: “I couldn’t understand them, they drank coffee- it was funny. I like the part when the guy was dancing with the other guys. It was good. One guy dressed up as a Chinese guy. When they drank the coffee the cups lit up! They shot a guy but it was not real.”

Angel: “I thought that it was really funny and when the phone rang and the guy answered it was so funny.” 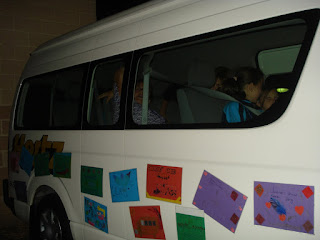 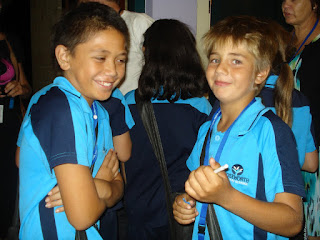 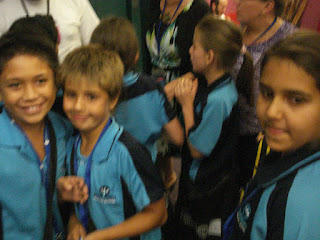 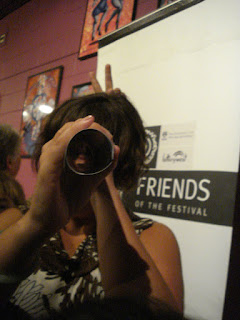 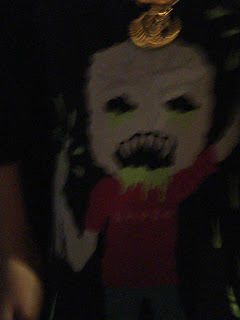 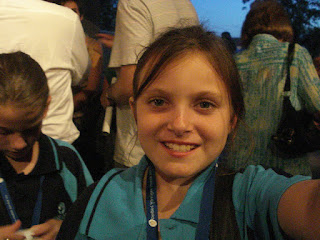 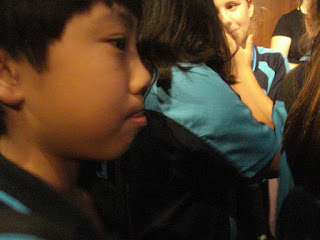 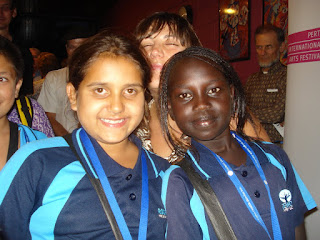 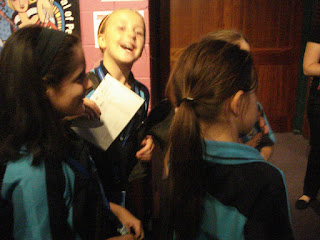