On Thursday, Jury group #3 saw Zuleikha Chaudhari & Raqs Media Collective's 'Seen at Secundrabad.' It was a multi-media performance with dance, monologue, random actions and sound, backdropped by a projection of an old photograph that was obscured, but gradually became clearer, while simultaneously moving closer to the audience (on some kind of track overhead). I appreciated the piece's investigation into the photographic archive, and themes around historical authorship and construction, omission, memory...but I have to admit, from what I've seen so-far (which, admittedly, isn't very much) this kind of multi-media performance isn't my favourite genre. Best moment: red balloon. 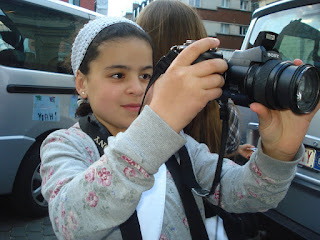 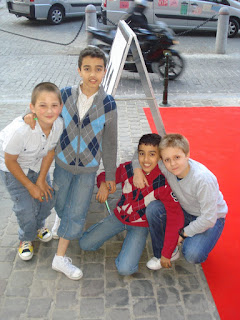 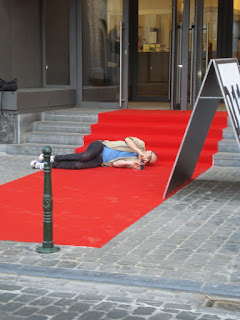 Darren lying on the red carpet, setting up an entrance shot... 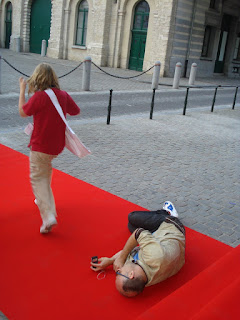 The Jury jumping over Darren (of course) 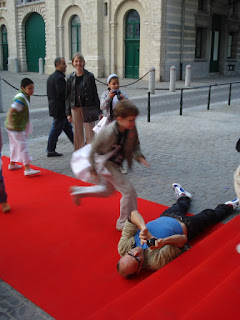 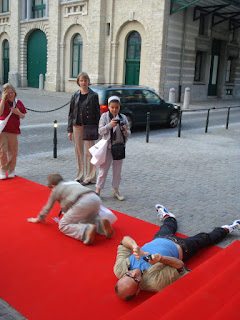 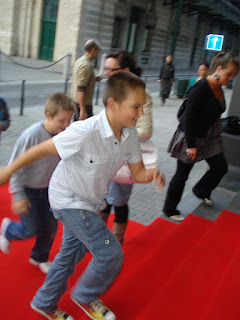 On Friday the 13th Jury group #4 tackled depression and loneliness in Fabrice Murgia's 'Life: Reset.' I liked the use of music, sound and projections in the piece. The rabbit reminded me of Donnie Darko. After the show the kids got to go backstage with Fabrice, who showed them how the technicians created the various scenes by moving pieces of the set (ie. the bathroom, bedroom, etc.) around, how the screens worked and where they placed the cameras to create the projections. The Jury also got to meet the star, Olivia Carrere and her double. 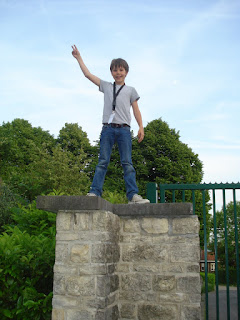 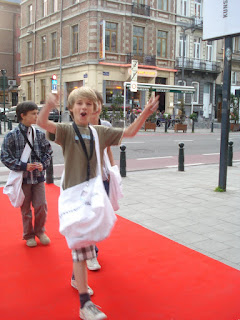 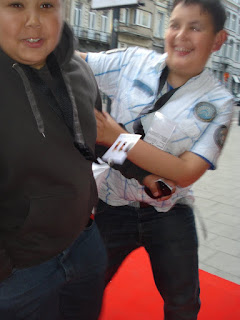 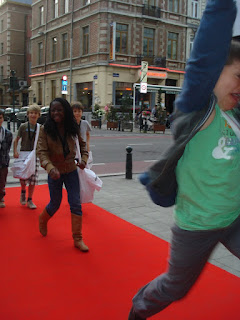 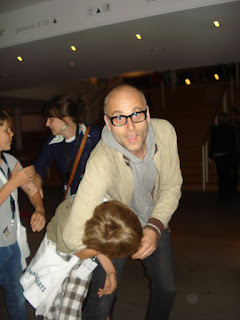 No children were harmed in the taking of this photograph 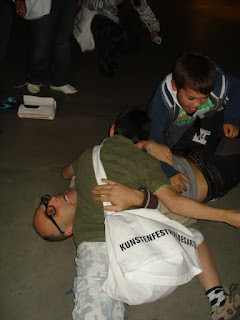 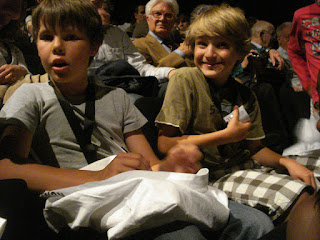 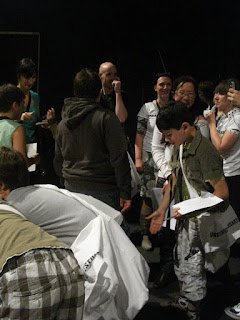 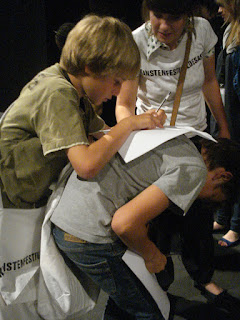 What are friends for? 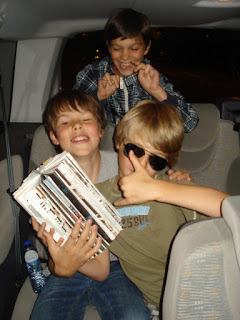 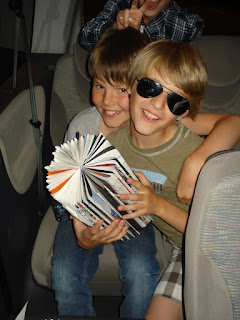