On Tuesday, Jury group #4 saw Dominique Roodthooft's SMATCH2 at Les Tanneurs theatre. This show had a lot of good things going for it: footage of donkeys, a guy wearing a hand-knit donkey mask, real live earthworms, diorama that included volcanoes and tsunami in action, videos (including the Double Rainbow Youtube sensation), headstands, a fiddler/violinist, scientific funfacts...somehow all put together it didn't wow me. But I still enjoyed it. We have our first sleeper, Wassim! 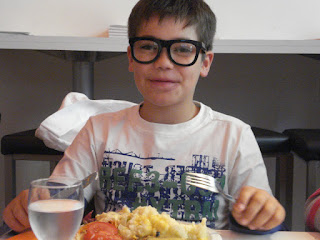 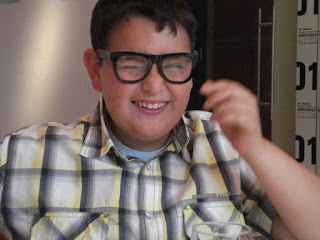 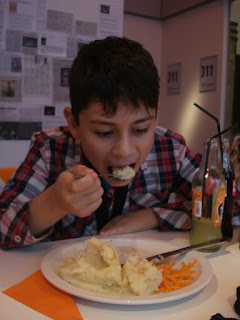 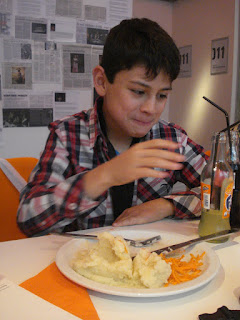 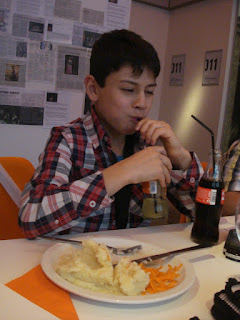 Apparently the mashed potatoes were gross, but Fanta cures all 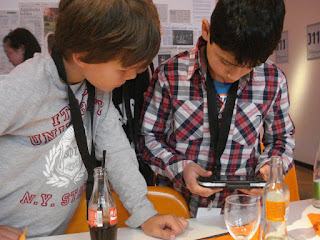 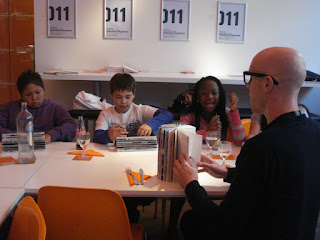 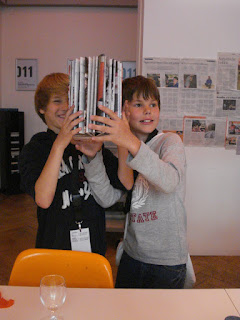 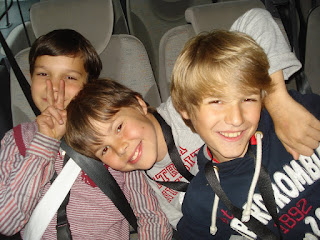 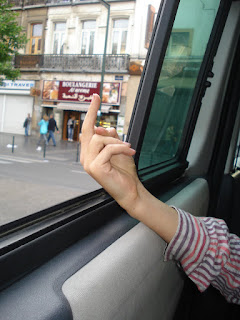 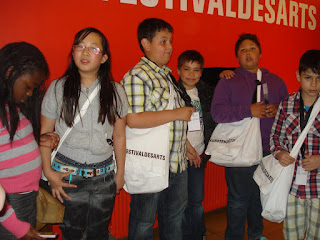 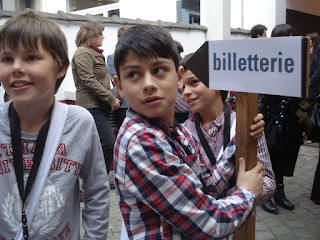 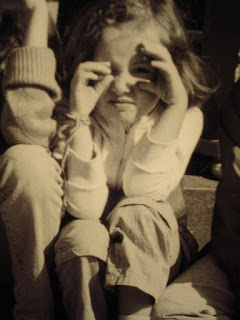 Me, according to the Jury 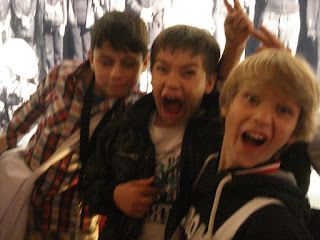 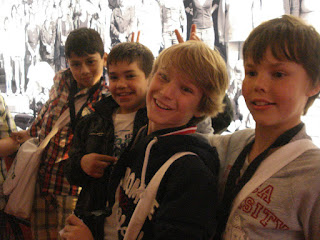 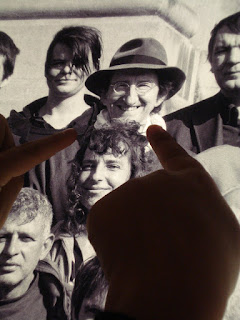 Darren, according to the Jury 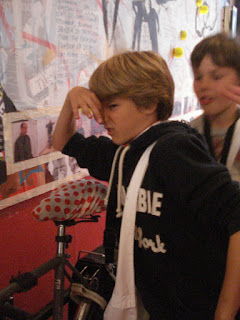 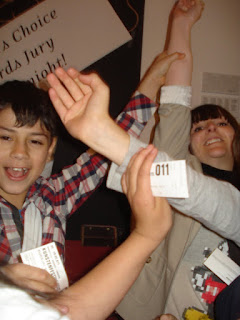 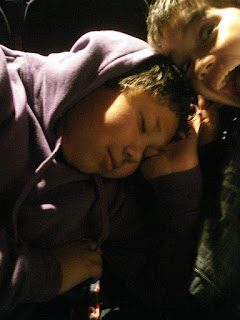