'The Sonic Life of a Giant Tortoise' and 'Stadium/Stadion #3'

Tonight Jury group #3 saw two shows in one night! 'The Sonic Life of a Giant Tortoise' by Toshiki Okada was a minimalist play performed in Japanese and subtitled in Dutch and French. I was able to follow most of the French subtitles, so I think I caught most of the story, which was about some 40-somethings going through a bit of a mid-life crisis. Sometimes it was hard to read the complicated text and watch the performers at the same time because my French isn't great. I liked the part where they're talking at the party, and the actor with the frizzy hair. He gave the audience big hearts at the end. The Jury got to meet Toshiki backstage, and asked him some questions about the show. 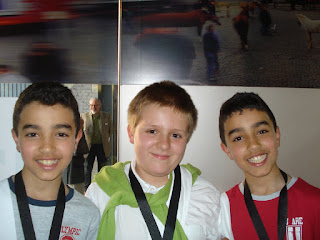 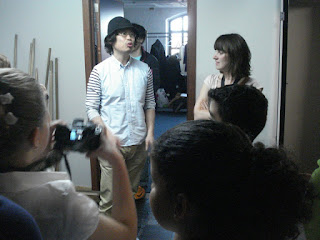 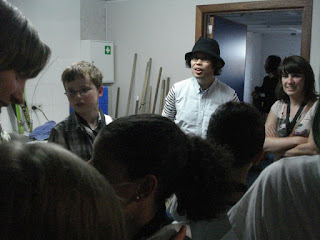 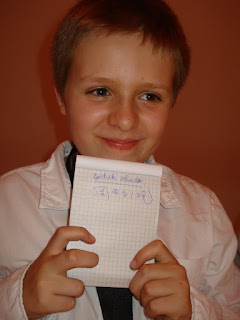 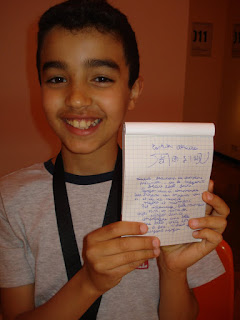 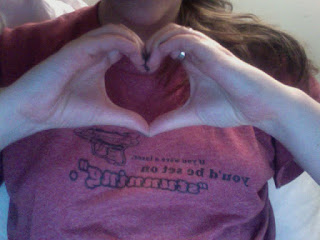 Then the Jury ate some dinner together, and went on to see an installation in the city centre called 'Stadium/Stadion #3' by Jozef Wouters and Menno Vandevelde. The installation changes every day, but tonight they had built a big box around a larger structure that you could go inside. It was dark, and in the middle there was a long ladder to climb down into an enclosed room that had thick mattresses on the ground. It was a lot of fun- we hung out there for a bit and the artists talked to the Jury, asked them questions, and answered questions. They were curious whether the Jury thought their installation was more like a show or a performance...the kids' response was mixed, but I think 'performance' prevailed, according to one Jury member, because "performance has a certain quality." 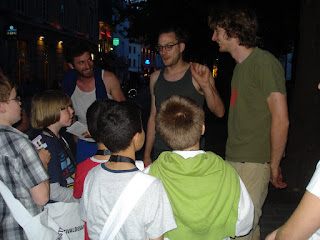 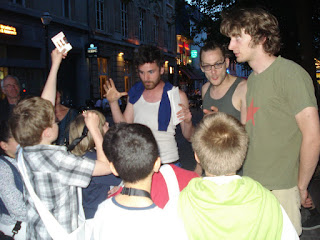 Meeting the artists before going in 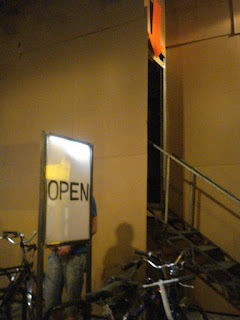 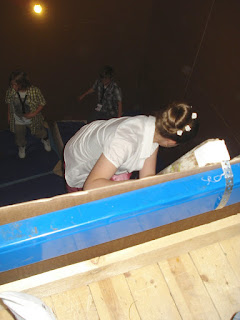 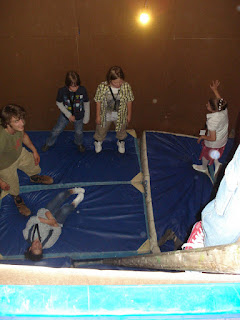 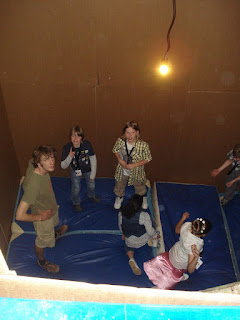 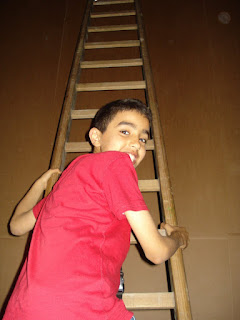 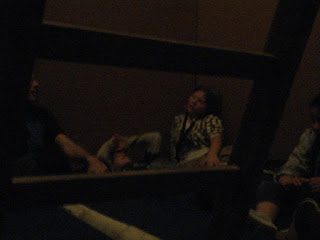 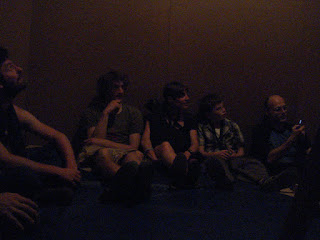 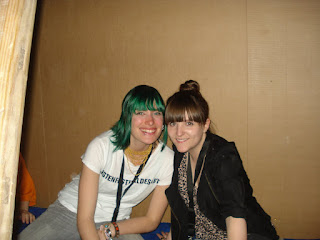 Me and Jeanne-Renee inside the box. She's our awesome volunteer who's also Canadian! She's from Montreal :) 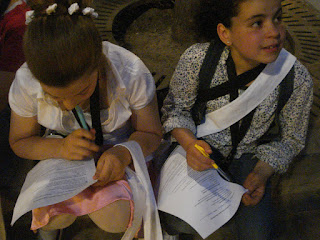