The jury saw Life and Times, Episode 2 this past Thursday, a musical extravaganza created by Nature Theater of Oklahoma. The show directly excerpts text from a 36 hour phone conversation between the directors of the company, Pavol Liska and Kelly Cooper, and a female friend (one of the members of the company, we were later told) who told them her life story. Episode 2 is part of a larger series, set to music and dance, focusing on her memories of grades 3 to 9, a time period this all-girl jury has just, and is still, experiencing...

first though, the Duisberg girls had to climb the cute yellow bird. 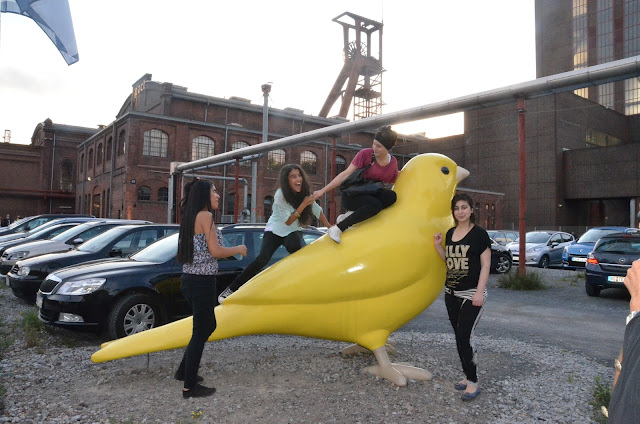 they waited in anticipation for the promised Justin Bieber appearance 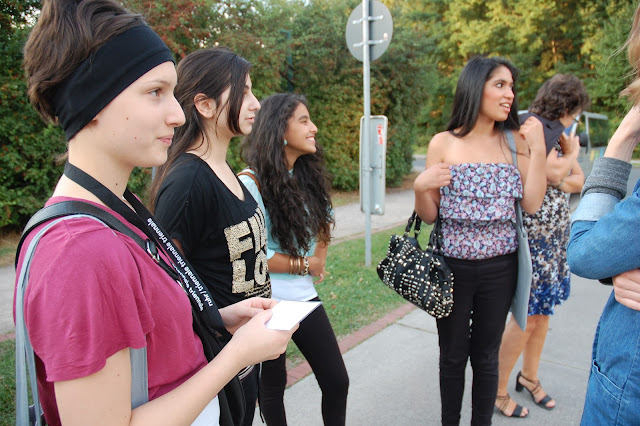 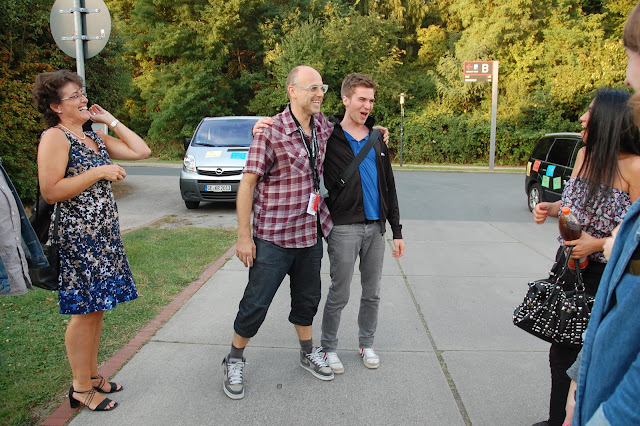 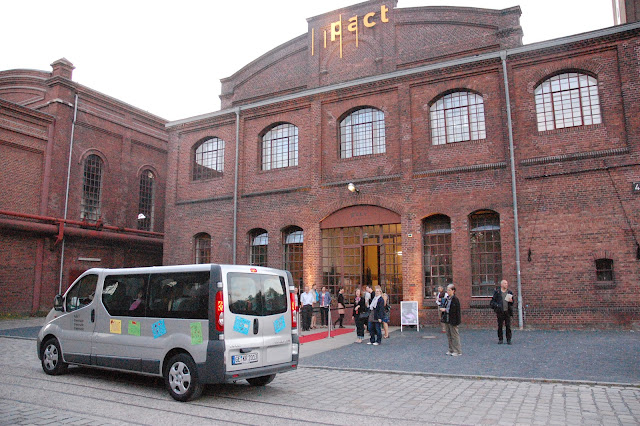 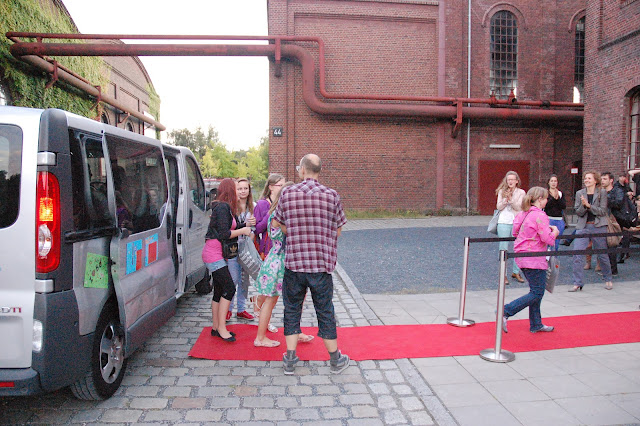 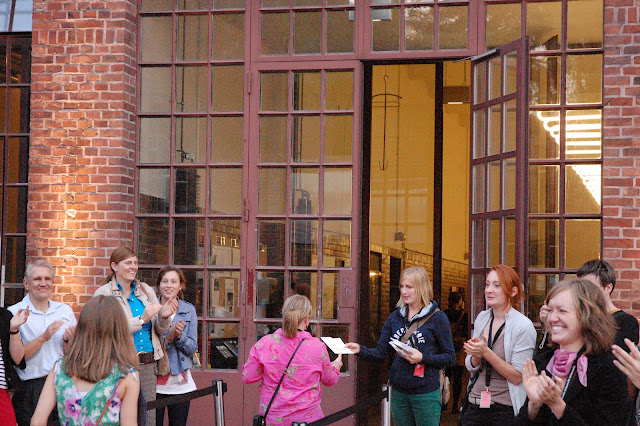 waiting for the show to begin 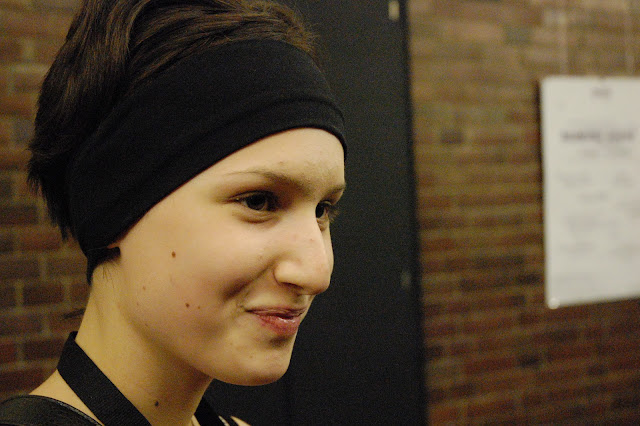 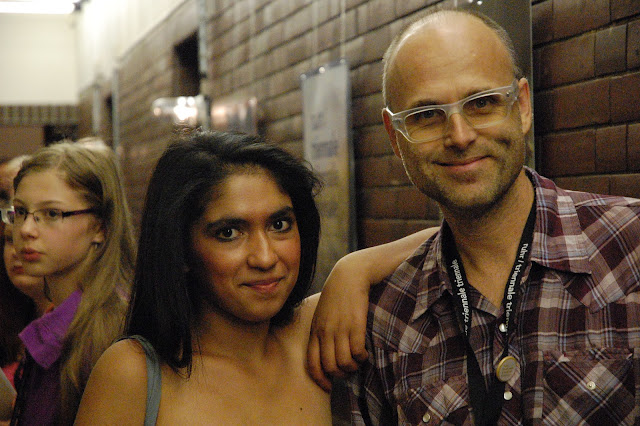 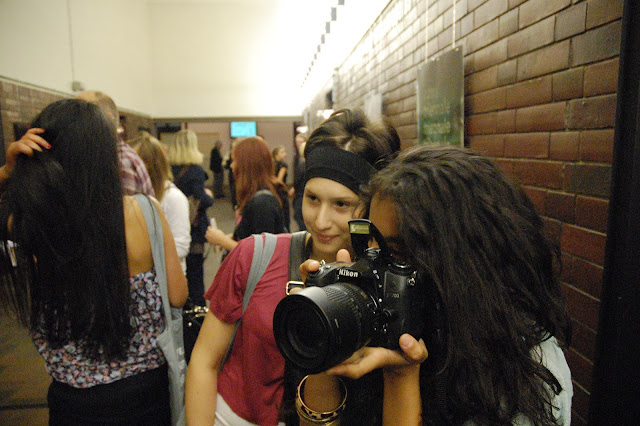 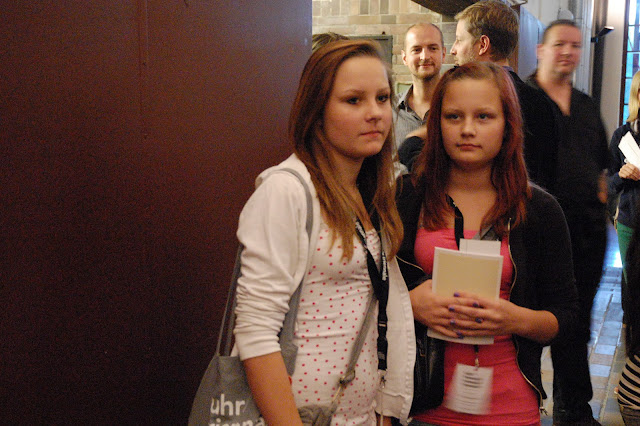 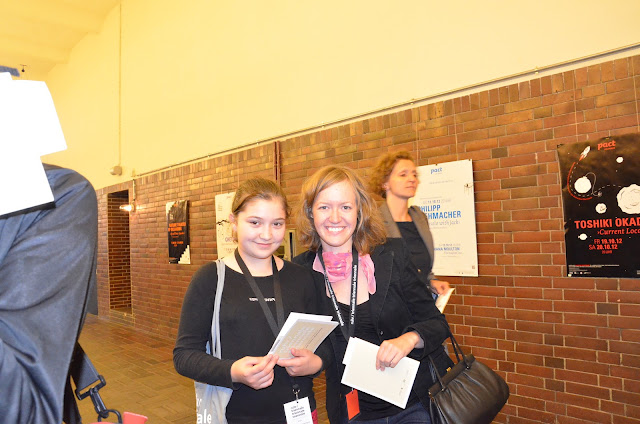 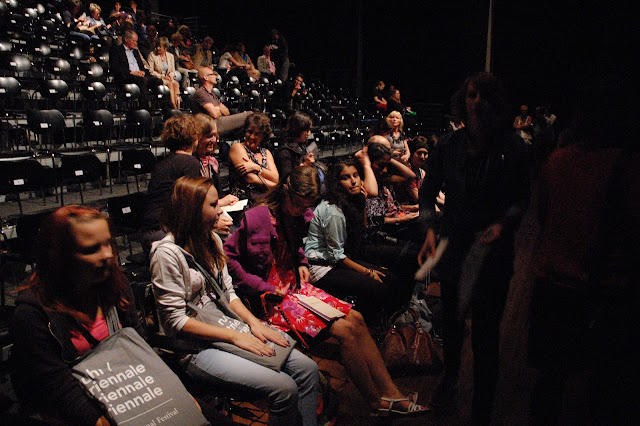 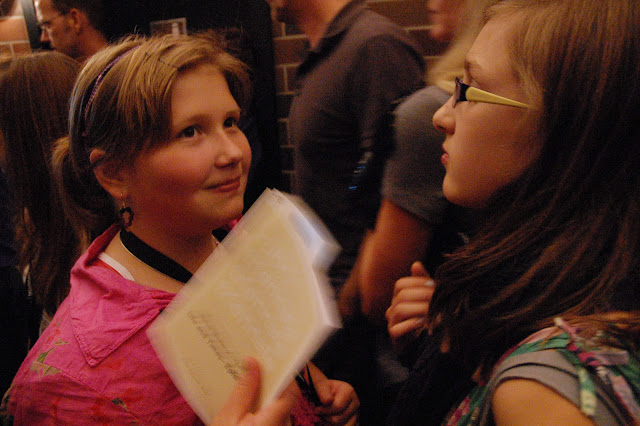 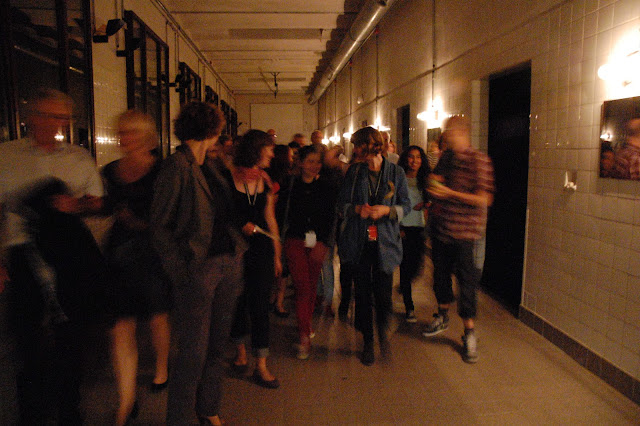 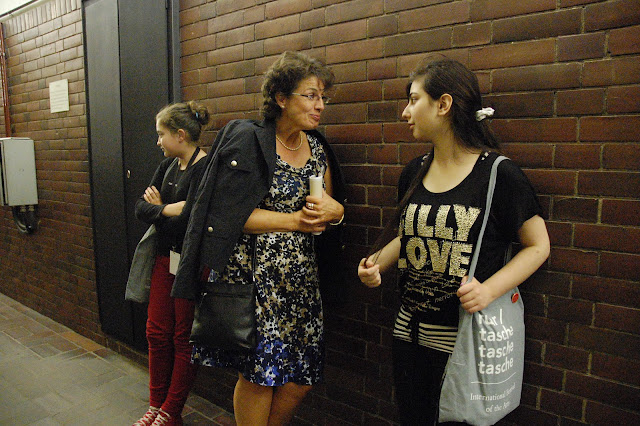 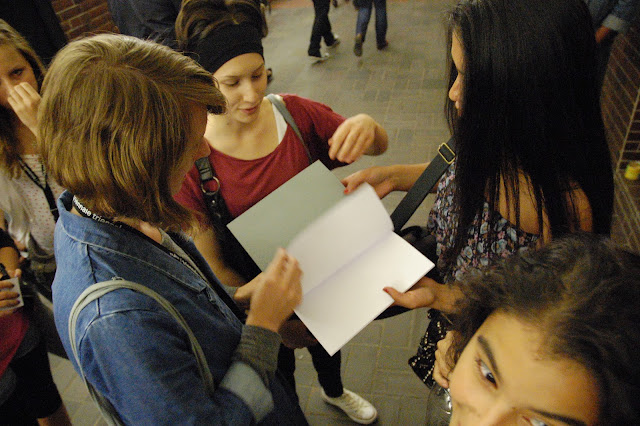 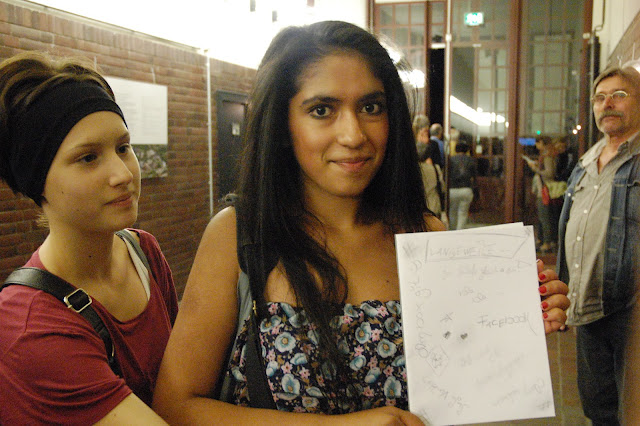 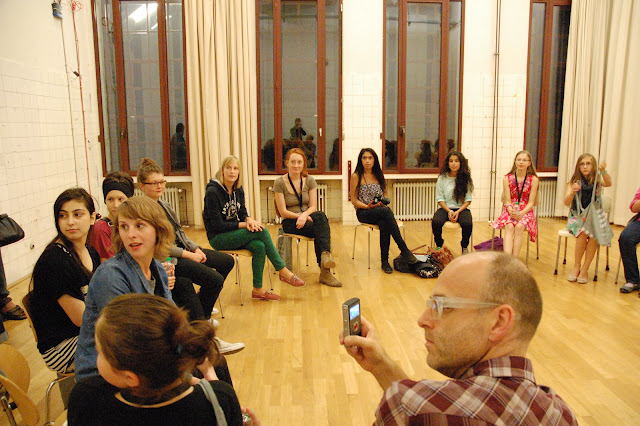 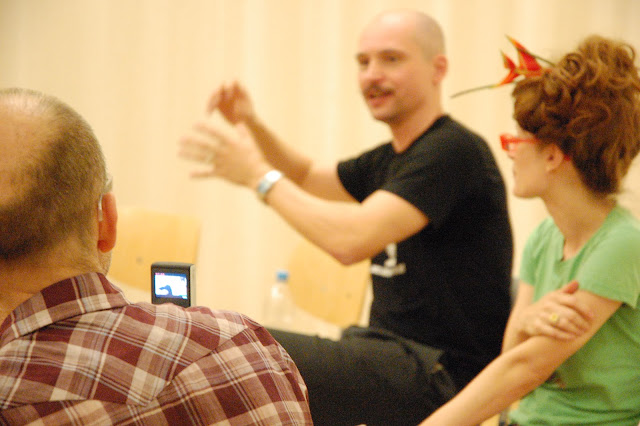 we (and the directors) were curious to see how the jury could relate to the show... is an adult perspective on youth understood by youth? did the youth feel they could relate to what the caller said? It could have been a language issue (the show was presented in English, with German subtitles), the references to growing up in the 80's that they couldn't relate to, or just the different perspective on growing up (being in it instead of looking back on it)... but interestingly, the jury didn't seem to feel that connected to the commentary on growing up as much as some of the adults did. 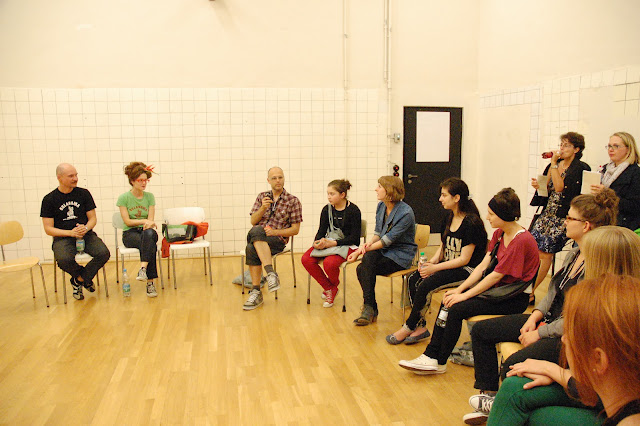 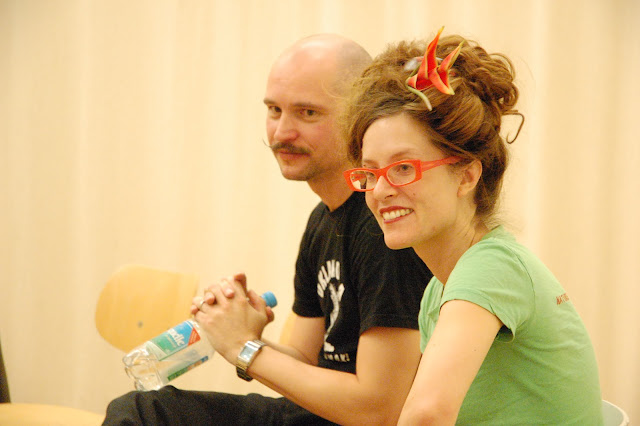