Nowhere and Everywhere at the Folkwang Museum, Essen

After a brief hiatus, we're BACK! Today we checked out Nowhere and Everywhere at the Folkwang Museum in Essen, featuring the work of American choreographer William Forsythe. But first, the jury walked the red carpet to enter the show.. 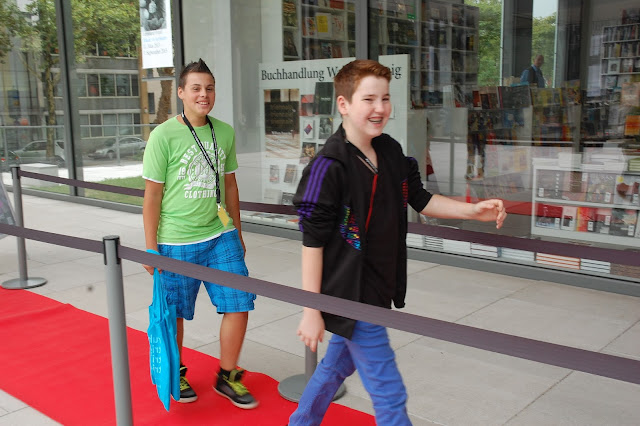 Inside we were greeted by... OURSELVES! But all wonky and moving weirdly versions of us... 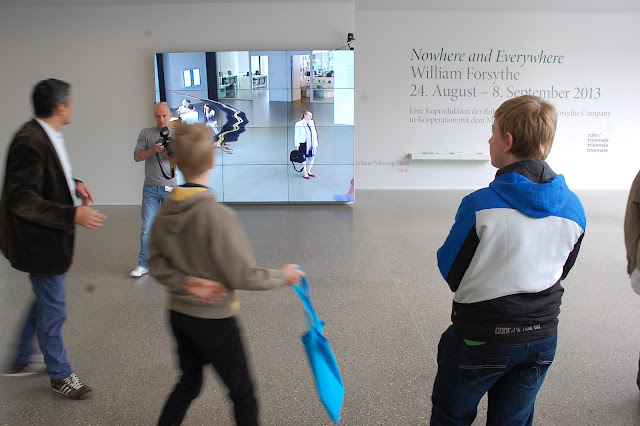 the wonky jury (and our videographer "stalker" friend)! 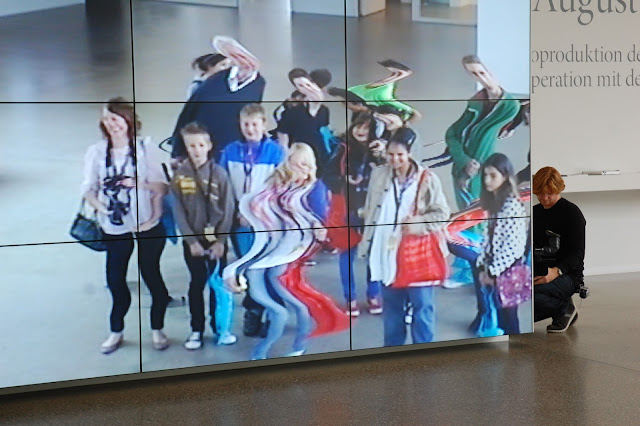 We finally moved went inside to see Nowhere and Everywhere at the Same Time No. 2, a work with more than 400 penduli dangling from the ceiling. We quickly discovered: what could be more fun than trying to weave our way through them, avoiding getting 'caught?' It was like playing a giant game of tag, with 400 people being 'it'... 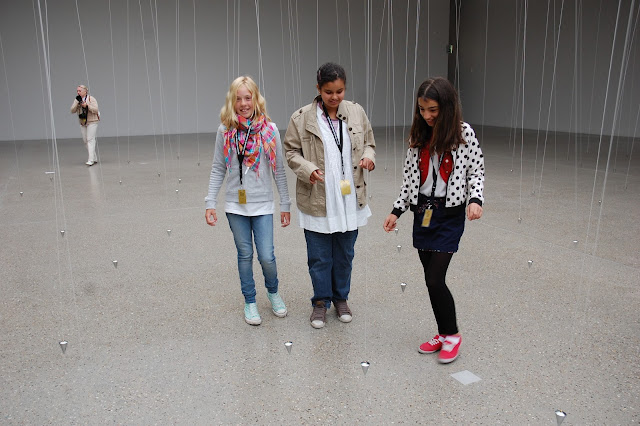 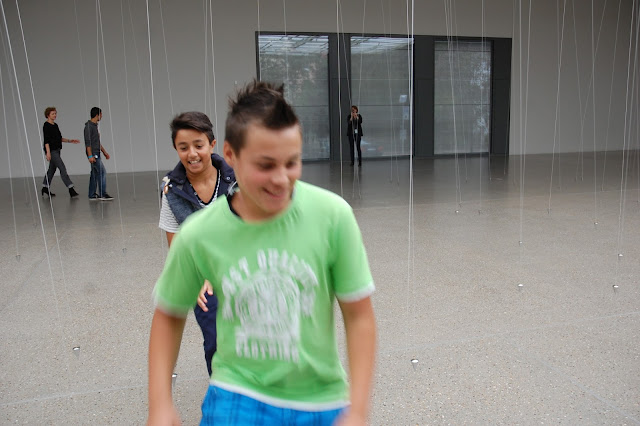 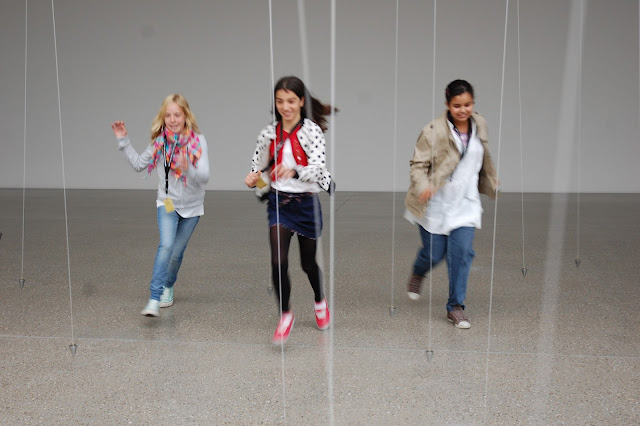 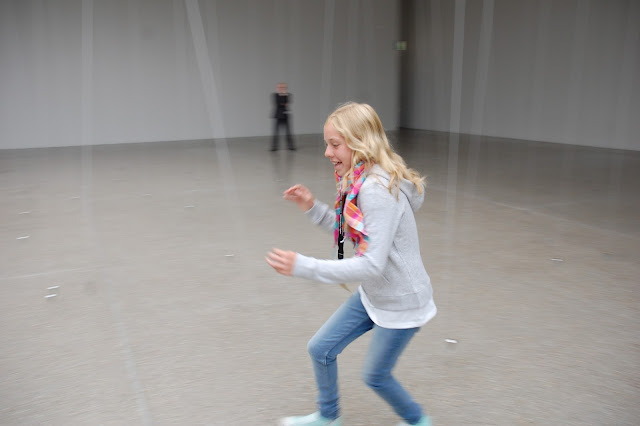 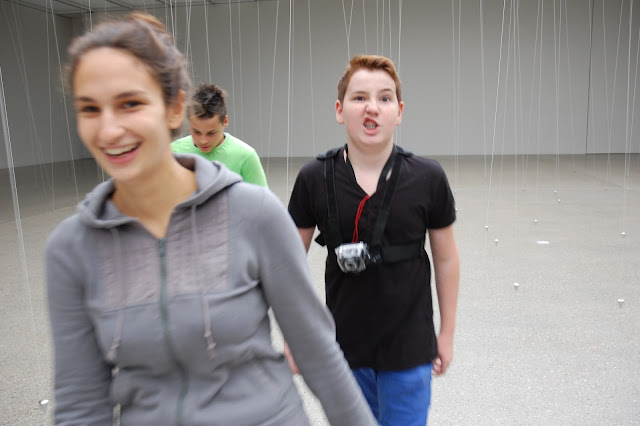 we tried dancing rather than sprinting after getting told by security that NO RUNNING IS ALLOWED... 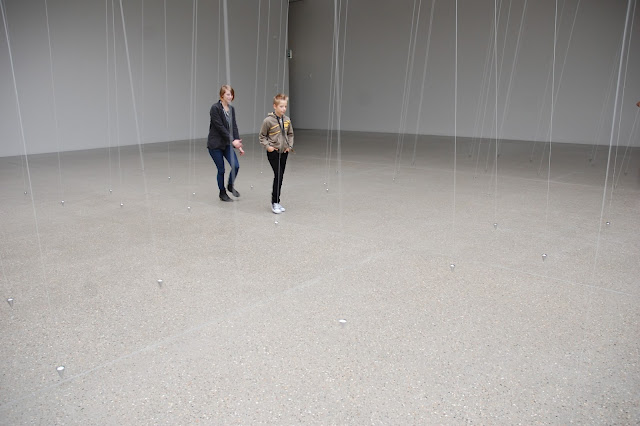 David tried crawling on the floor 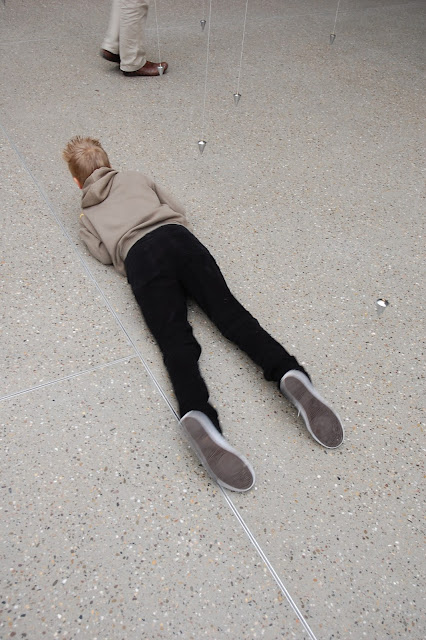 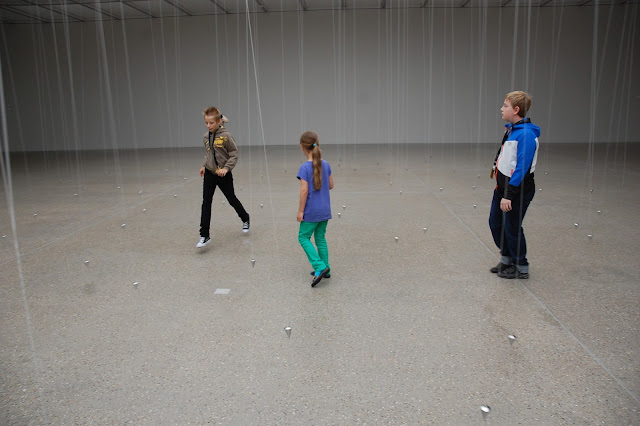 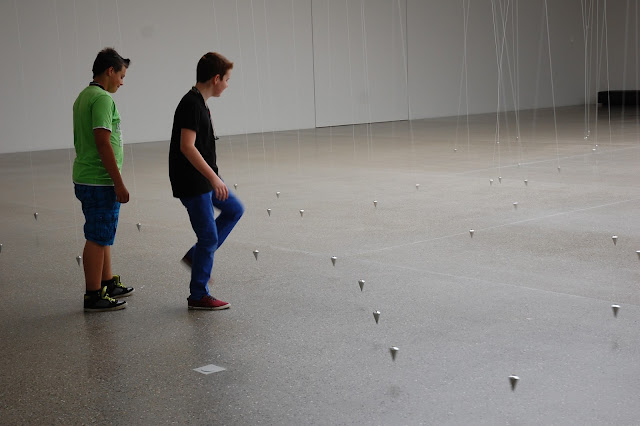 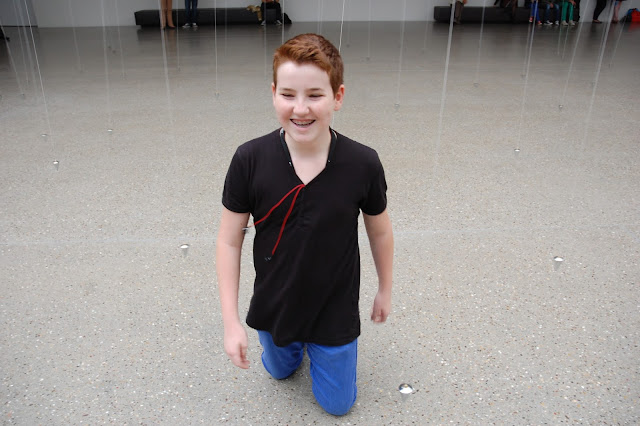 and then... the human snake 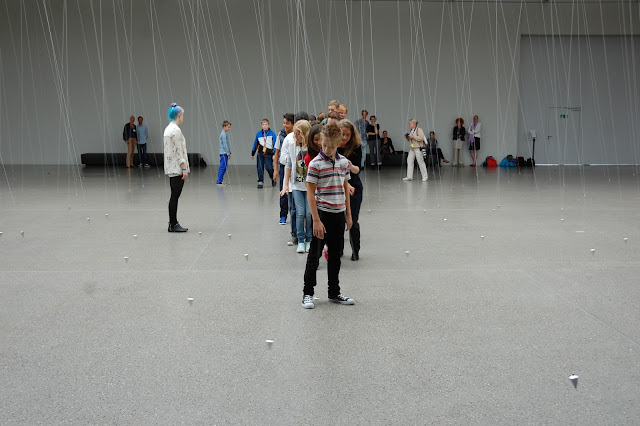 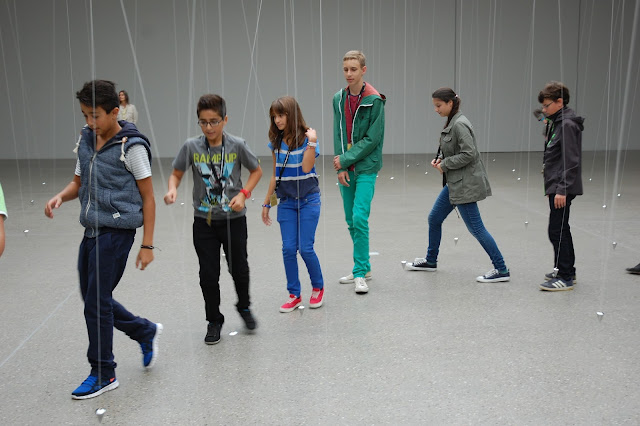 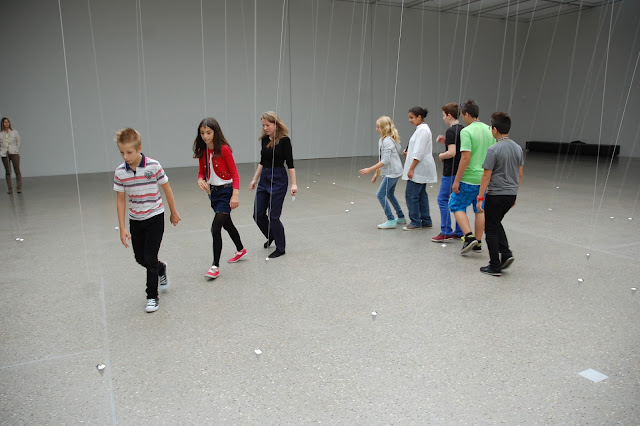 when finally tired out, we played some get-to-know you games, which included learning everyone's nicknames and coming up with some new ones (hallo Kevilino and LuftHAMSA) 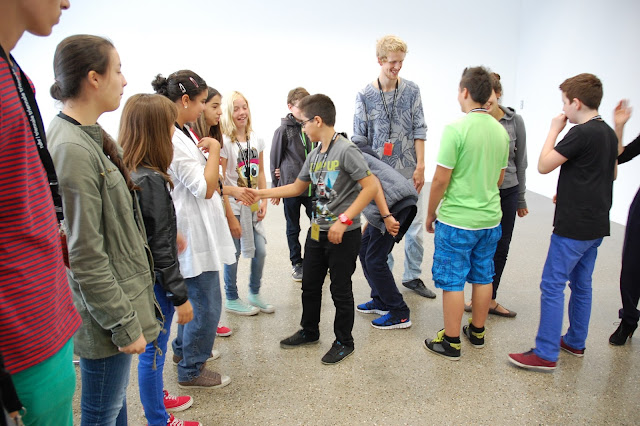 Then, we got to talk to the show's curator, Dr. Marcel Schumacher, and of course, snack on some delicious (extra cheesy) bread 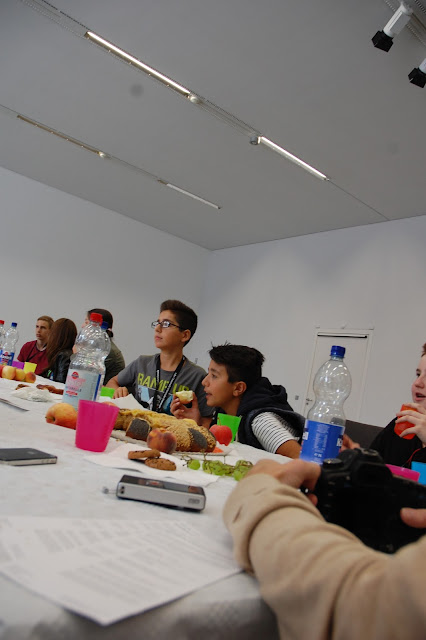 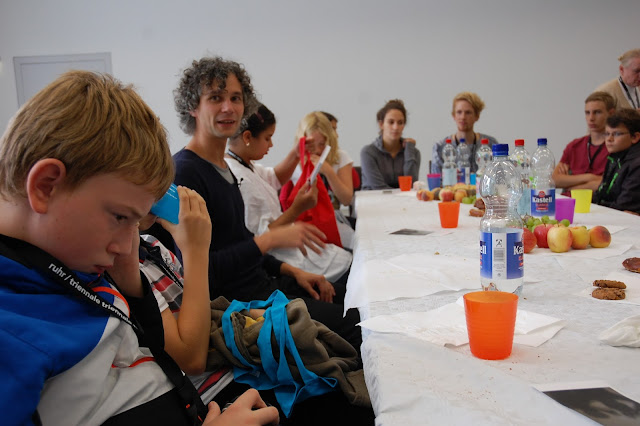 and finally, WE got a chance behind the camera! 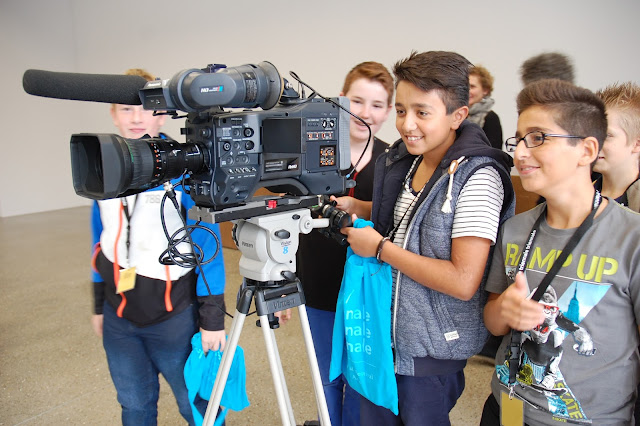