Yesterday the jury checked out the premiere of The Last Adventures, a new performance by Forced Entertainment in collaboration with Tarek Atoui. But first, we walked the red carpet to hoards of people at the fabulous Maschinenhalle Zweckel in Gladbeck. 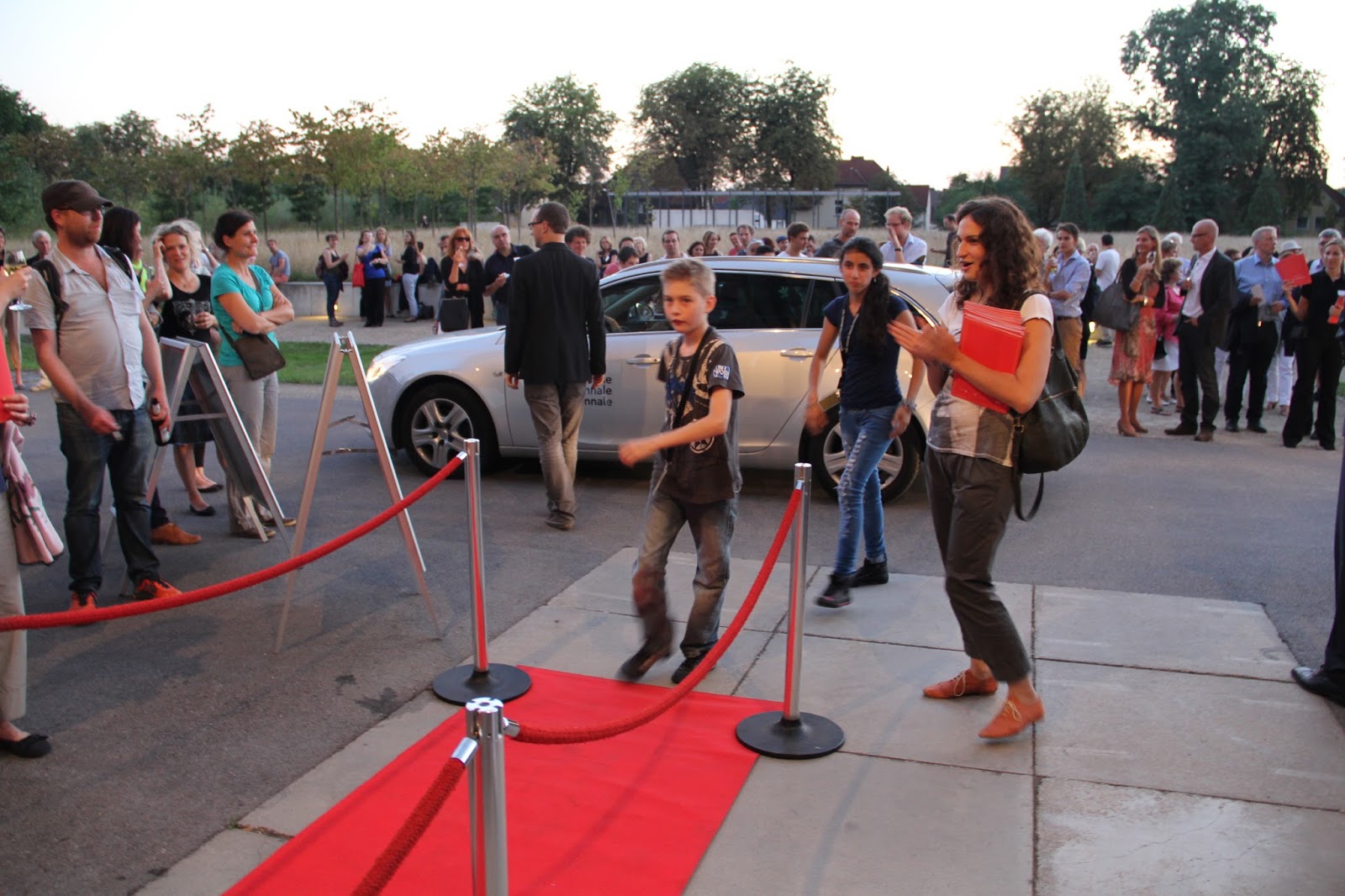 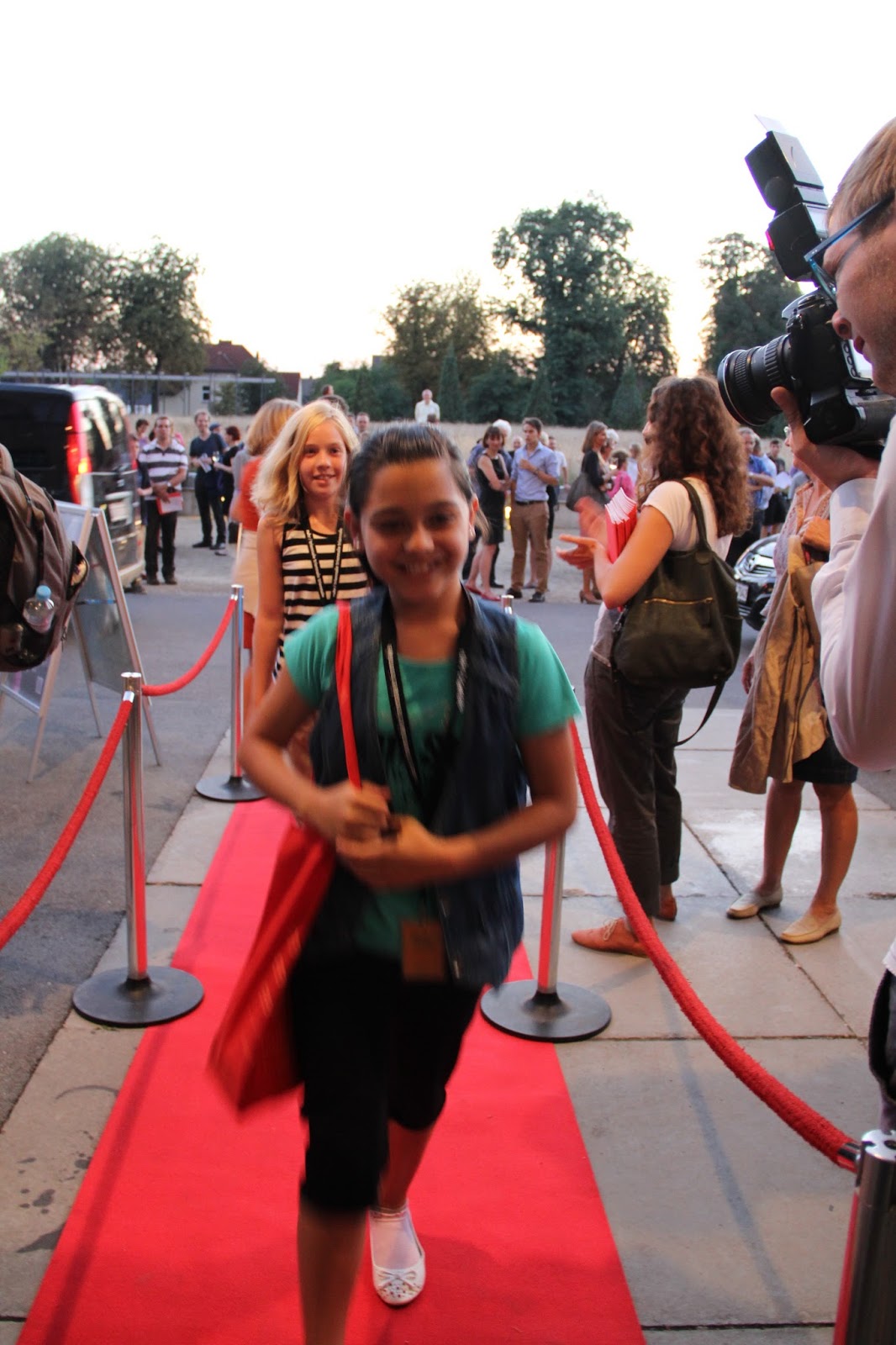 Inside, we prepped ourselves for the show with earplugs. With Tarek Atoui doing the music... someone knew it could get LOUD. Here's Nasim preparing himself. 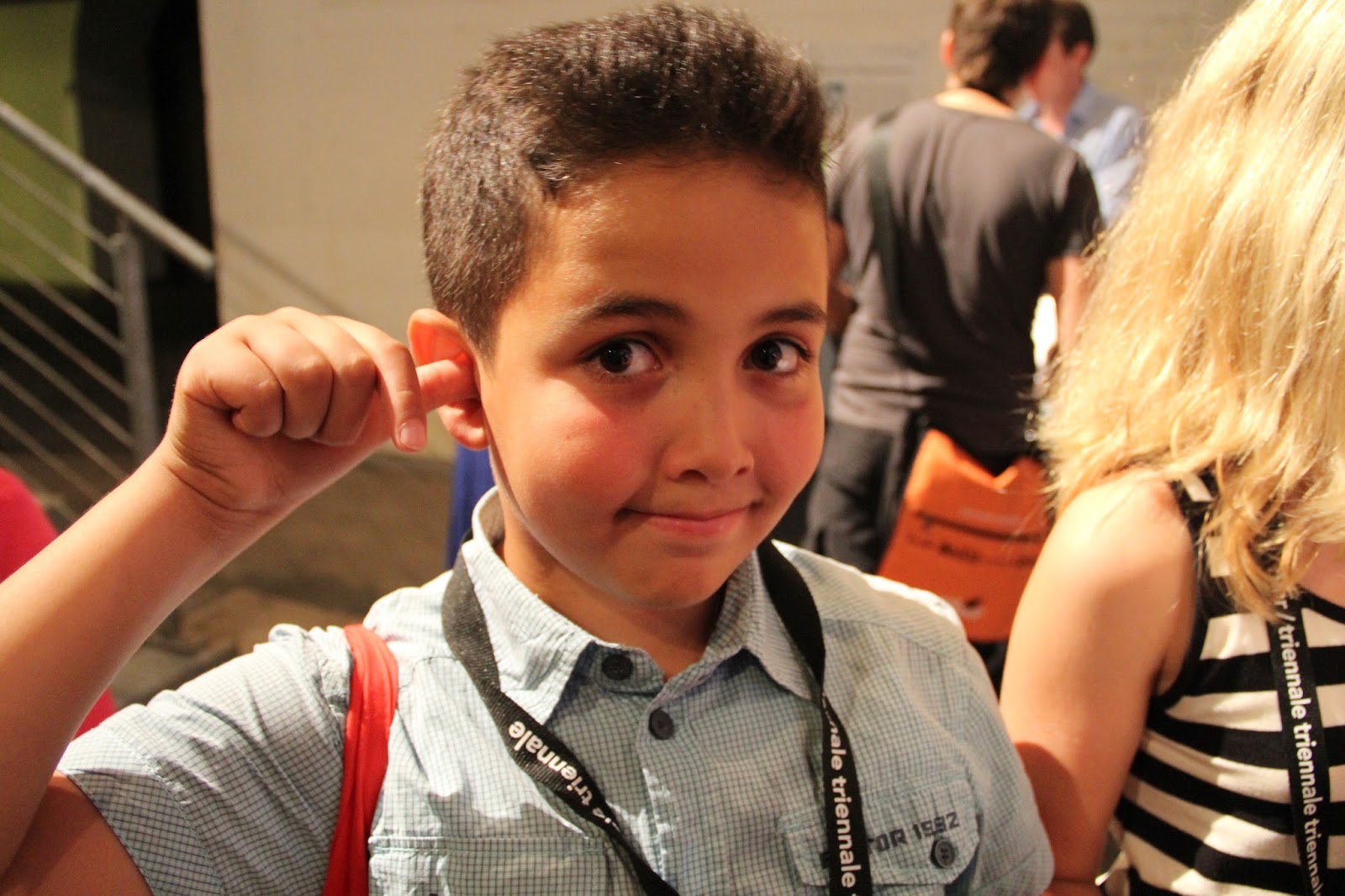 some close-ups of the jury members... 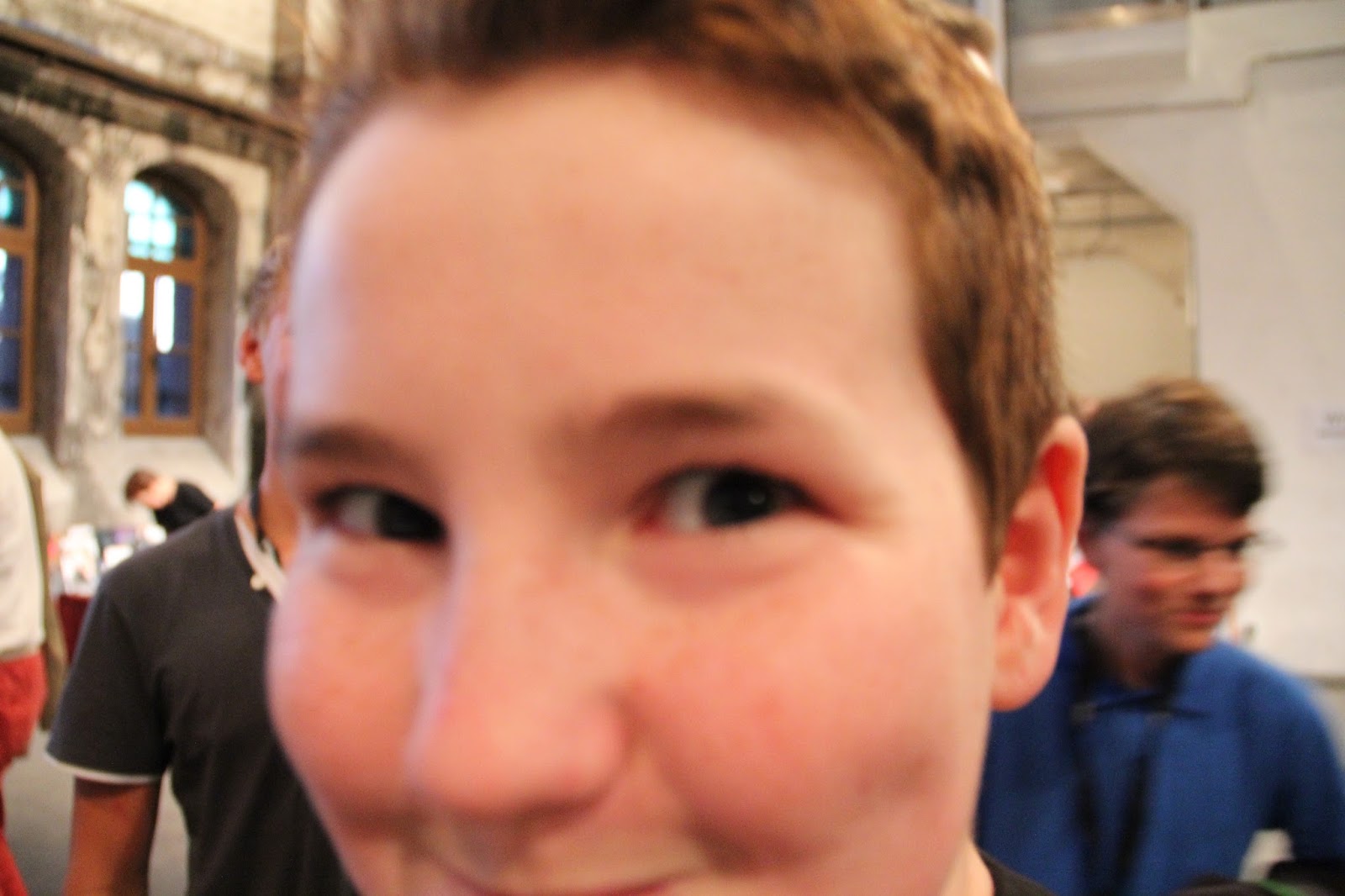 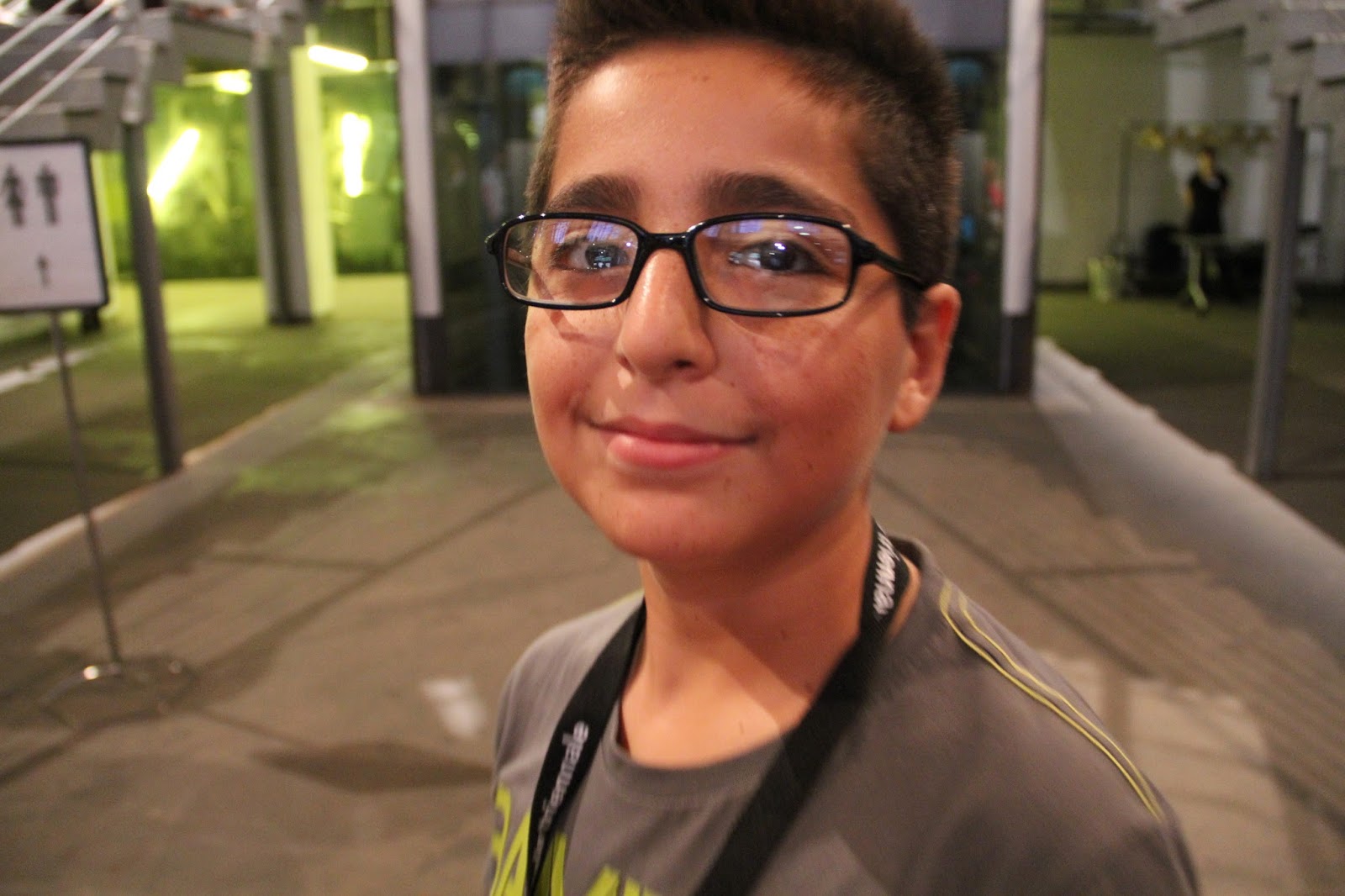 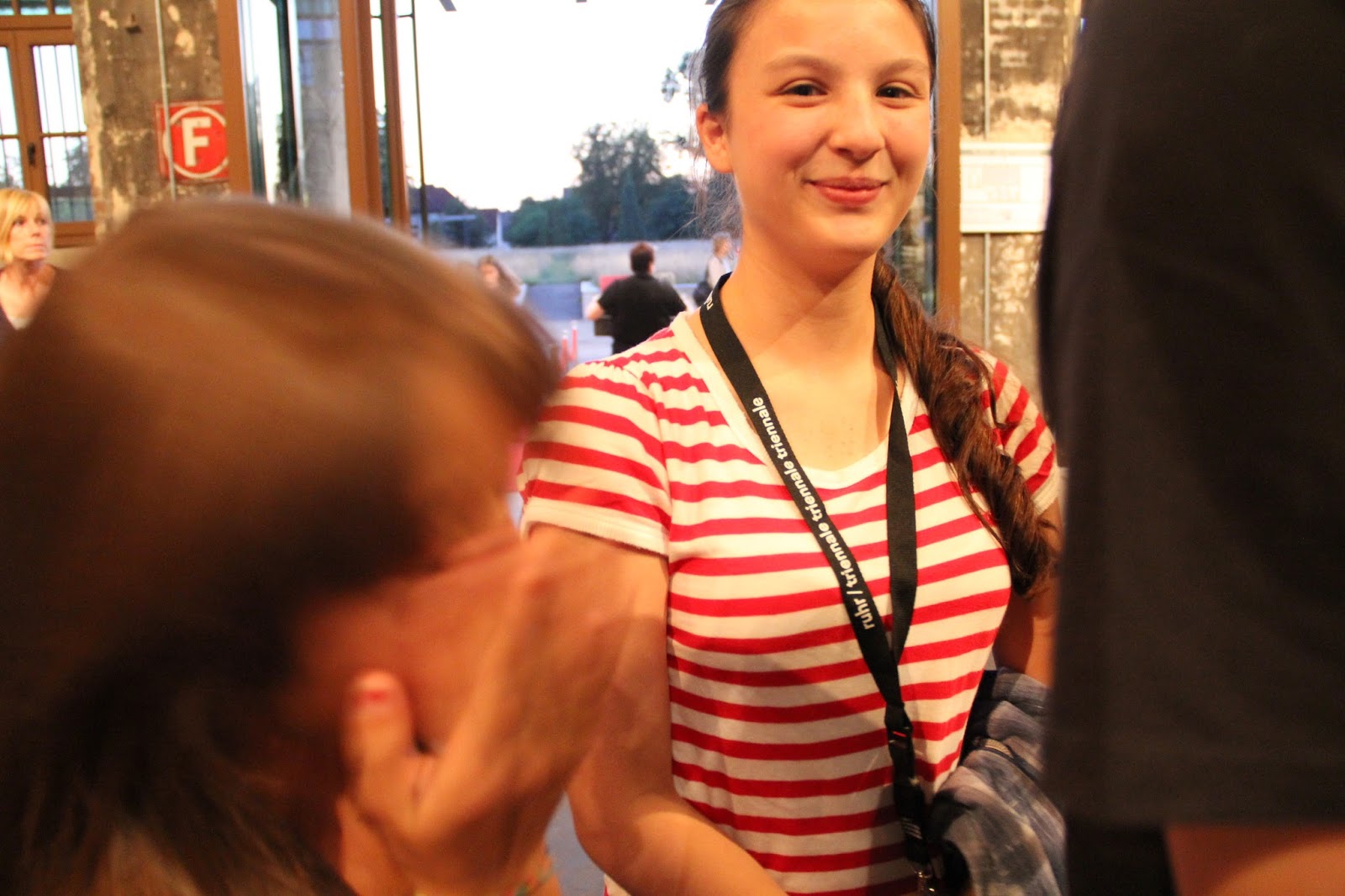 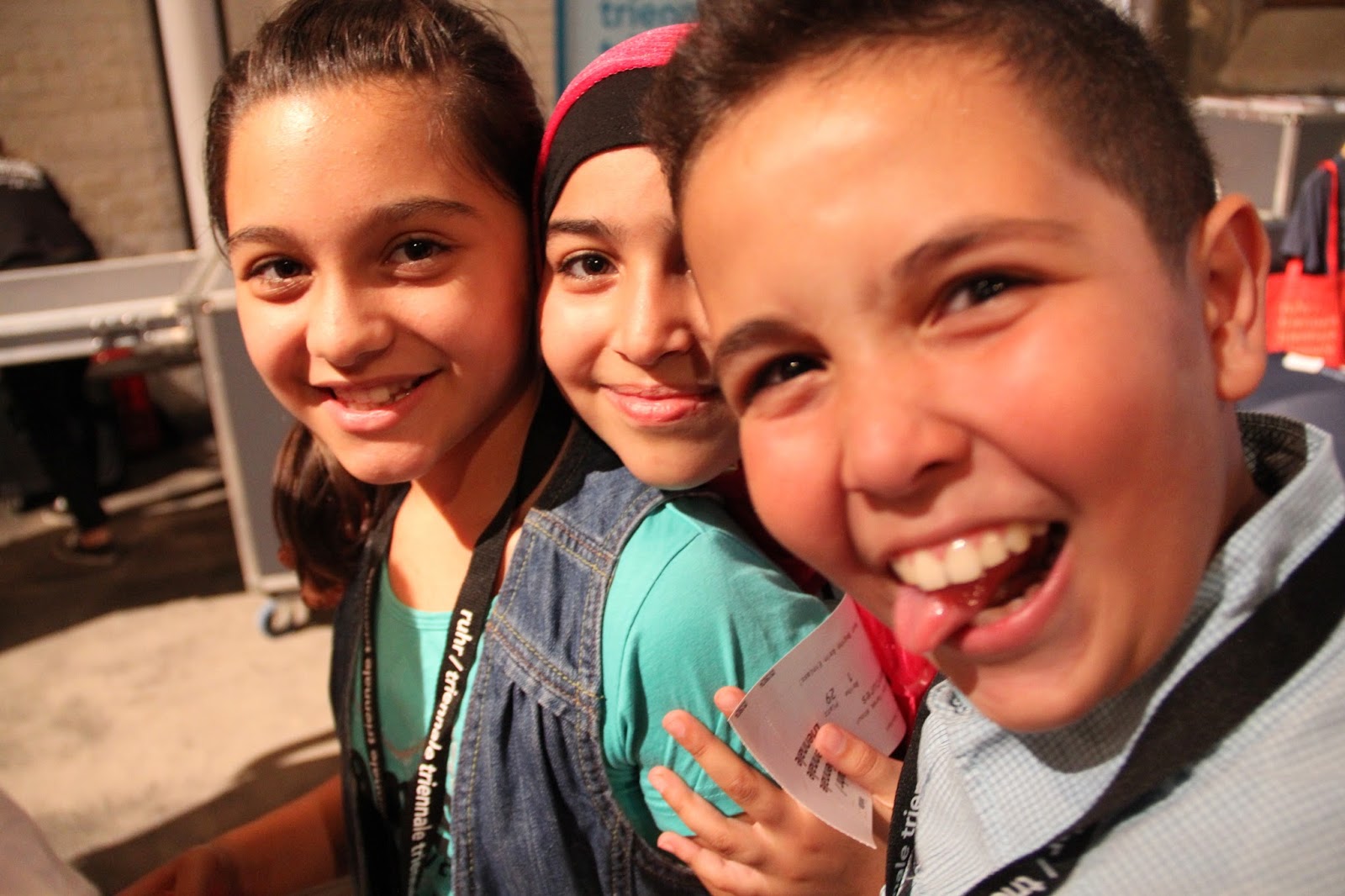 here we are waiting for the jury's announcement and entry into the hall... 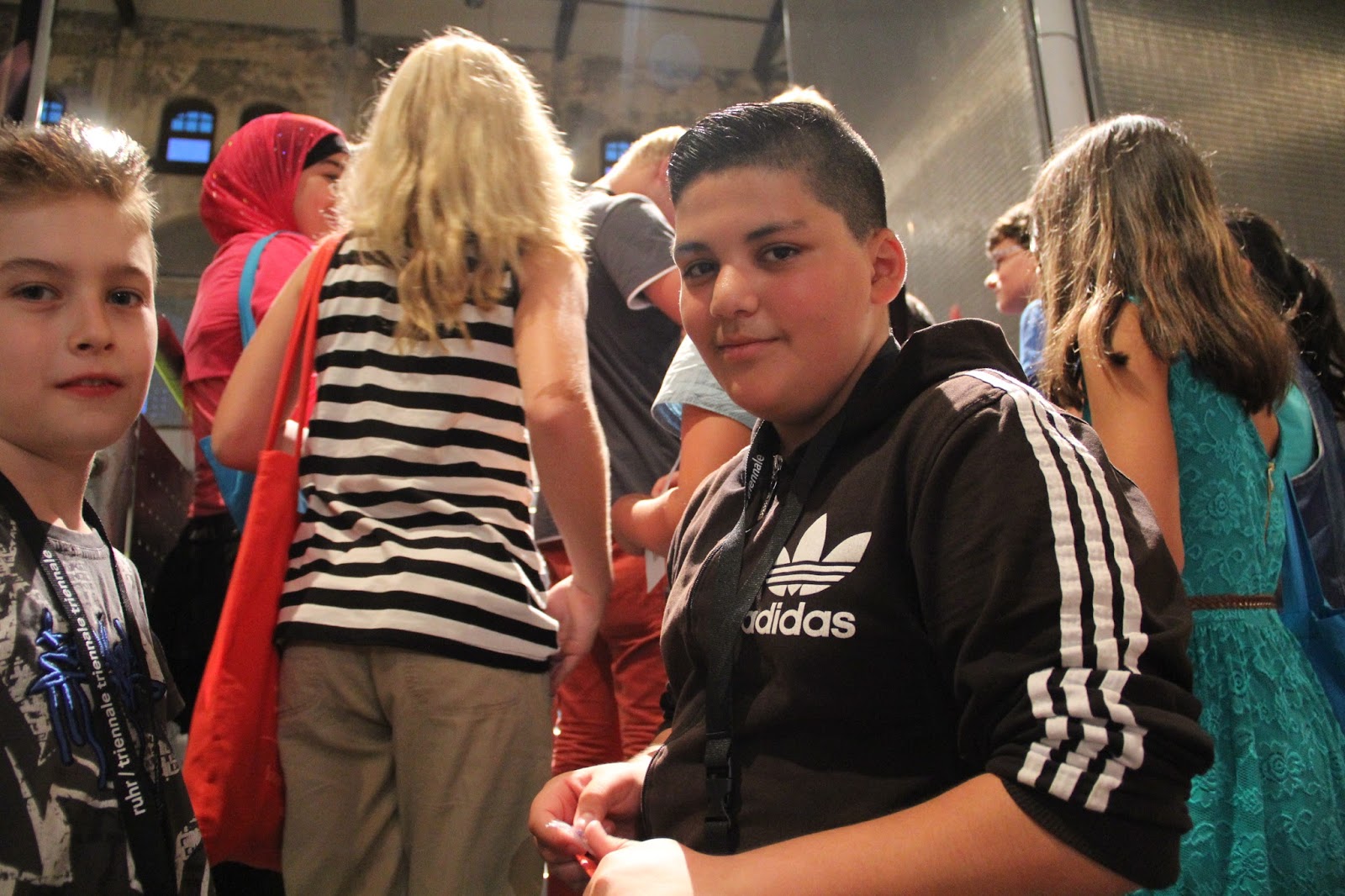 here we go! VIPs get the first row, don't you know. 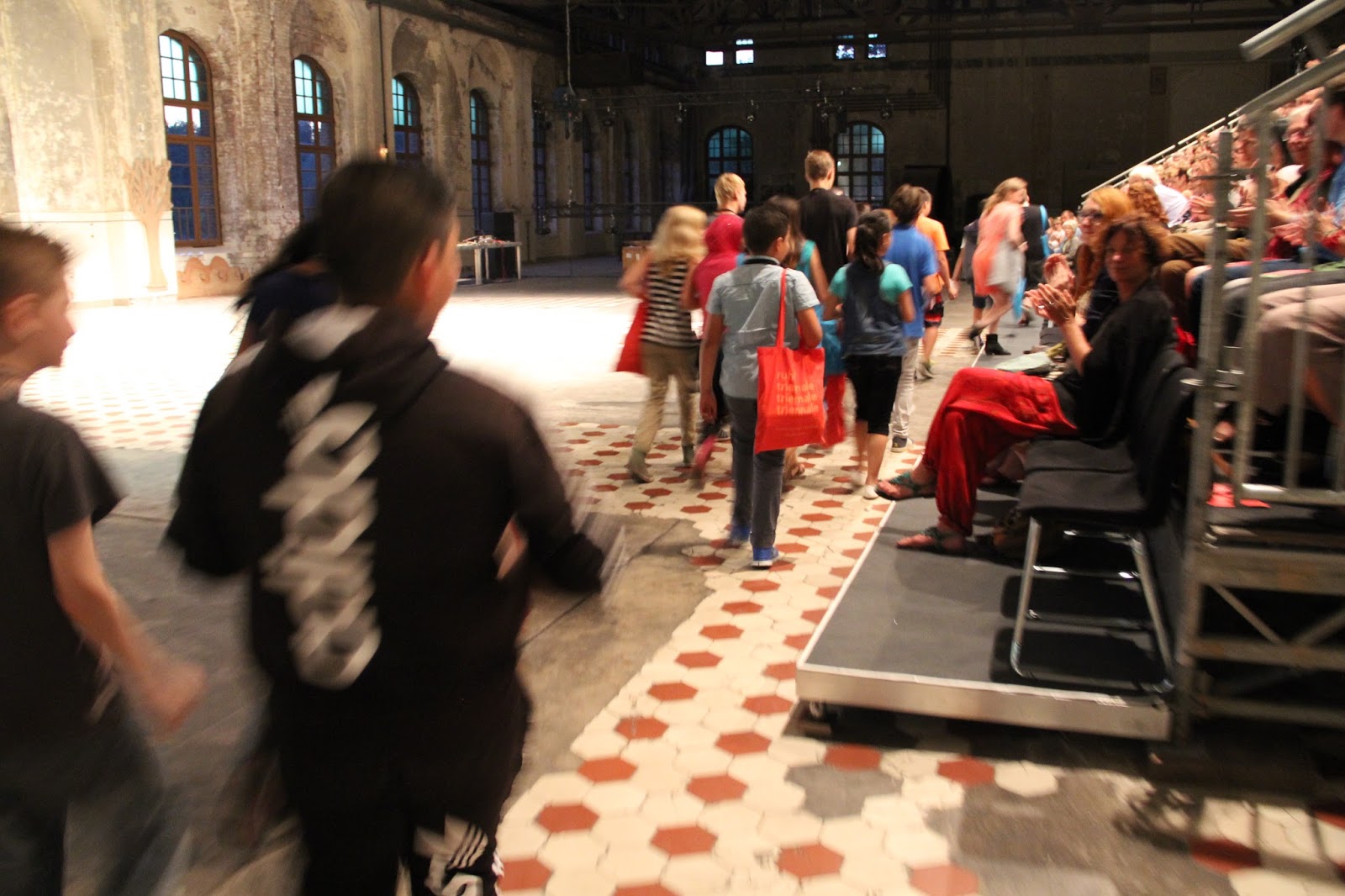 After the show, we met actors Terry O'Connor and Kuselo Kamau, actresses Cathy Naden and Robin Arthur, as well as Tarek Atoui (who met last year's jury too!) Time to shake hands.. 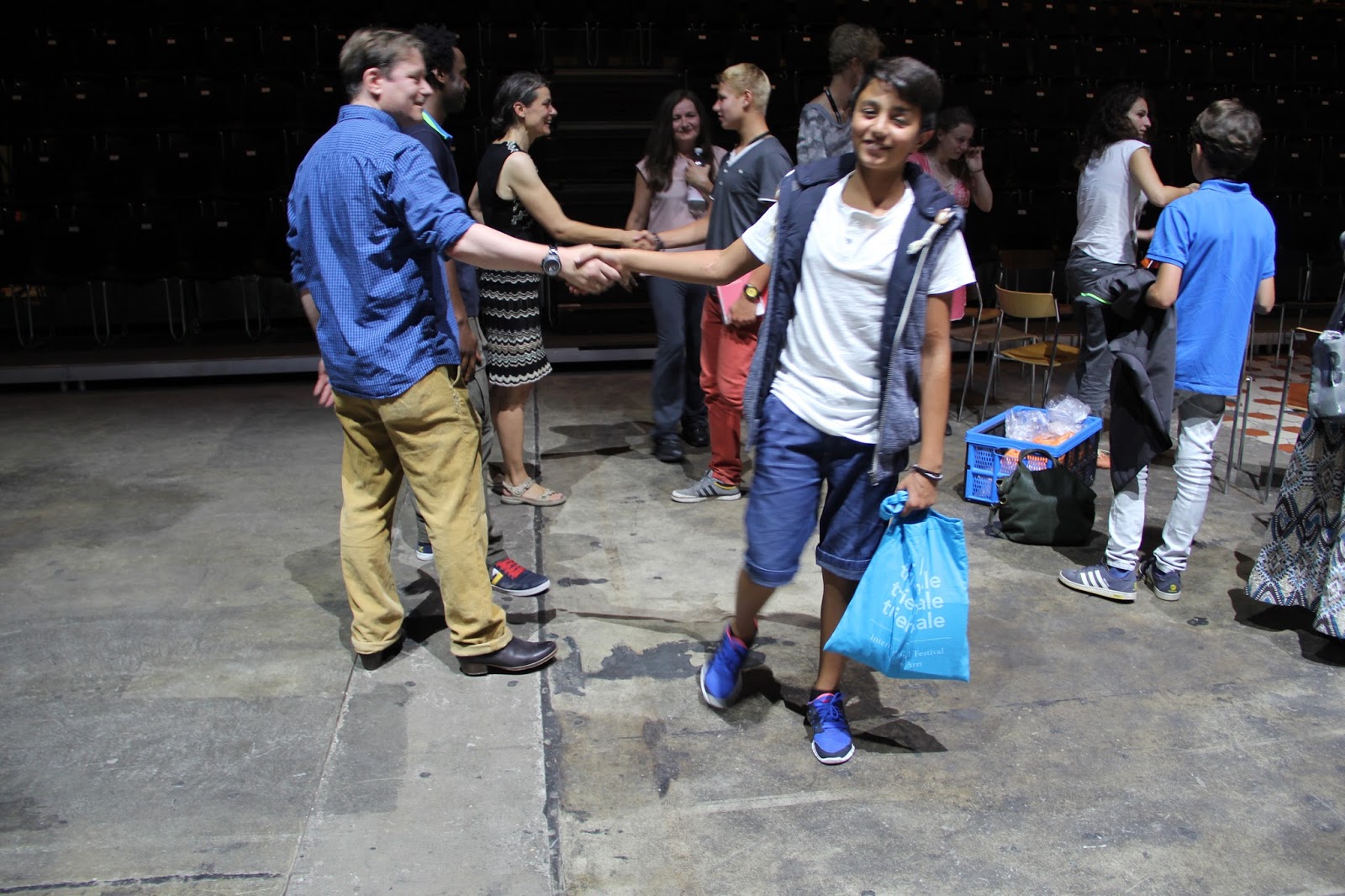 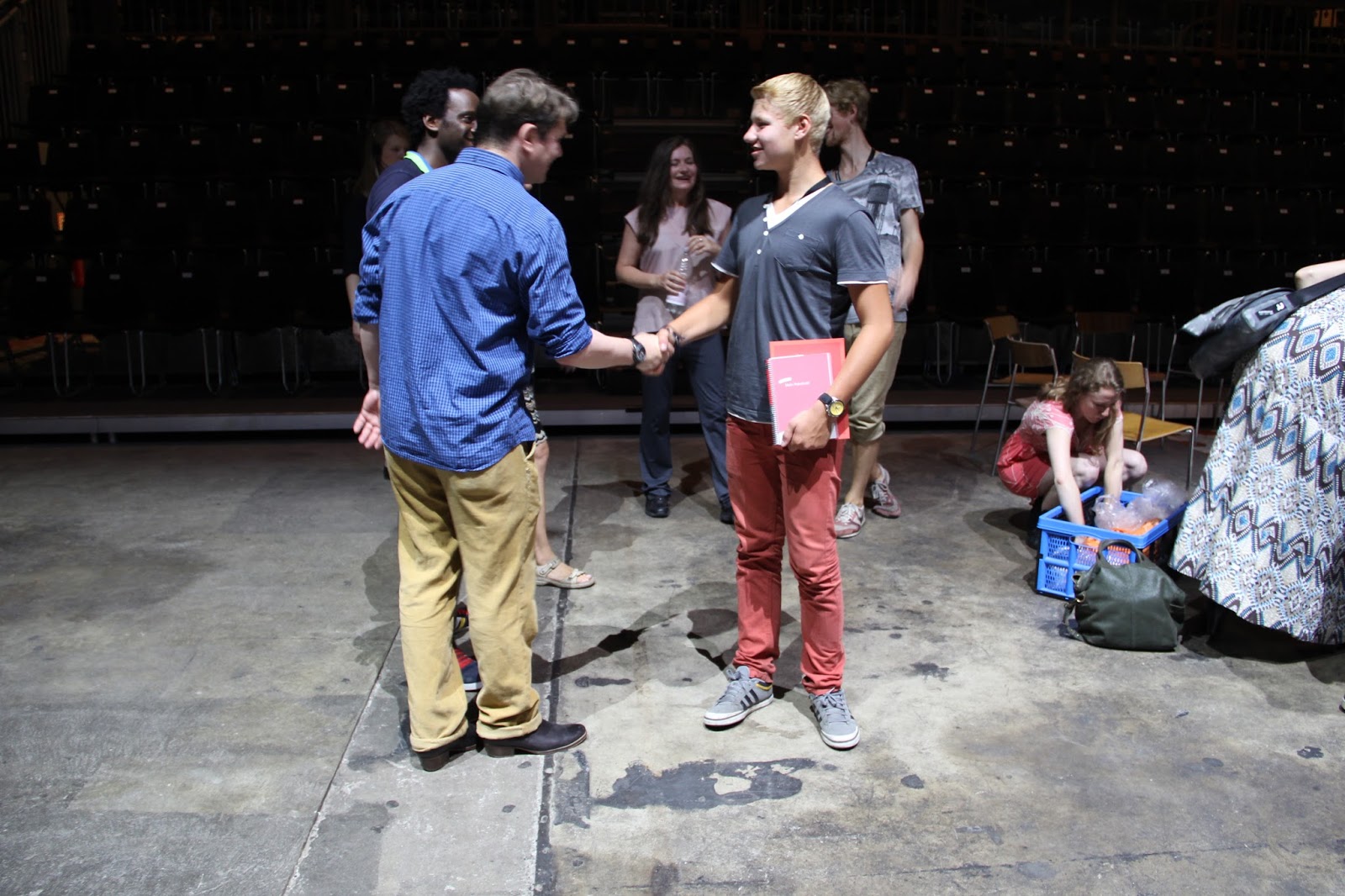 We had a great conversation about what the jury liked (the robots), if they thought it should/could be just a kids show (maybe!), if it was scary (yes... some of the music, Tim Etchells running around with the microphone, creepily talking...), what was improvised (some of the tree movements) and what was not (some of the fighting antics). One of the performers asked what the jury would change if they could... there were no concrete response, so I guess that's a good sign. 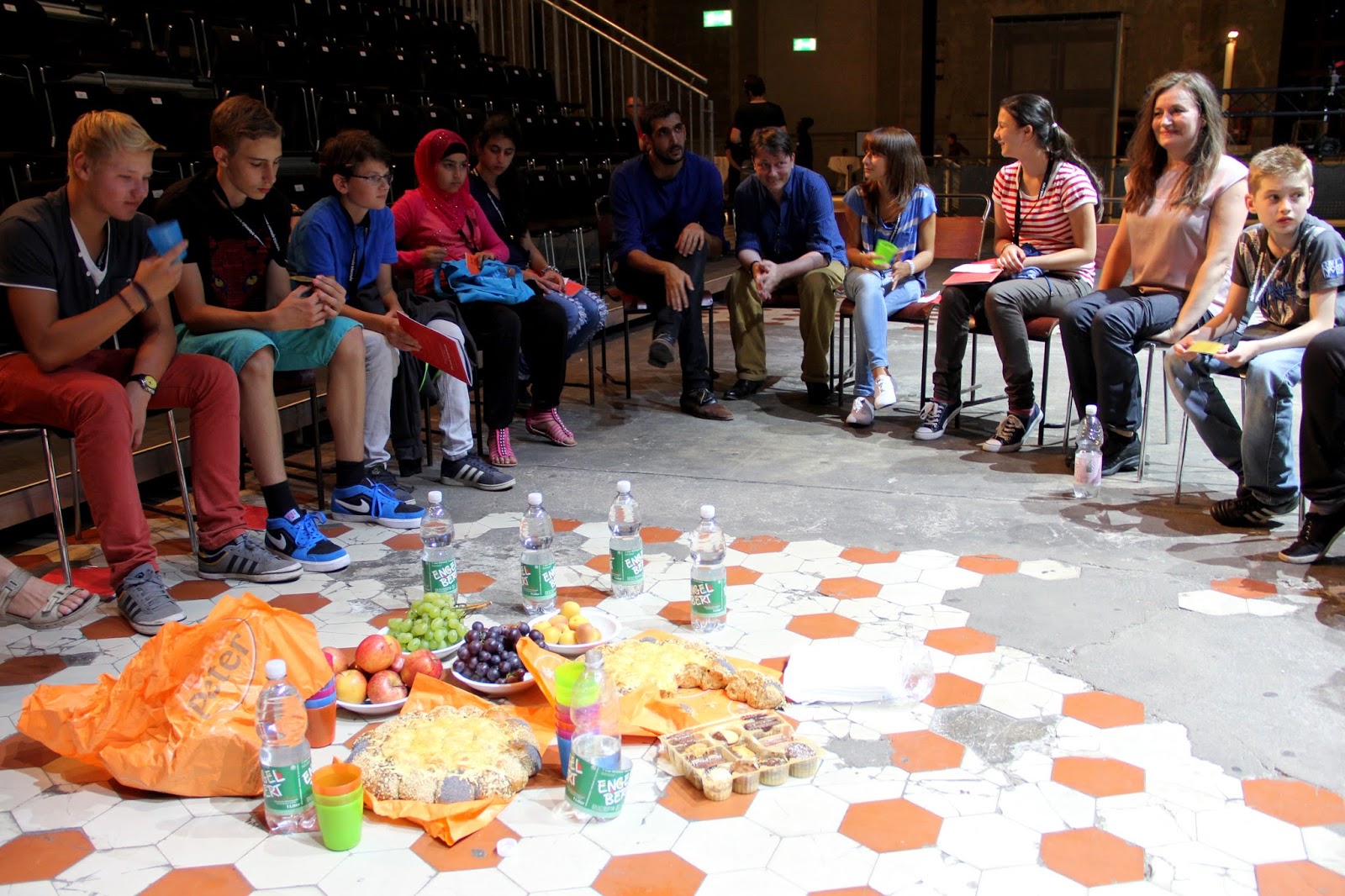 And then... the moment we've all been waiting for... Tarek showed the jury how his elaborate music/sound-making system works! 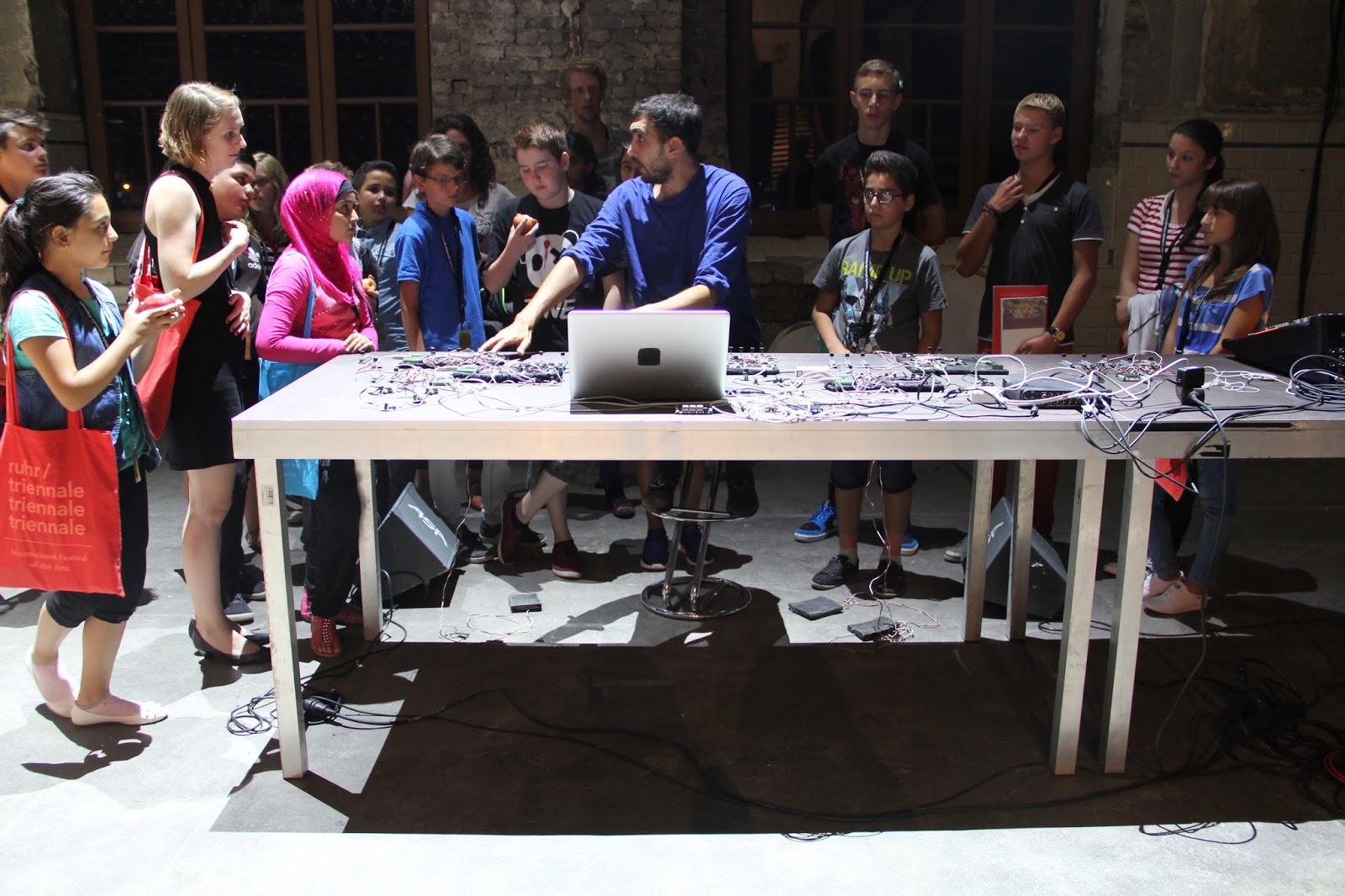 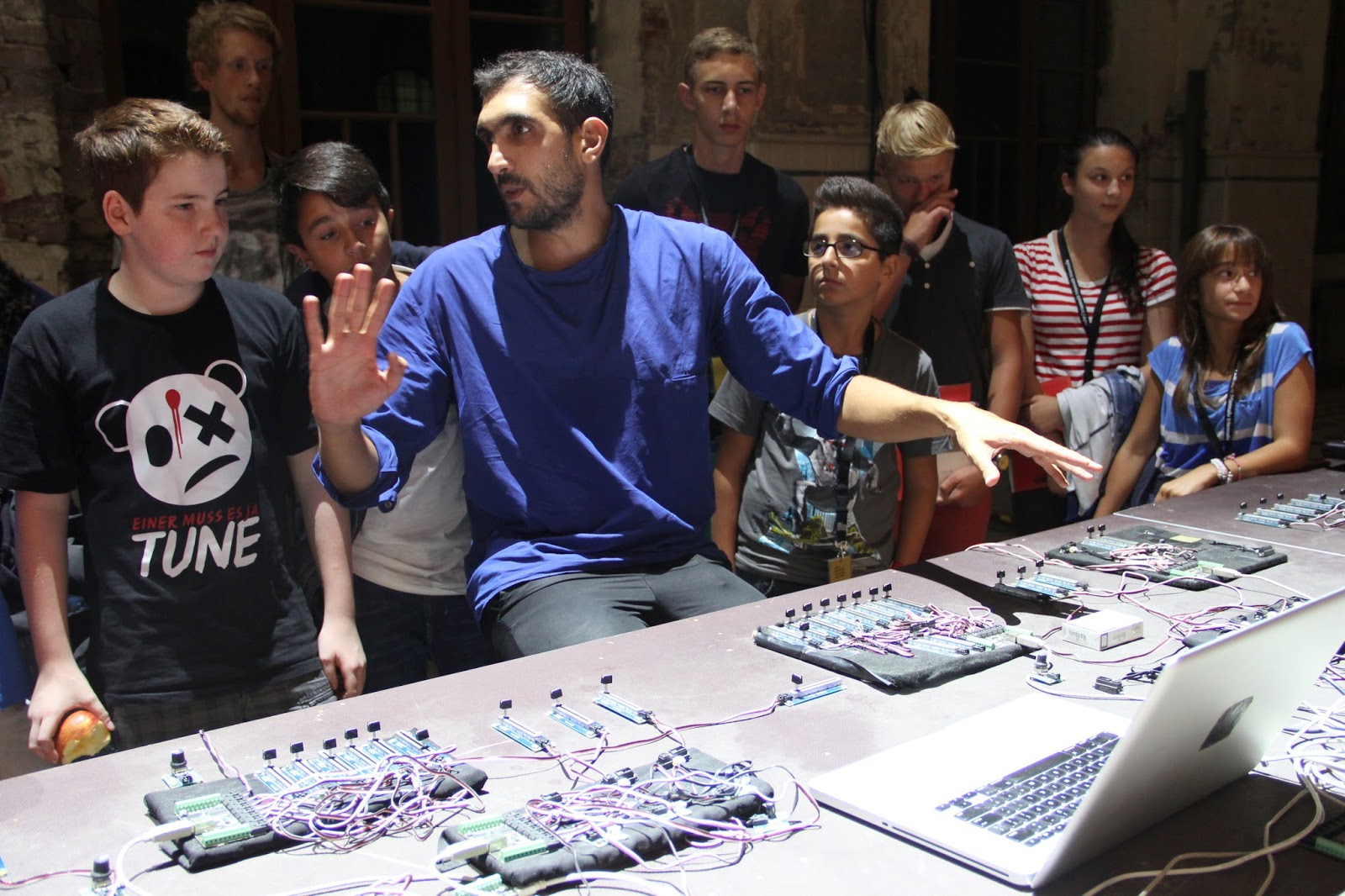 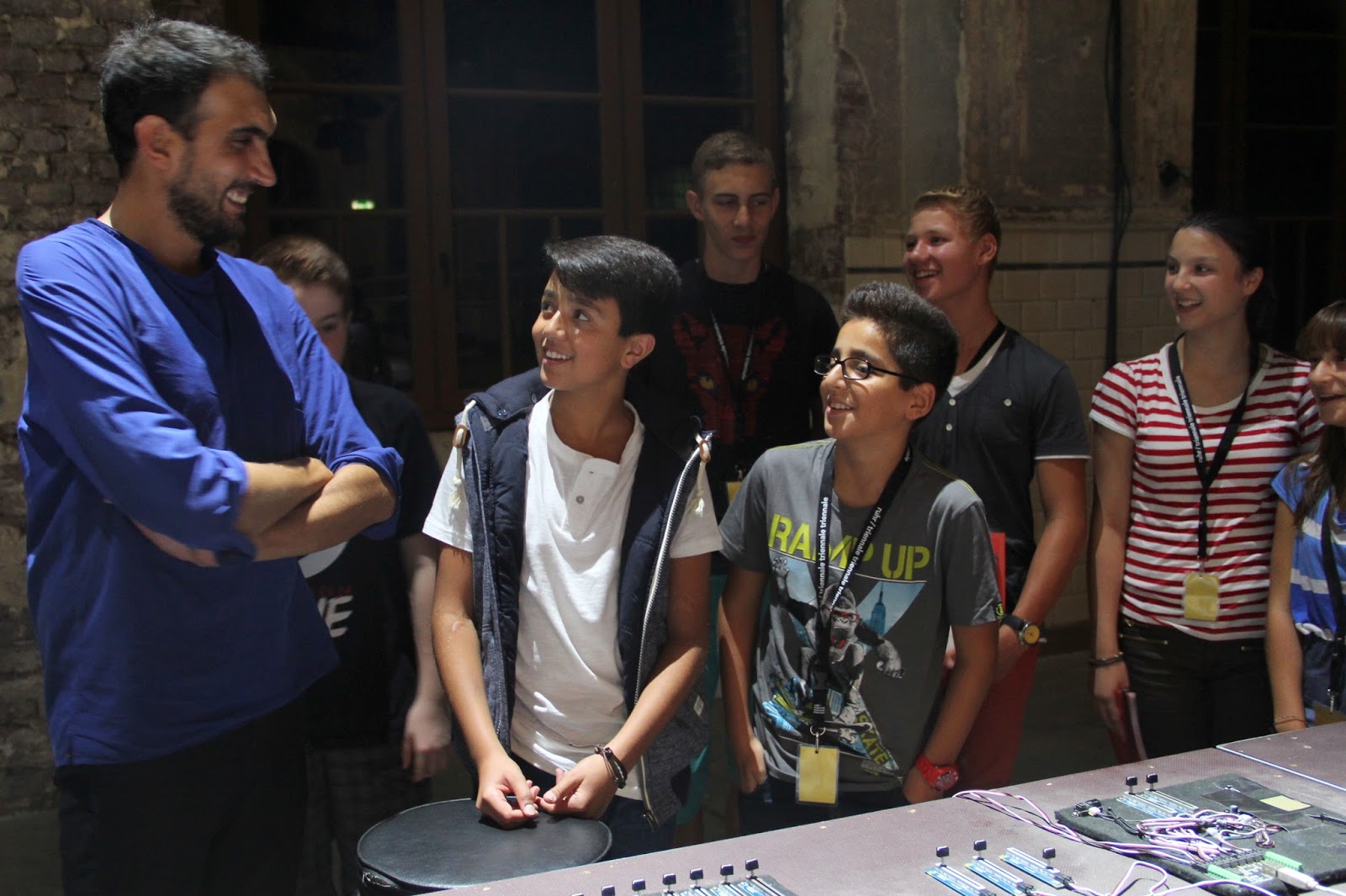 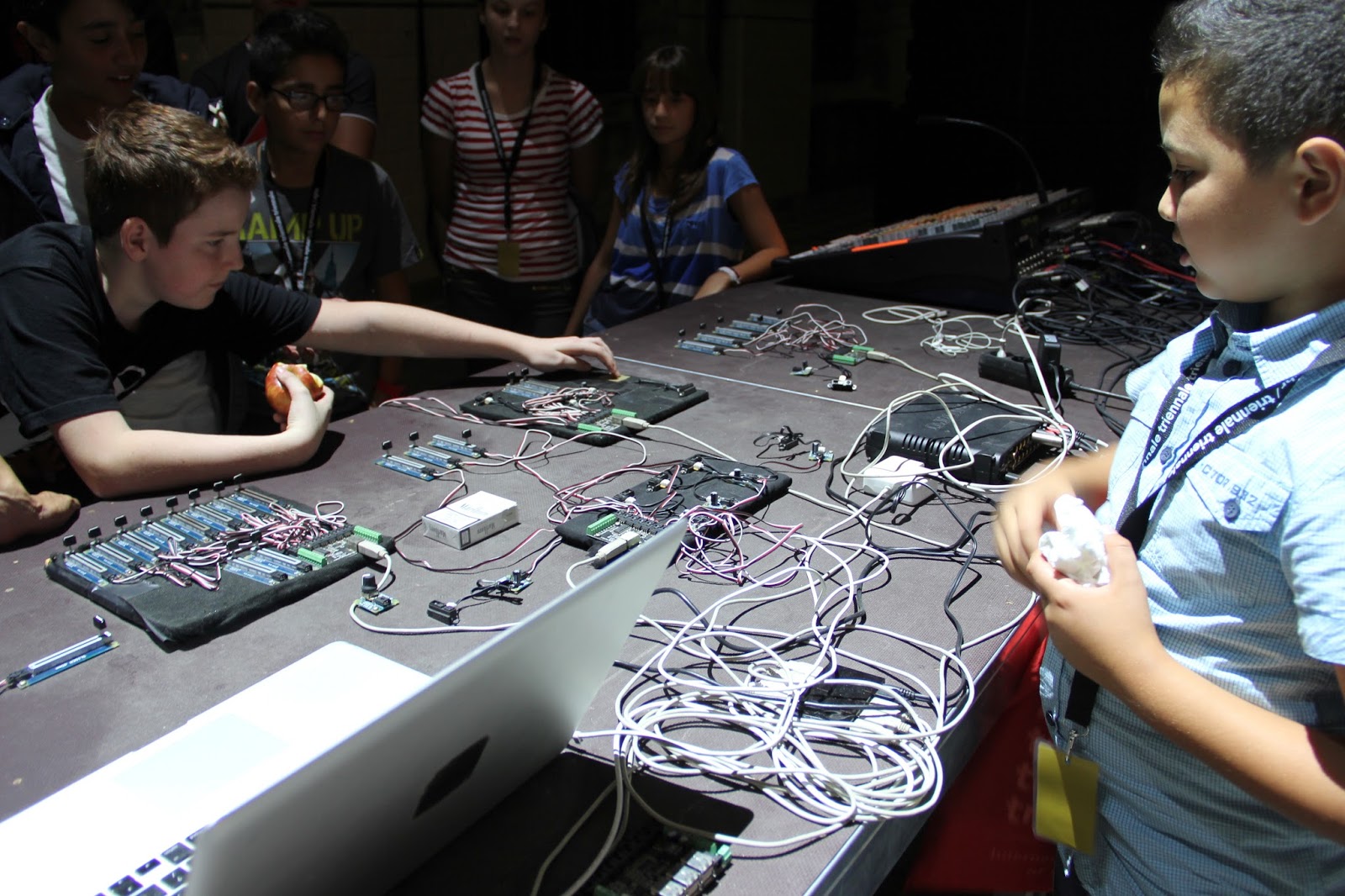 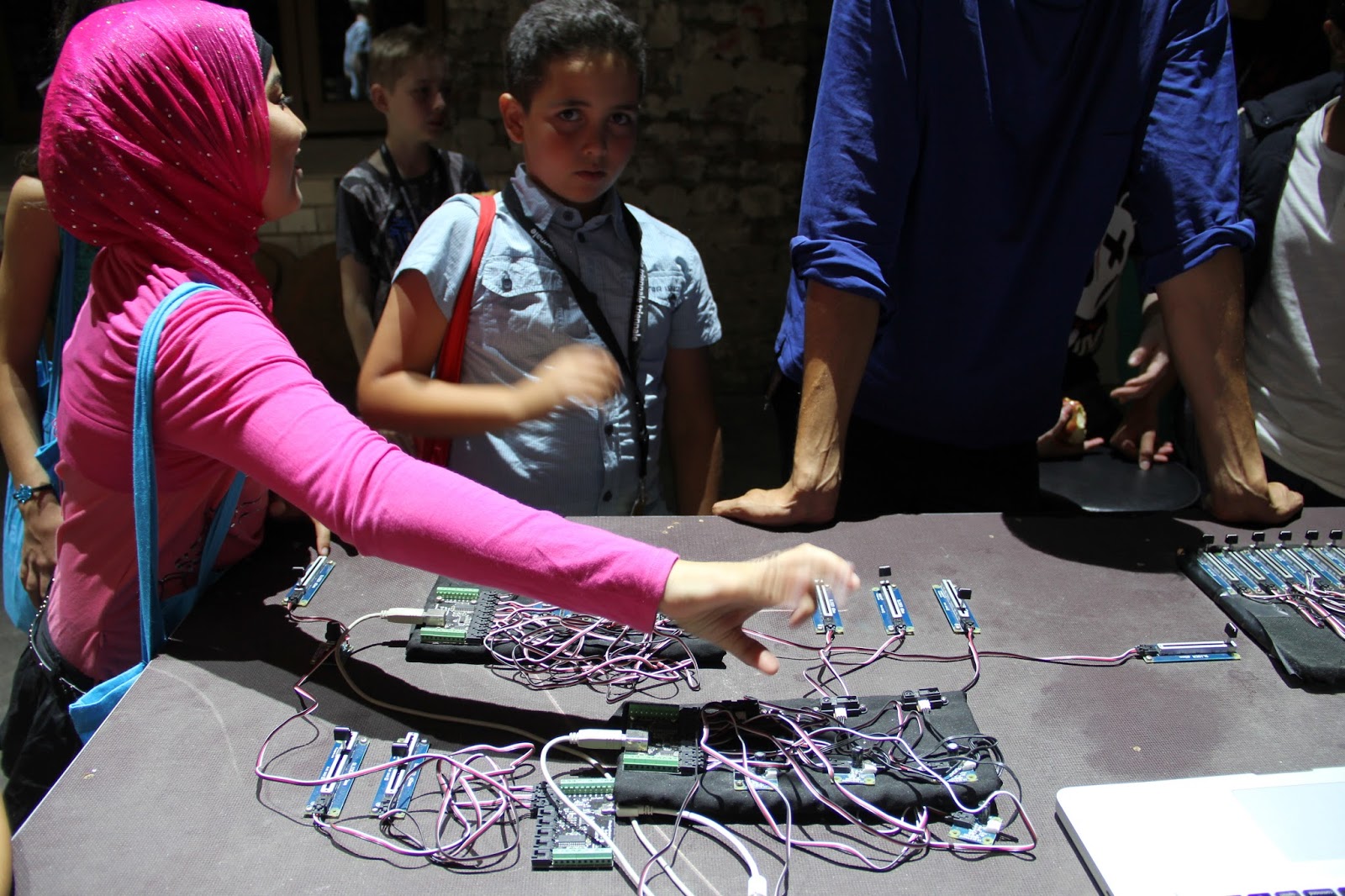 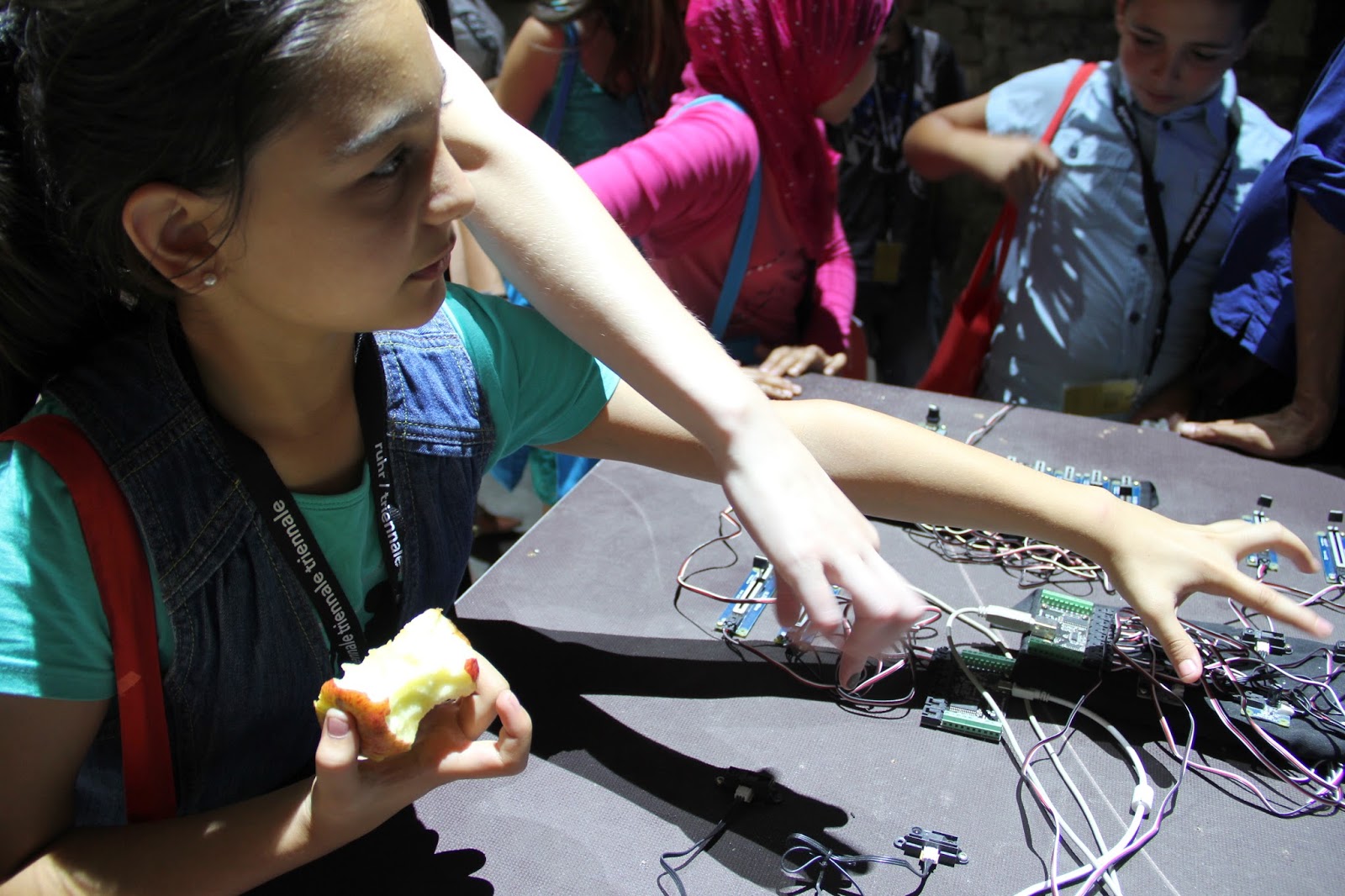 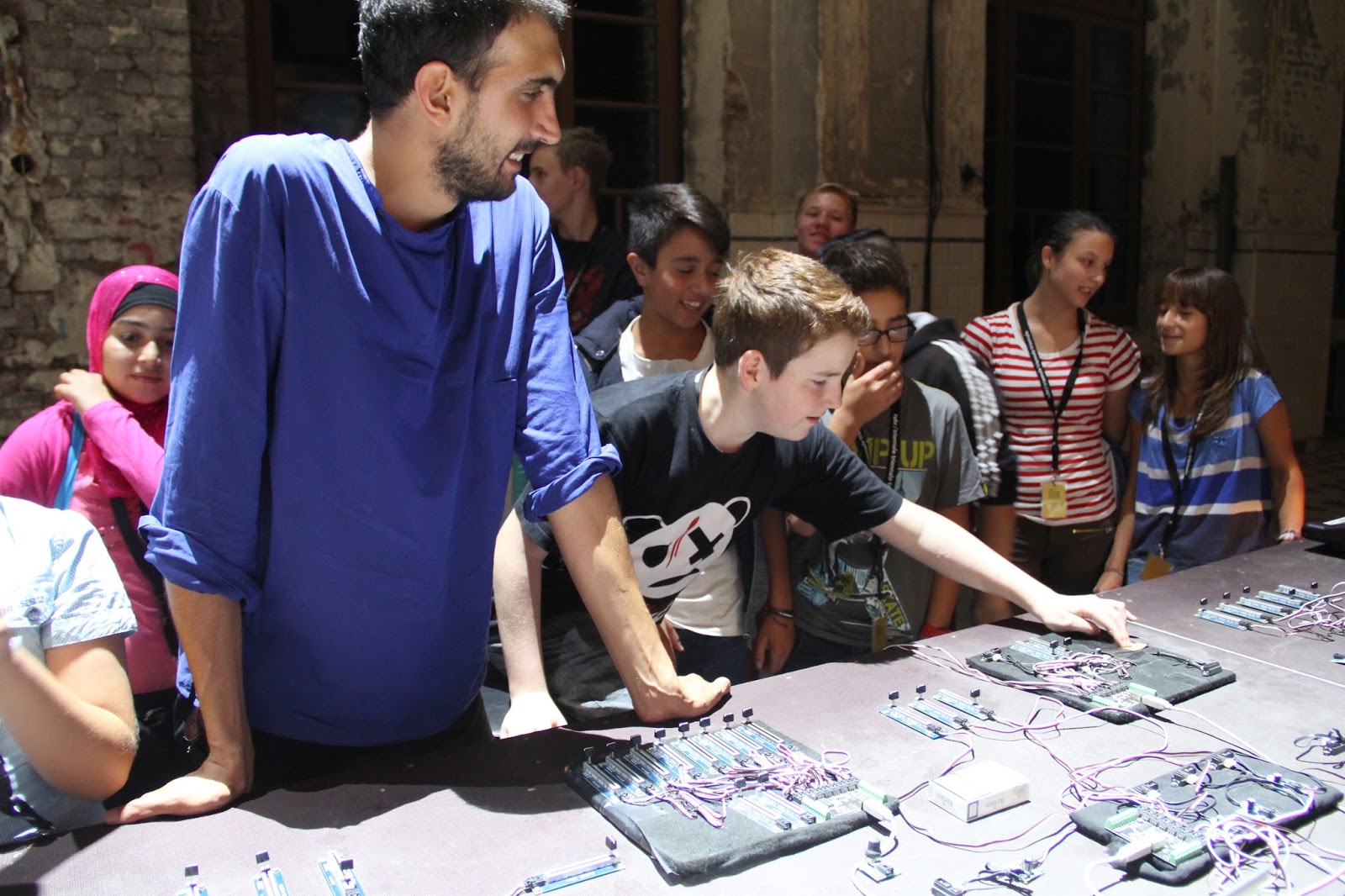 with the hall finally empty, some of the jury took on the space for their own performances... 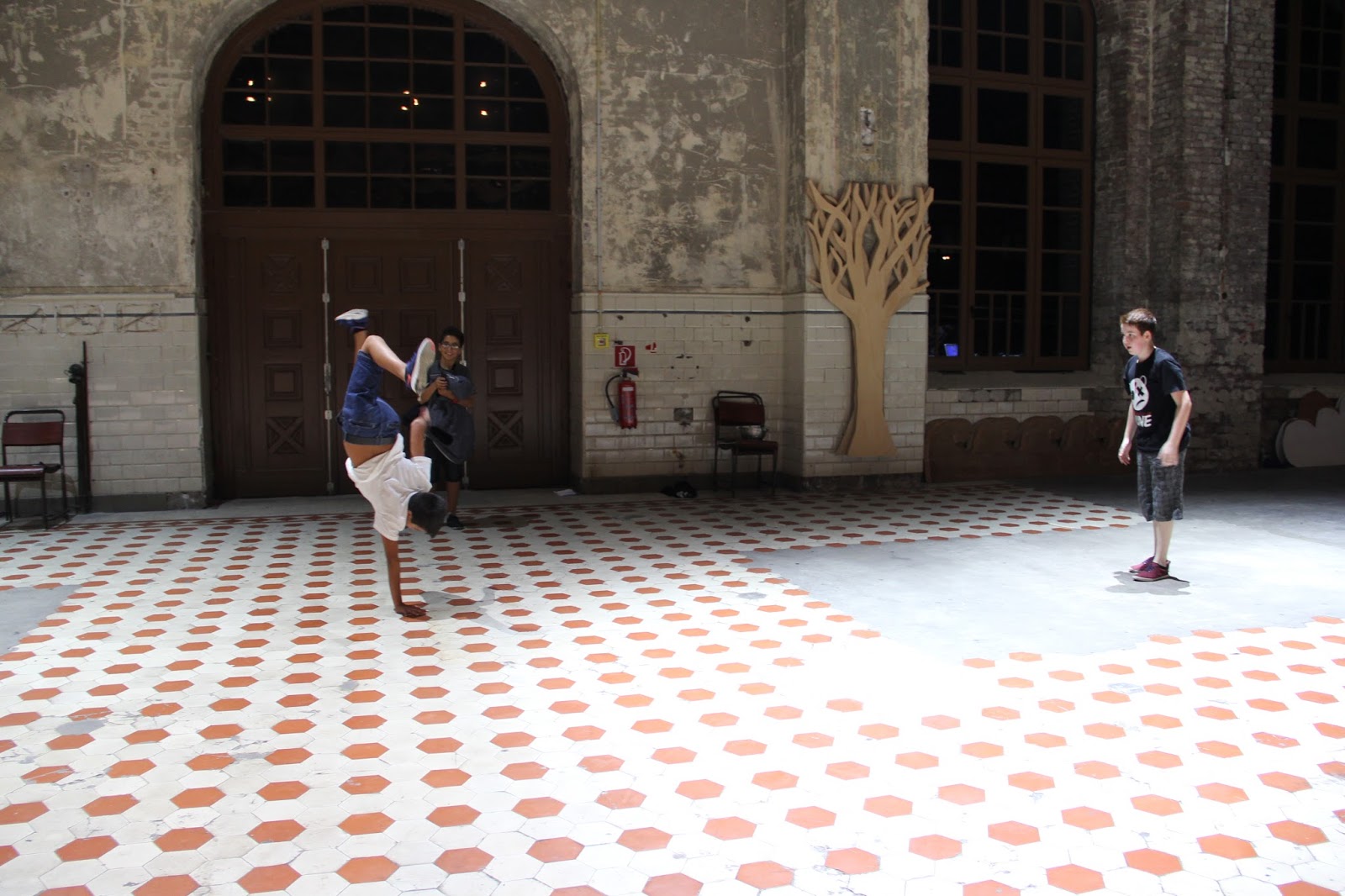 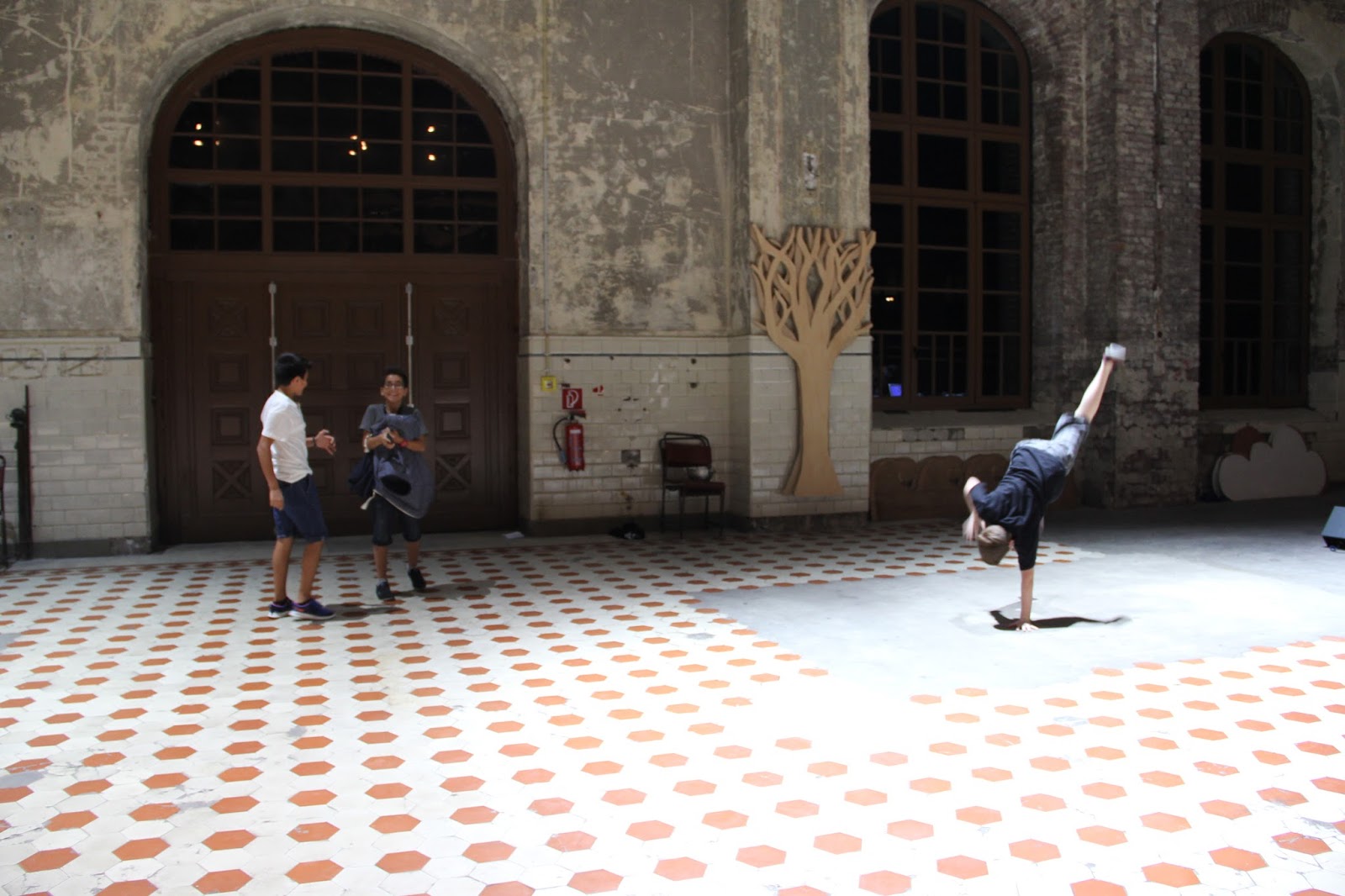 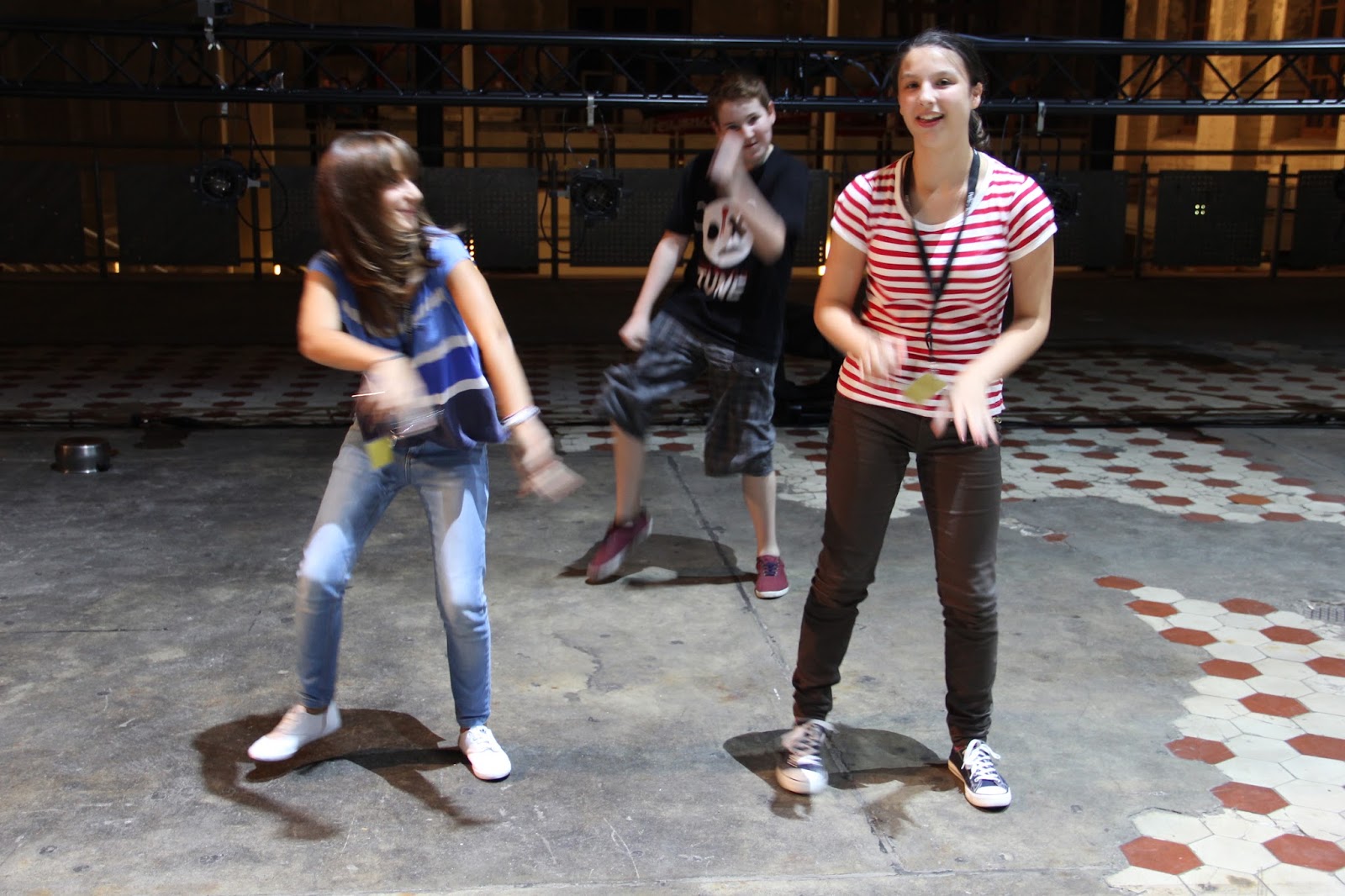 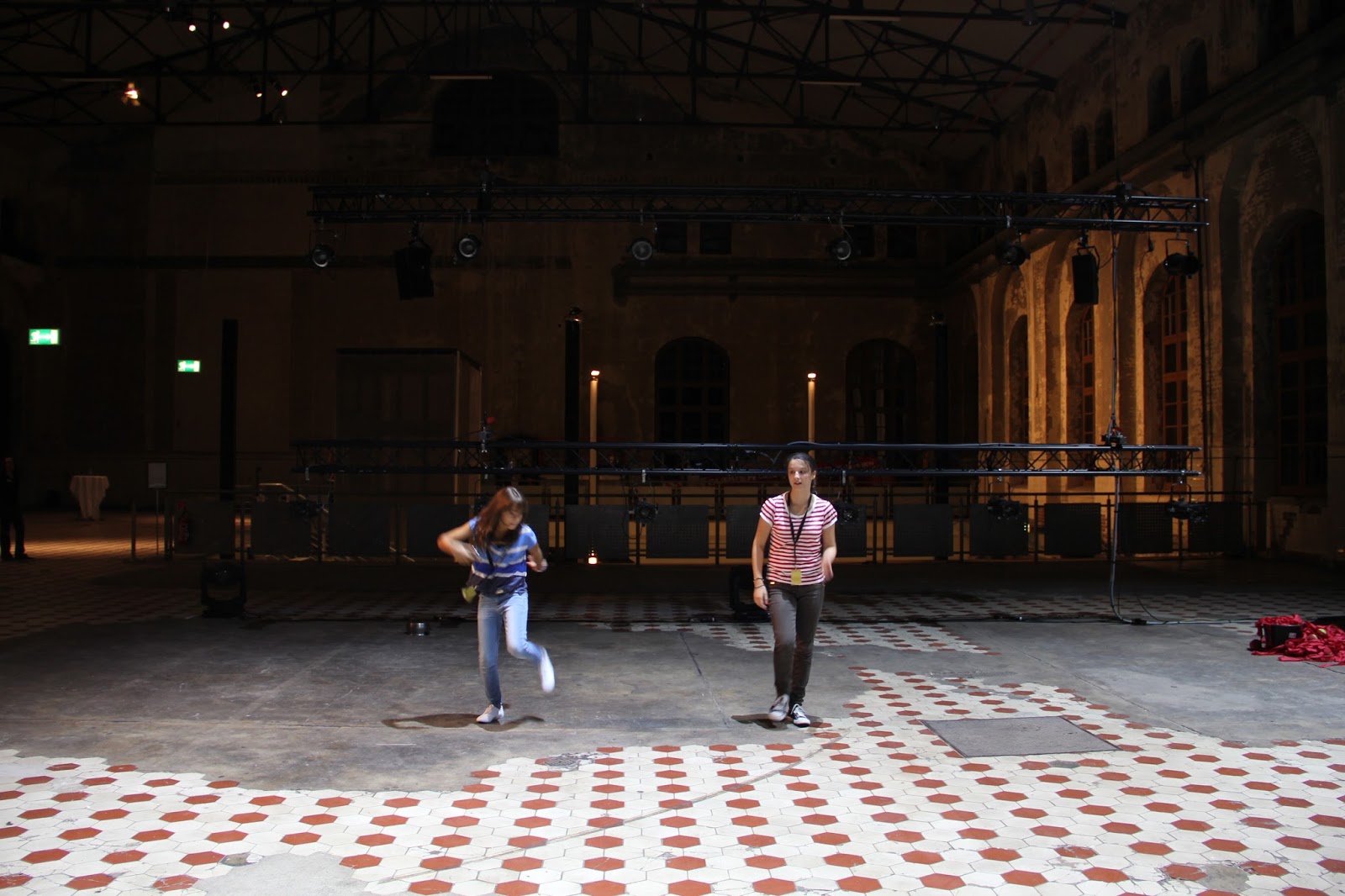 Next up: The Sinking of the Titantic... will it (duh) sink or swim?