WELCOME TO THE RUHRTRIENNALE 2014: Starting with.... "Doing Kitchen"

We're back in the Ruhr for year three of the Children's Choice Awards! Look out for the cars on the autobahn, as we'll be ALLLL over the region the next 7 weeks chauffeuring the VIP's around.

For our first jury visit of 2014, we headed to Duisburg for the frietagsküche's "Doing Kitchen," a performance/meal where artists, performers and kids get to hang out and eat together ahead of the festival's official start. With a full meal included, we were feeling pretty optimistic that this performance would go over well from the start.

Here are 2 VIP's from Essen, posing with their VIP wheels to get the show started! 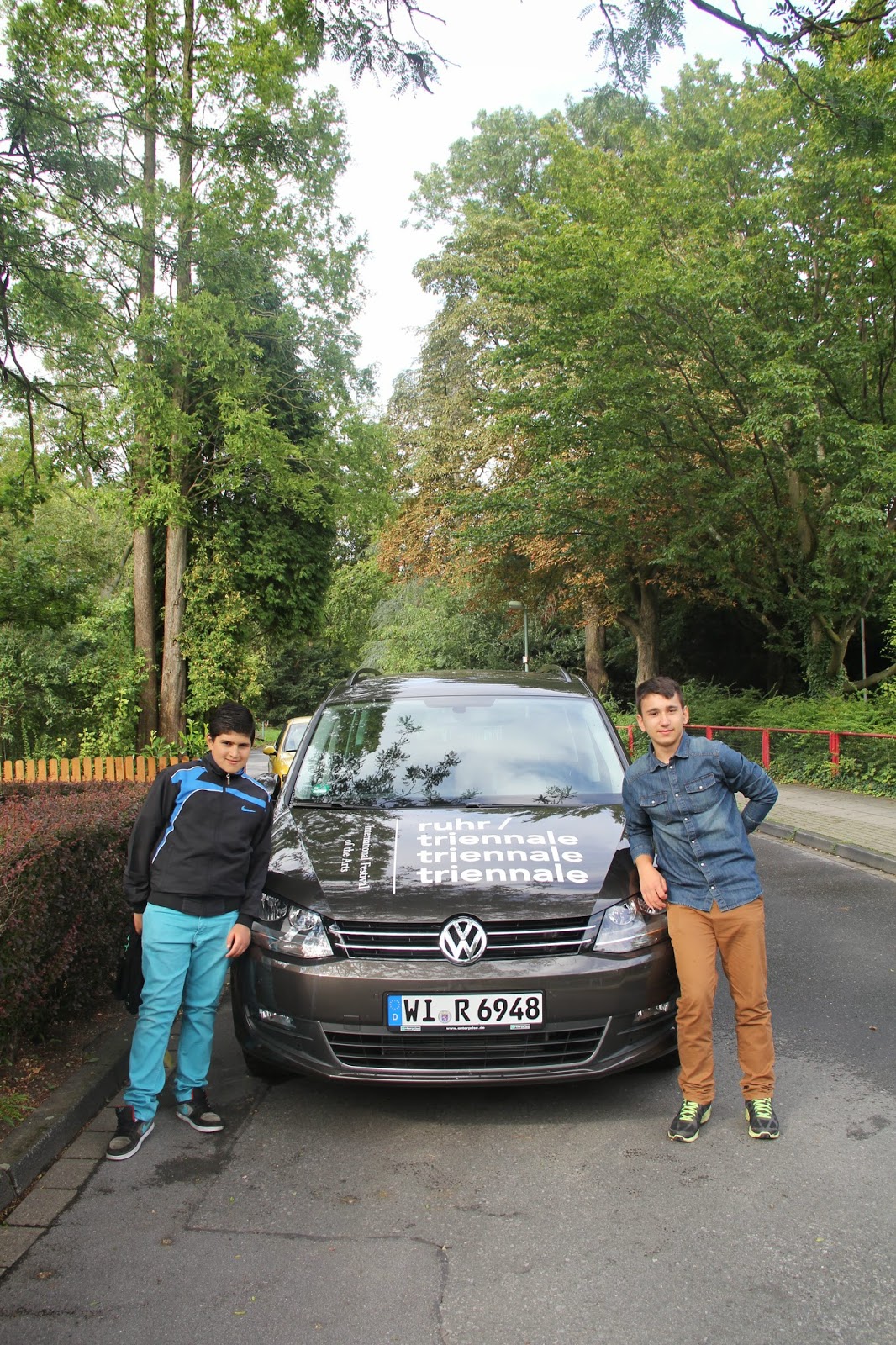 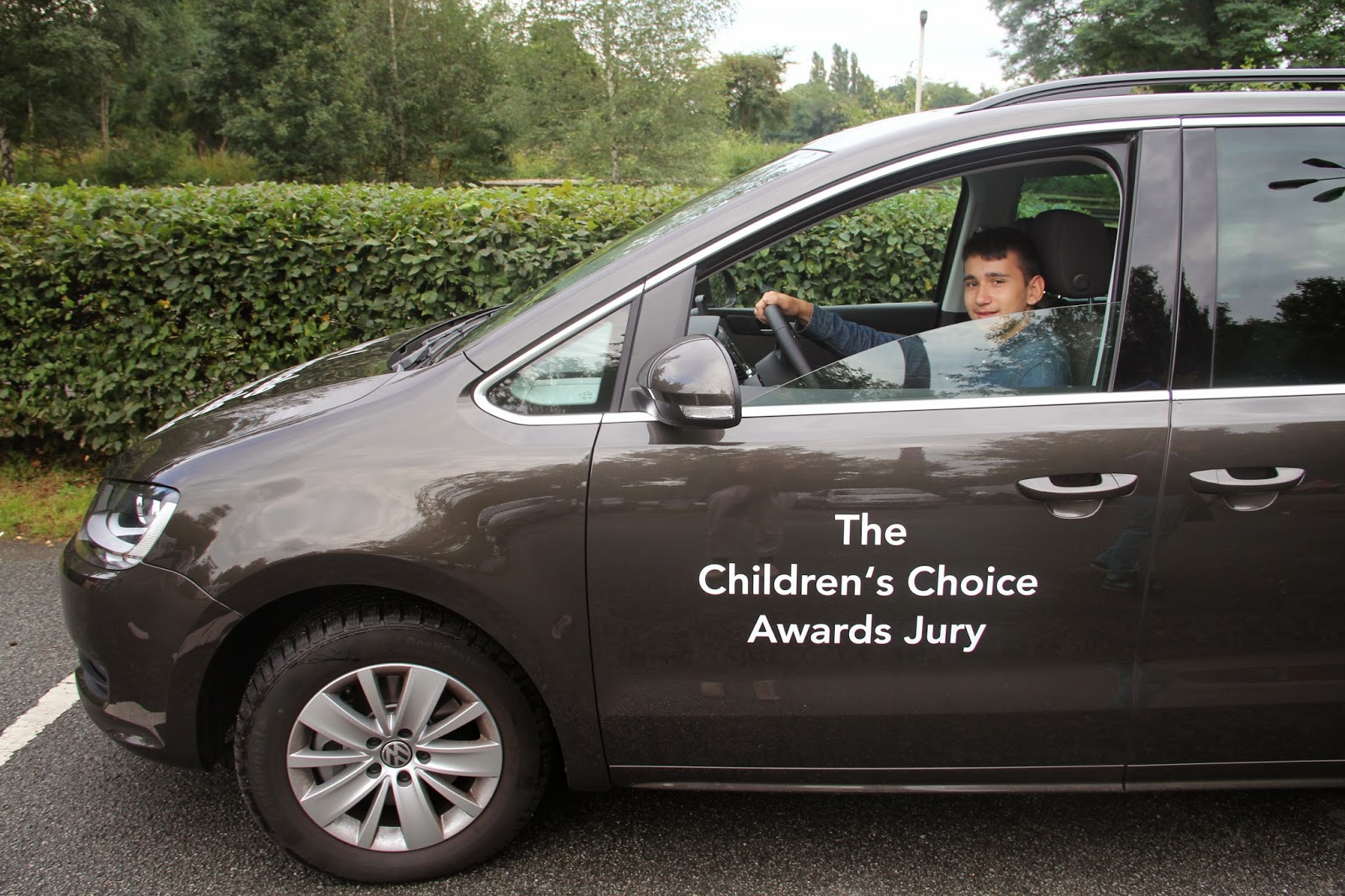 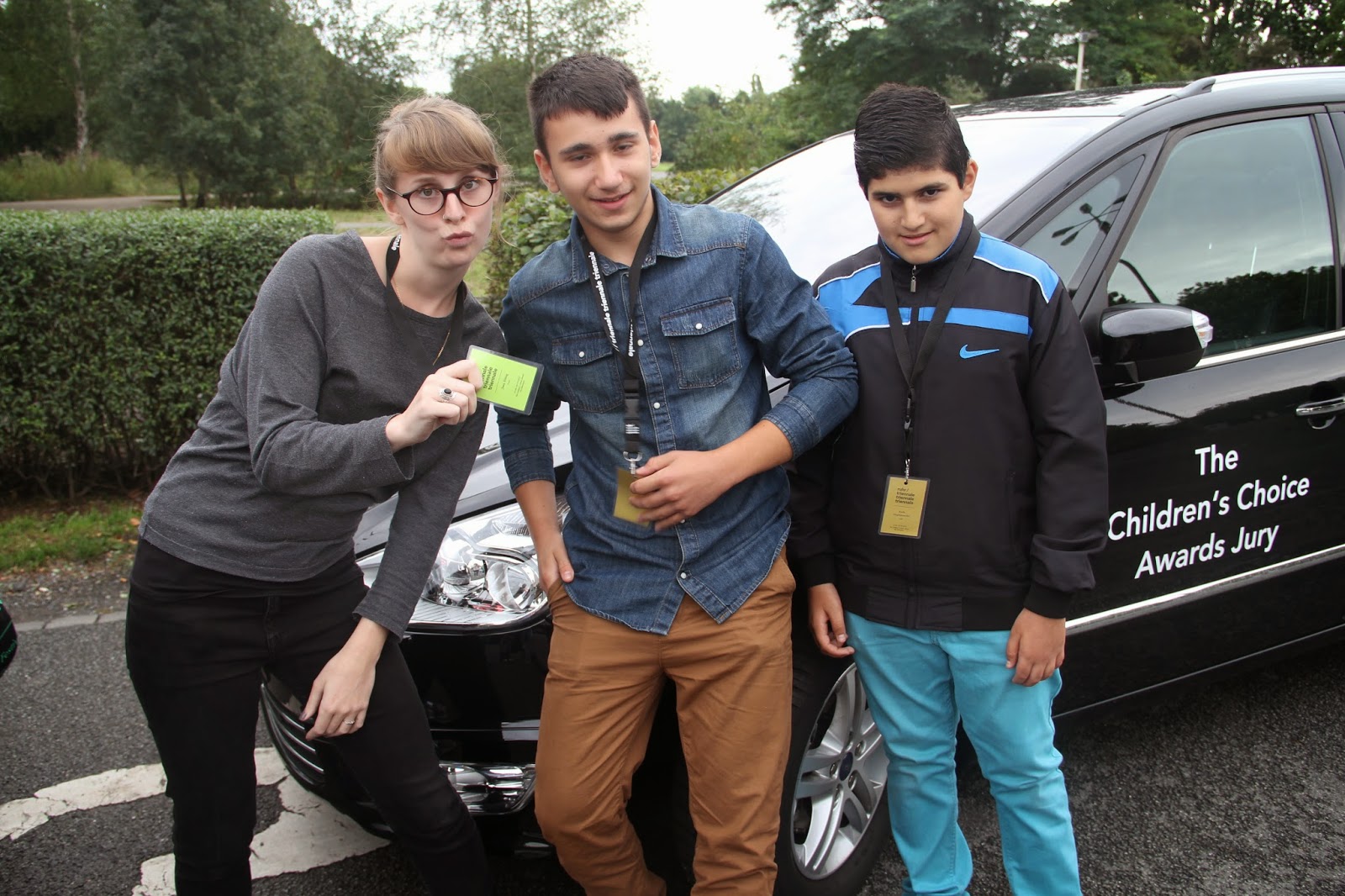 Jury 1, with boys and girls from Essen, Osterfeld and Herten, met for the first time at the Landschaftspark in Duisburg. Ta daaaaa ! 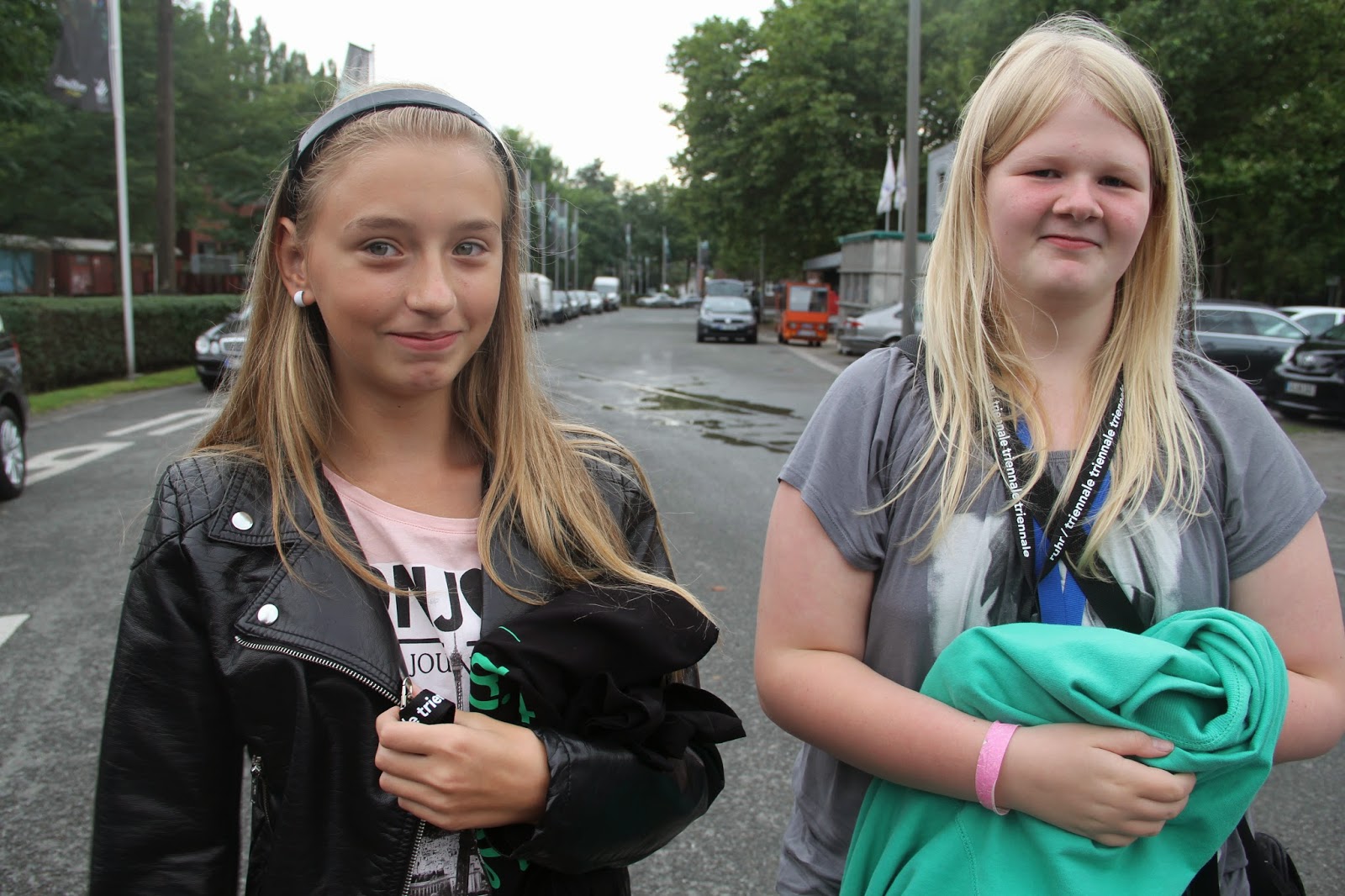 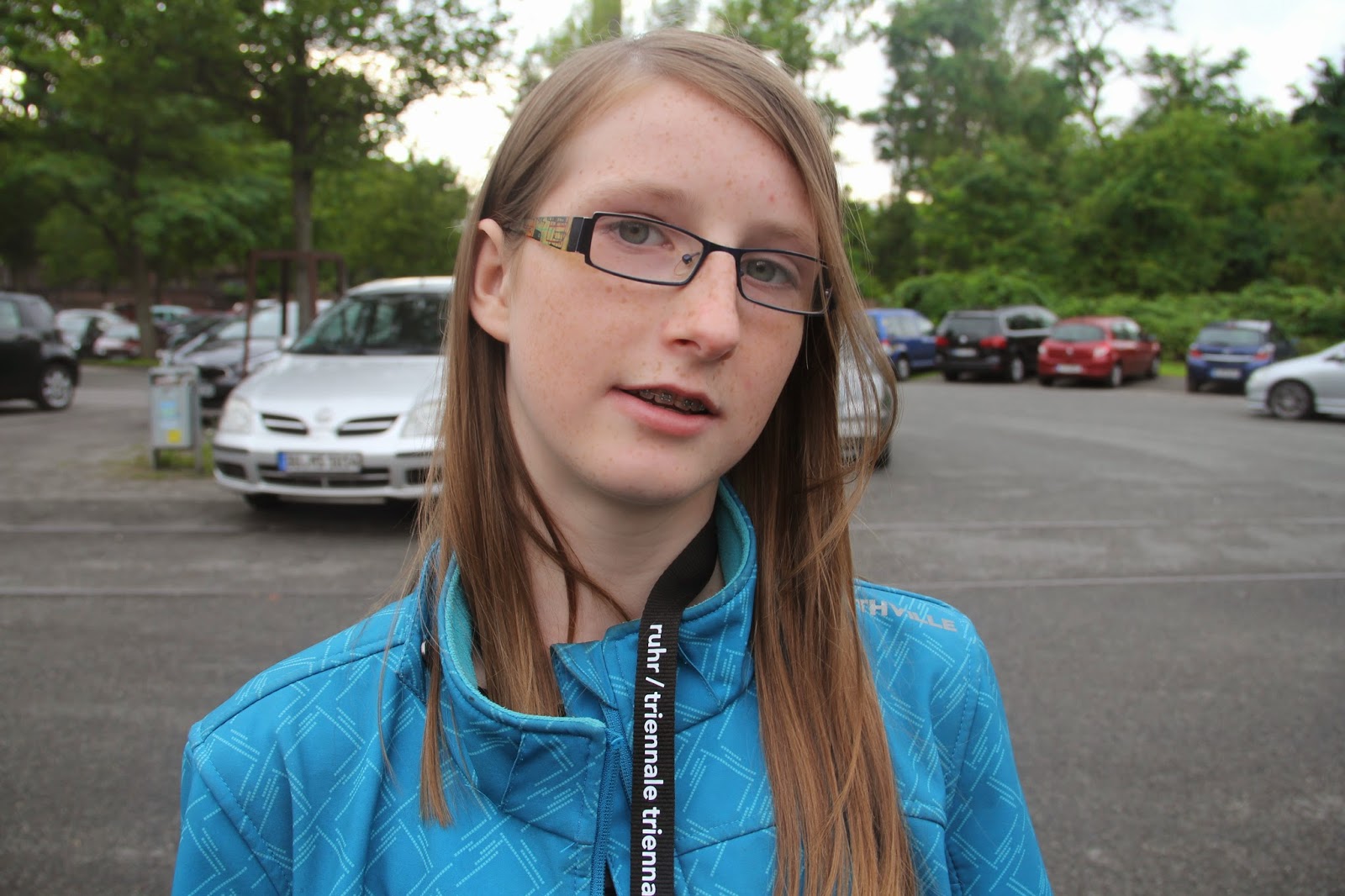 a cheer for JURY NUMMER EINS!!! 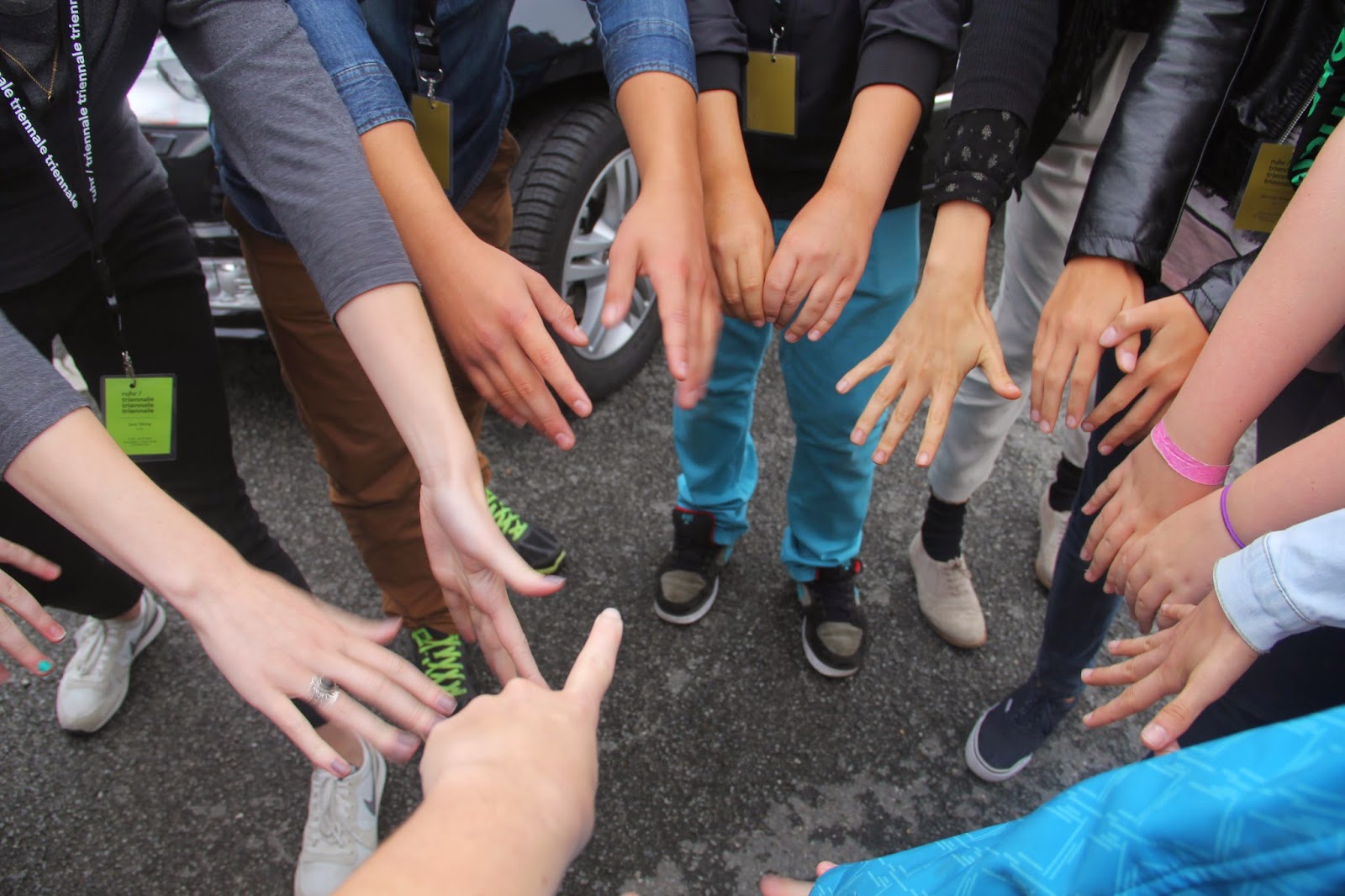 Here they are, walking the red carpet (Lena the superstar leading the way, on crutches!) 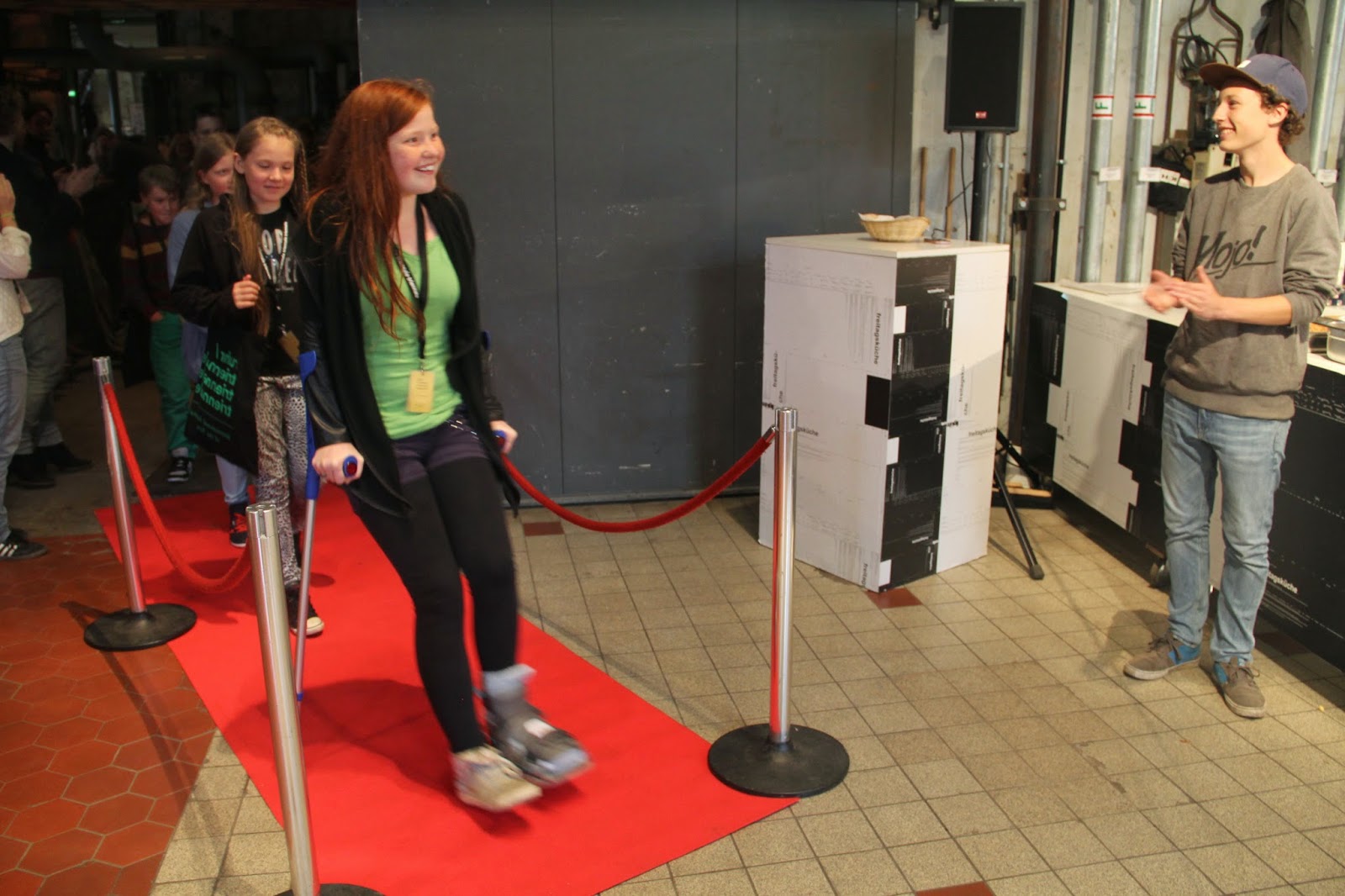 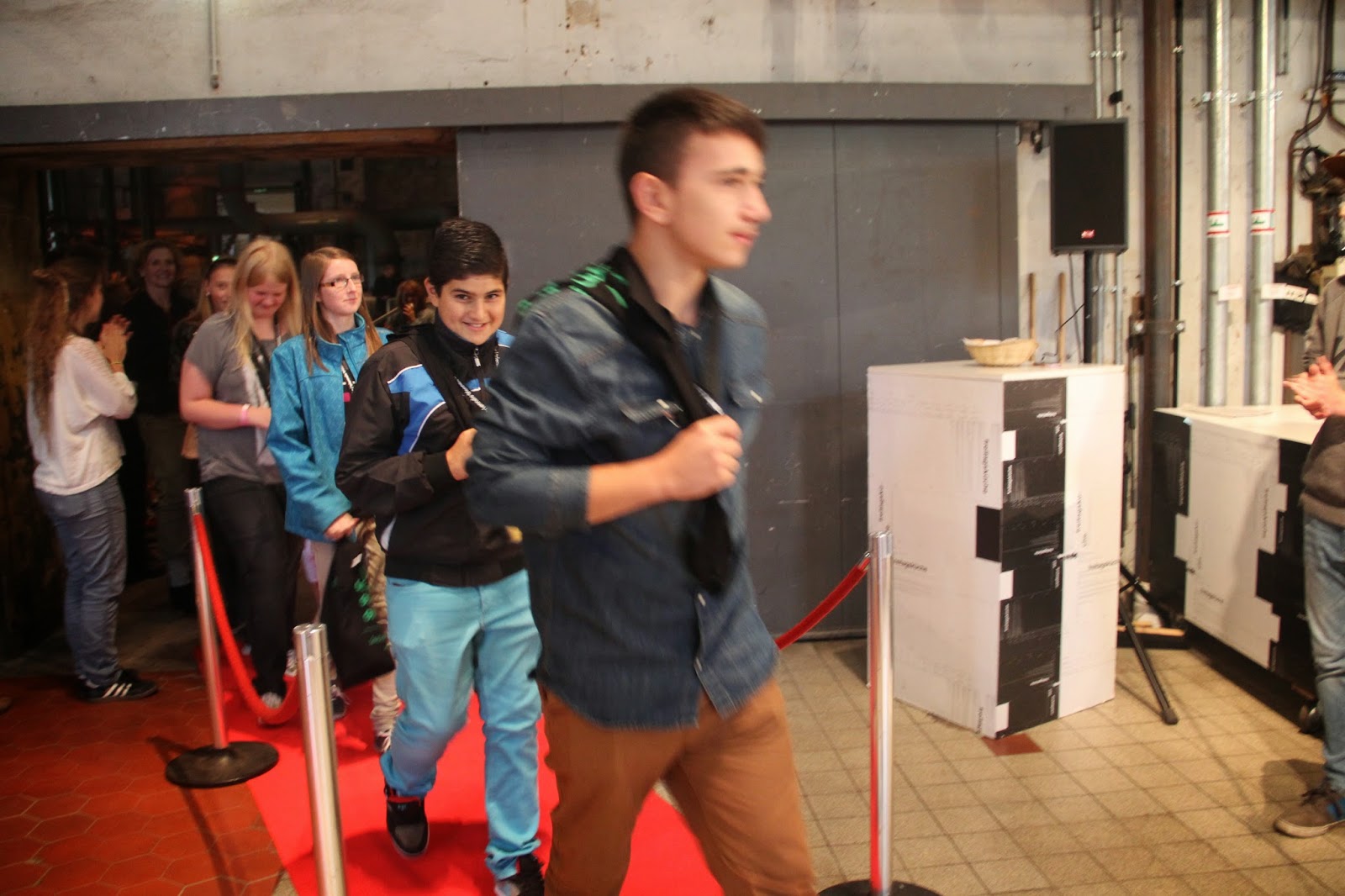 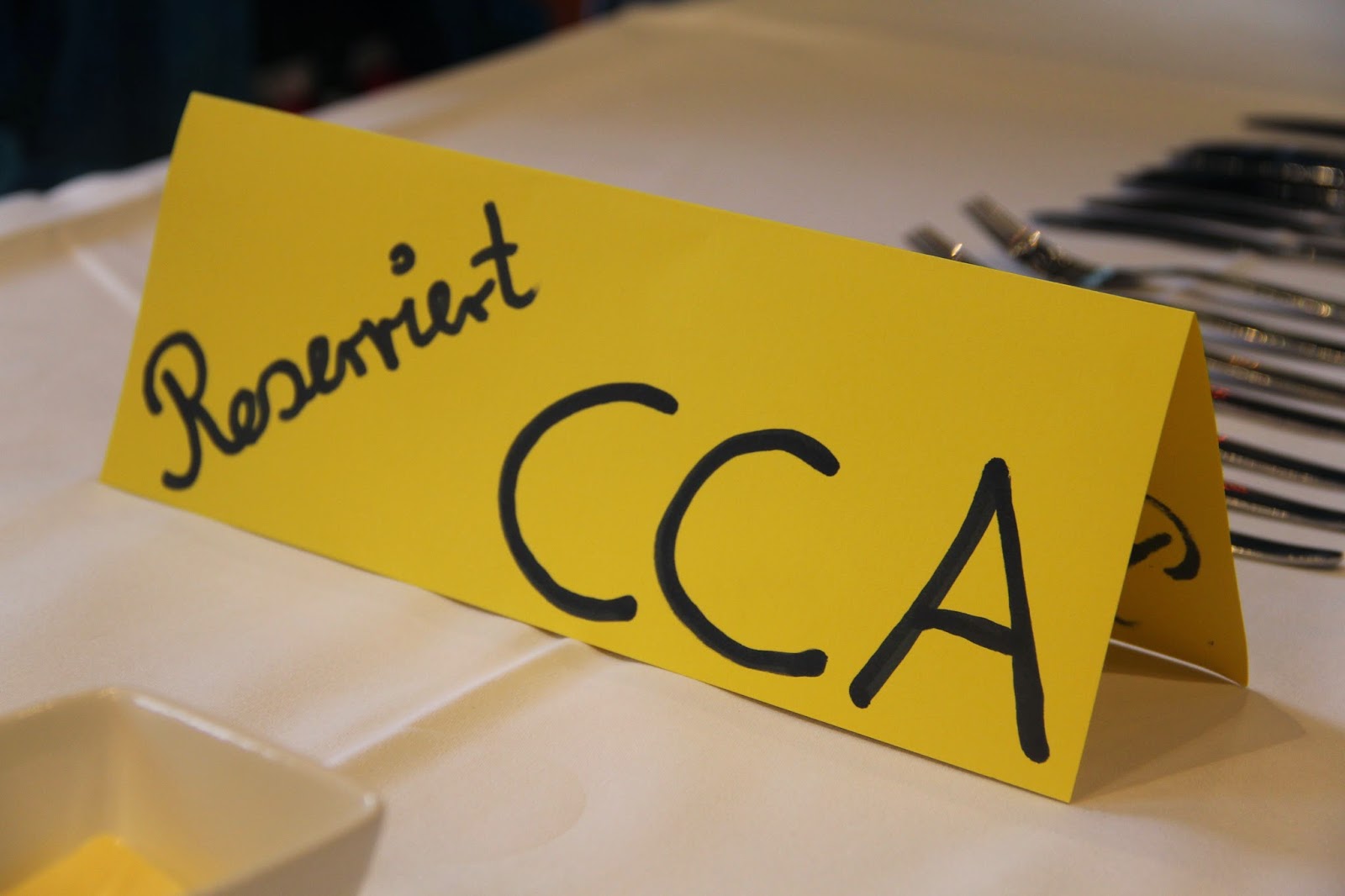 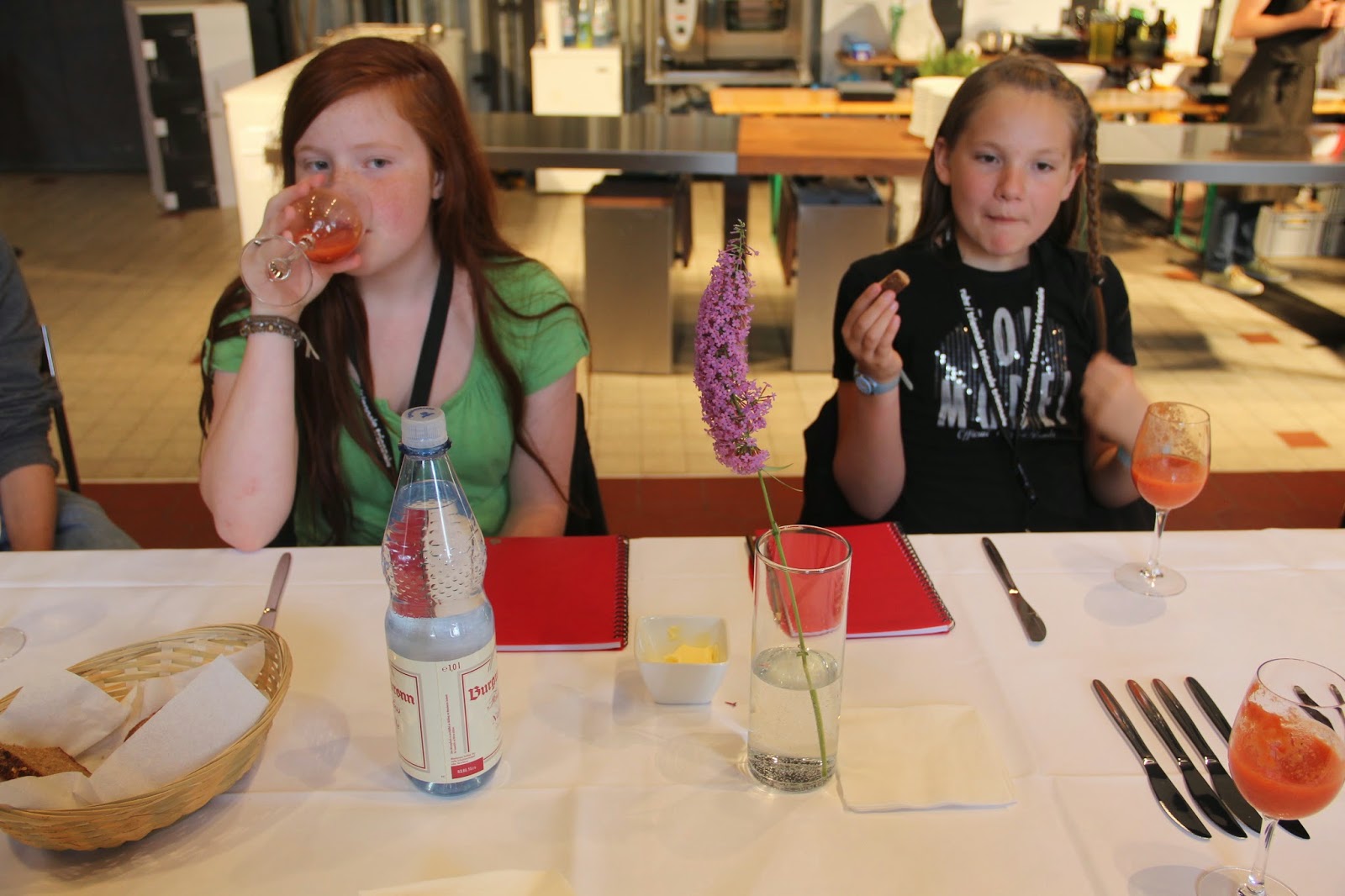 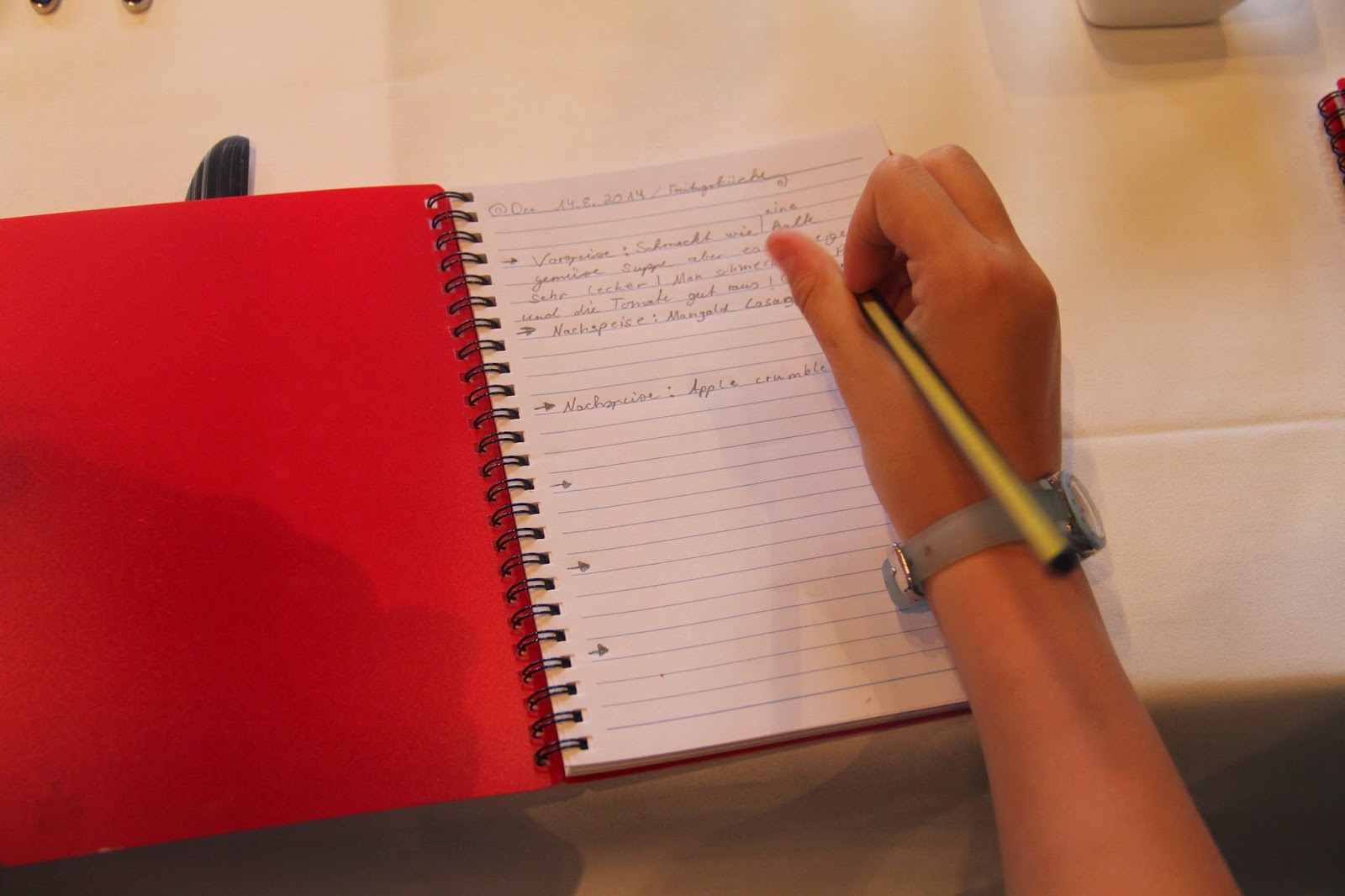 Testing out the headphones the Sparkasse gave the jury in their Ruhr taschen! 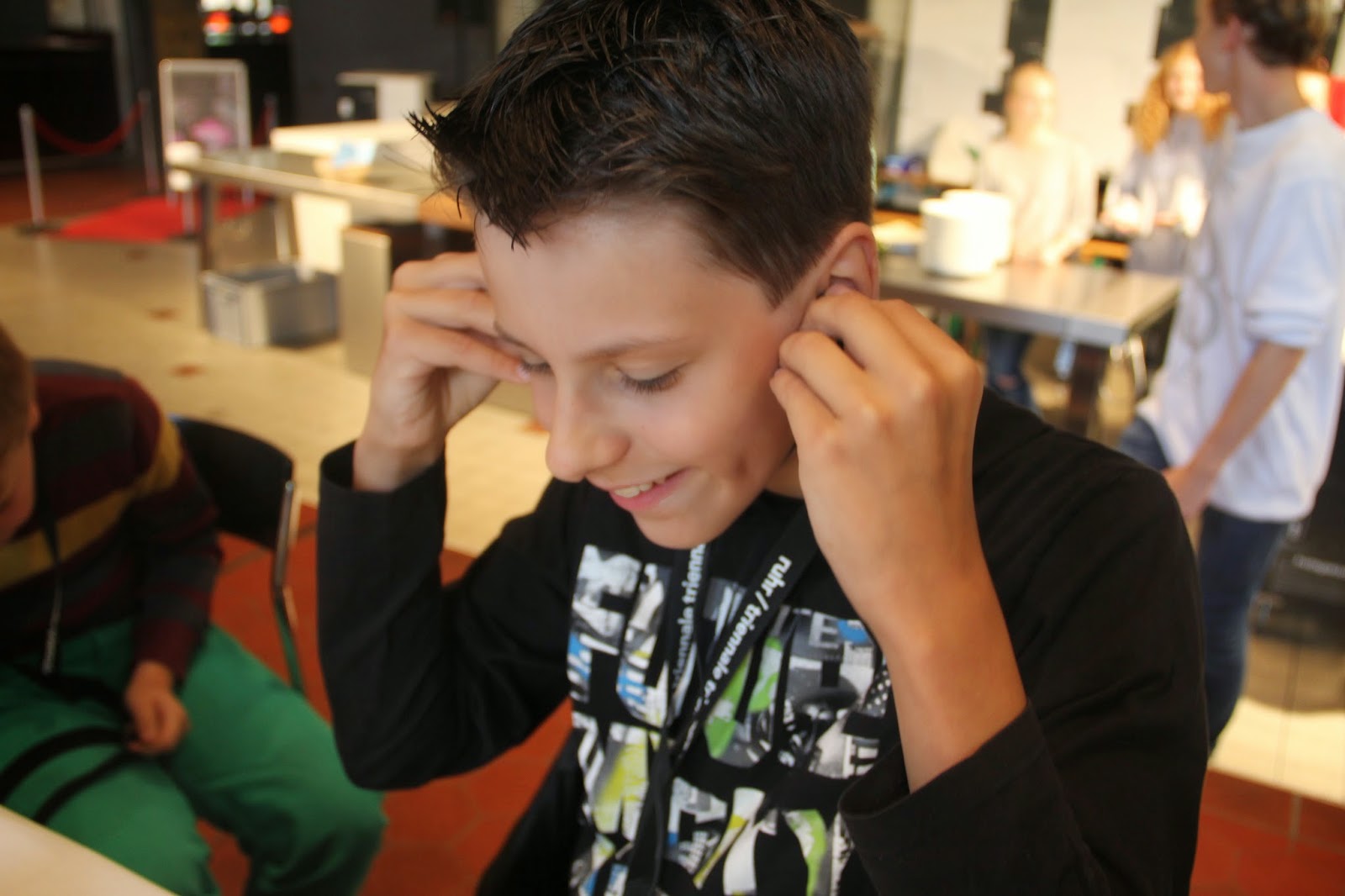 Being served by the freitagsküche team (by some jury members from the 2012 Children's Choice Awards!) 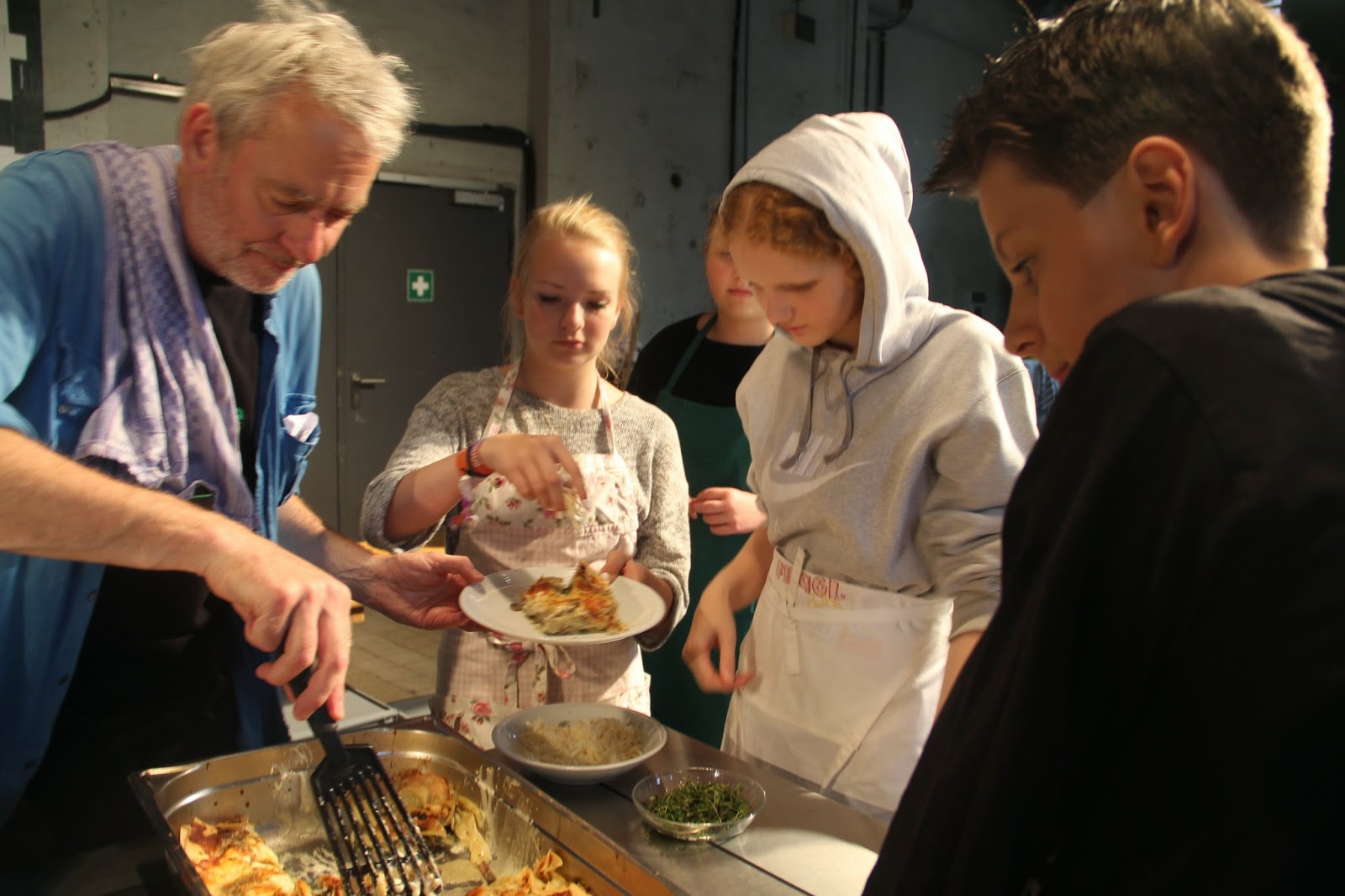 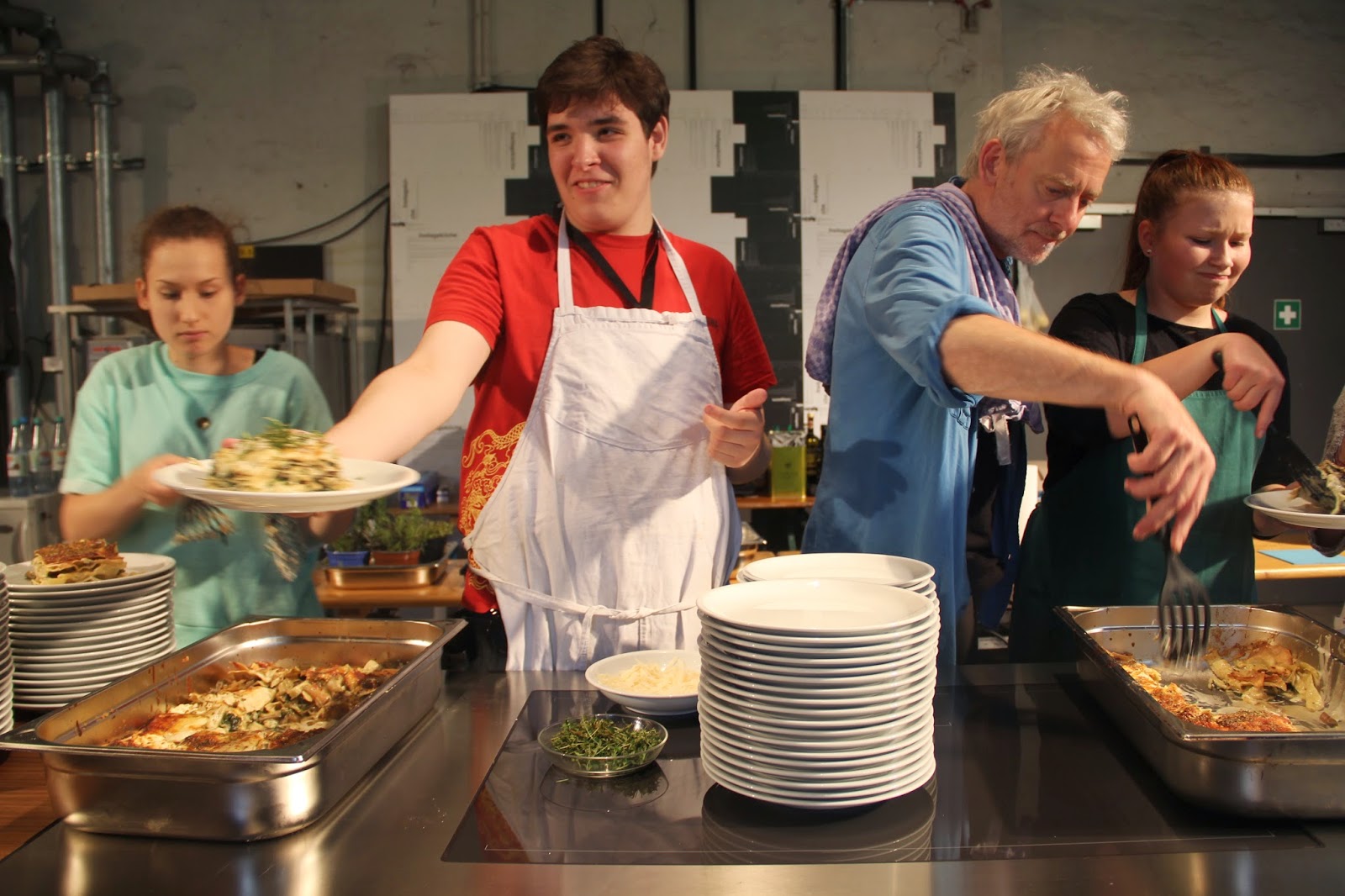 ohhhhh it was as good as it looked 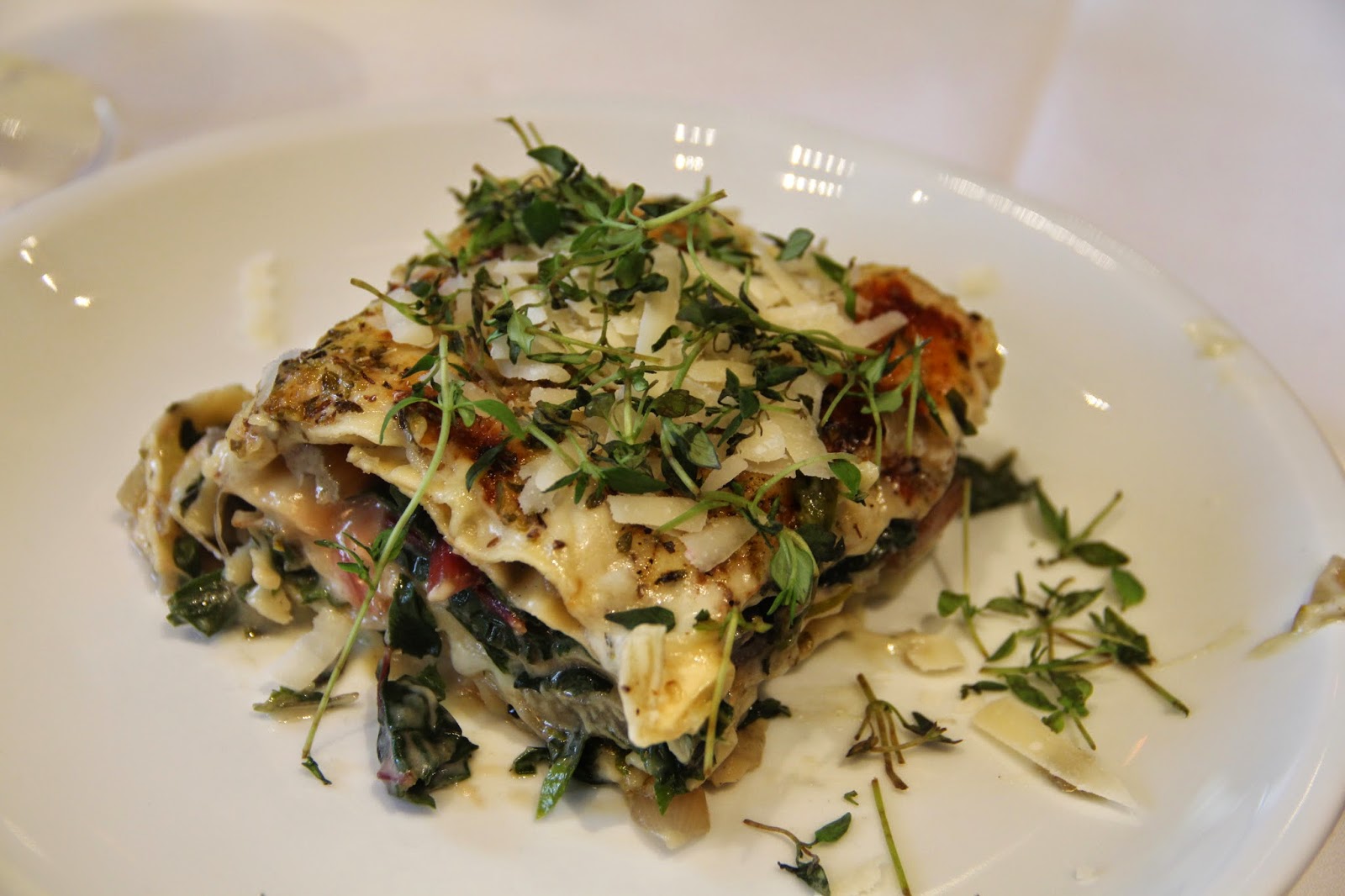 the head chef checking in with the VIPs 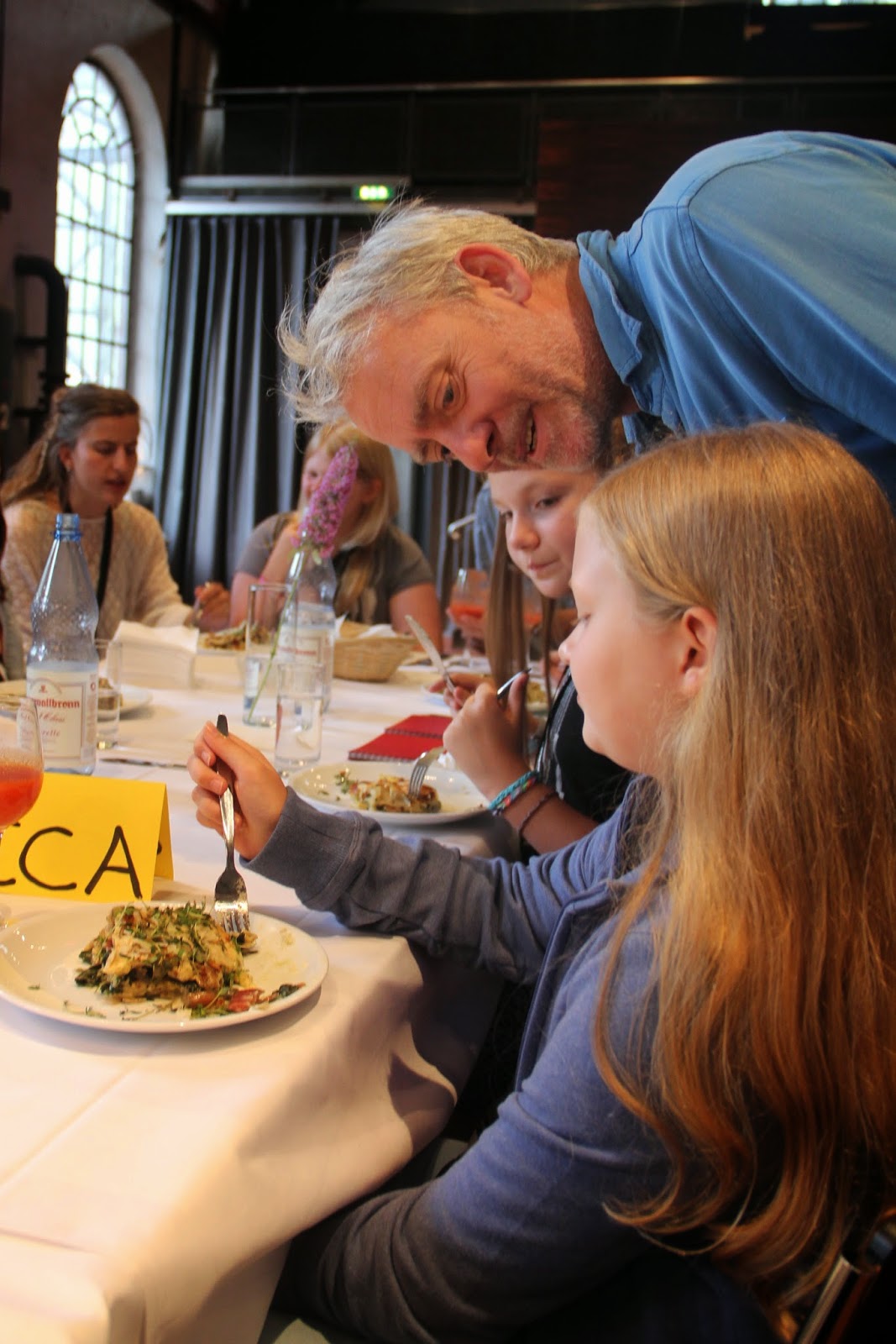 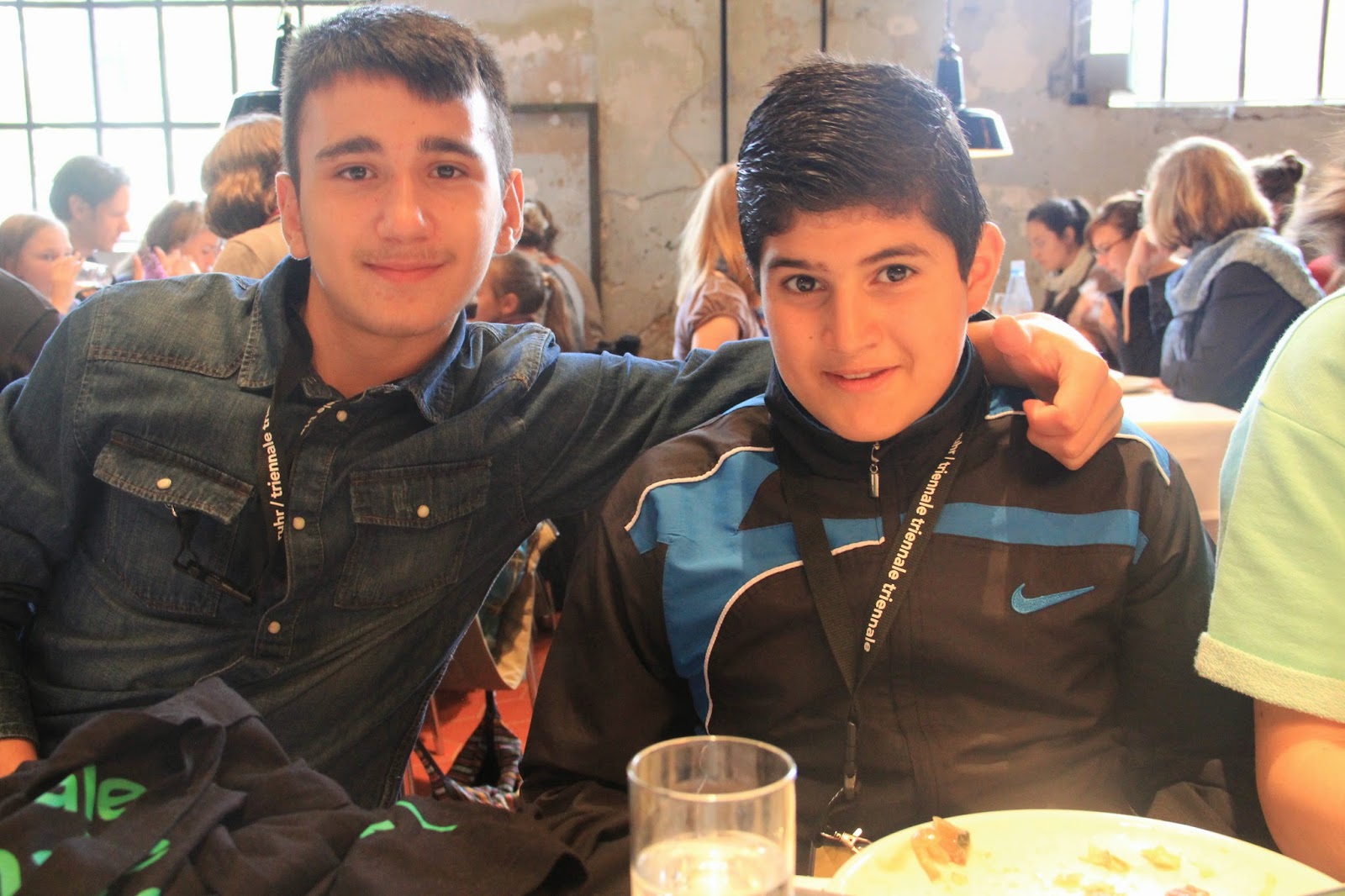 the Pumpenhalle scene - lots of people out for the food 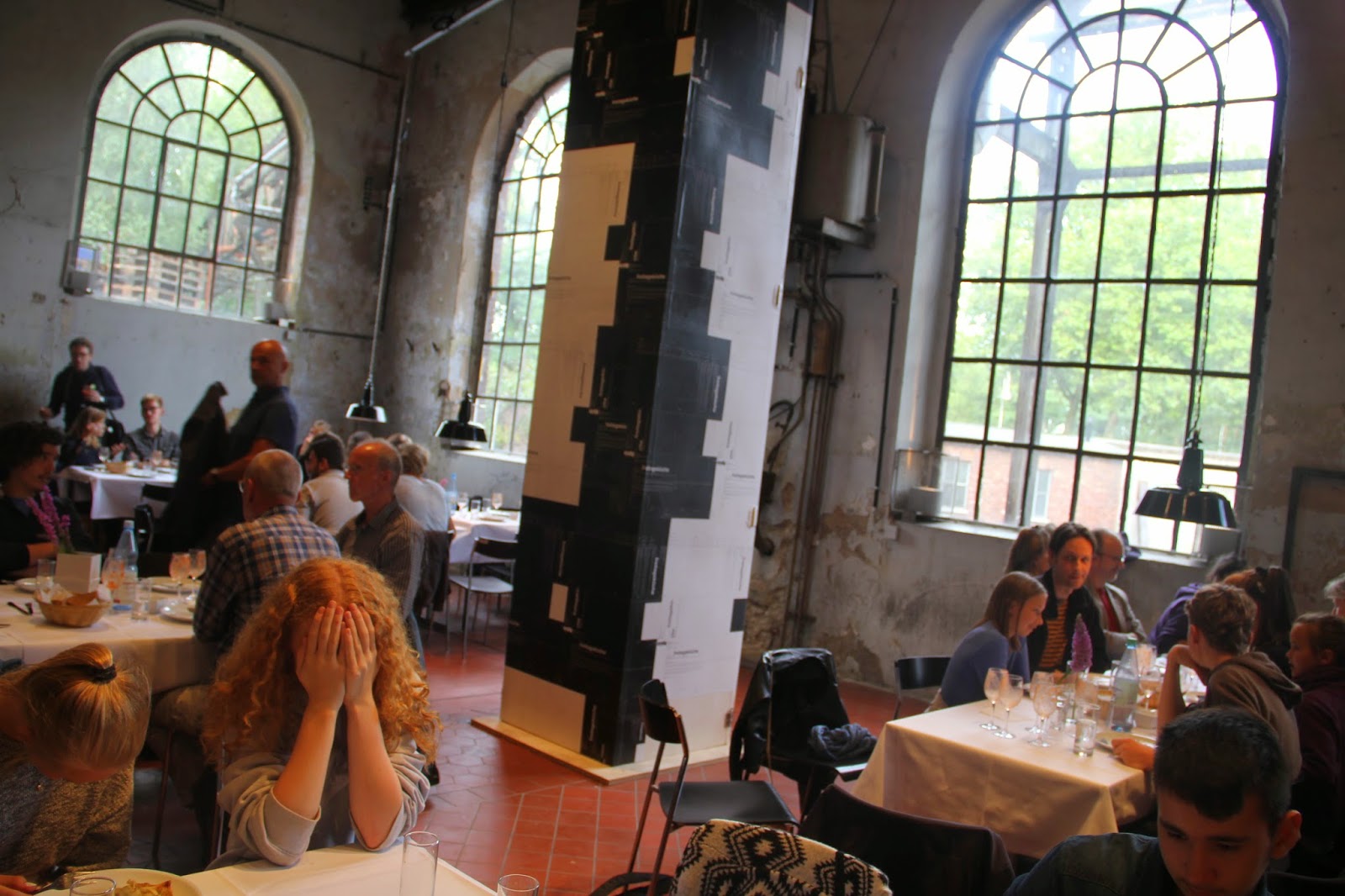 The menu, or what we ate 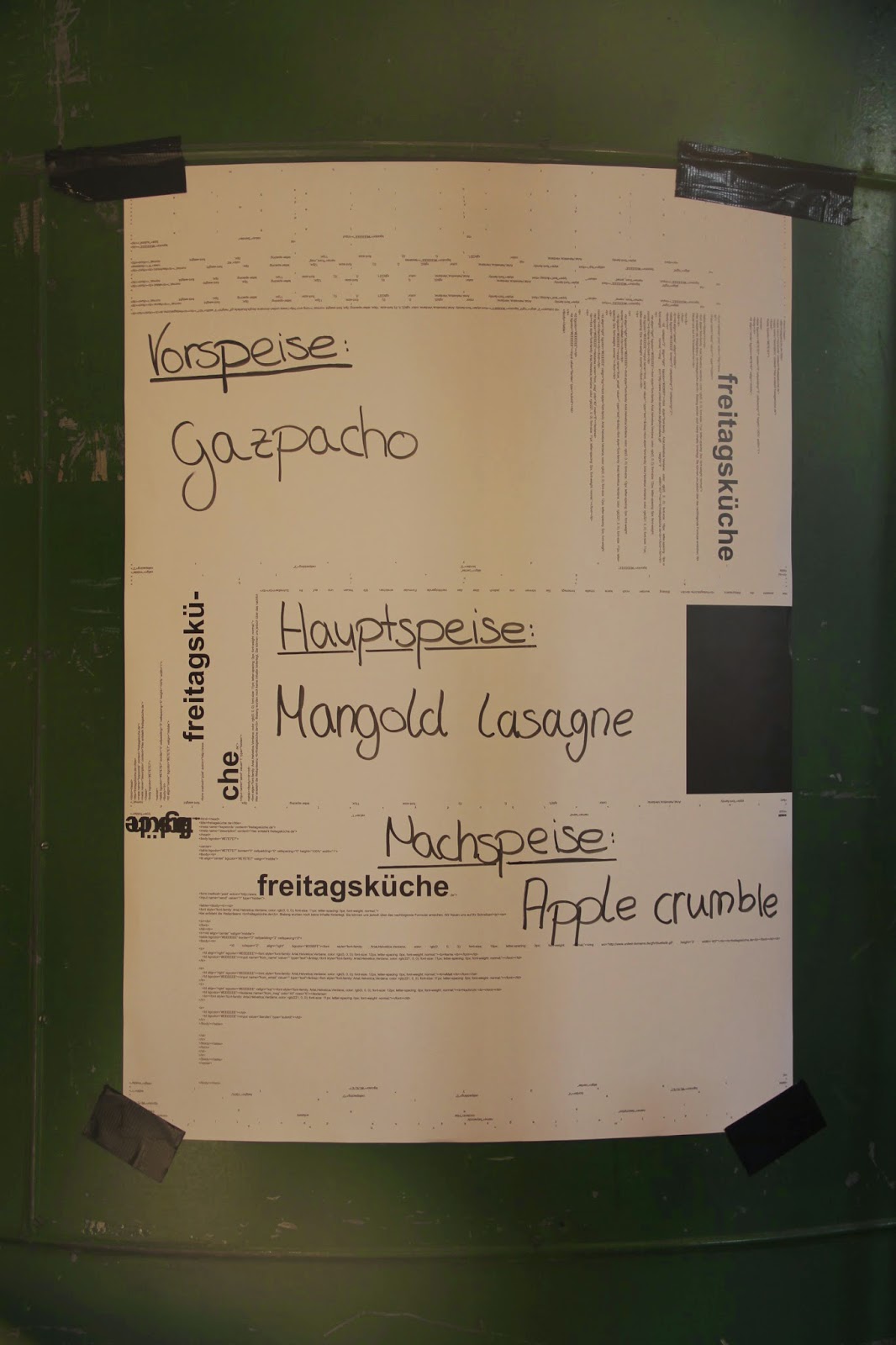 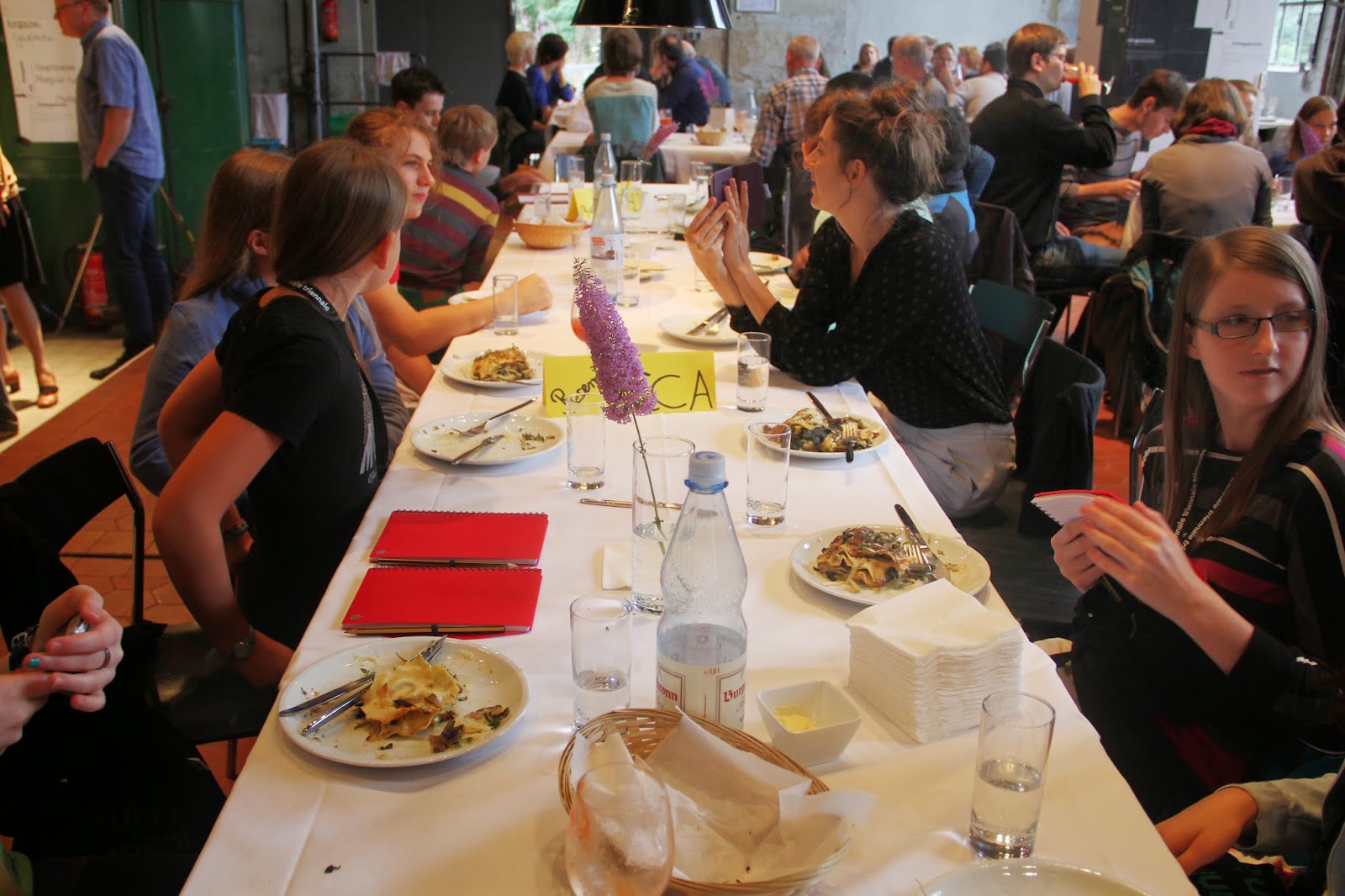 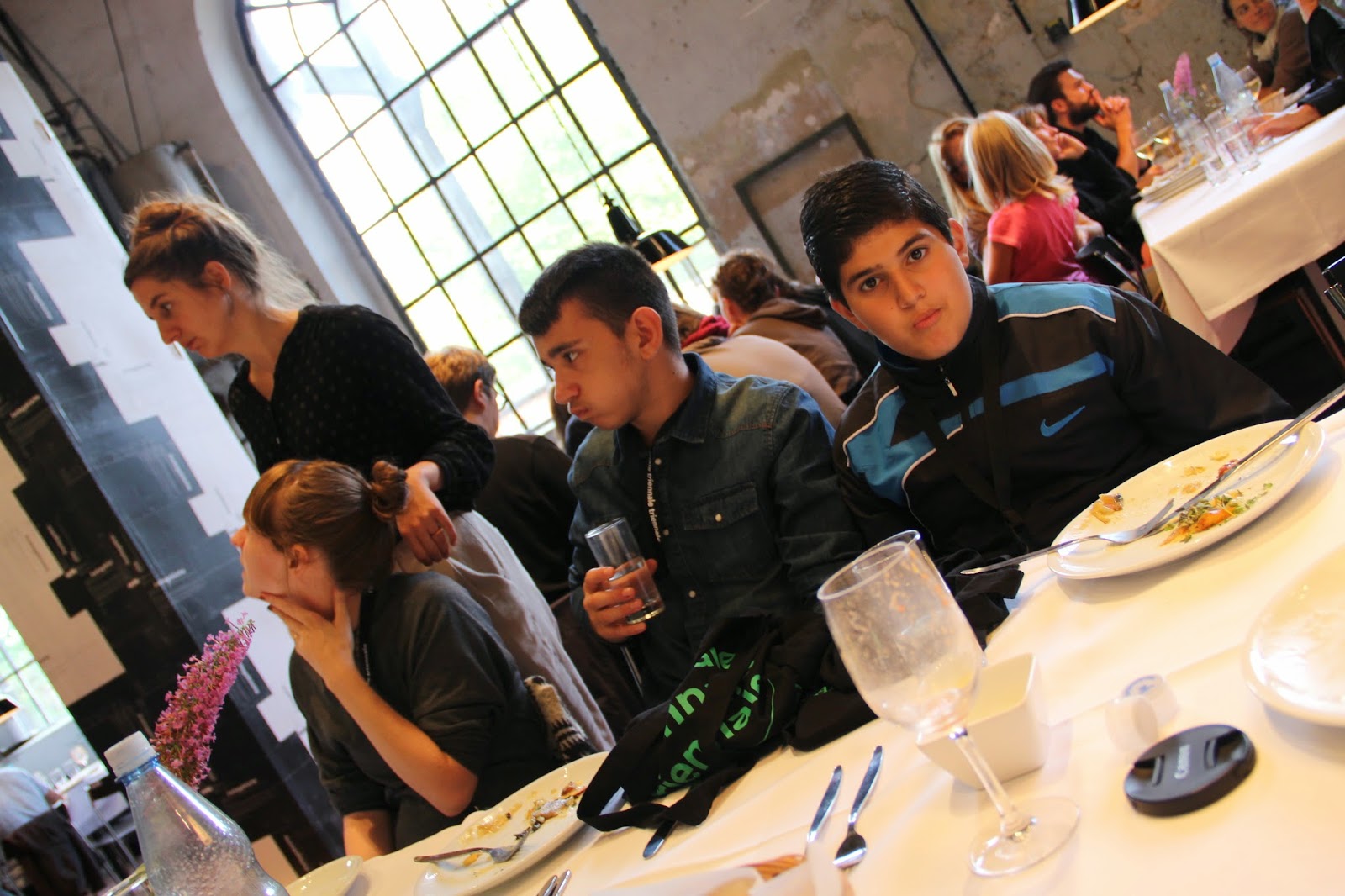 some thoughts on the food 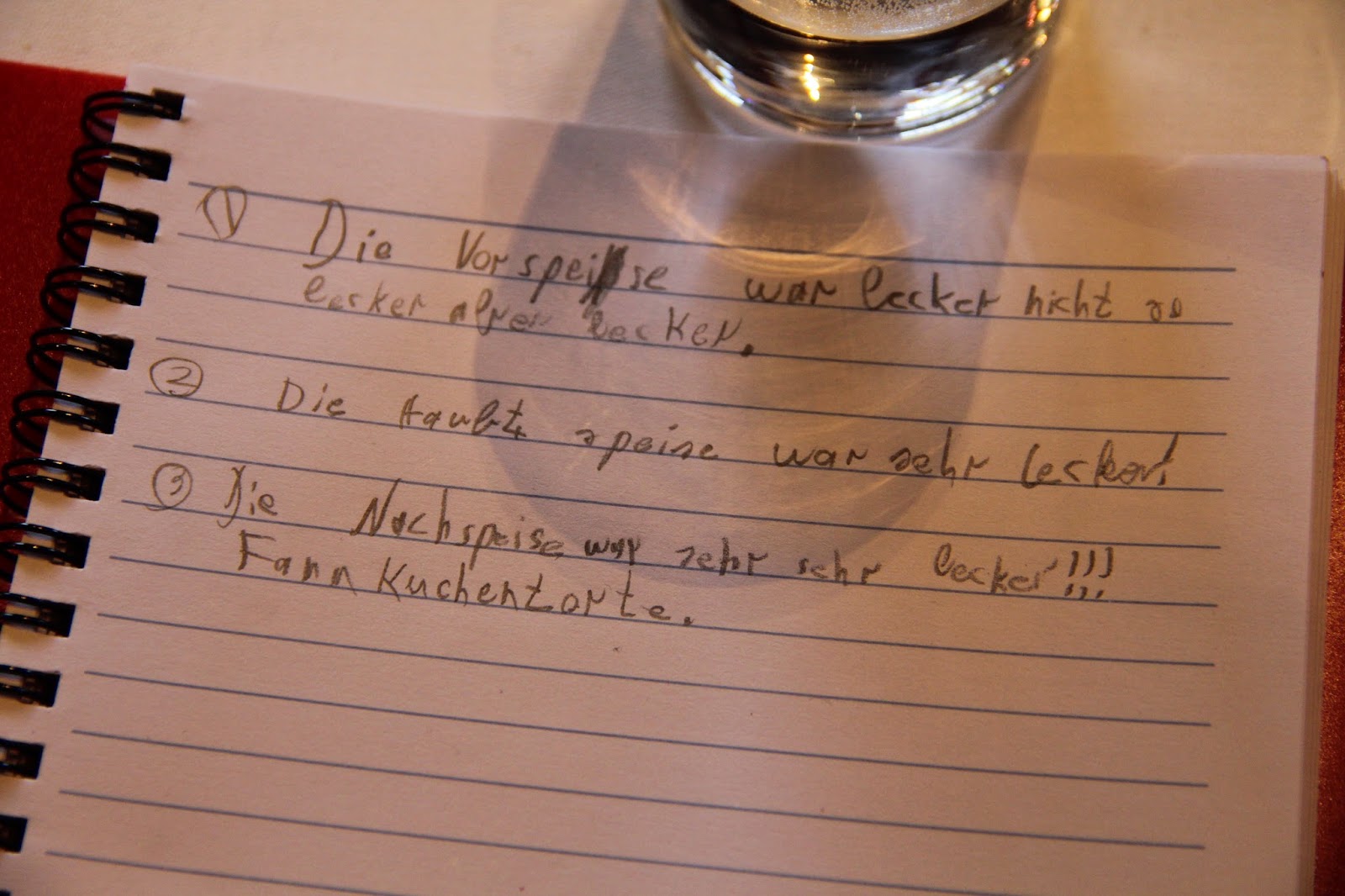 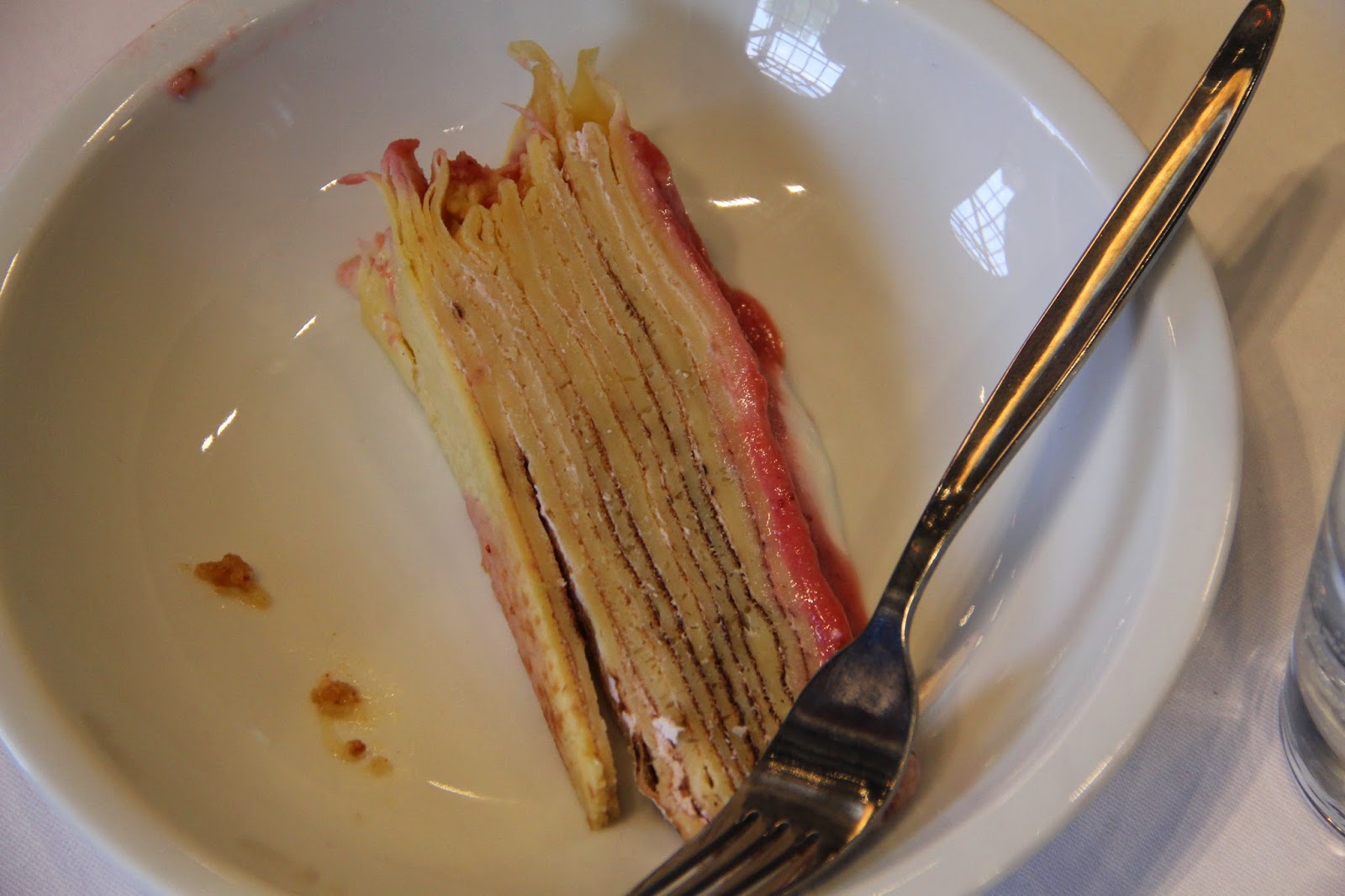 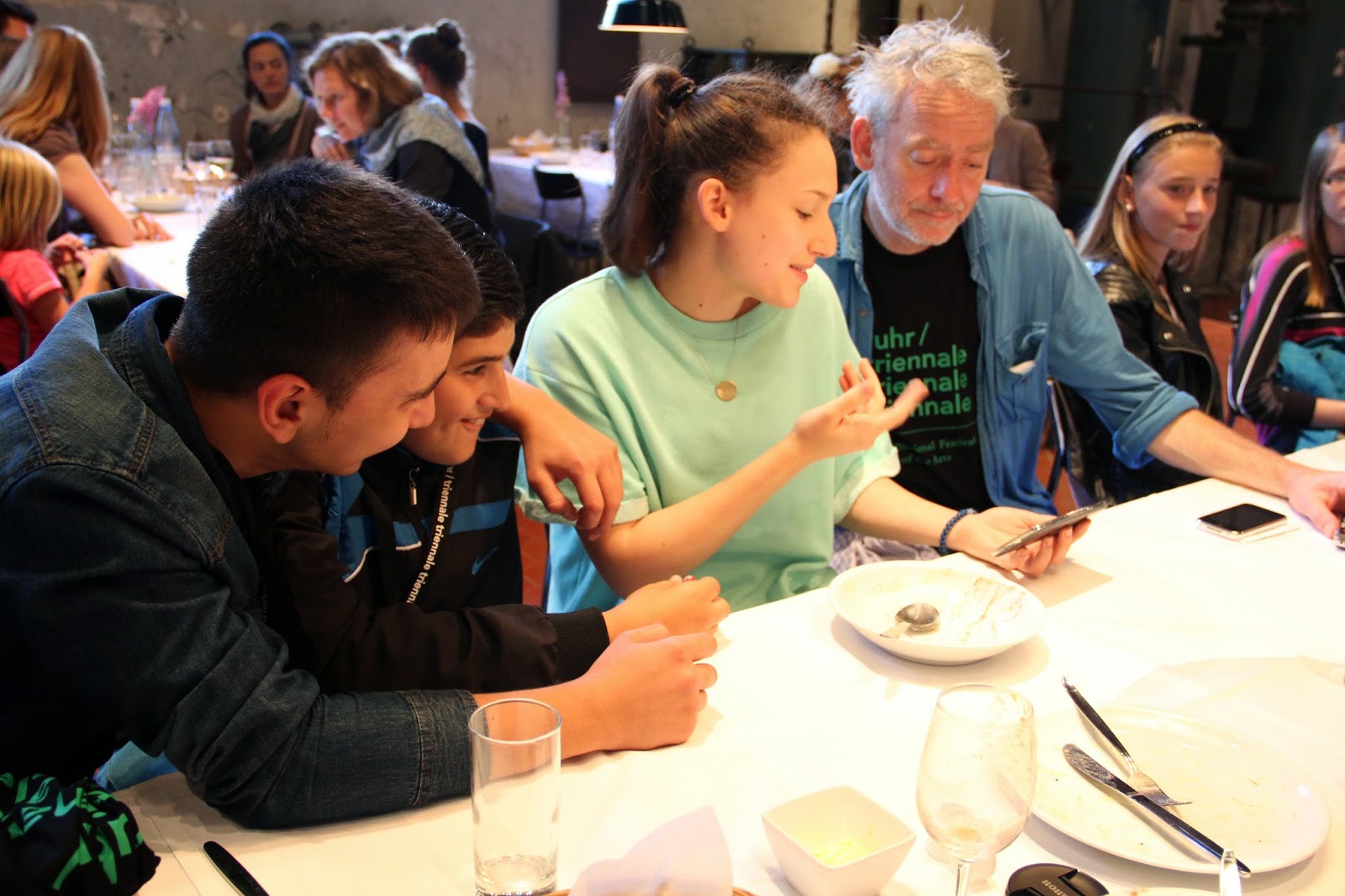 anddd evaluation time, for the first time this year! 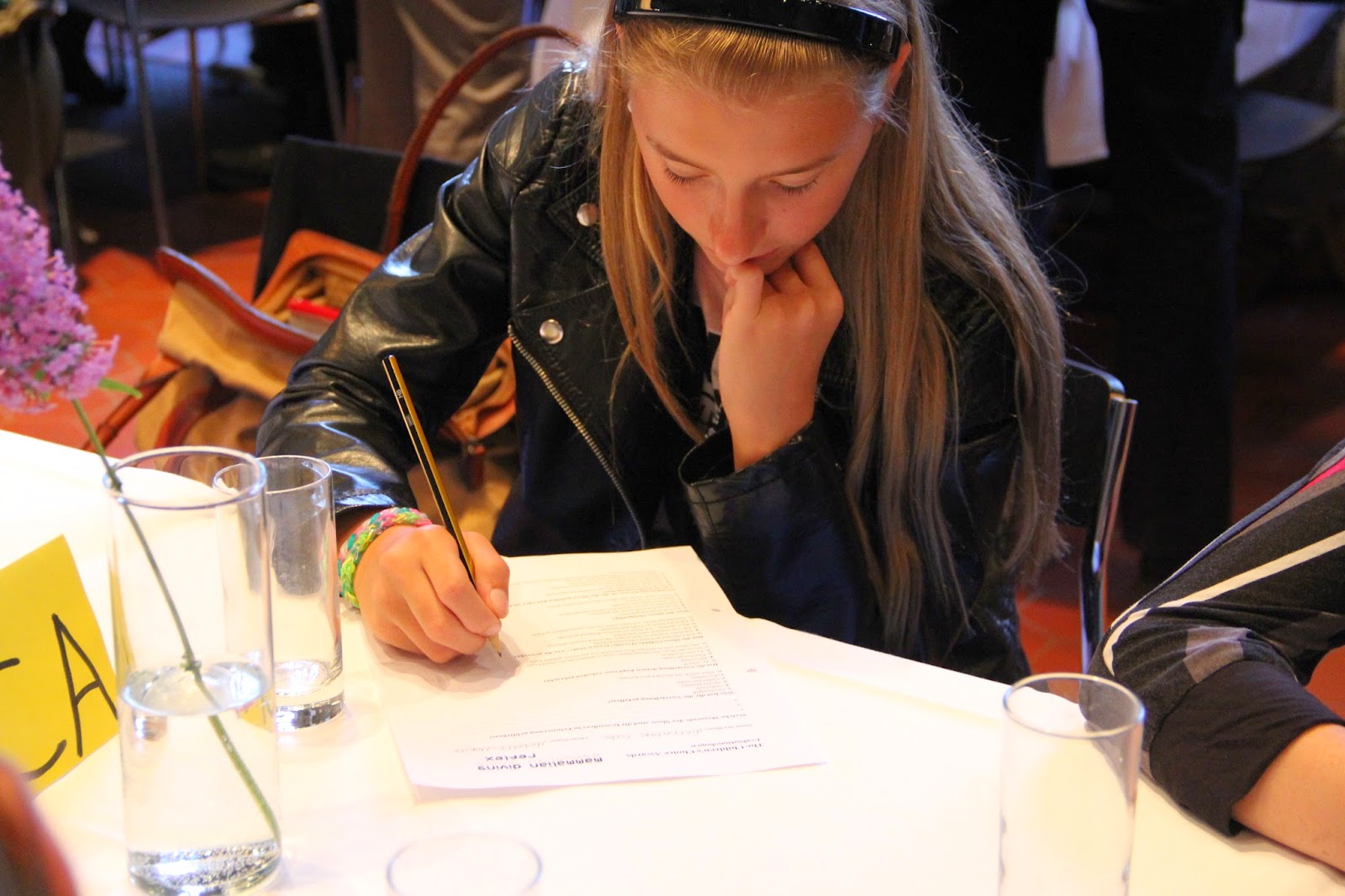 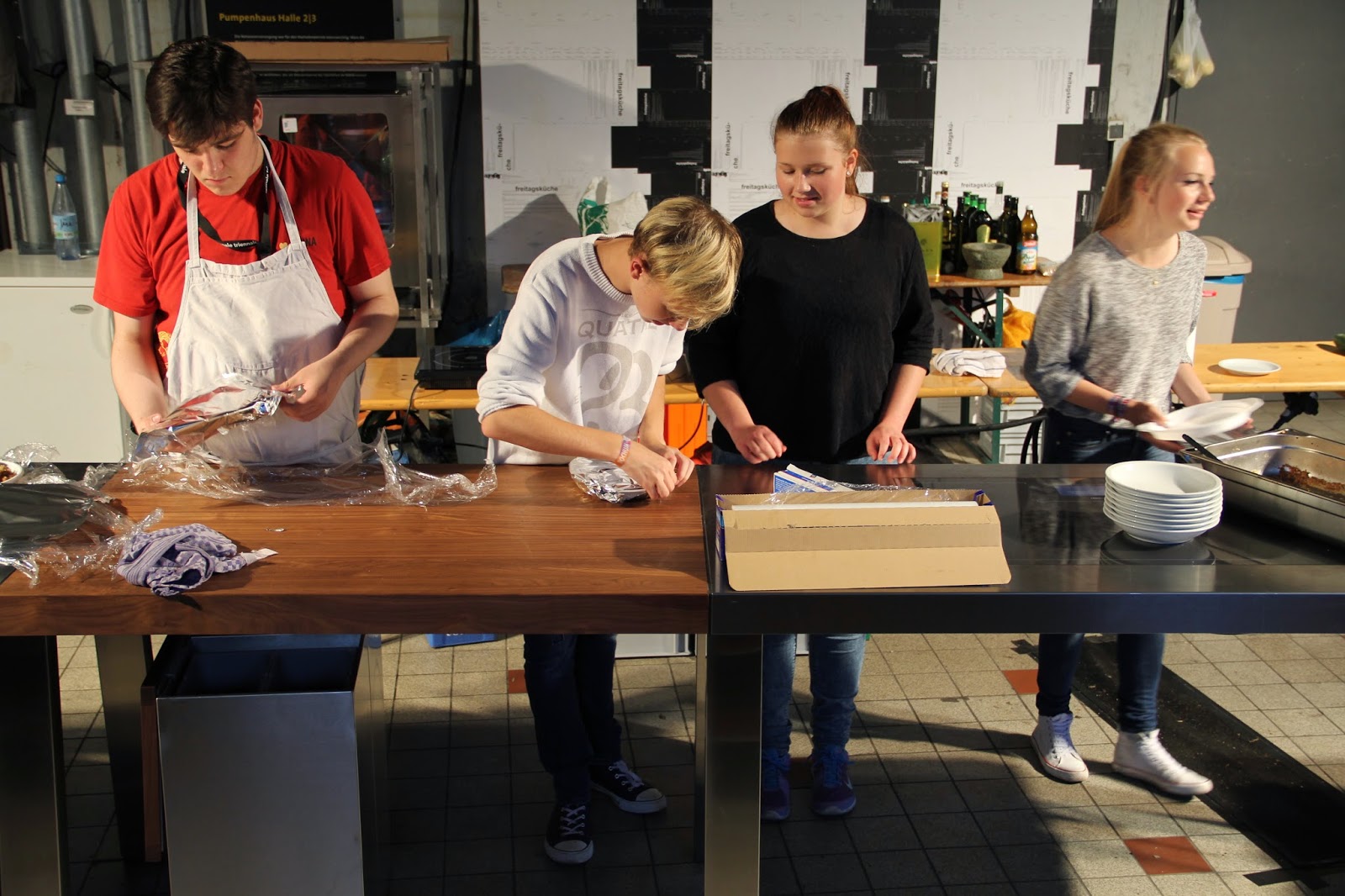 oh autobahn, we missed you. IT'S GOOD TO BE BACK! 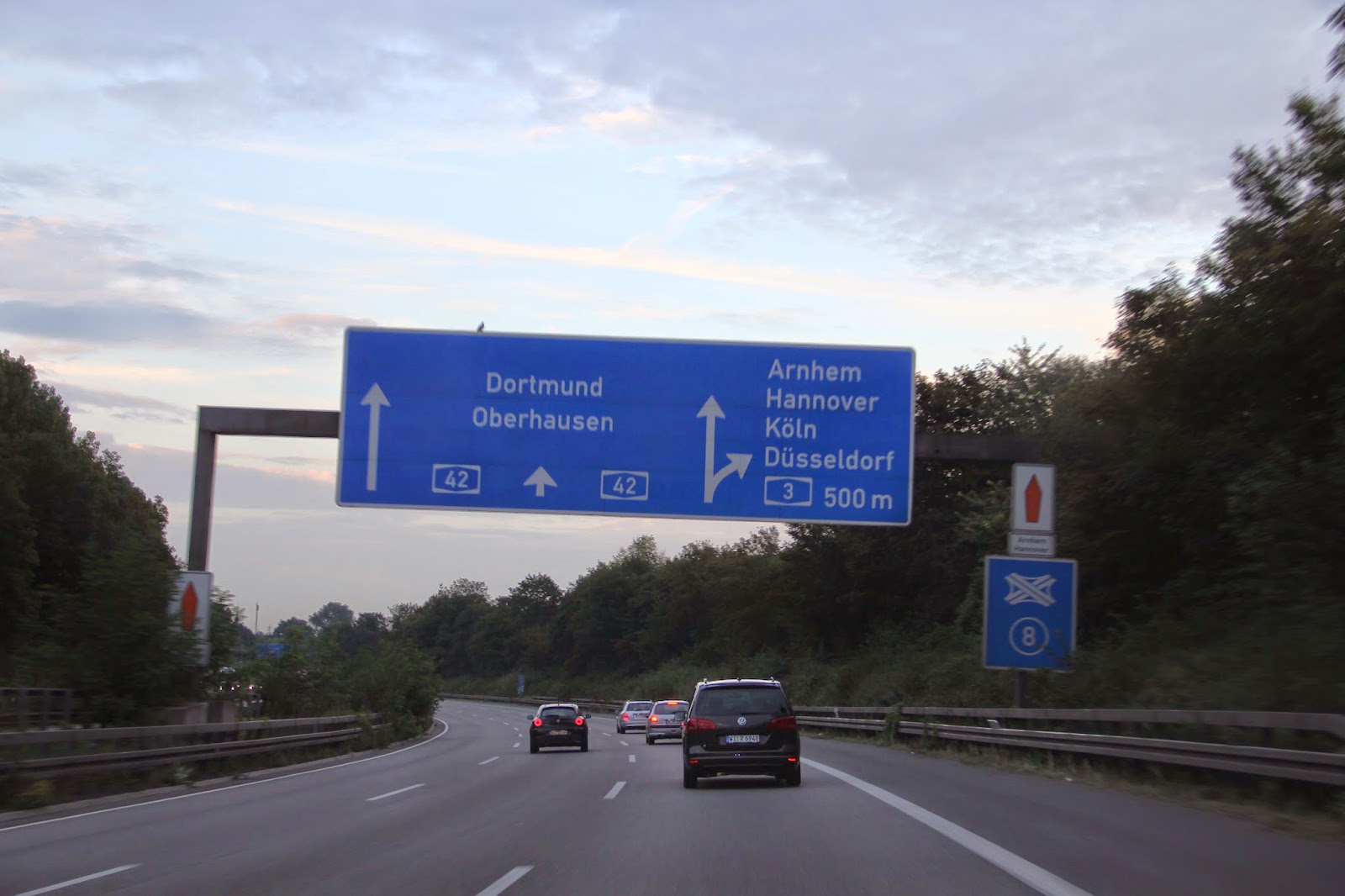