We had a double date today! We talked to Minhee Park and Xiaoxing Sun about their shows.
Finally we got some answers about those stuffed animals and Minhee's show that made the kids feel majestic. 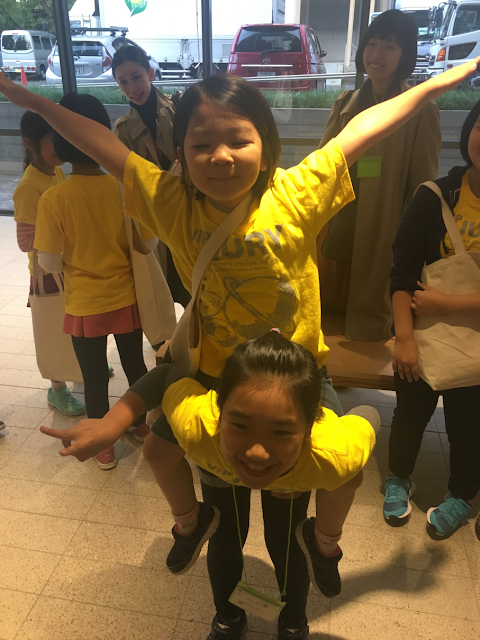 Sani and Riko gave us a little performance before the QnA 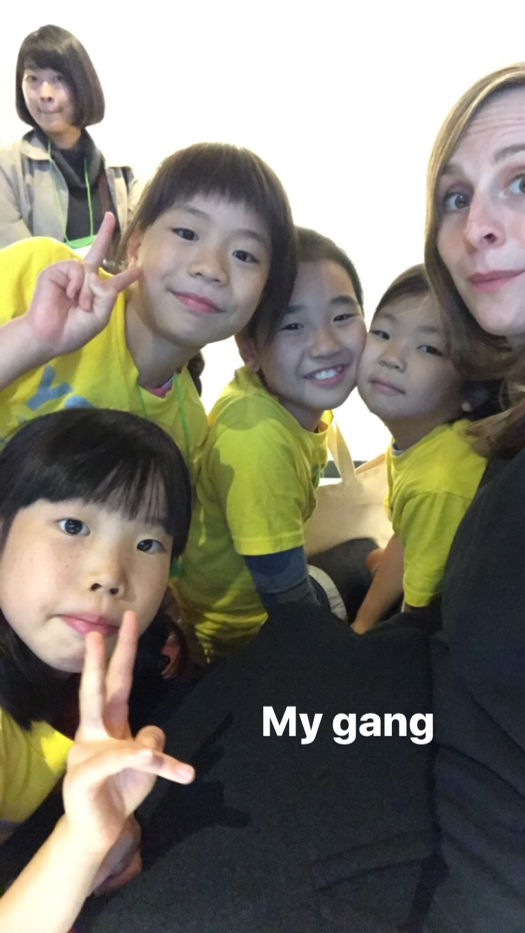 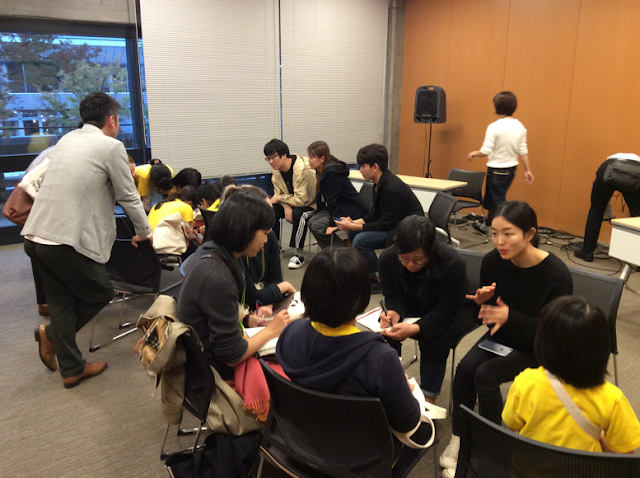 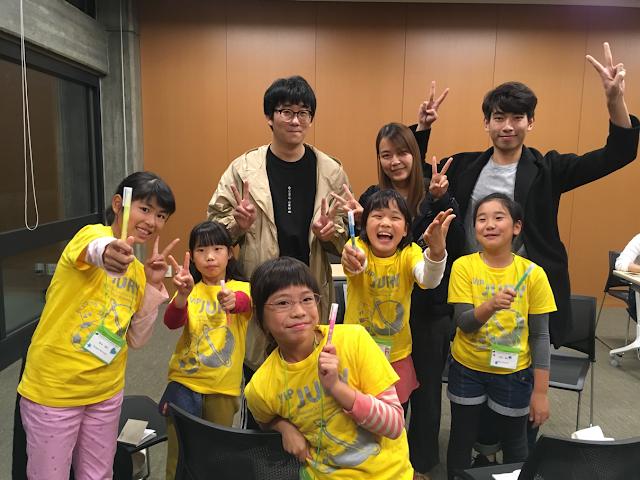 Xiaoxing Sun talked about how he met the Cosplayer who were in his show and how he wants to show that it ok how they dress, even when they are adults. Also, every person deserves to have a stuffed animal. He said, talking to the kids reminded him why he was doing his work. The kids loved that they got coloured pens from him after already getting all these stuffed animals! 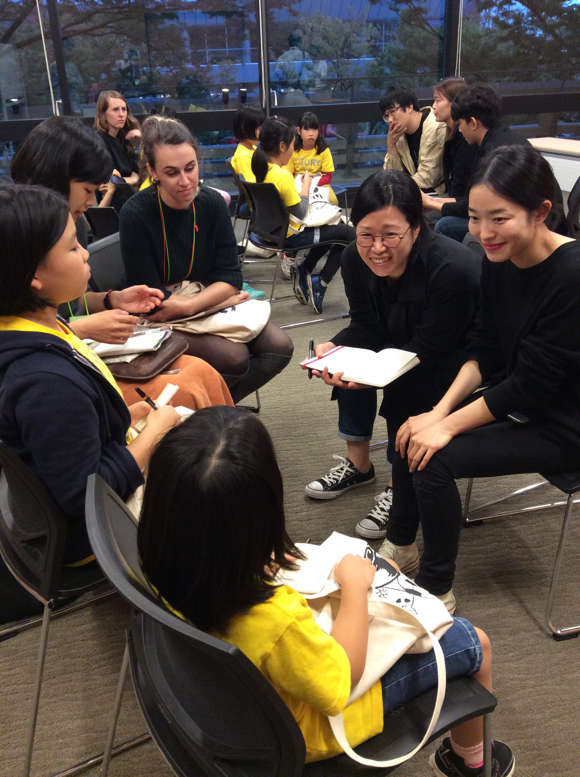 On the other side of the room was another very deep and touching conversation going on. Iko tried to put in words how she felt during the performance. Minhee Park was very overwhelmed by this because that was exactly what she was aiming for. We had goosebumps and tiny tears in our eyes when they were talking to each other. 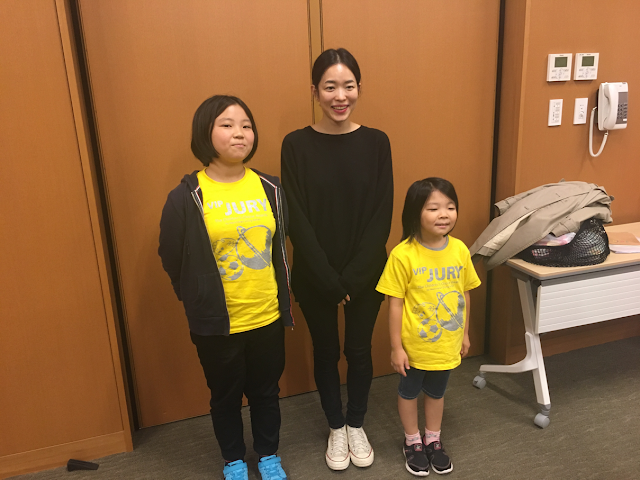 The sisters Iko and Sani with Minhee Park 💕 At the school this little fella was waiting for us. It's Chica's puppy called Sakura, the Japanese word for cherry blossom.