Crossing the Street, A Wildman and Truth or Dare

On the lookout for TRYST's Assisted Street Crossing in Kuopio, Jury C cut through the railway station and found Christopher Hewitt hard at work on his life-sized mural of ANTI Festival's artists. Timing is everything, and Christopher needed a photo of one of the kids for the mural. The lucky model chosen was Netta. Sometimes being the shortest pays off. If Christopher's first mural is any indication, Netta can come back when she's 20 and see her image still on the train station's wall. 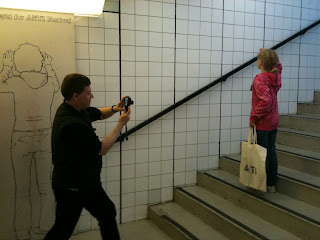 Netta checks out the menu of lifts. 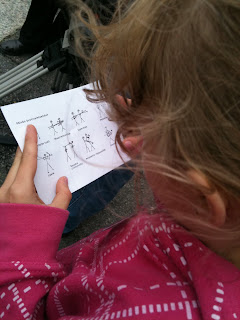 Petrina opted for worker's choice, and she was given the donut lift. 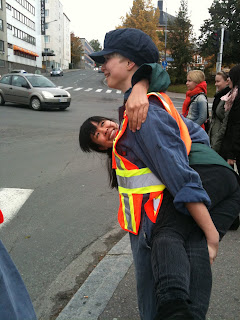 Waiting for TRYST at the Festival Centre, Jasper created his own art and we played Truth or Dare.
N.B.: Netta (top model) has never pooed her pants. Or so she says... 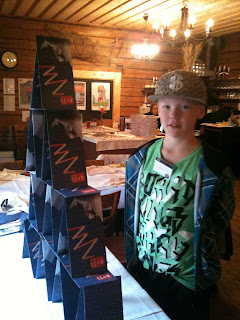 Paul and Clarinda of TRYST stop by the Festival Centre to have a chat with Jury C. 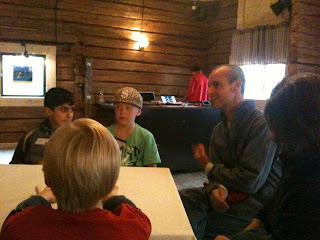 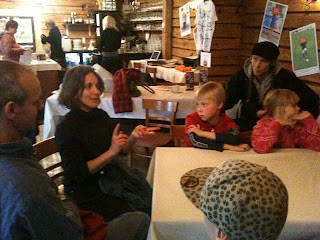 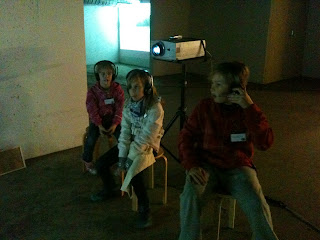 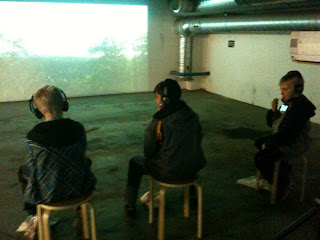 But sometimes signing up to win iPhone 4s and riding the elevator up and down is more exciting than Art... 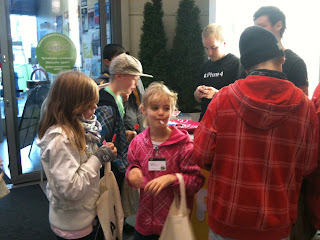 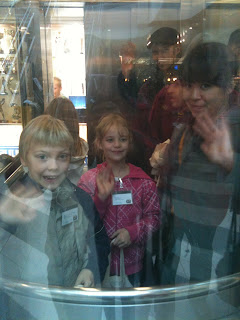 We were getting tired after experiencing all the art and being out in the cold all day, but there is no rest for the wicked. We dropped off Jury C and picked up Jury A. Traveling in style, we set off for Aaron Williamson's The Marooned Wildman. 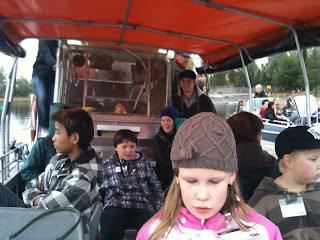 Looking for the Wildman 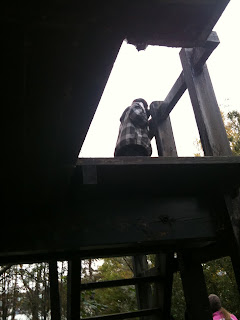 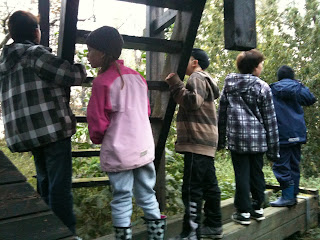 The Wildman was found, and Noora feeds him Digestive cookies. 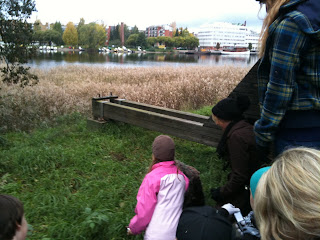