It was a big day for the CCA Kuopio with many new, interesting experiences. We started the day off by picking up Jury B and heading to Gaetan Rusquet's Back and Forth. When we woke up this morning, none of us knew that we were going to see a naked man, but there he was. After about ten minutes of giggles and protest, the kids settled down, got past the nudity, and actually became engaged in the piece. 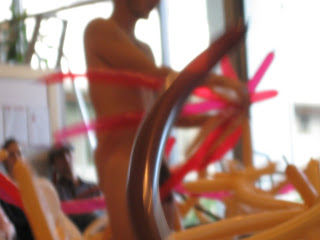 But at first, the nudity was a little too much for Kaius. 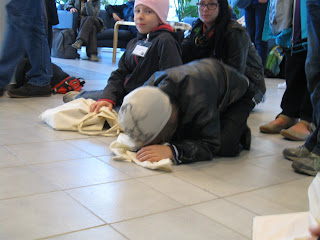 And when Gaetan started popping his balloons, the noise was a little too much for Liisa. Mammalian Diving Reflex, teaching kids around the world that sometimes, Art hurts. 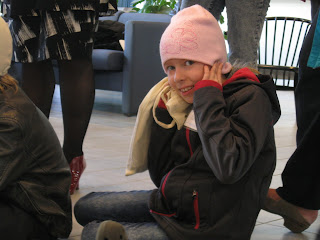 I didn't get to see the popping balloons, because today was a two jury day. Fifteen minutes into Gatean's performance, Sampsa (who is adding taxi driver to his resume) and I got back in the van, headed back to the school, and picked up Jury C, whom we took to Juha Valkeapaa's Vocal Portraits. 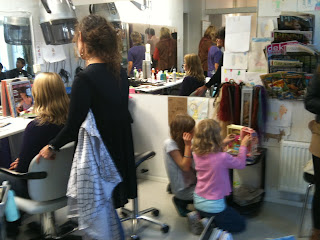 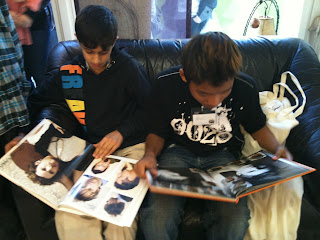 Jury B and Jury C then met up in the railway station, where Christopher Hewitt had completed his drawing of Netta. 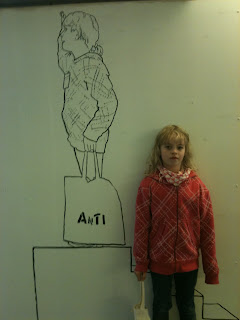 When 17 kids get together, they can get rowdy. The noise was too much for Christopher, who couldn't concentrate on his work. Understandable. The kids were running around like crazy. But when we corralled everyone and lined them up against the opposite wall to make space for Christopher, he said he still couldn't work and asked us to leave! CCA Kuopio Kicked Out! A CCA first? 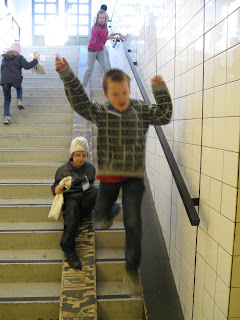 The last stop for the day was Kirsi Pitkanen's Proclaimer. 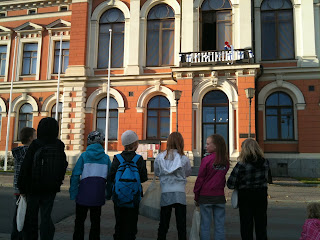 As Liisa saw it. 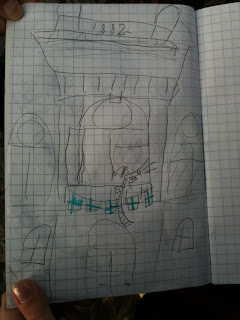 Half of the kids then took off with Sampsa back to the school. The rest of us couldn't help but notice some familiar faces - TRYST! So Soe Tun, Tin Hla, Dap Hoe and Arturri all got to have a go (or two, or three) and Niko and Rida got to ride again. A great end to a long day. 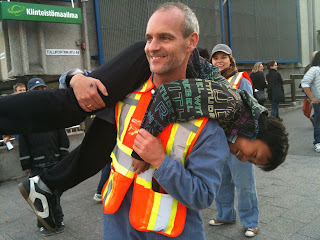 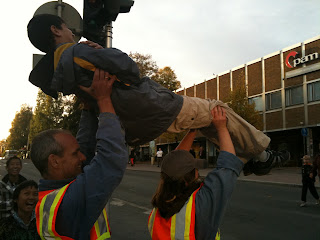 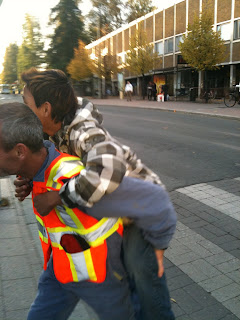