On Saturday we headed to the premiere of Das Mädchen mit den Schwefelhölzern, with music by Helmut Lachenmann and direction, stage and light by Robert Wilson. We knew the musicians would be all around us and that the stage was a square... but other than that, we had no idea what to expect!

Here are the kids from Mülheim getting ready for the ride to the Jahrhunderthalle in Bochum... 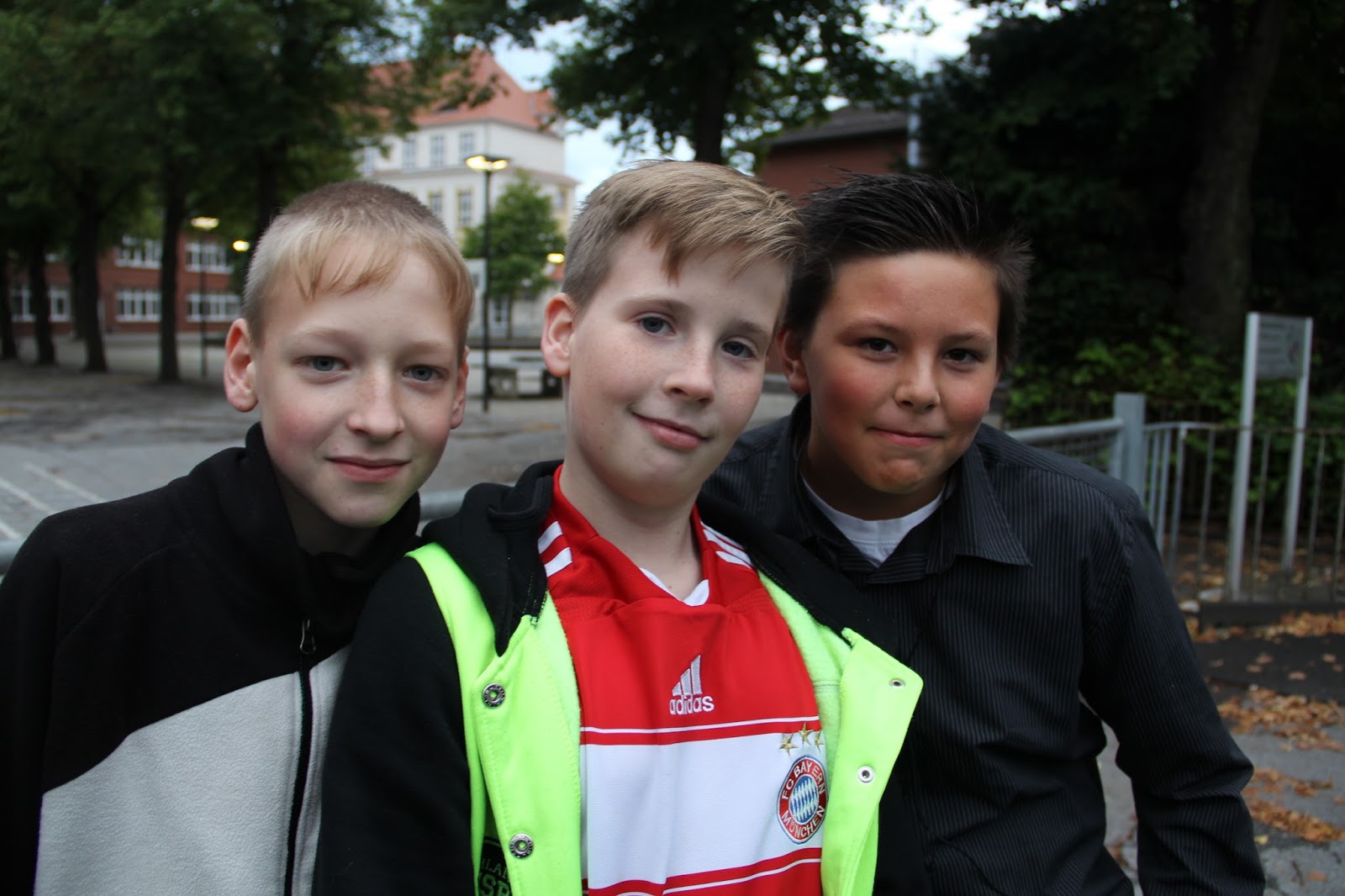 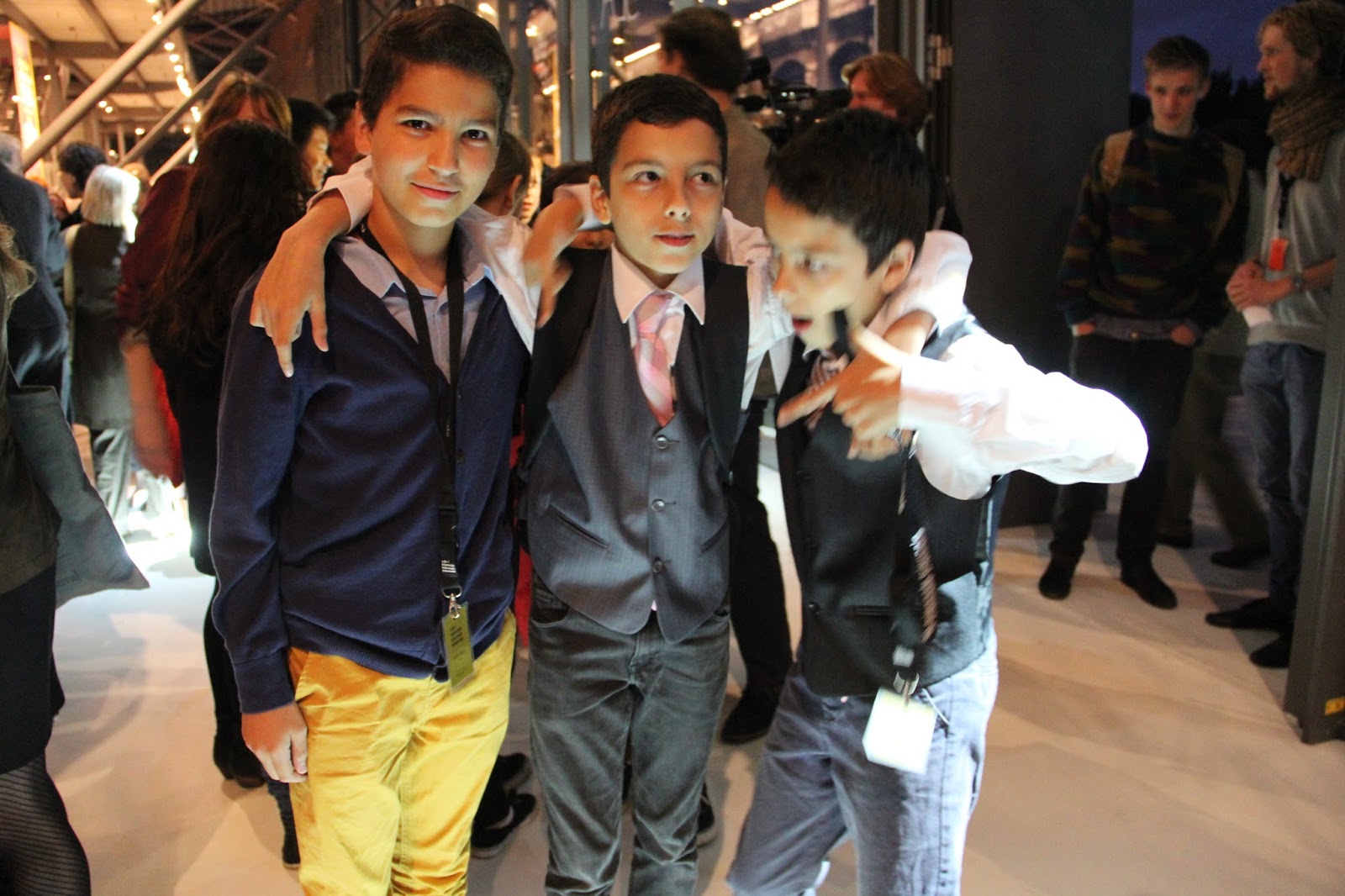 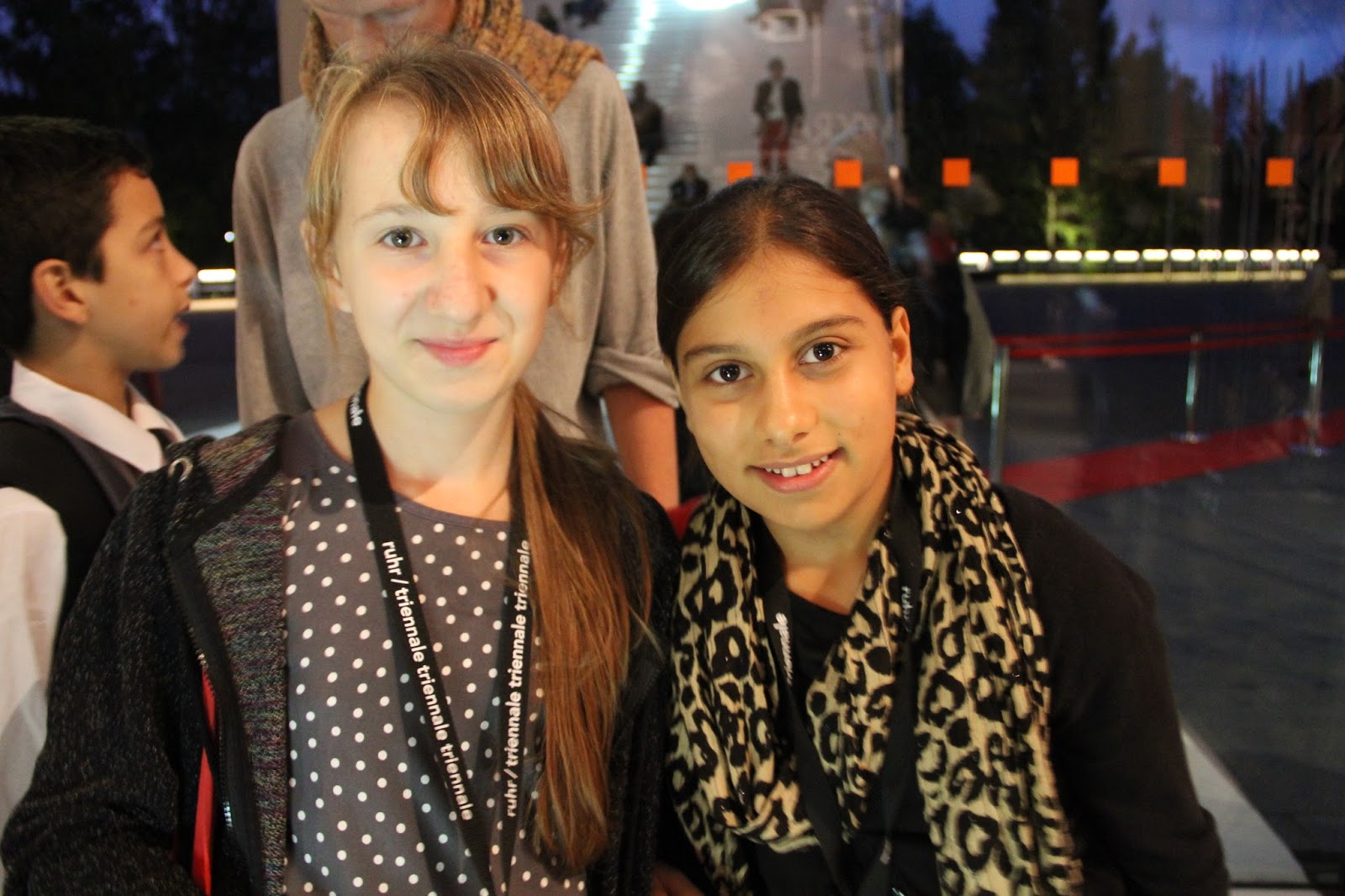 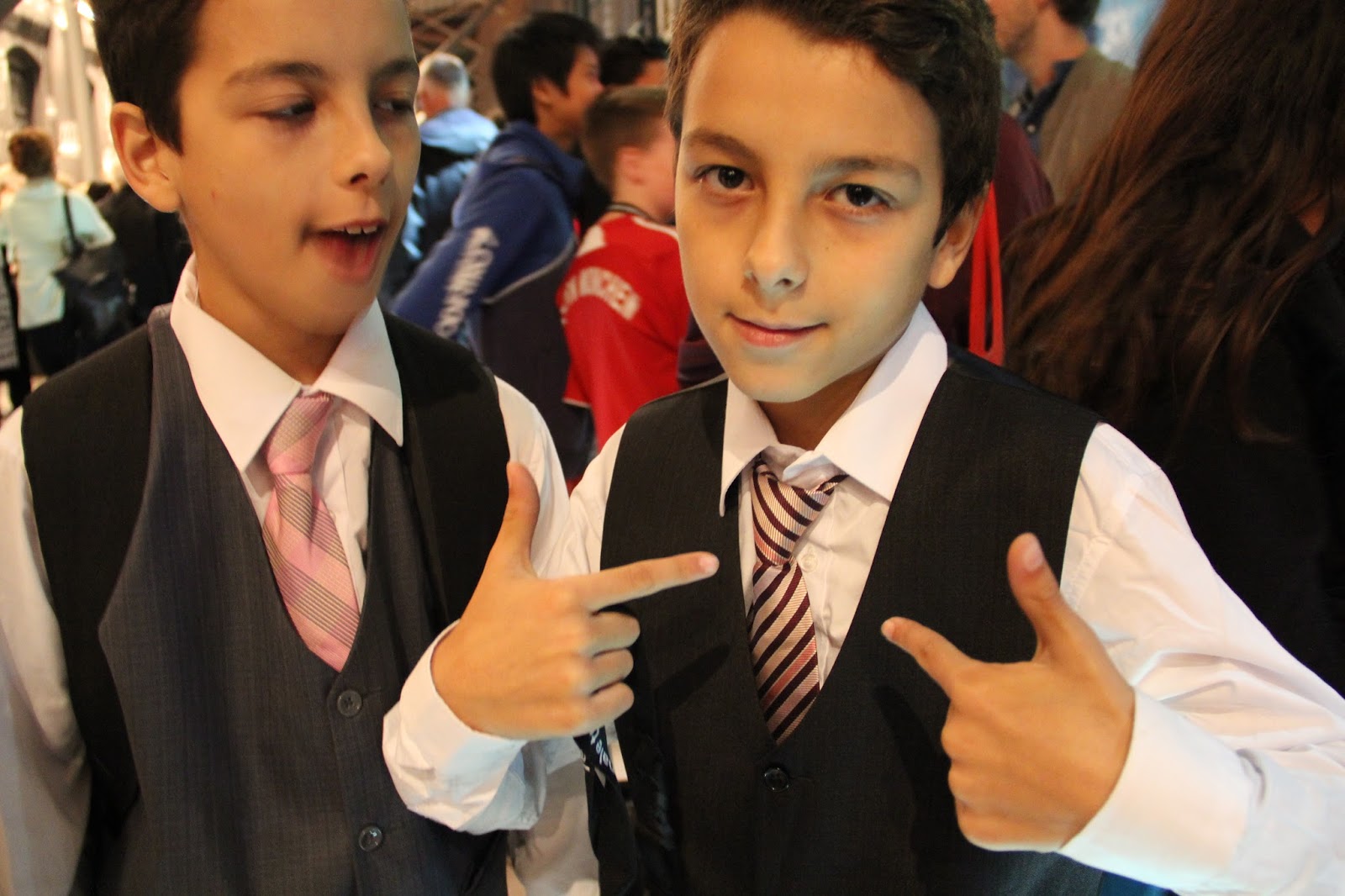 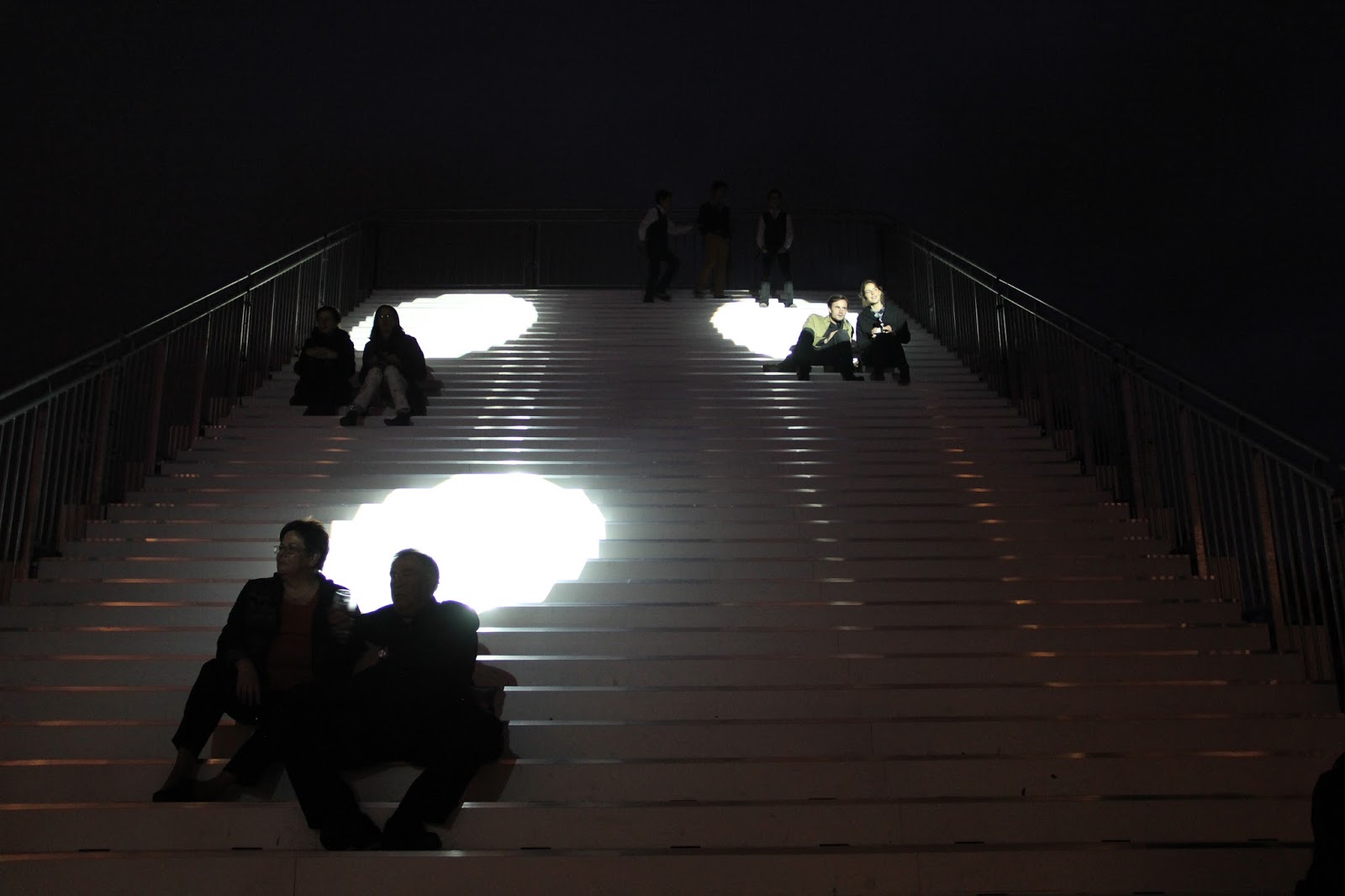 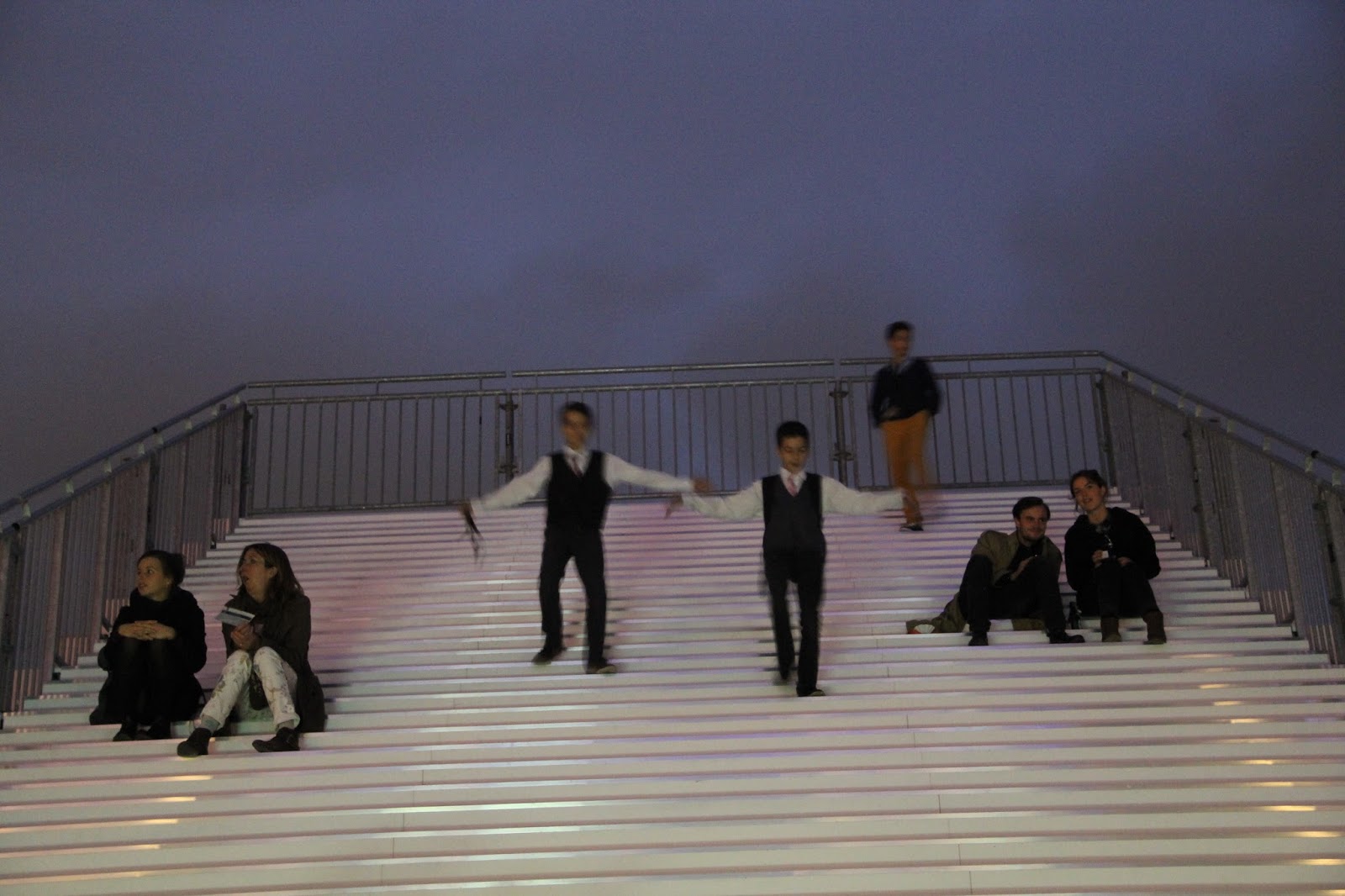 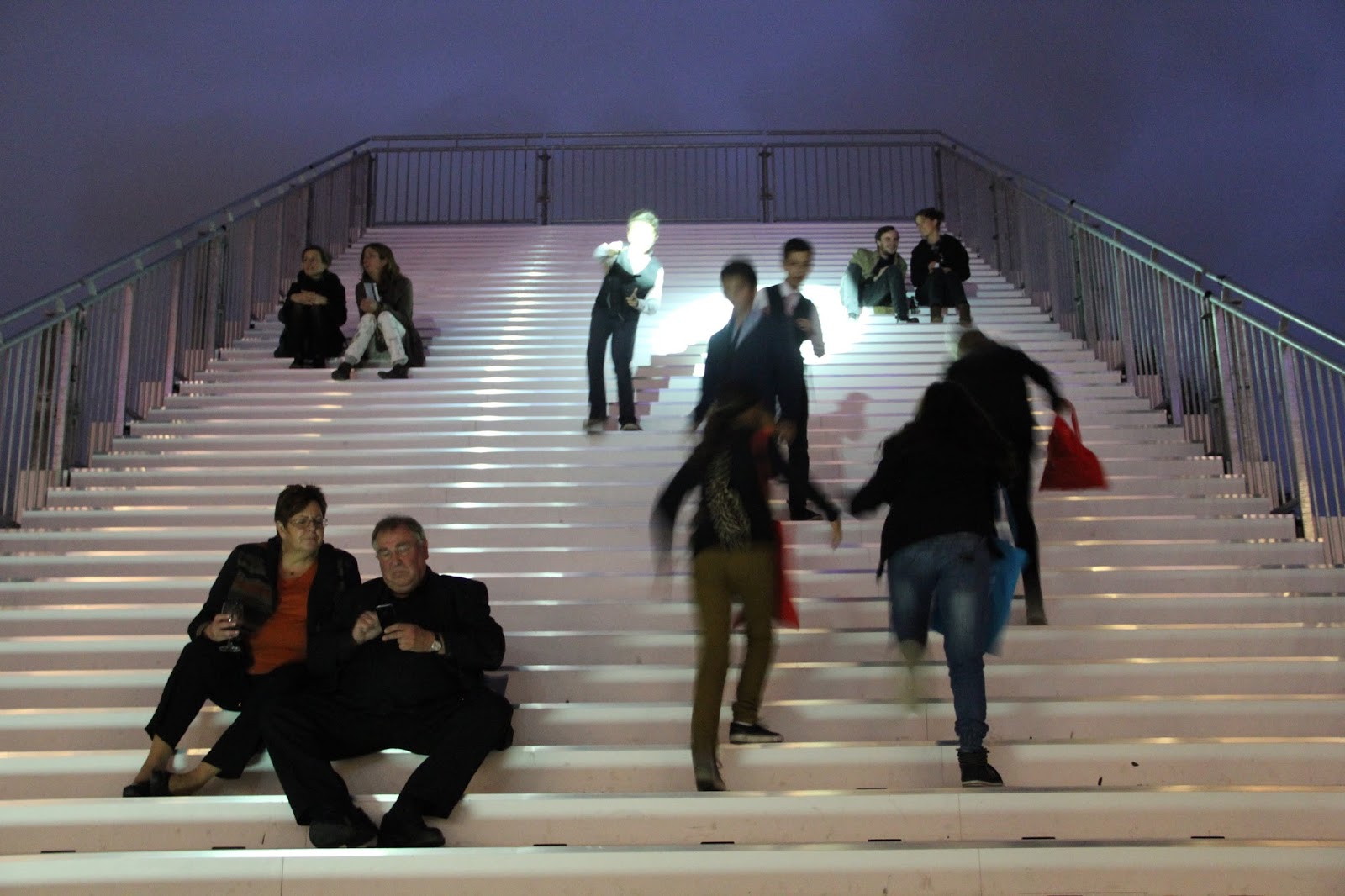 and chased the spotlights 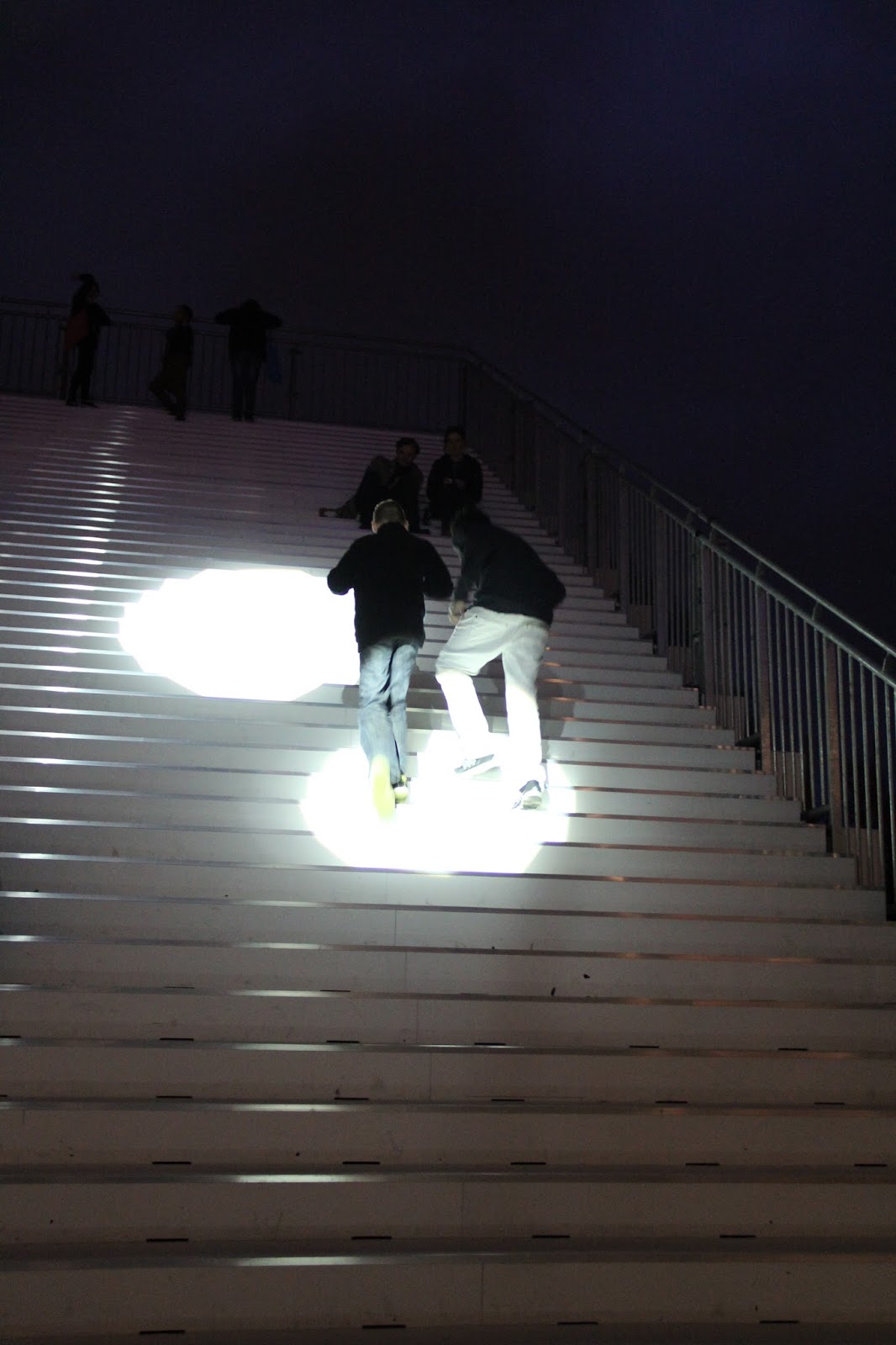 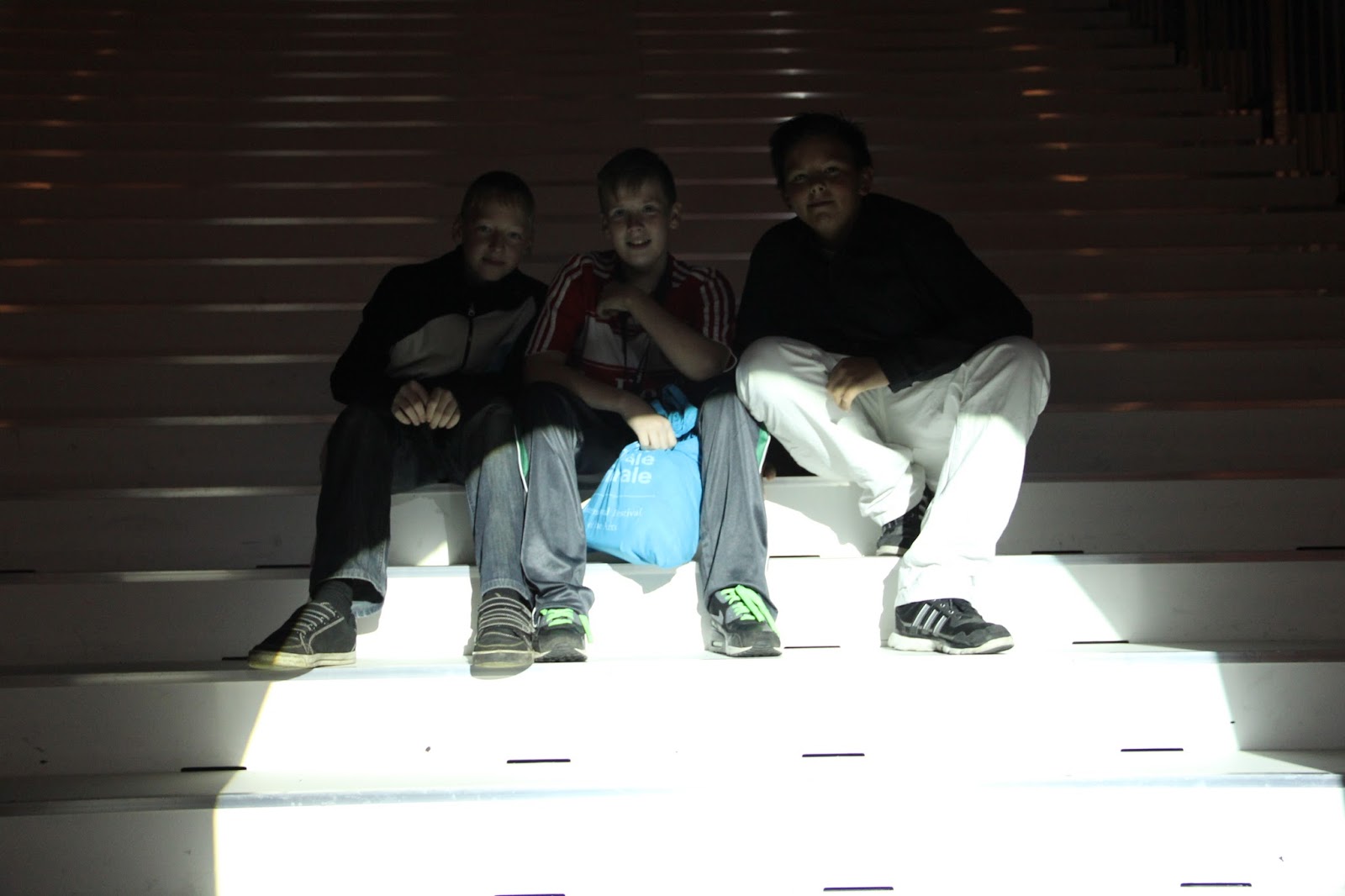 half the jury went upstairs and took over the bar for a few minutes... 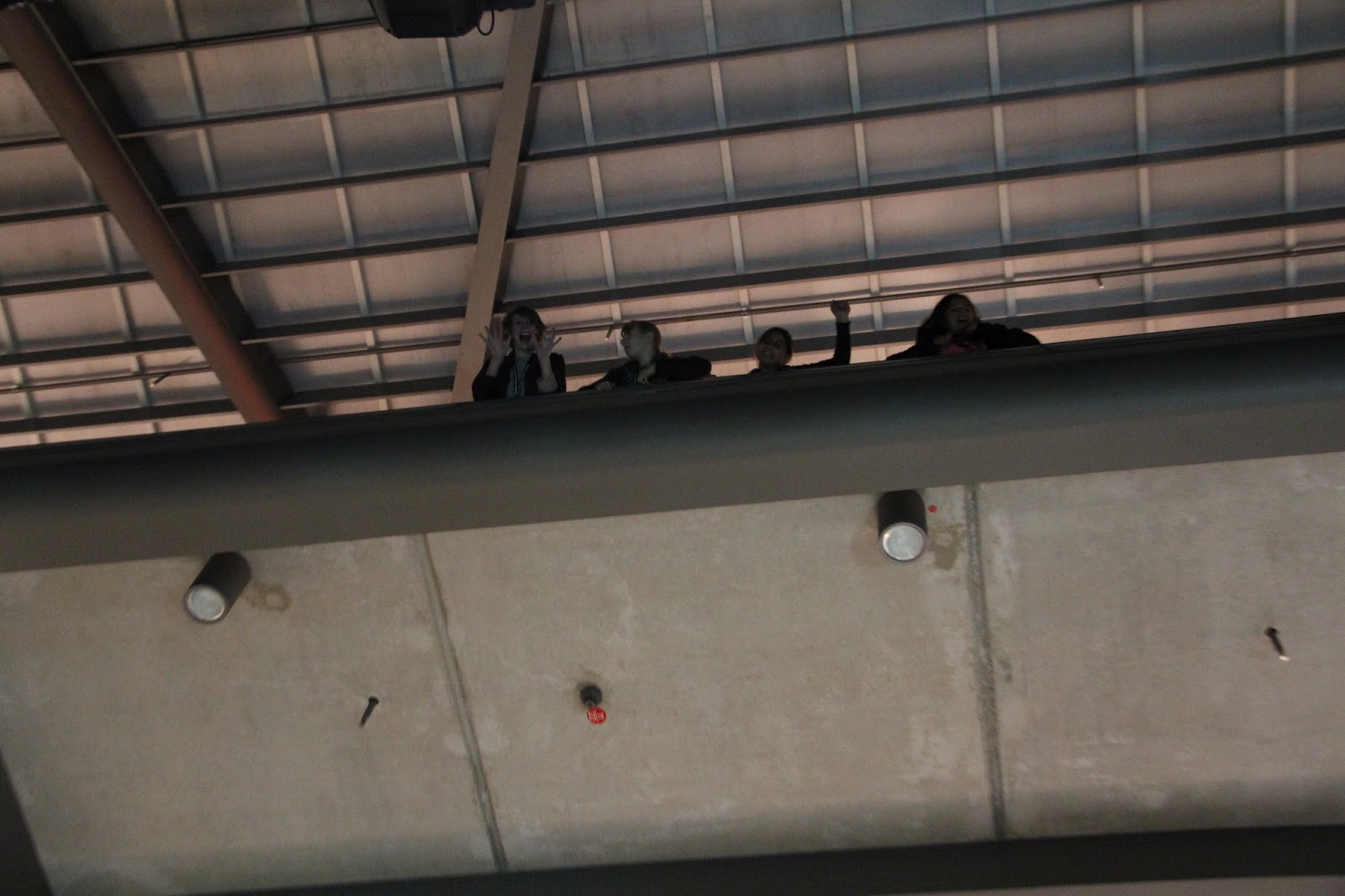 downstairs, we made shadow puppets, still chasing those spotlights 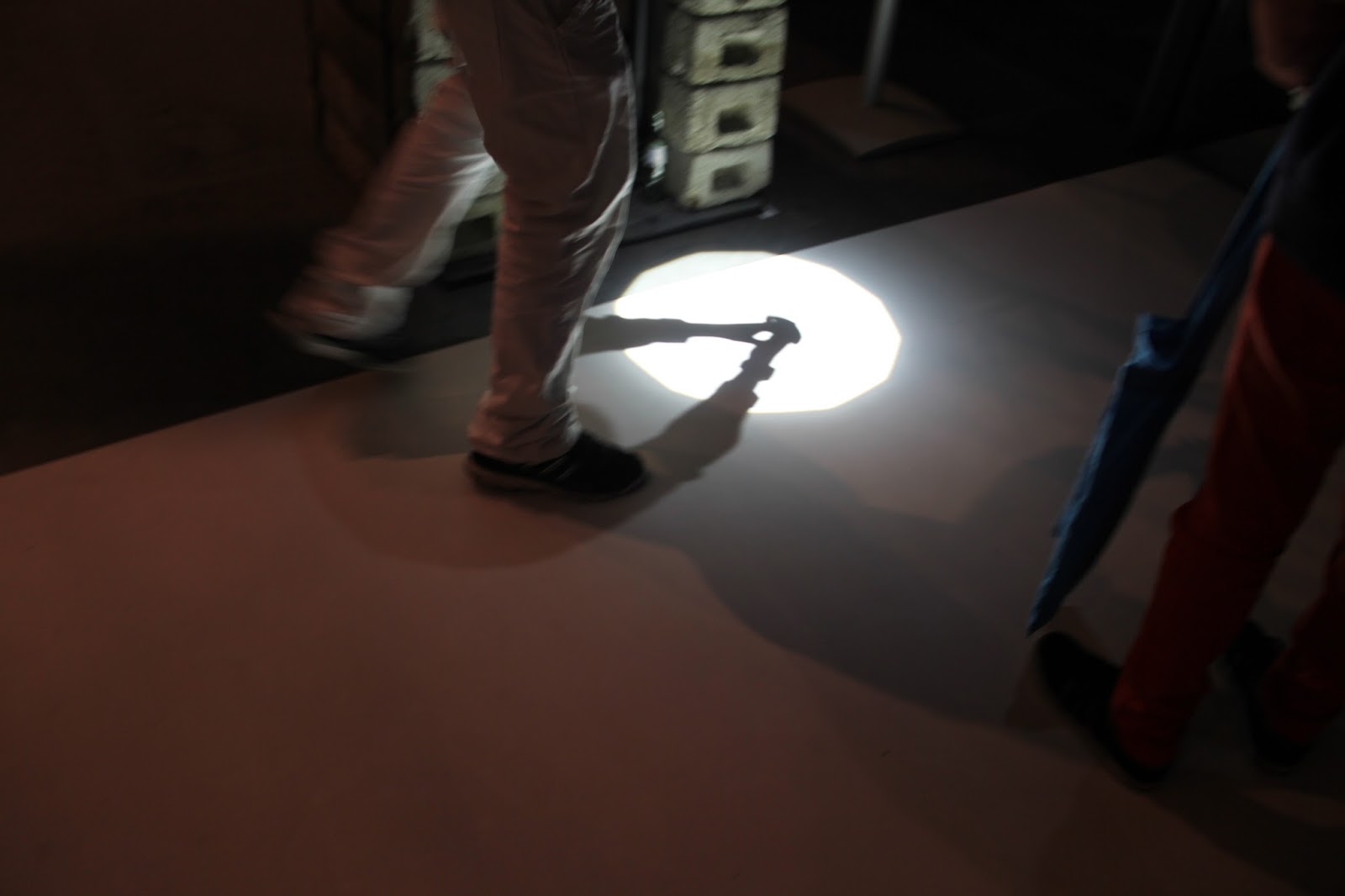 we watched the show from four different rows, giving us a variety of perspectives and vantage points. after the show, the kids "crossed over" onto the stage... 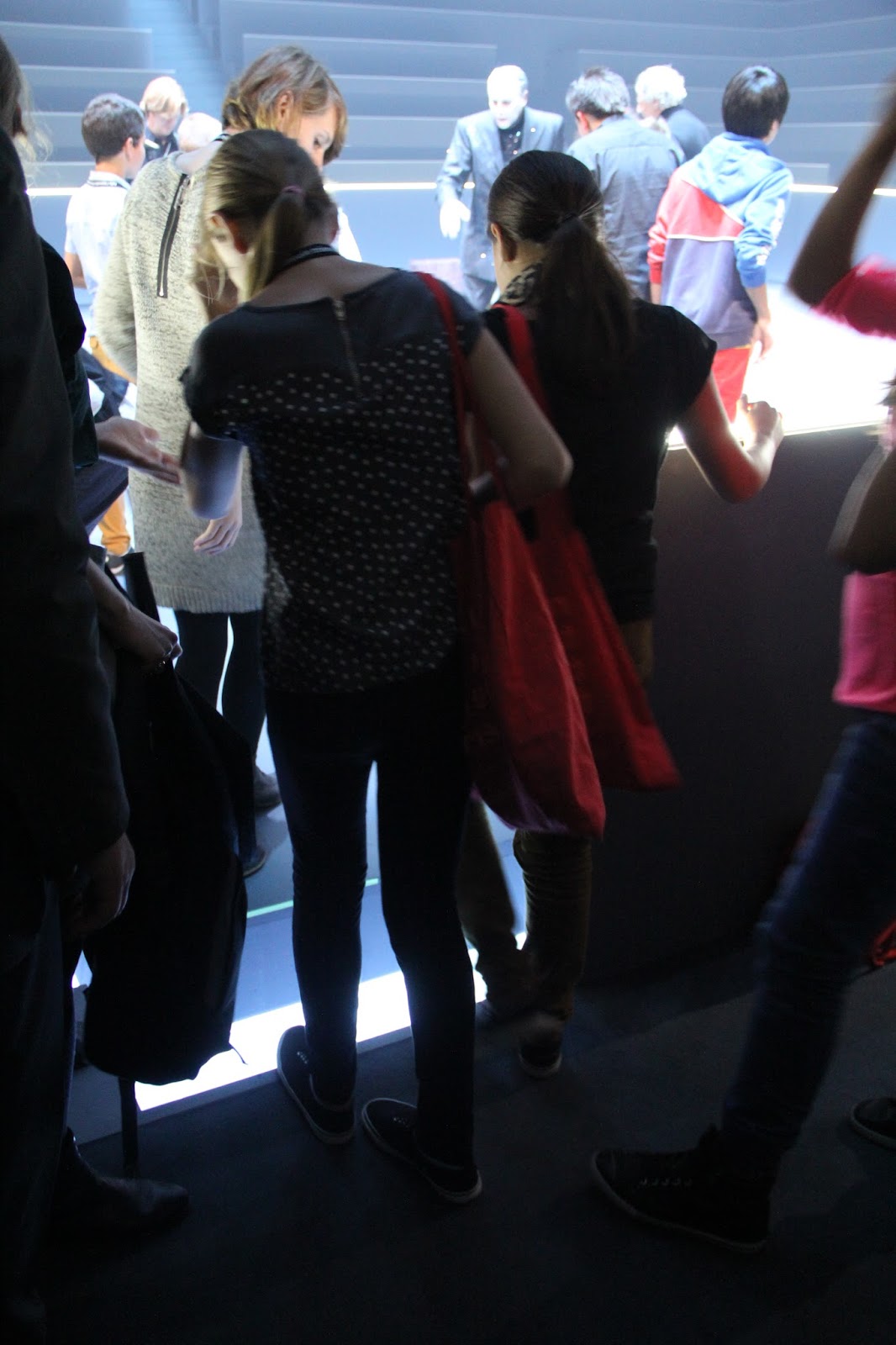 ... for an artist talk with Robert Wilson (still in costume!) and conductor Emilio Pomàrico 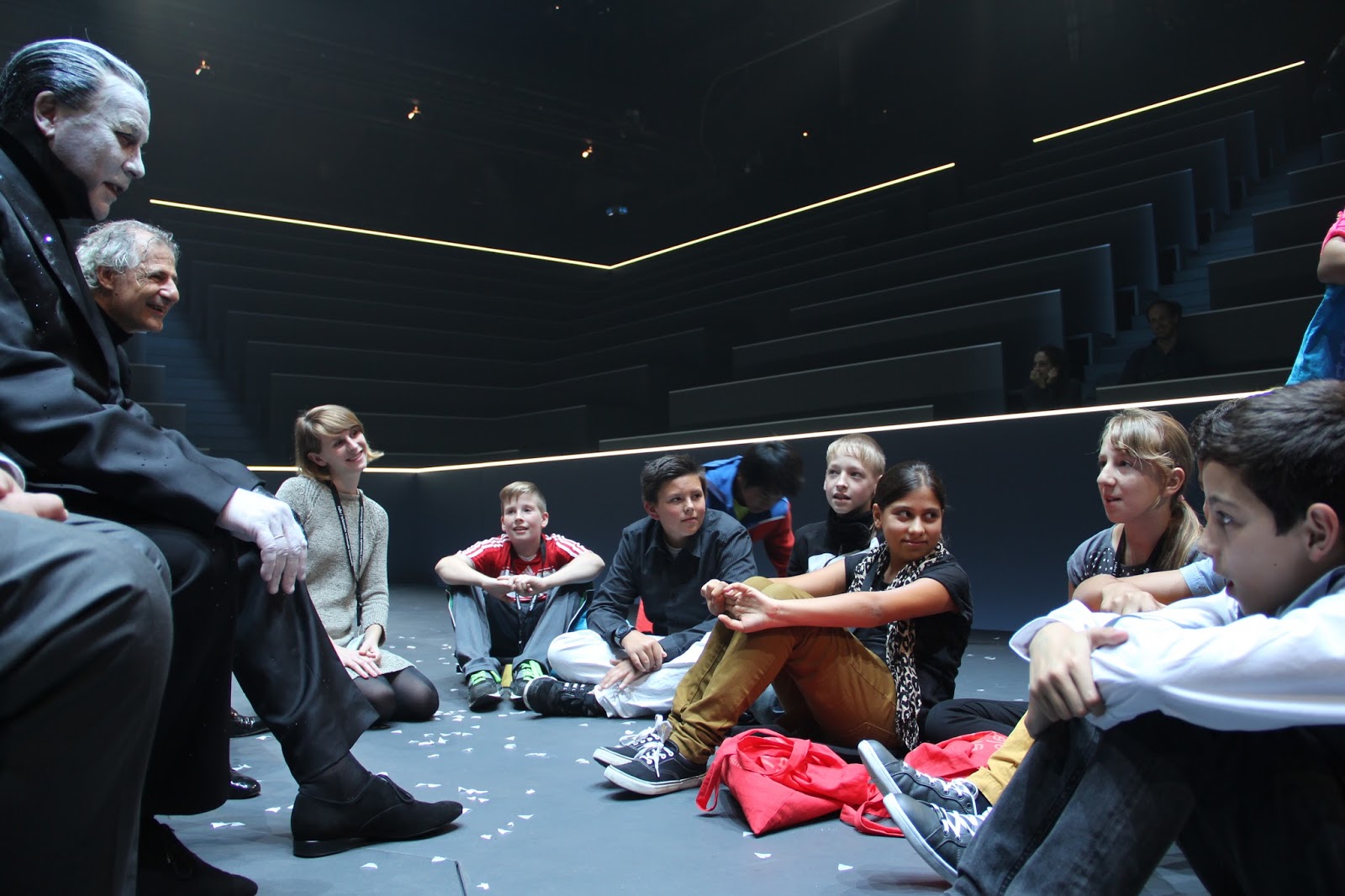 The jury introduced themselves, and after we were on a first-name basis, the kids asked questions about how long they rehearsed, what the meaning of the gun-scene was, and why the little girl (referenced in the title) only appears at the end. In turn, Bob and Emilio discussed some of the concepts behind the piece, like the expansion of what our ideas of music can be, and that the show isn't about giving one meaning--the audience is to decide what it means for them. 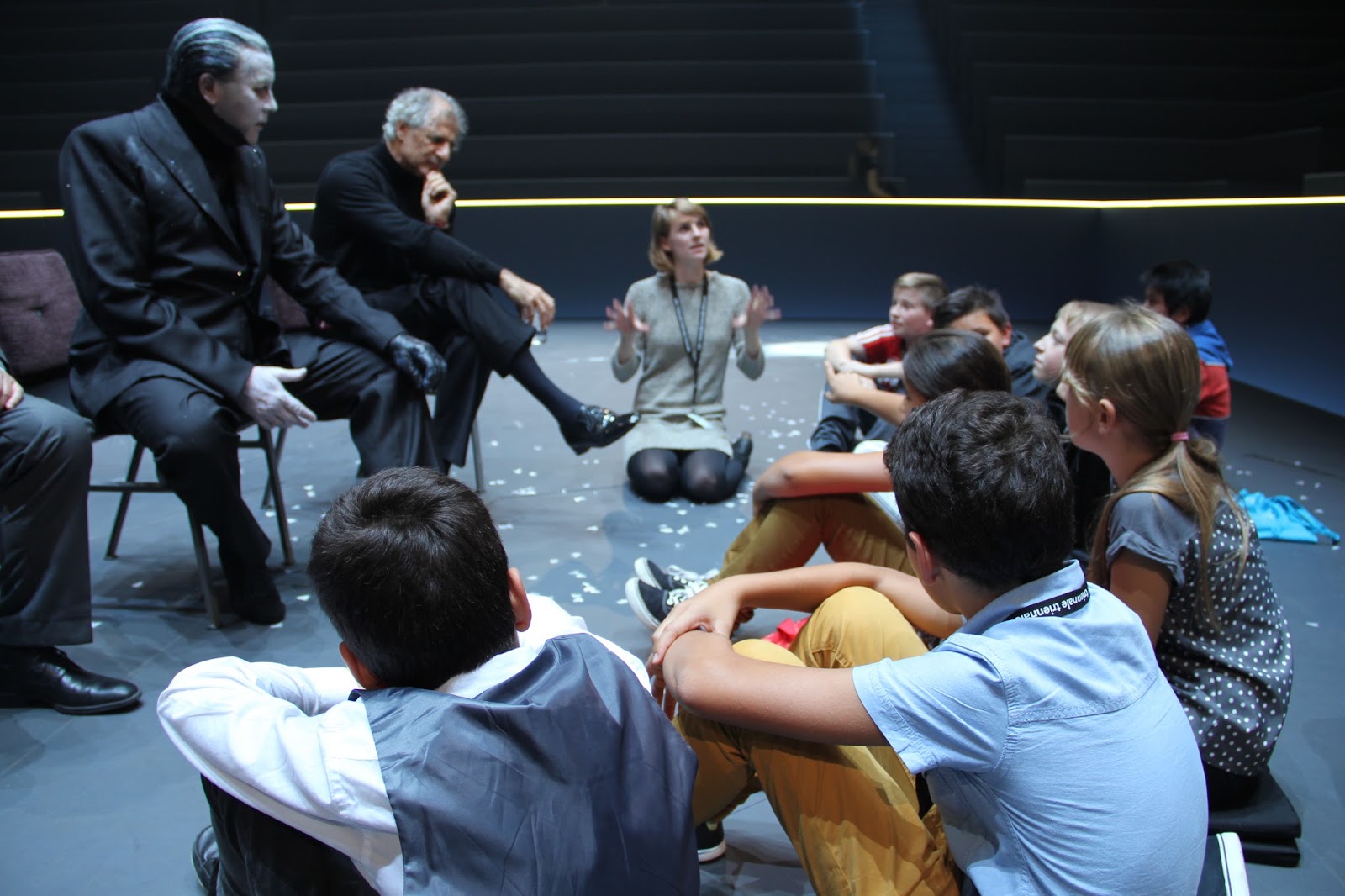 Bob quoted Alice in Wonderland: "everything you can think of is true" 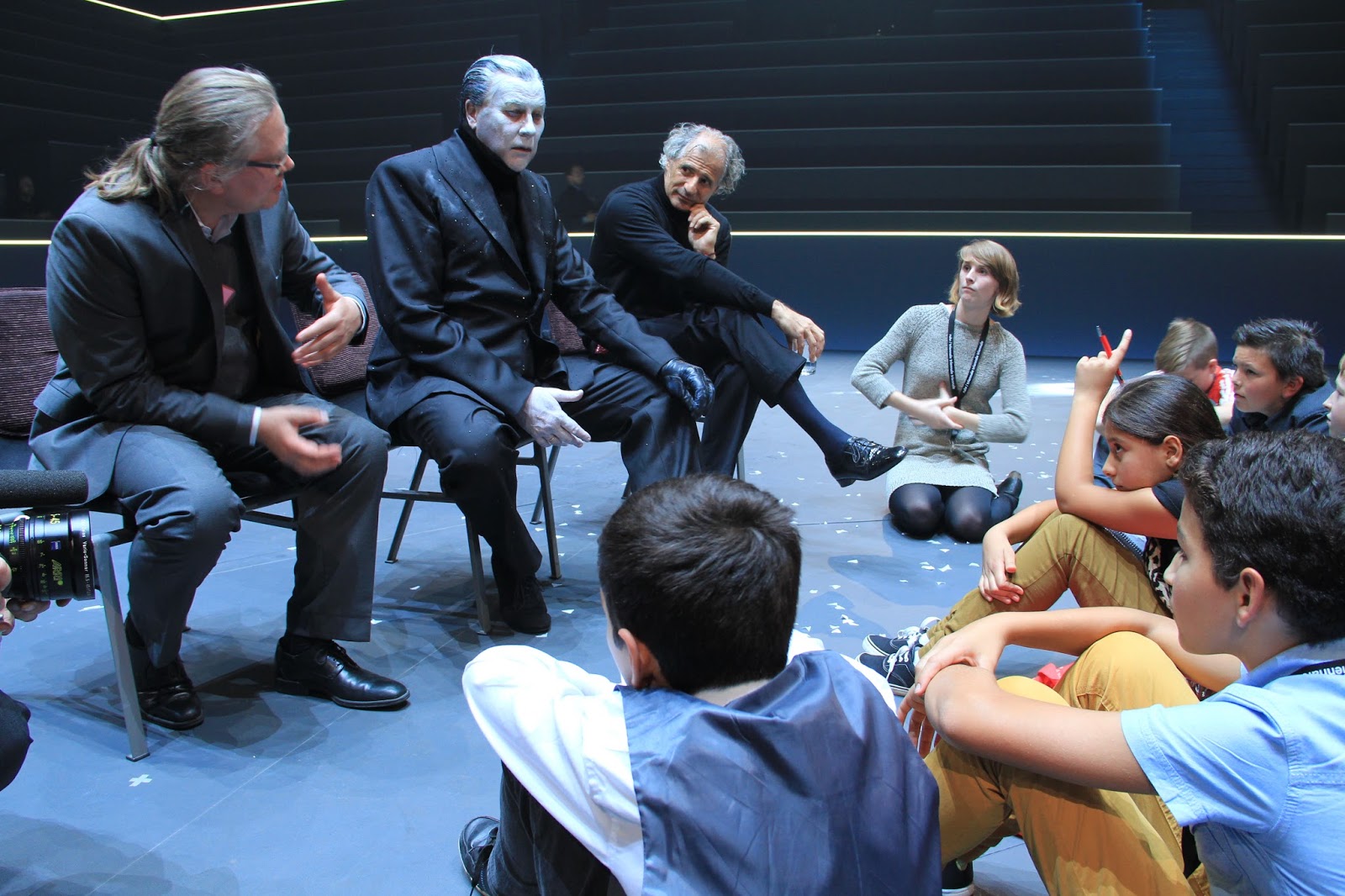 One of the kids asked Bob how long he's been a performer; another told him they really liked the set and staging. 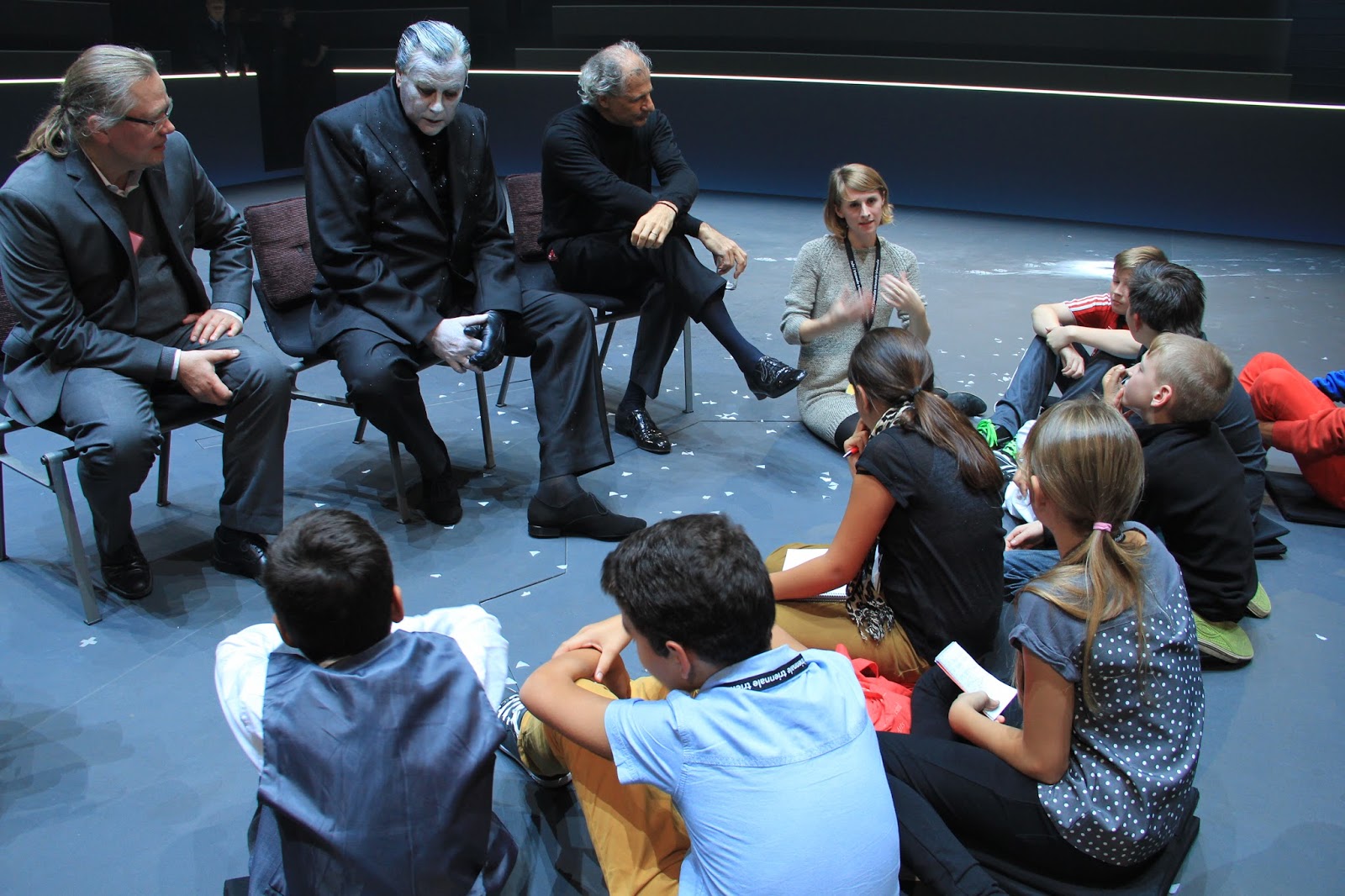 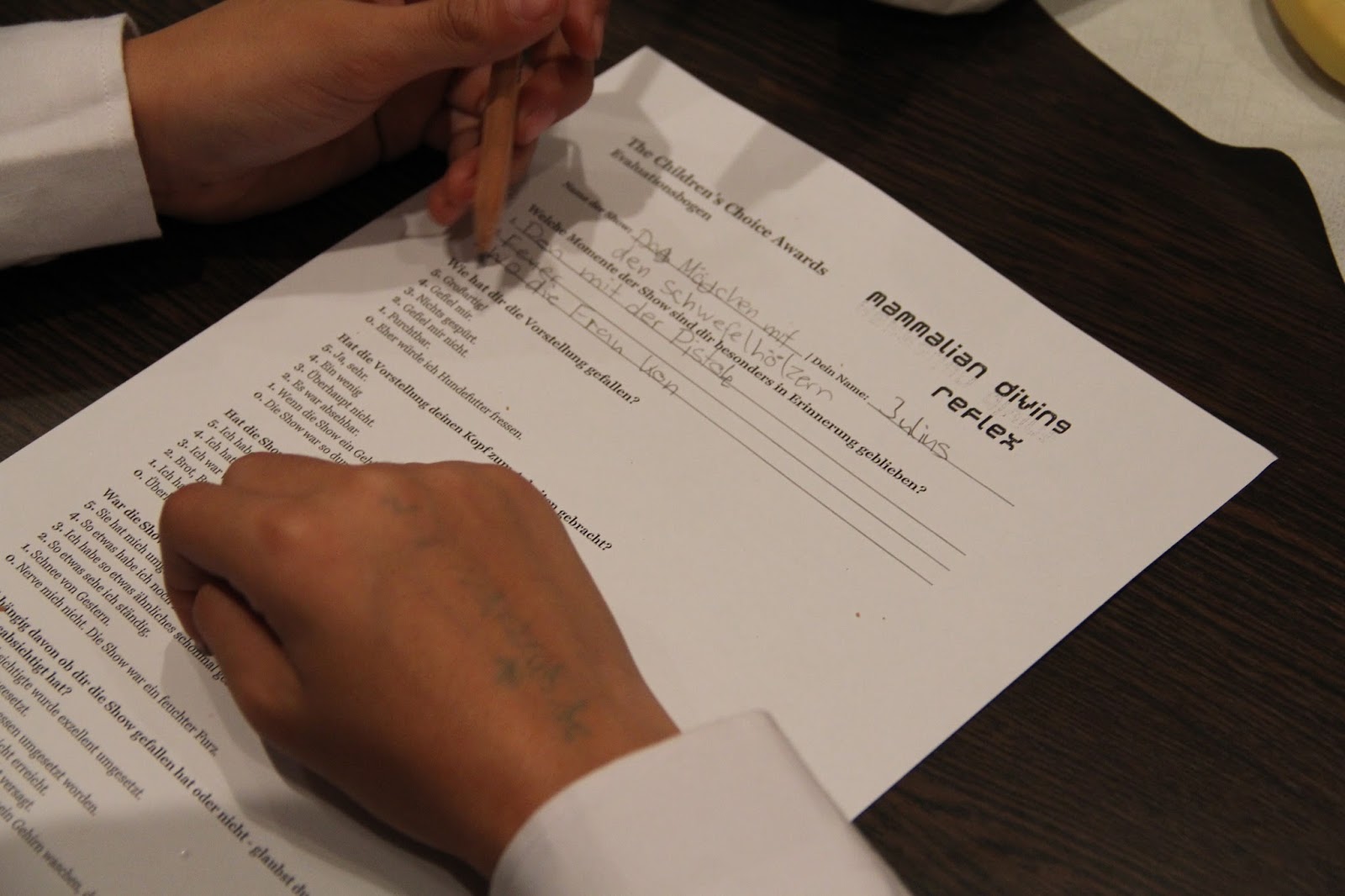 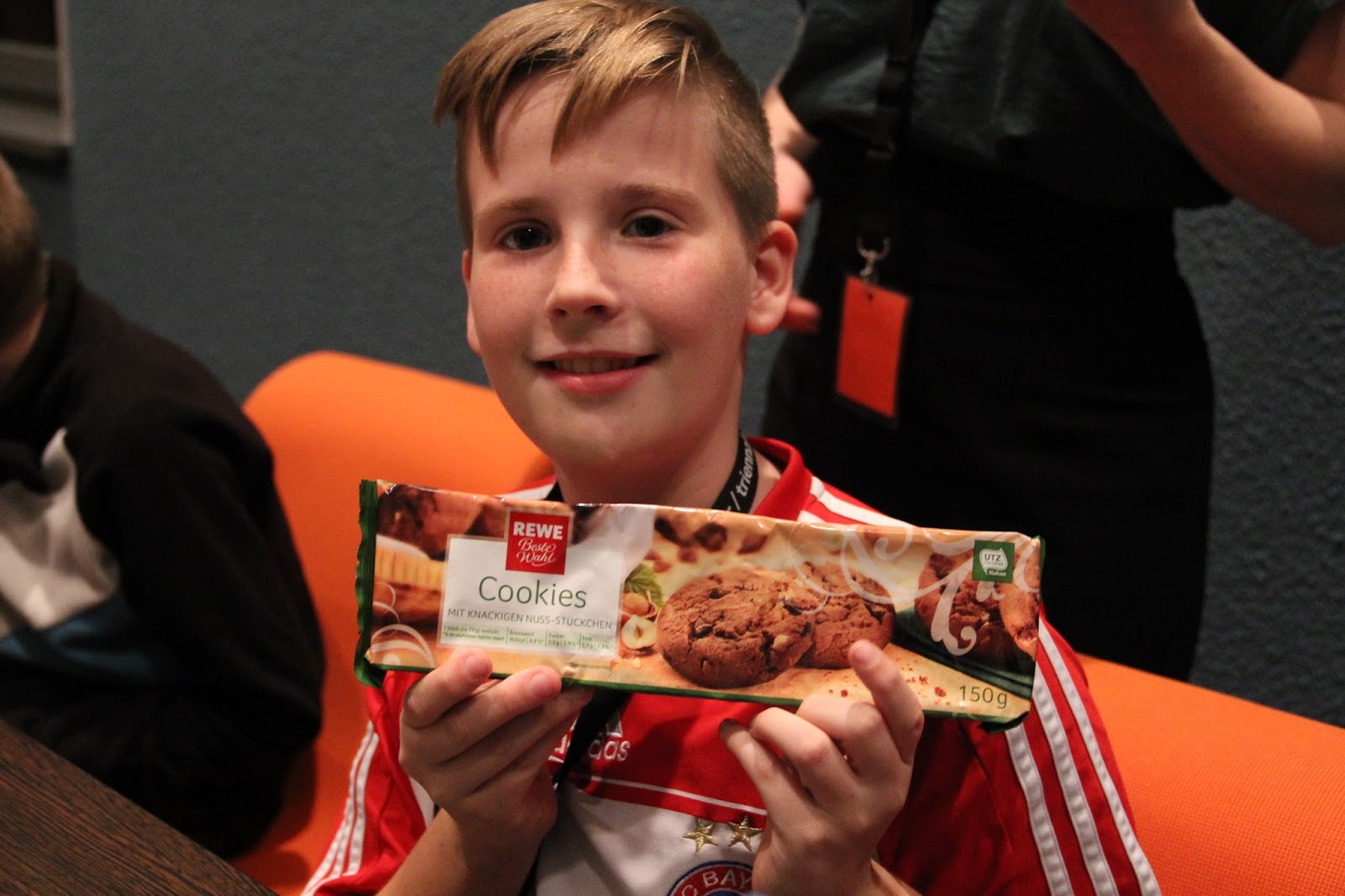 Jakob was distracted by a very loose tooth... 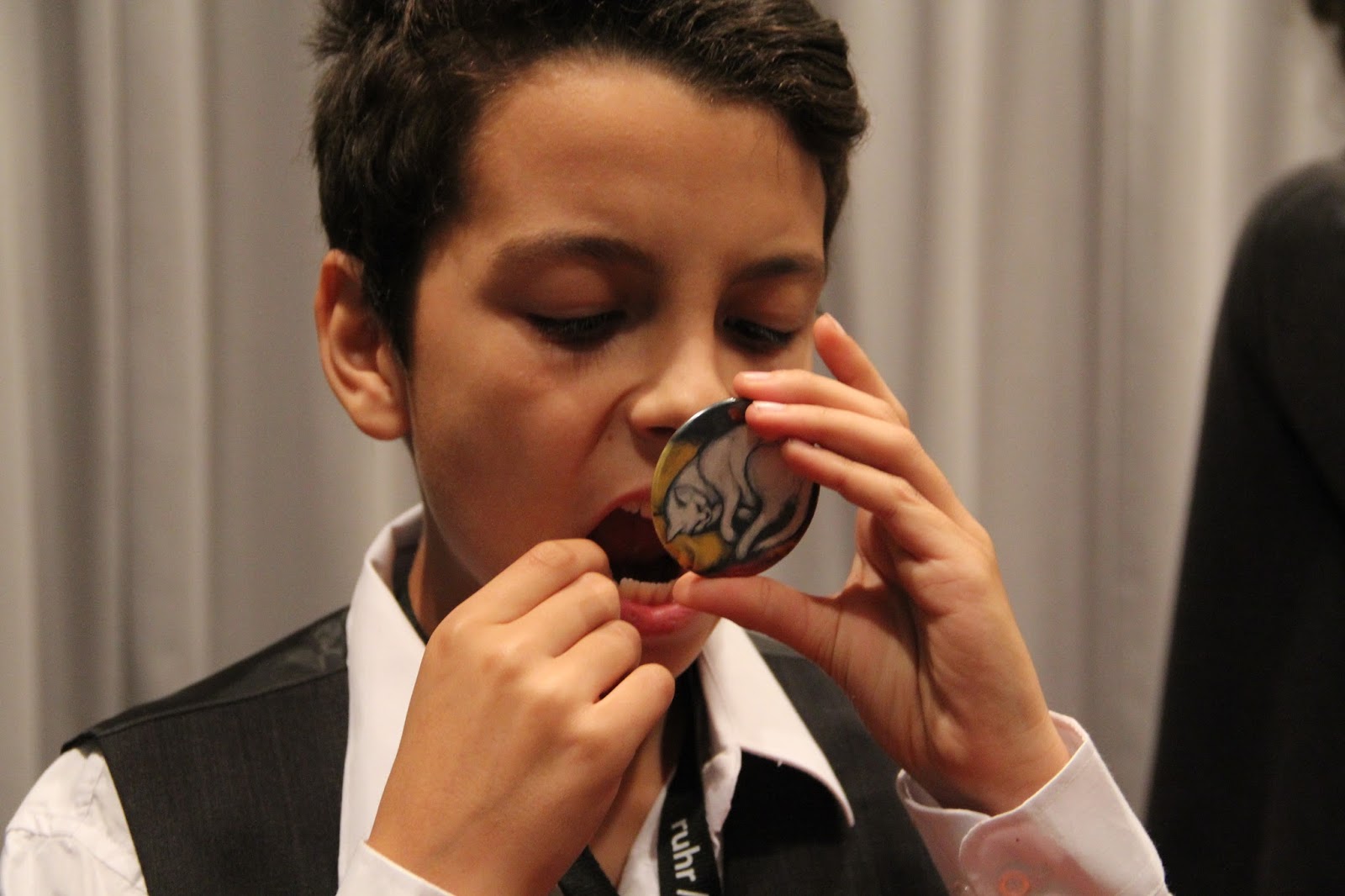 which very soon, CAME OUT!! 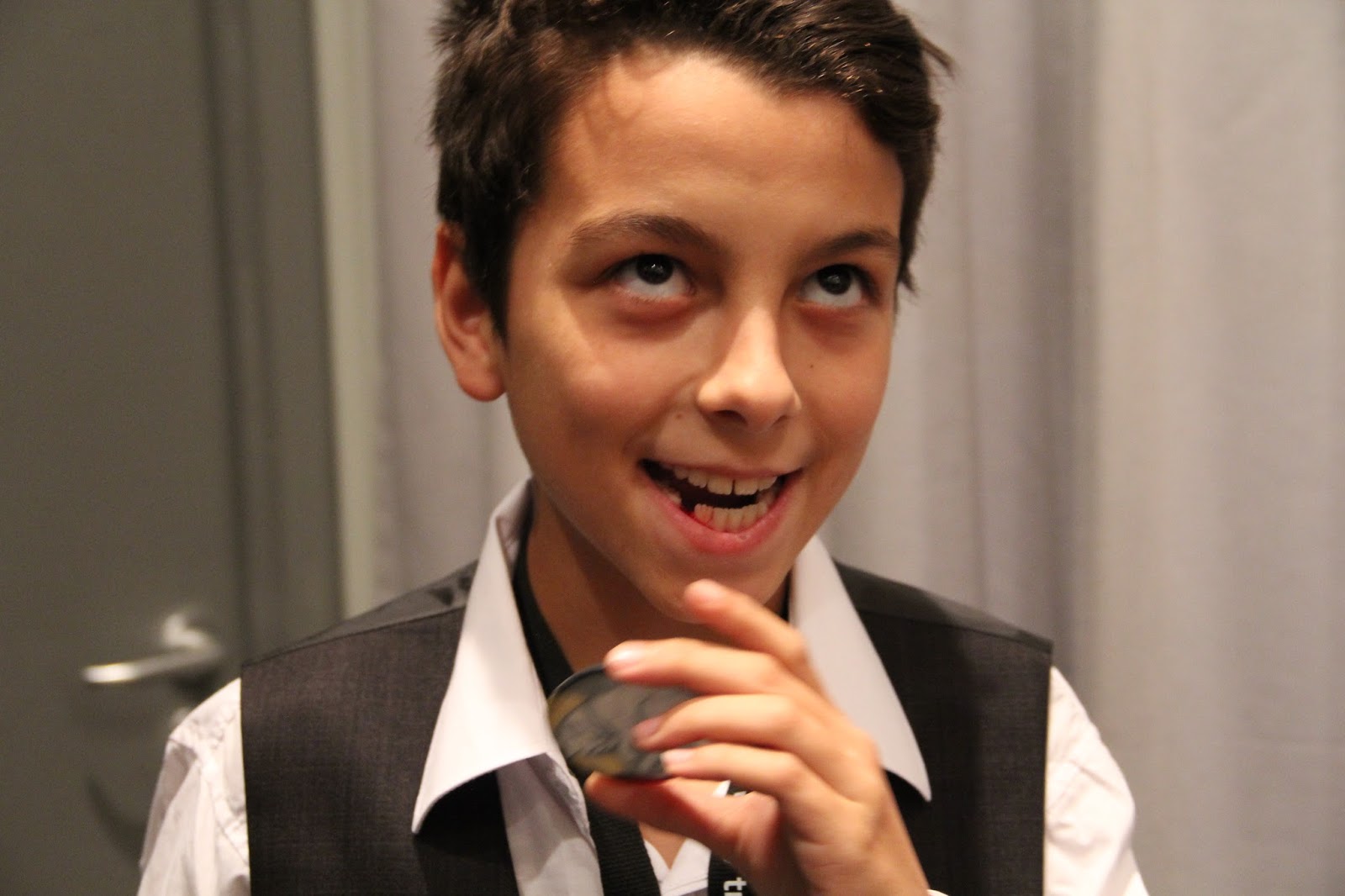 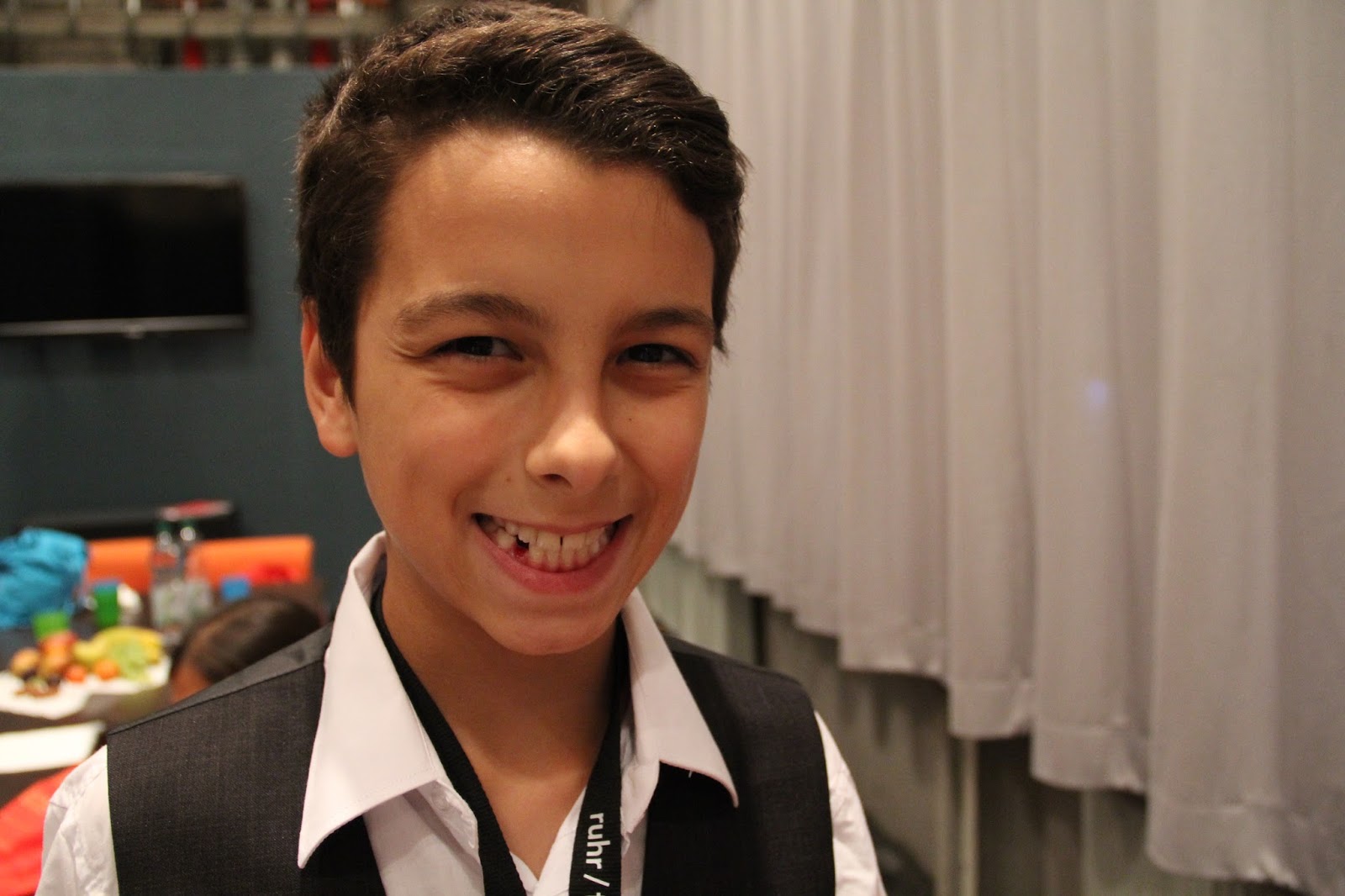 ANDDD Enrico was turning 13 at midnight!!! We sang him Happy Birthday "Canadian style", which means it was ok to do it 35 minutes before his actual birthday... 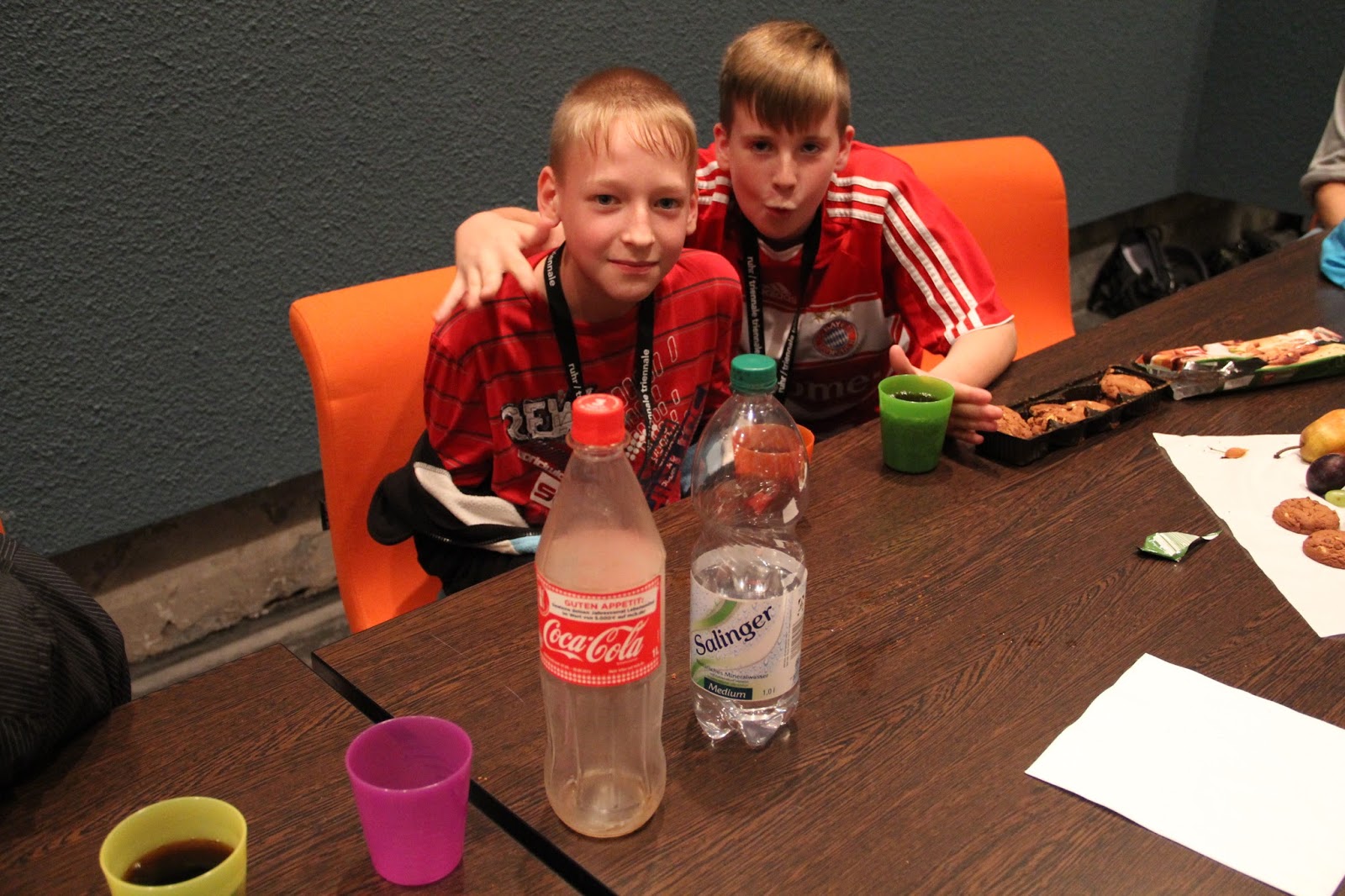 HAPPY BIRTHDAY ENRICO!! and see you all for another double-bill on Sunday!