And straight on the heels of yesterday's Sigur Ros, another contemporary music concert with eye-popping visuals. It's almost too much work on our eyeballs. Everyone agreed that the visuals were amazing, but the political messages were a lot to take in for a single two-hour show. Some of the jury thought that the black face-covering was a statement about identity, and that Anohni was channeling the identities of the faces lip-syncing on the projection behind her.

But mostly we were tired, and cold, and waiting around for taxis. But not too cold that Emma, Lily and Daisy weren't coerced by Hazel, one of our Mammalian coordinators, into picking up James for a group photo. They only dropped him two or three times, at most. Well done! 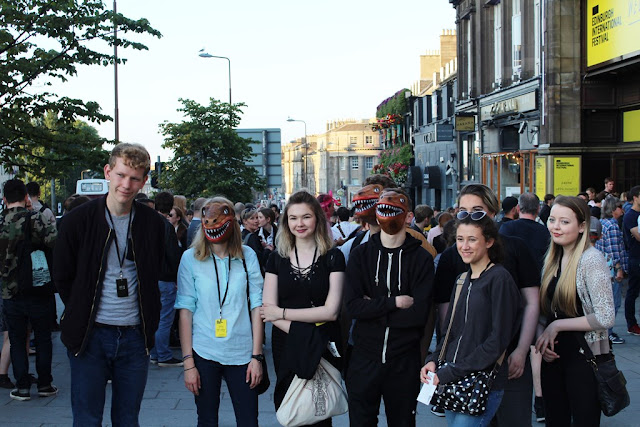 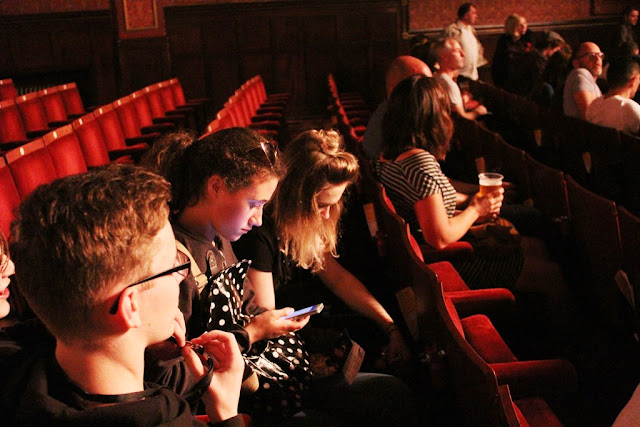 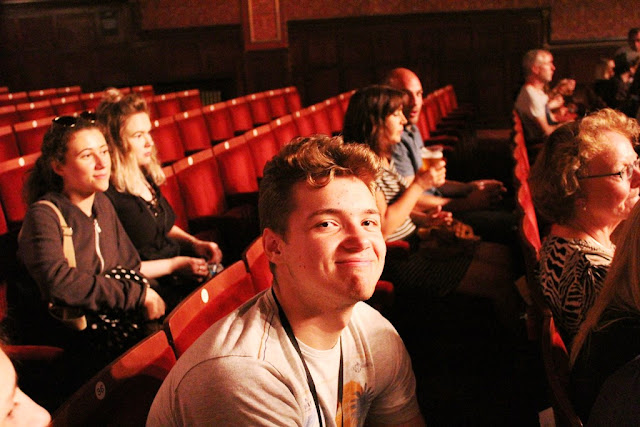 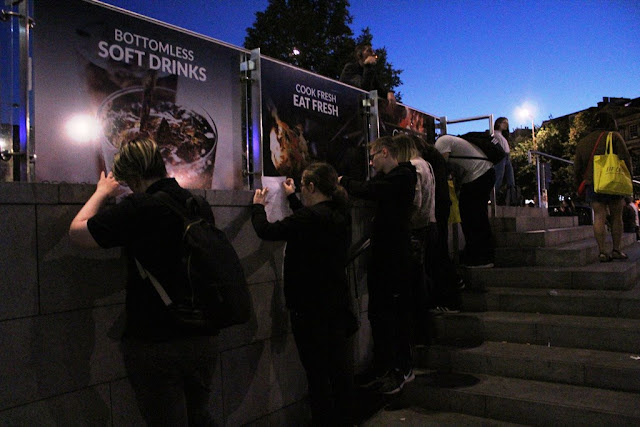 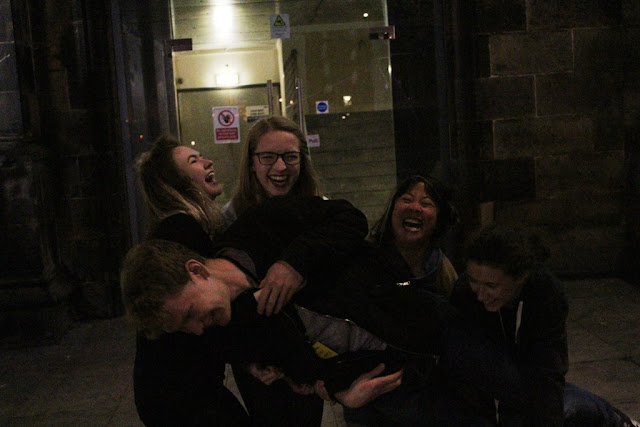 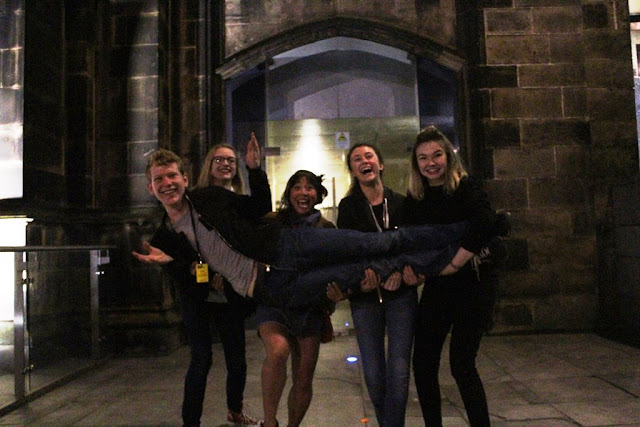 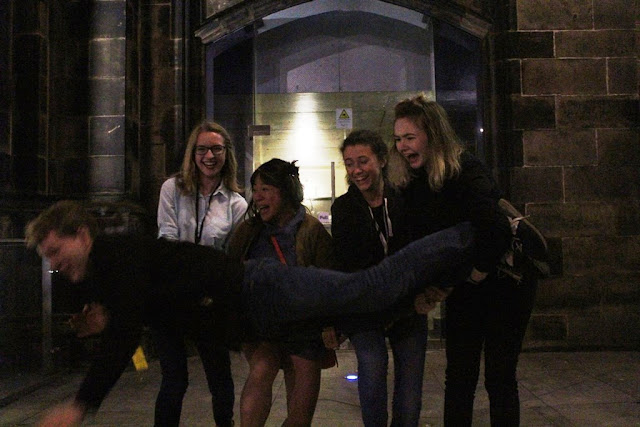 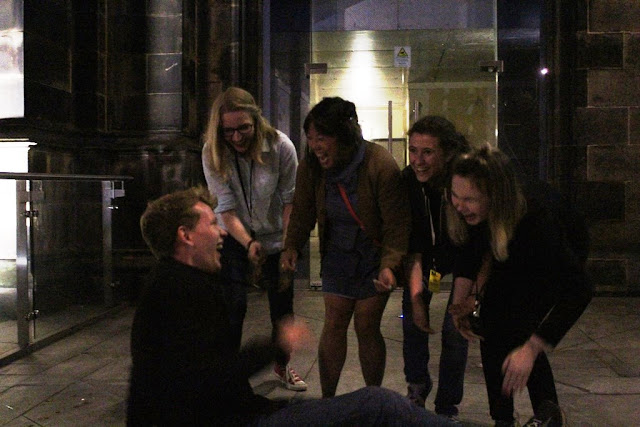