We've shaken up the Children's Choice Awards, appropriately renaming it the International Festival Young People's Awards, as we're working with a group of twenty teens from five Edinburgh schools. These local youth have been appointed the official Festival Jury, and will come up with their own criteria for judging all the work at the festival. After a month of theatre, opera, music, dance and more, the winning shows will be revealed during our (FREE!) awards ceremony on August 27th.

Today we held a creative workshop at Castlebrae Community High School where the teens hand-made the awards that will be presented later this month. 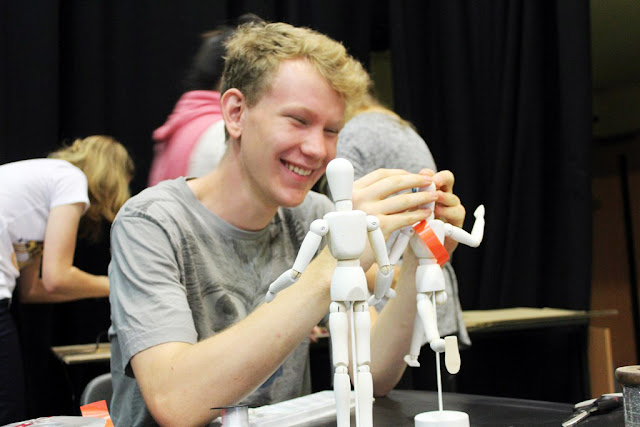 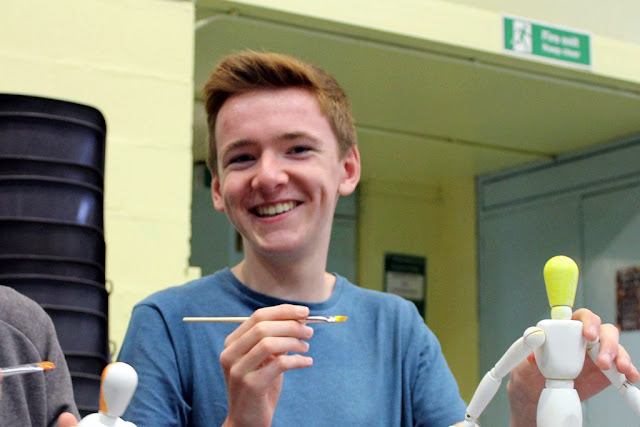 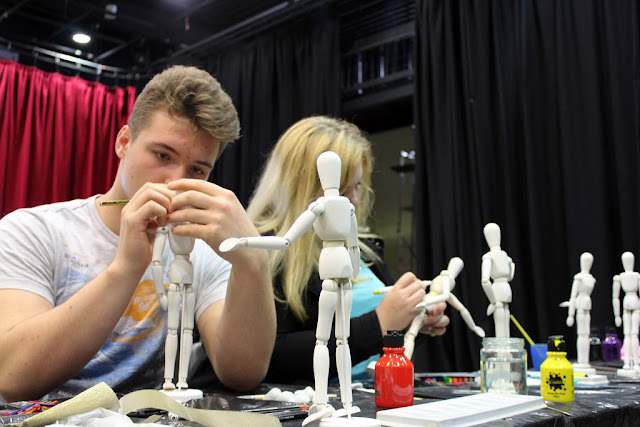 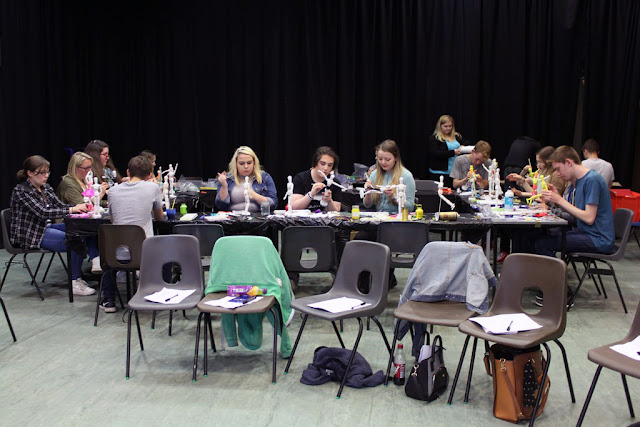 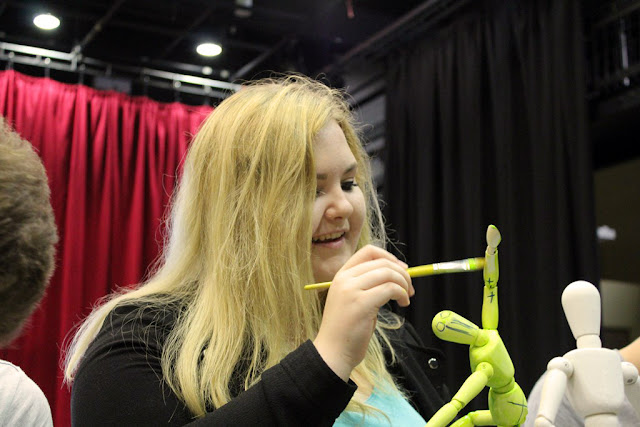 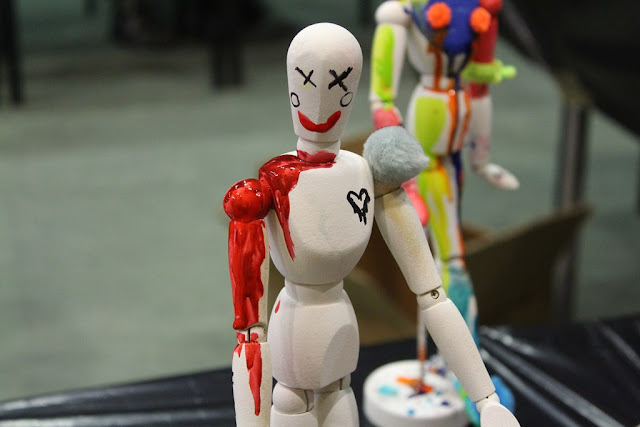 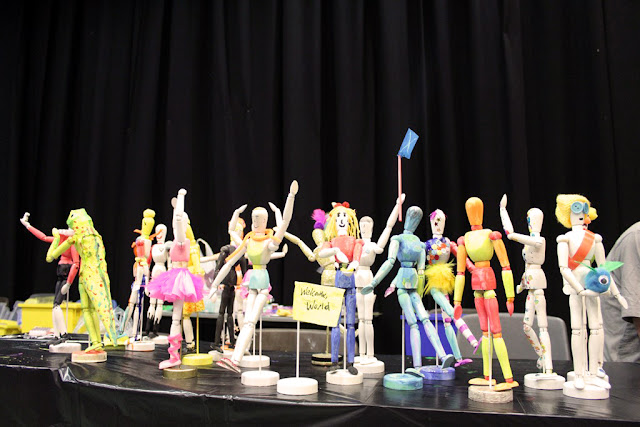 After the workshop, we were invited to Castle Rock to get a behind-the-scenes tour of the lighting and music installation for the Festival's opening event, Deep Time, an epic outdoor light show that will be projected on the sides of Castle Rock and Edinburgh Castle. It took a team of ten animators and extremely powerful computers to create, and the final show requires 42 projectors in total to execute. We were greeted by the director and producer from the production company, who also gave us a brief tour of their setup. 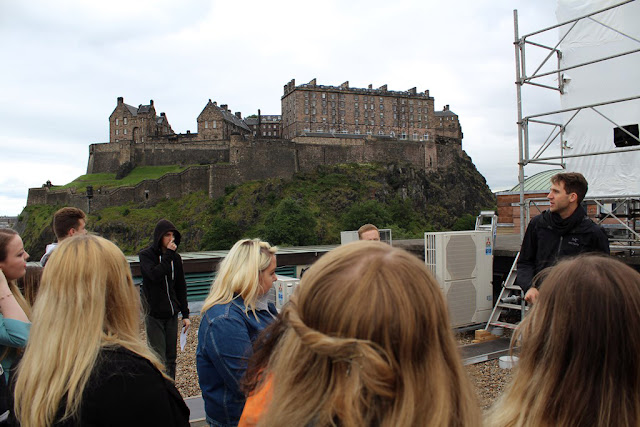 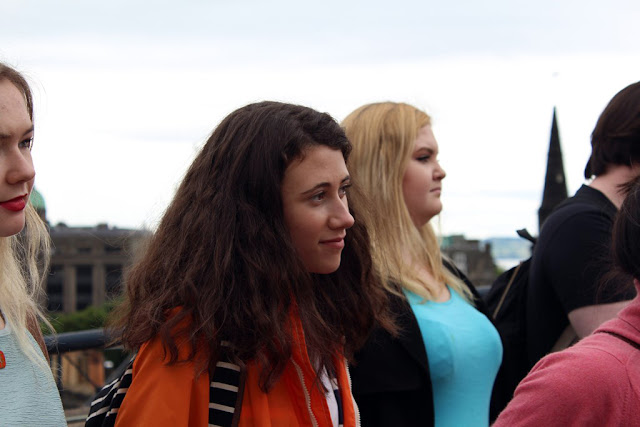 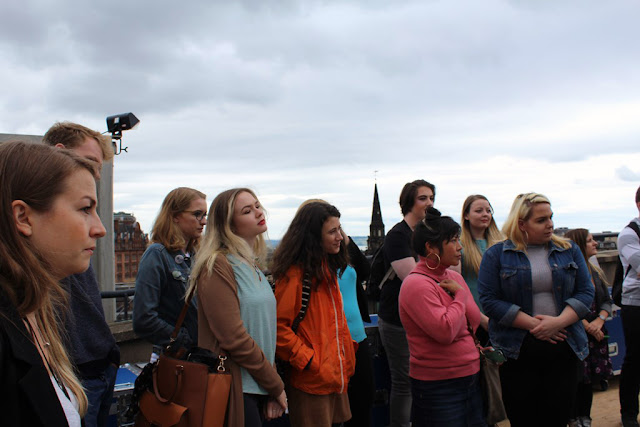 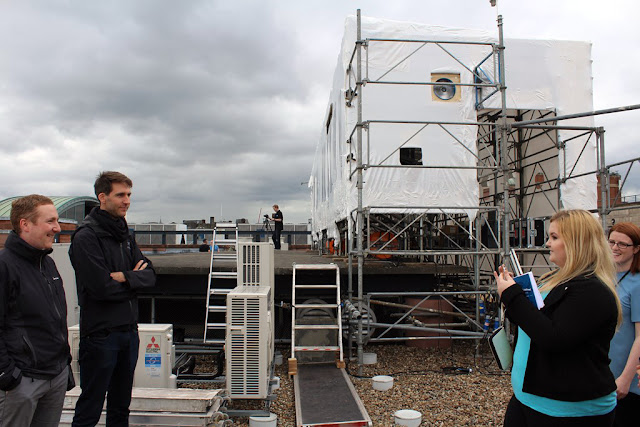 Here they are - Leo and Richard, the director and the producer from 59 Productions. We asked them to film a premature acceptance speech right there on the rooftop, in case they can't make it to our awards ceremony.

Each show seen by the Jury will win an award, but which one remains to be decided! 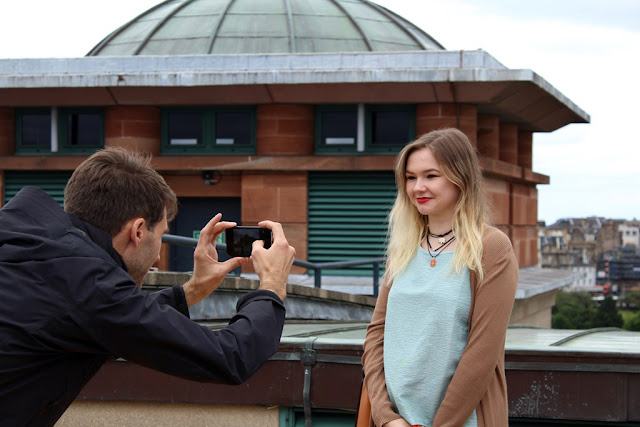 Deep time includes audience-submitted portraits of people in Edinburgh. It's too late for regular festival-goers to submit their photo, but the Jury are VIPs, so we managed to squeeze in some last minute photos; and with a backdrop of Castle Rock itself, no less! Very self-referential. 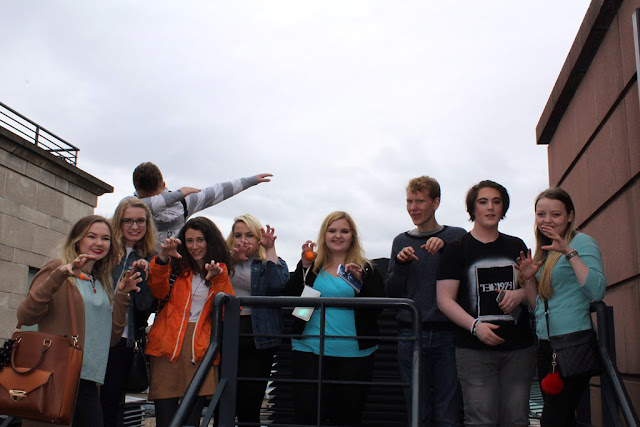 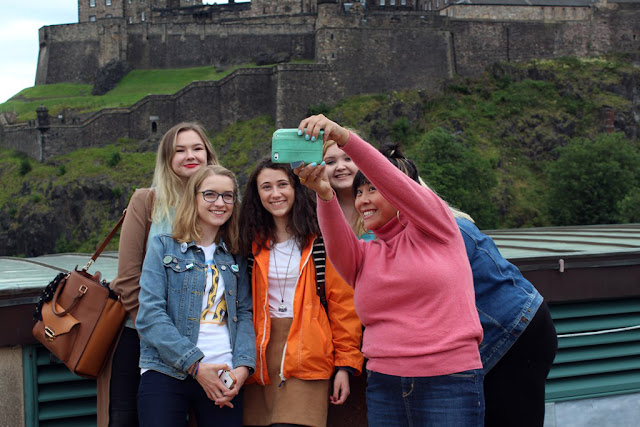 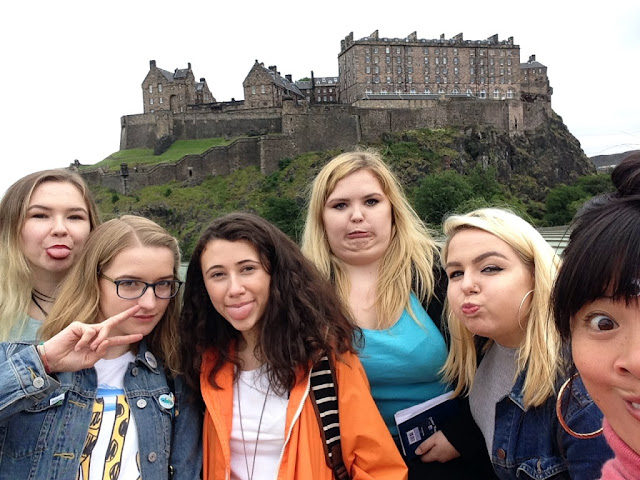 And one last group selfie to finish the day!