The first performance the Jury saw together was Teppei Kanuji's tower (THEATRE). They didn't know what to expect. We rolled up in VIP treatment and the Jury walked the red carpet for the first time! The performance was a very interesting fusion of sculpture, performance, music, and script. They had lots to say when the performance was over and got to interview the artist, himself. 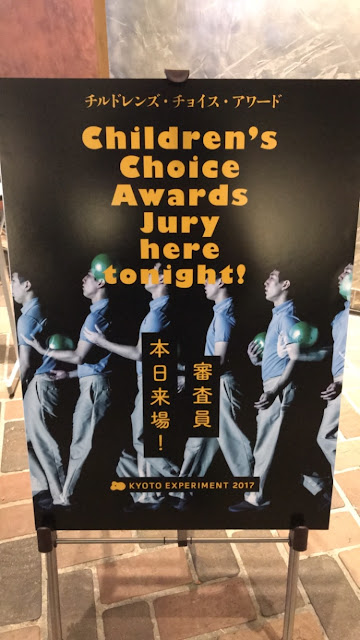 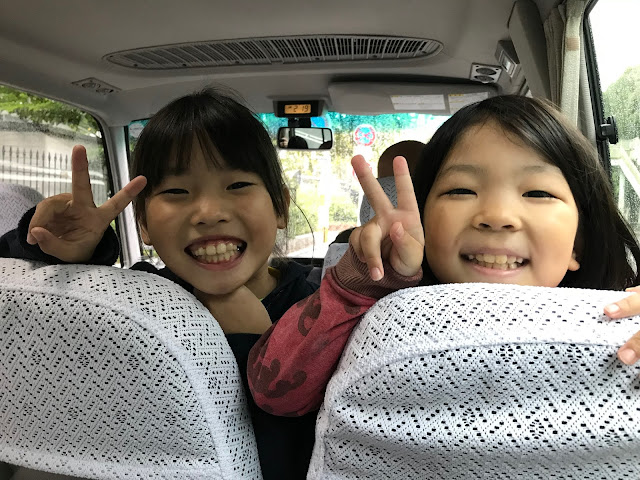 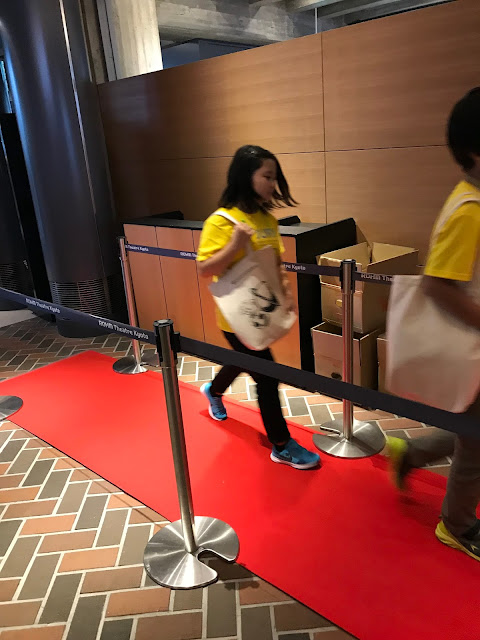 Iko was shy on the red carpet. 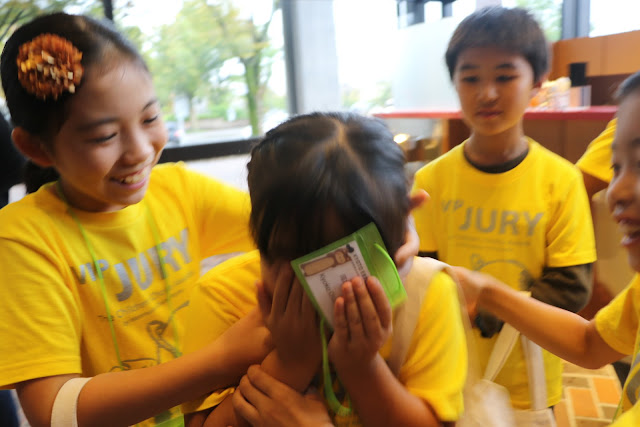 Hard to believe all of the VIP treatment. Some were shy some were scared some were excited! 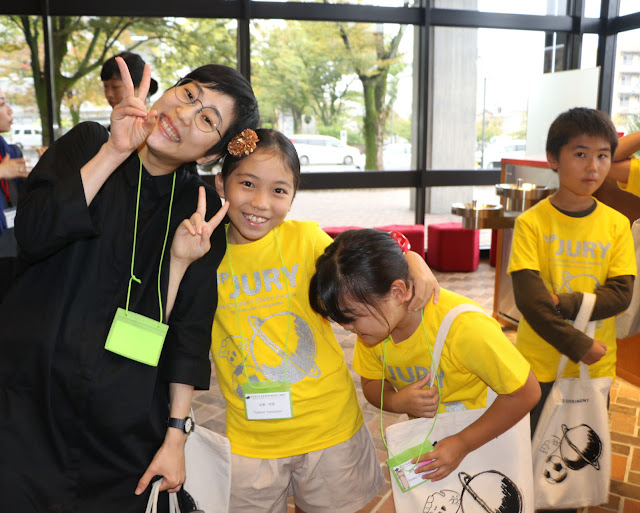 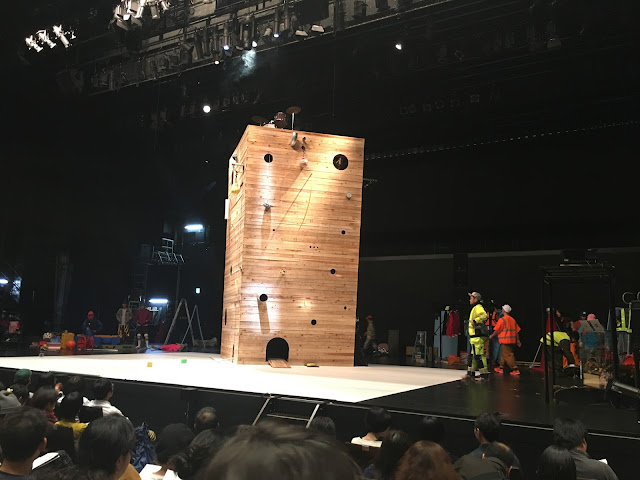 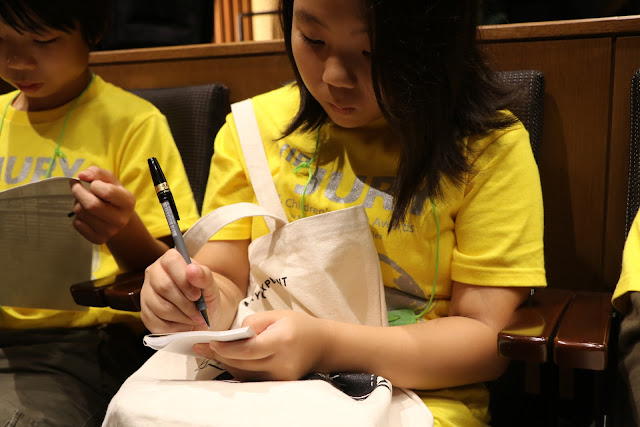 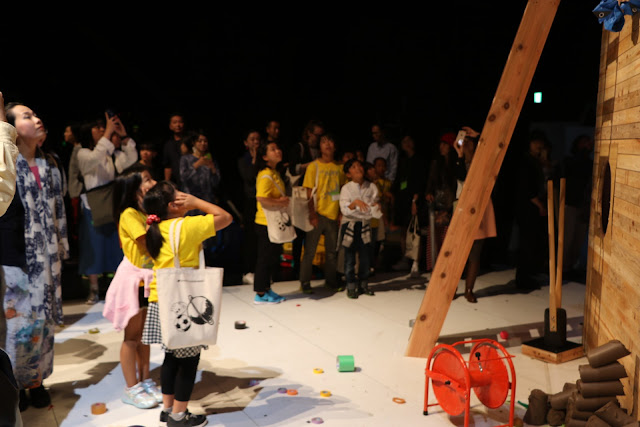 After the performance the audience got to go onstage to check out the work. 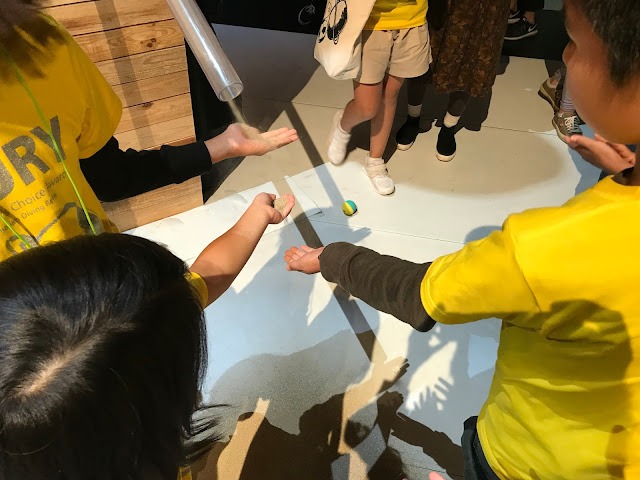 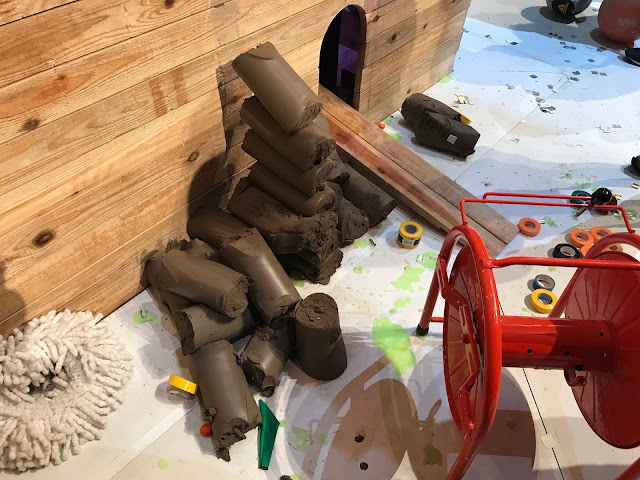 What was this supposed to represent..... 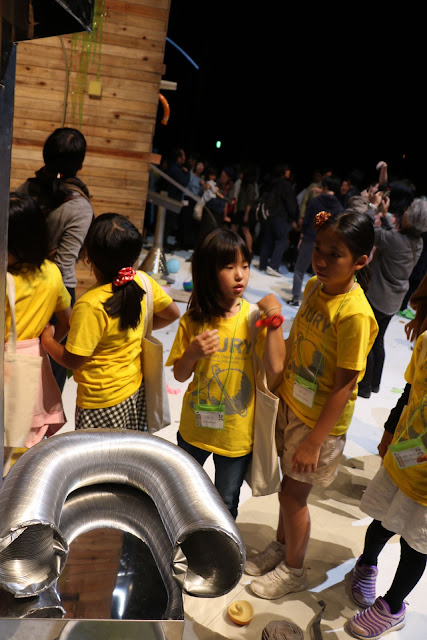 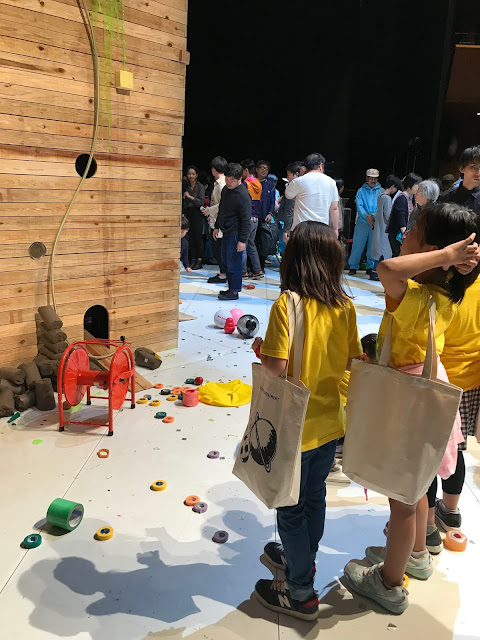 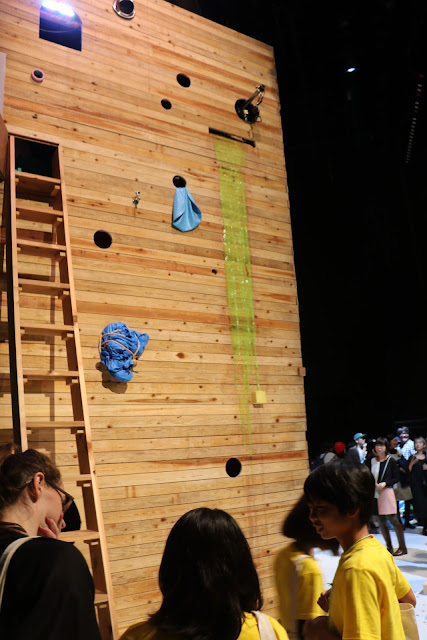 The jury agreed that the slime was their favourite thing that came out of the tower. 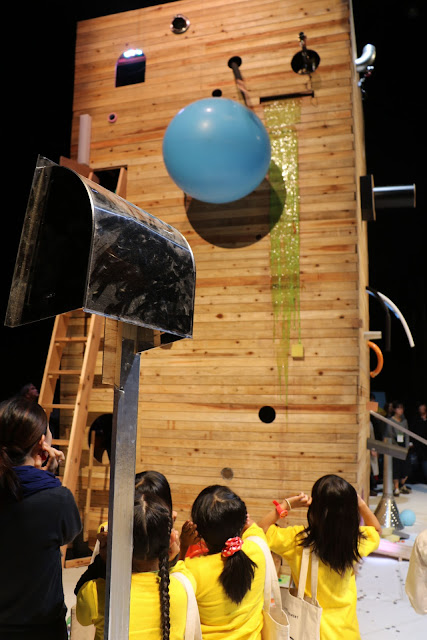 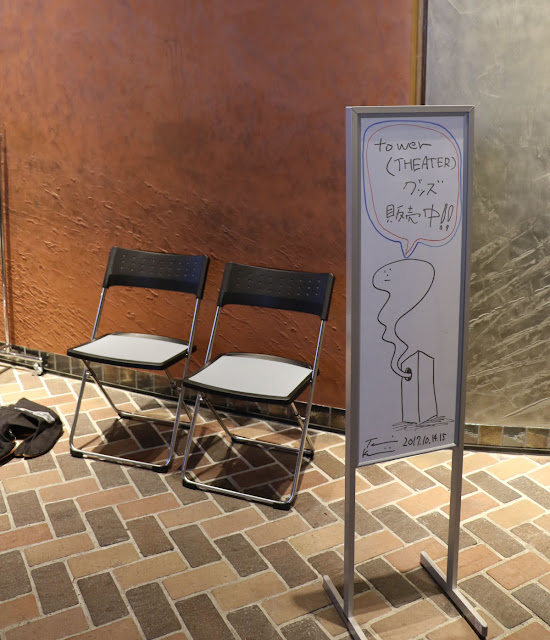 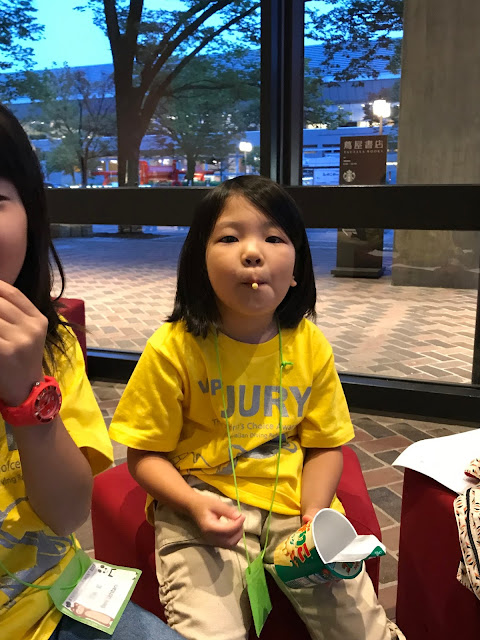 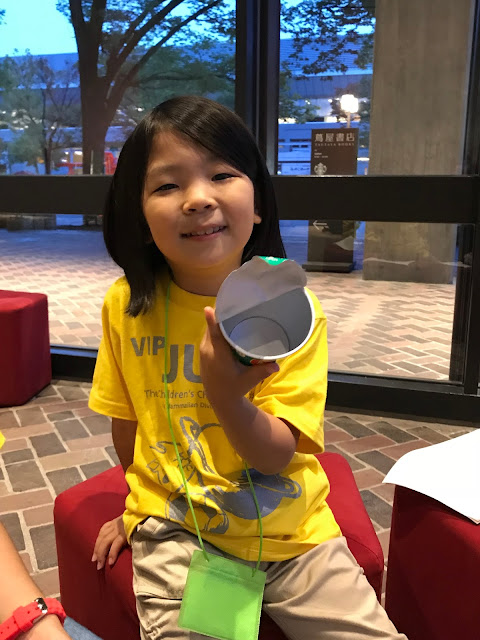 Sani felt pretty hungry after the performance was over. 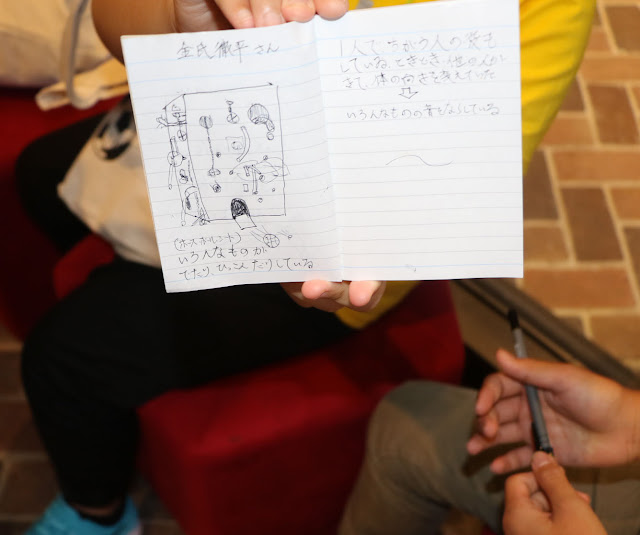 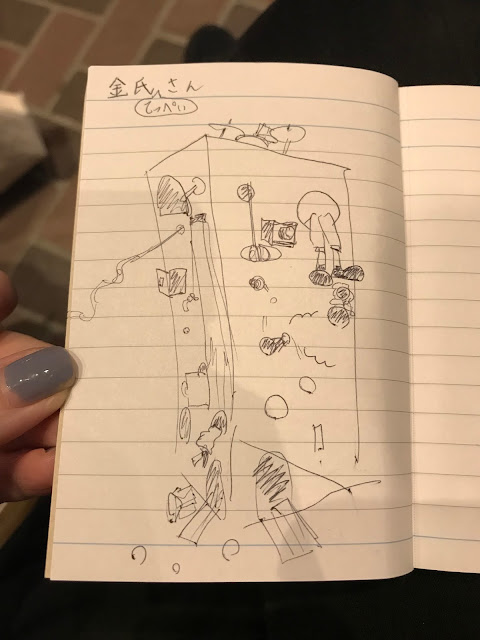 Some of the jury made drawings - we showed them to Teppei and he thought they were great, even better than what he could make. He said this project started with drawings, too. 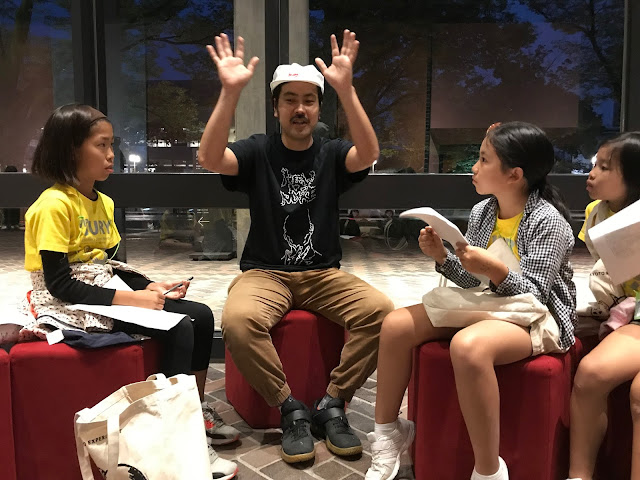 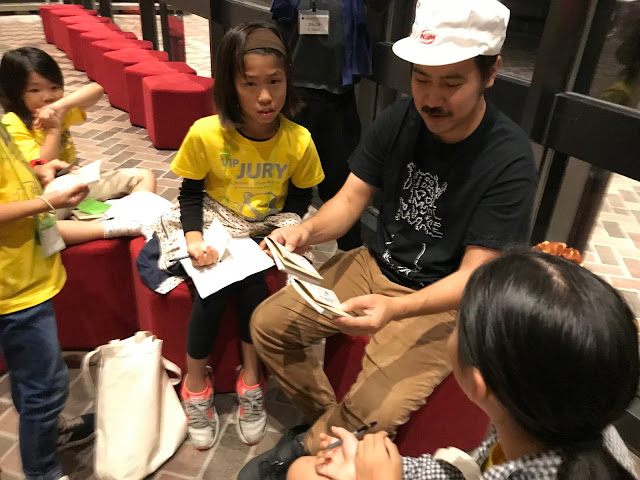 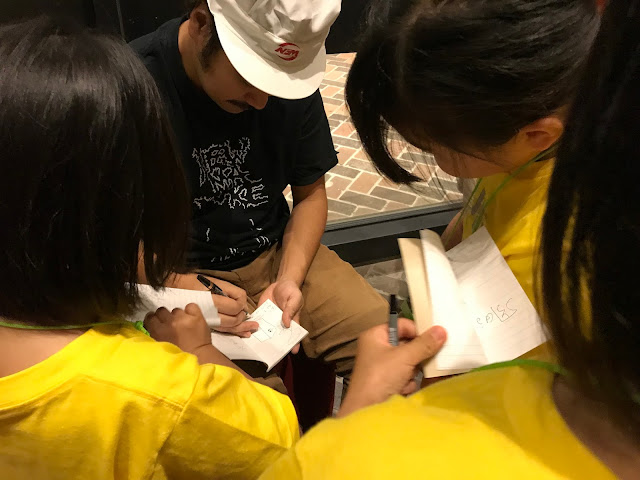 Teppei talked a lot about collaboration and how much time this type of project takes. The jury grilled him on how many individuals he hired and the amount of effort it took from start to finish. I wonder what award he will get for the piece? 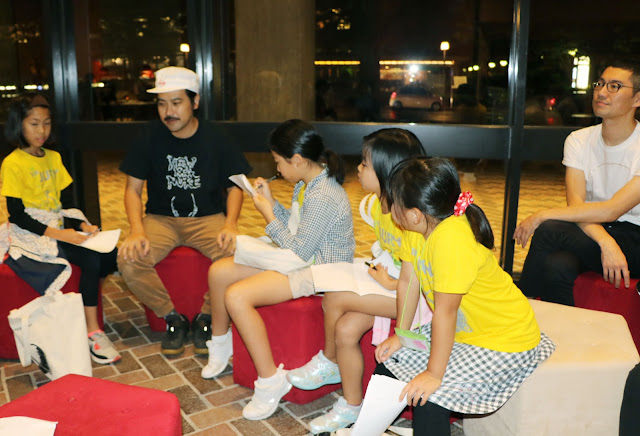 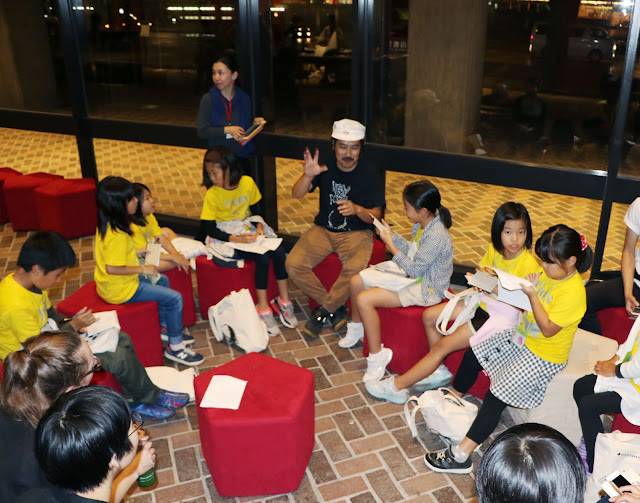